Aboard the Wizard’s Eye

The Wizard’s Eye—a 44-foot steel-hulled sailboat that carried Captain Tyler Bradt and his crew across the Pacific last year—currently resides in dry dock in Fiji waiting to start the second leg of its around-the-world journey. When we spoke with Tyler last week, he had just returned from a stint running waterfalls for a television shoot in Chile, and now he was keeping a wary eye on a tropical depression that looked like it could hit Fiji as a full-fledged cyclone. If the storm hit, he said, he’d have to go fly out right away to check on the boat; even in dry dock, a powerful storm could wreak havoc. Such is the life of a professional kayaker turned global expedition leader. 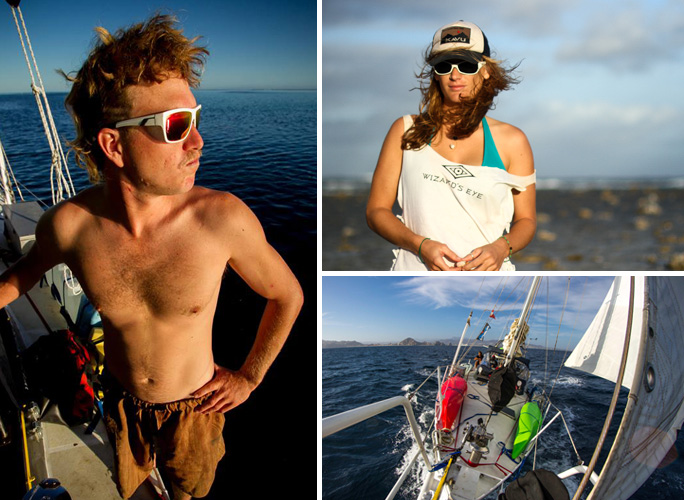 The first leg of the Wizard’s Eye Expedition was something of an education for Tyler. While complicated logistics were nothing new for him (see the Grand Inga Project), being responsible for a vessel and its crew on a trans-oceanic voyage required a whole new level of managerial and logistical skill. But, like the time he ran the world’s biggest rapids, or the time he ran 186-foot Palouse Falls, he pulled it off. With style.

Sure, there were mechanical troubles, and they ran a little lower on food than they would have liked, and there was a scary encounter with a jellyfish, but the boat held strong and the crew had the time of their lives. There were stops in the Marquesas, the Tuamotus and the Society Islands with time-outs for kayaking, BASE jumping, stand-up paddling, surfing, snorkeling, spear fishing and hanging out with the locals. The Wizard’s Eye video series, now available for viewing on Outside TV, captured all the action and drama.

Now a veteran of the seas, Tyler and a rotating cast of crewmates will write the second chapter of the Wizard’s Eye story, which will combine kayaking, surfing, base jumping and other action sports with a mission to see the world using sustainably fueled transportation. Not least among their goals is notching  first descents of rivers in Papua New Guinea using the sailboat as a base of operations where the rivers meet the sea. It’s always a little hard to pin down exactly what he’ll do next, but you can always count on Tyler to do something big.