The Far Right Line: Reflections on Hiking Out

After Getting Busy, I pause to catch my breath, shake my arms and pound the deck of my kayak. “Wheew! Ok, guess there’s some rust there!” I’m NOT in great shape, certainly not for the Little White Salmon. Then we’re peeling out for the lead-in to Boulder Sluice. I get a bit spun and bobbled, but I line it up well for the launch pad and send it flying on one of the best boofs of the river. At 4’2” on the gauge, the Little White Salmon doesn’t give you time to celebrate. I land, make a correction stroke, and then pull hard for the Knuckle Boof. I think, “I just don’t have the power in my strokes. How many weeks since I’ve been in my kayak?” But, again, I can’t stop till the next eddy. I take two breaths, then peel out. 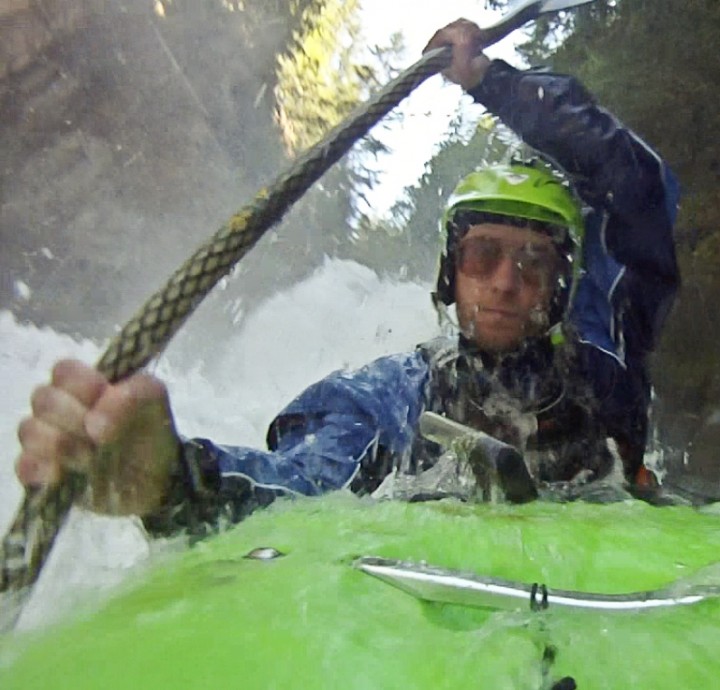 That day on the L-dub, I couldn’t have asked for a better crew to paddle with. Even though the winter has been exceptionally dry so far, none of the boys had been just sitting around; people had been paddling the Green Truss section of the White Salmon, and on the Wind River. Others had just gotten back from Chile or Mexico; everyone was in pretty good shape, except me. This is an off-the-couch session… on the Little White Salmon… at 4 feet, two inches.

Below Boulder Sluice and the runout, we have the Toaster Slot, some boulder garden jumble, a zig and then a zag directly upstream from a giant log inches above the river. Again, I felt a shakiness in my arms, and as I ducked the far right side of the log, I felt my edge catch, and I flipped over in a series of small holes. I rolled, quick-ish, but was a second too late to catch the eddy above Island Drop, one of the chunkiest boulder cascades on the river.

At this point, the one thing that stands out in my head is thinking, “Okay, well, let’s just commit to this, then. This is what is in front of you. Do it.” I took a deep breath, spun my bow downstream, and dug in my right blade to get up and over the entry hole. Even then, it struck me as funny, a comedy of errors, that I couldn’t get over it, that I’d catch my edge and start banging into boulders. After one roll attempt, resulting in a face full of boulder and scraped knuckles, I tried to tuck up and protect my shoulders and head and face. I took the second ledge sideways and rolled up briefly, then, bam! upside down, slamming my the back of my head and forearm into more rocks. I got partially pulled out of my boat, my knee and hip sliding out.

“No, just hold on, be patient. This isn’t that bad,” I told myself. I could deal with small things like a bleeding face and broken glasses.

“Wait, is my wrist broken?” Bam, another rock. 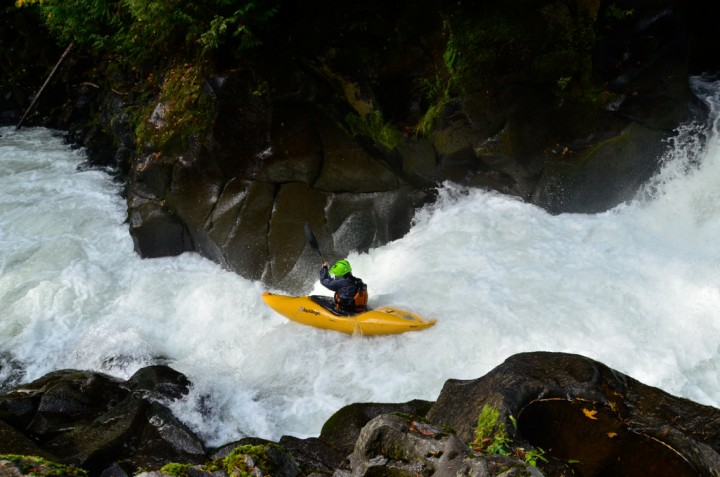 Finally, the feeling of a deep pool and joining the swift current. I rolled instantly, sprinted toward the eddy on river right, shaking my head, smiling, and trying to wipe the blood out of my eye. “F@<% that!,” I said, laughing as I clambered out of my boat. After taking hits in sports like kayaking, skiing and mountain biking, it might be a universal practice to curse and laugh, alternatingly, and then take a slow minute to just sit or lie down to take personal stock of all extremities and mental clarity.

“How bad is this pain? Have I felt this before? When?” I lie down on the thick moss on the bank of the Little White Salmon to catch my breath and wipe away the blood.

It’s great to have friends around—other eyeballs to look at the cut on my eyelid, and to laugh ruefully with me. I looked around and saw faces showing a mixture of feelings. All were happy to see that I wasn’t hurt; some were eager to get moving again, some were already thinking about the next drop; some were disappointed to see me “beater” this drop (or maybe I was projecting that, ha!) The bottom line is that I knew in that instant that I would hike out. Truth is, I was winded, bruised, shaken and, yes, I was scared. The river was high, and I was out of shape. Bad things happen when you push for something and aren’t ready to follow through with it.

Growing up as a kayaker, I’ve always had a long-term perspective about paddling hard lines, hard runs. This is something that I want to be doing when I am 70. When I was 17 and just getting into paddling Class V regularly, one of my hometown heroes, Dugald Bremner, passed away on the Silver Fork of the American. Dugald was a Grand Canyon boatman, photographer and kayaker. Plus, he was handsome and smart. He made good decisions, and yet he still died on the river. Over the years, I have known too many good people that have died or been seriously injured on the river. 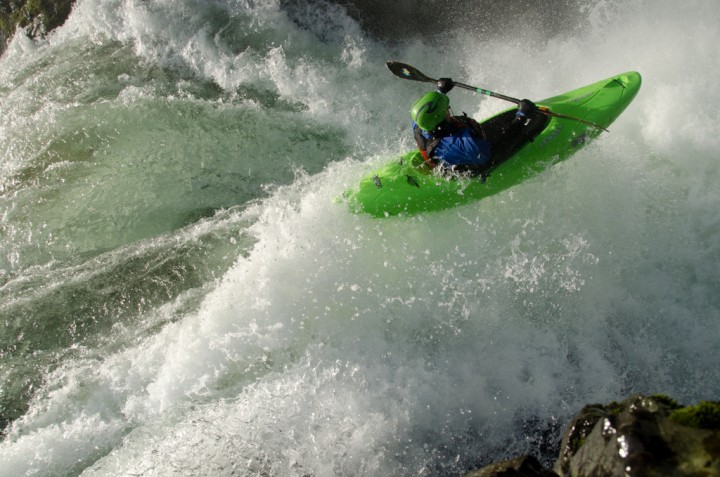 Another home-town hero, Lars Holbek, while paddling the Lower Kern in California, taught me to know when to take the “right line.” We were scouting Royal Flush and it was definitely the hardest rapid that I had thought about running up to then.

“Adam, the far, far, right line.”  He winked at me, grabbed his paddle with his toe, slung his Wavesport Z on his shoulder and started walking up the hill.

It is good to be humbled a little and to heed your guardian angels. It was good to hike out that day with thoughts of my mentors, with caution and confidence.

“And, seriously, Adam, get in better shape.”