The Chinese Experience: A First Descent

In August 2015, seven children under the age of ten and their moms traveled across the globe from their hometowns in China to raft world class whitewater and experience the love we have for our rivers right here in Idaho. 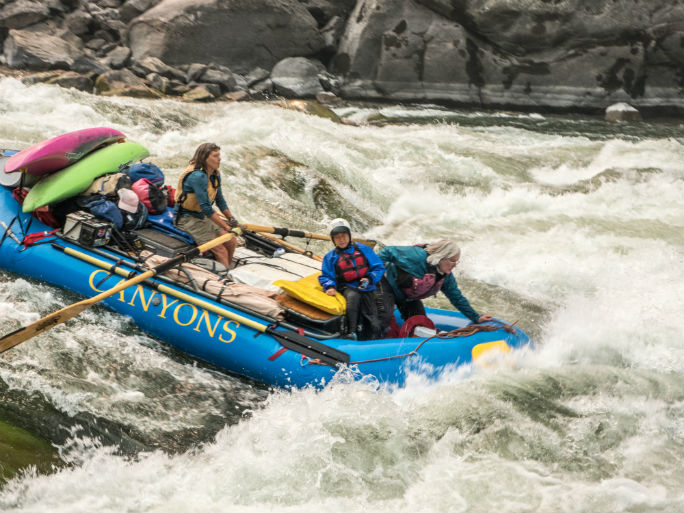 In the words of Travis Winn, owner and operator of Last Descents River Expeditions in China: “We organized the Idaho trip with the idea that the kids and the families could experience and be inspired by a place where river conservation and river recreation are much more mature. It is easy to just get hopeless in China when confronted with the problems, but visiting the western U.S. can bring a bit of hope. So I think that’s a really important thing for people in the U.S. to appreciate, is just how lucky we are to be in a place where so many of the different values of rivers are appreciated and protected.” 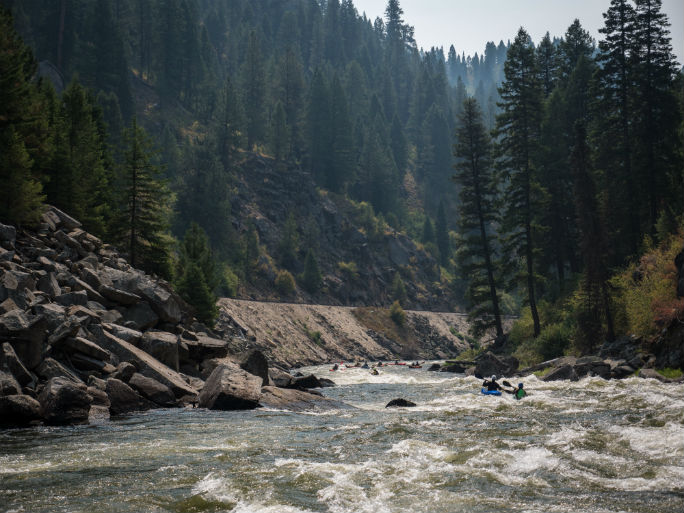 North Fork Payette | The children from China and their moms spent four days on the Payette. Here the young kayakers are practicing on the Cabarton run. 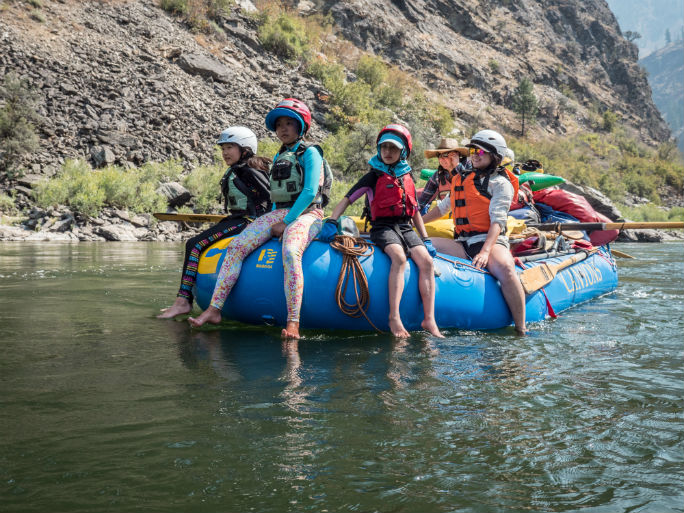 Main Salmon River | As the trip continued, the paddlers began to relax and become more adventurous on the water. 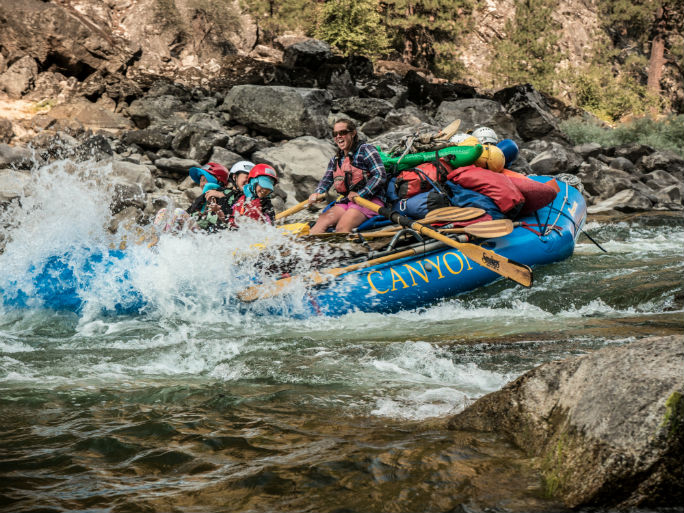 Charging a Class III | Canyon’s guide, Kelli O’Keefe, shows the kids how to have a little fun challenging bigger water in the in the big boat. 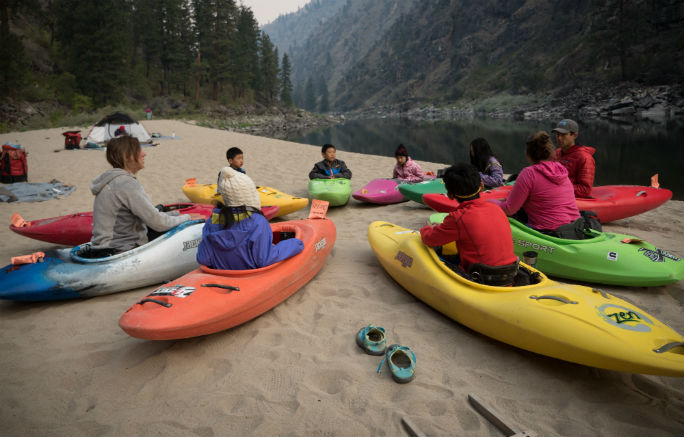 Night One on the Salmon | Devon Barker-Hicks and Travis Winn teach the basics of edge control and the wet exit on the beach. Using the terms tuck, pop, push as the steps to the wet exit, the instructors exaggerated the sounds to go with their moves. Travis Winn translated for the group. The students enjoyed working on dry land as they were trying to master the language at the same time. 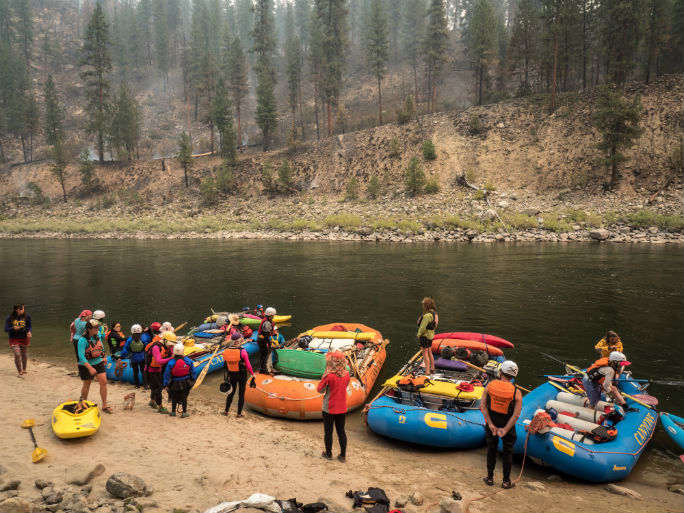 Morning Prep | Part of the foundation for this trip was to allow the young Chinese paddlers to witness the love we have in the United States, especially Idaho, for our wild rivers. As part of the practices of “love it, leave it clean,” Leave No Trace, and pack-it-in-pack-it-out principals, the group took time each morning to sweep the beach for micro-trash before setting out for the day. 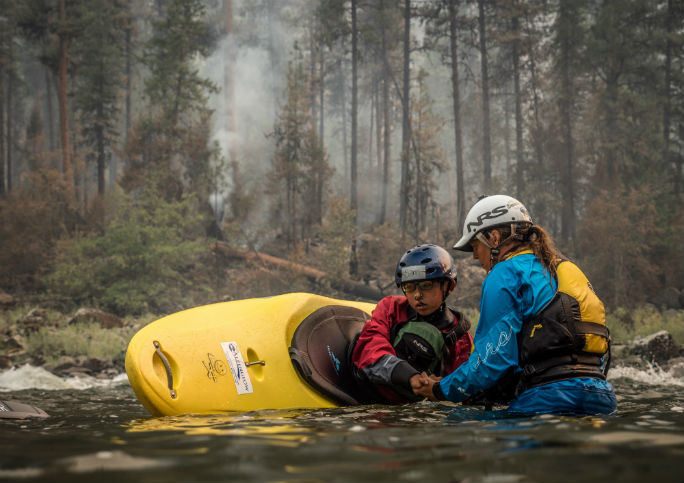 Roll Session | In August of 2015, forest fires swept through the banks and wilderness of the Main Salmon River, threatening existing rafting trips and cancelling others. The kids were lucky enough to finish their trip without incidence, but the burning forest in the background, made this kid’s rolling session with Devon Barker-Hicks that much more memorable. 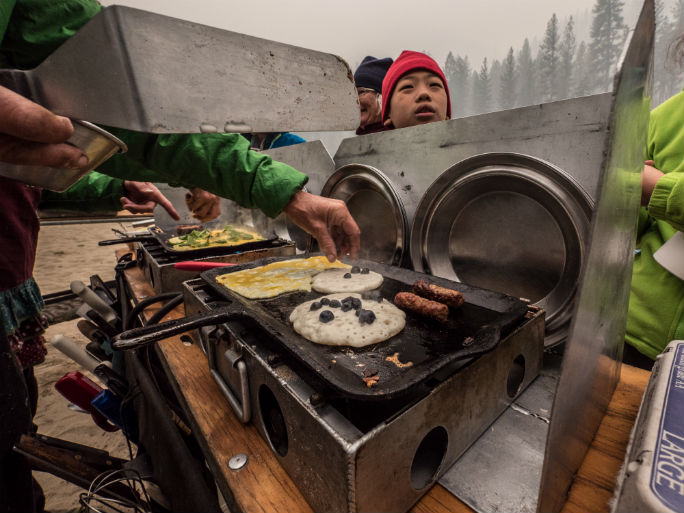 Breakfast on the Salmon | Canyons’ guides speciality: made to order breakfasts for all the guests. 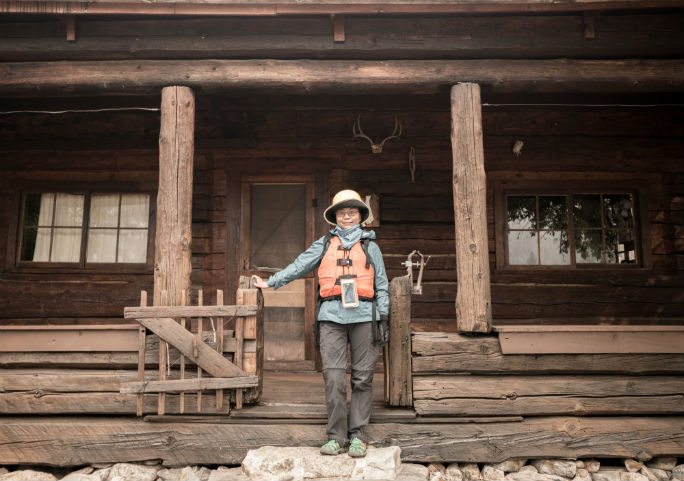 Historical Salmon River | One of the kayaker’s mom poses in front of the Reo Wolf homestead on the Salmon River. Reo lived and homeschooled her children along the banks of the river.

Charging the Language Barrier | The instructors faced many challenges, including communicating between the paddlers who’s native language was not English. During the dry land class on the second night on the Salmon, Devon used the acronym PASTA—Position, Angle, Speed, Tilt, Adjust—to teach the kids how to do eddy turns and peel outs. 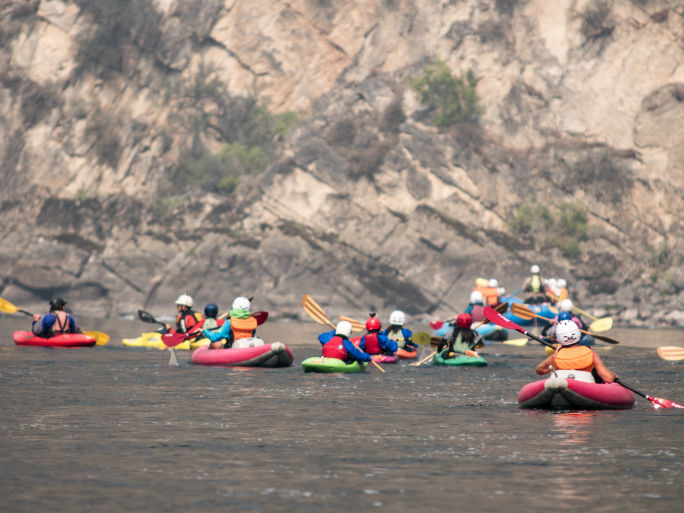 Duckys on the Main | To build their paddling skills and confidence on the water, the young kayakers took turns throwing tennis balls with the “chuck it.” Whoever reached the ball first, tossed the ball next. By the end of the trip all of the kids’ confidence on the water had grown and everyone was paddling. Even the moms hopped into a ducky or two. 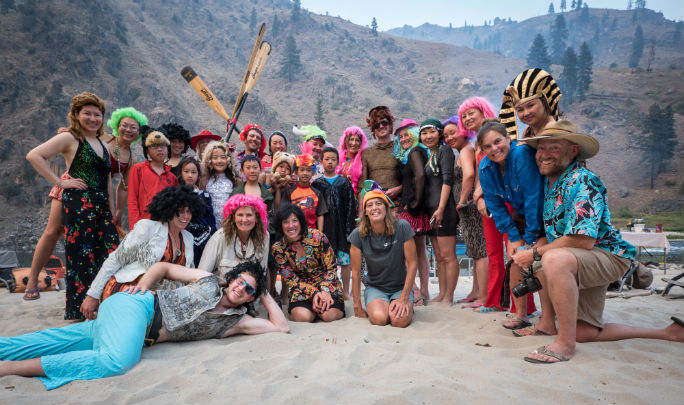 River Flair | Everyone in-tune with the river community in Idaho (and elsewhere) are familiar with “dress-up” night on the river. Although far less traditional in the growing river communities in China, that didn’t hold these paddlers back. 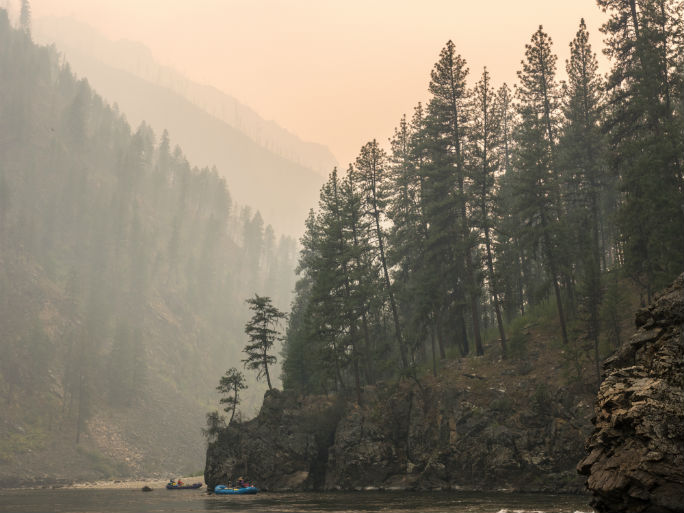 Whiplash on a Smoky Morning | At low water, there’s only a small rapid, but above 35,000 cfs, Whiplash is a huge ride with raging eddies and boiling lines on each side of the tongue of the rapid. 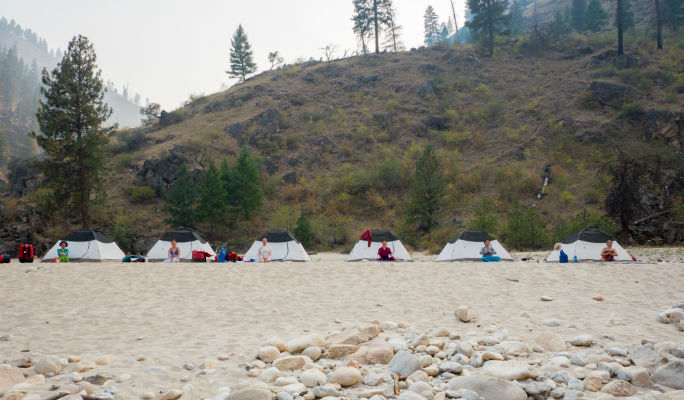 Final Days on the Salmon | As the smoke eased, the moms proudly posed in front of the tents they set up themselves. It’s hard to say who fell in love with the river more, the moms or the kids, but it’s safe to say that they’ll both be back. 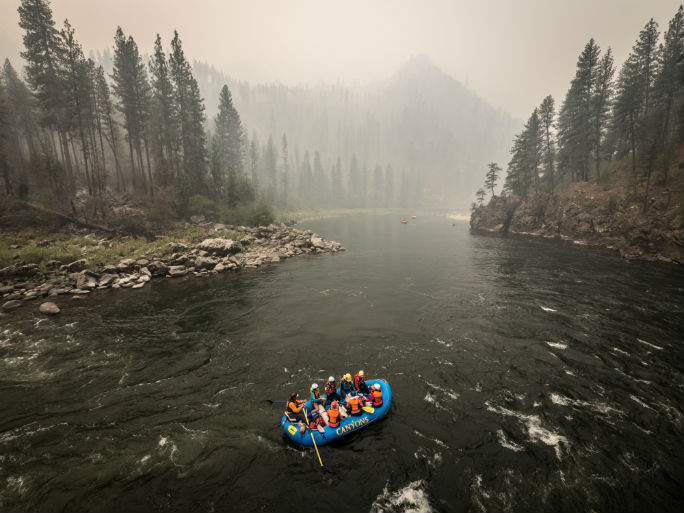 Smoky Salmon | This day the smoke was thick. The Forest Service closed the Main Salmon just after the trip took out due to more forest fires in the area.

This trip, as well as the pre-trip speaker series focusing on U.S. wilderness systems, their management, and the benefits and challenges of creating and maintaining those areas, was organized by Last Descents, a Chinese-based company owned and run by Travis and Weiyi Winn, (an American and Chinese husband-wife dream team). Last Descents is a company that operates from a heart fully rooted in sharing rivers both in China and abroad with Chinese, so as to inspire river conservation and preservation in China, a rampantly changing country and one arguably in a bottom tier of environmental consideration for future (and current) generations.

Last Descents and filmmaker, Will Stauffer-Norris released a beautiful film this spring, Salween Spring, dedicated to the on-going battle for preserving China’s free-flowing rivers. Watch the full film here. And stay tuned for future adventures with Last Descents and the next generation of China’s activists.

Editor’s Note: All photos courtesy of Will Stauffer-Norris unless otherwise noted.