I first heard of the Grand Canyon as a child when my father left on yet another river trip without me. A few weeks later, a postcard arrived in the mail, “Mailed by mule from the bottom of the Grand Canyon.” I studied the elegantly flowing handwriting of my dad. He wrote of towering waves and canyon walls, of dinosaur track fossils and the oldest exposed rocks on earth. But most importantly, he wrote of the dream of one day paddling the river together. 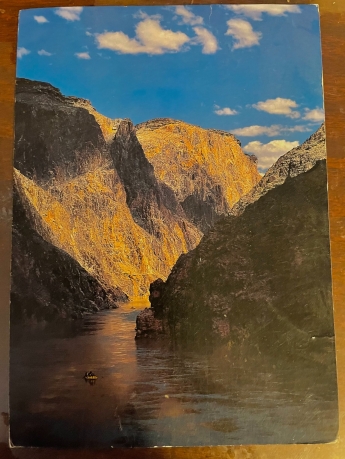 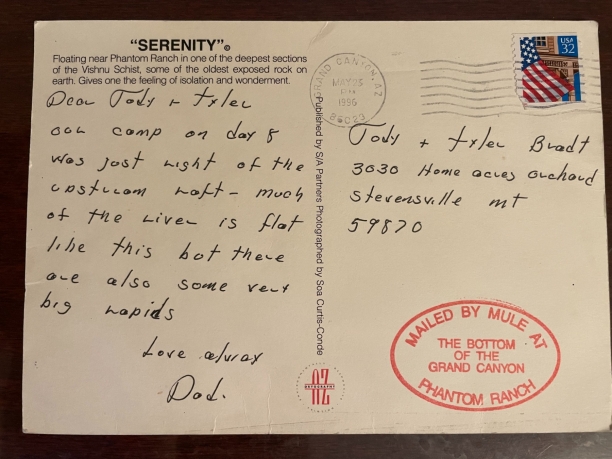 My imagination burst at the seams, visions of a place so wondrous, so adventurous, so full of the giant whitewater and river lifestyle I had only heard stories of. The images of huge whitewater and towering canyon walls imprinted in my brain and a single resolute goal stood in my mind: one day I would paddle the Grand Canyon beside my father.

The years rolled by and my dad continued to visit the canyon from time to time without me. School always interfered. I finally graduated high school and launched a campaign to paddle the world. It was then that our opportunity finally came. A friend of my father’s pulled the sacred permit and invited us on the trip. 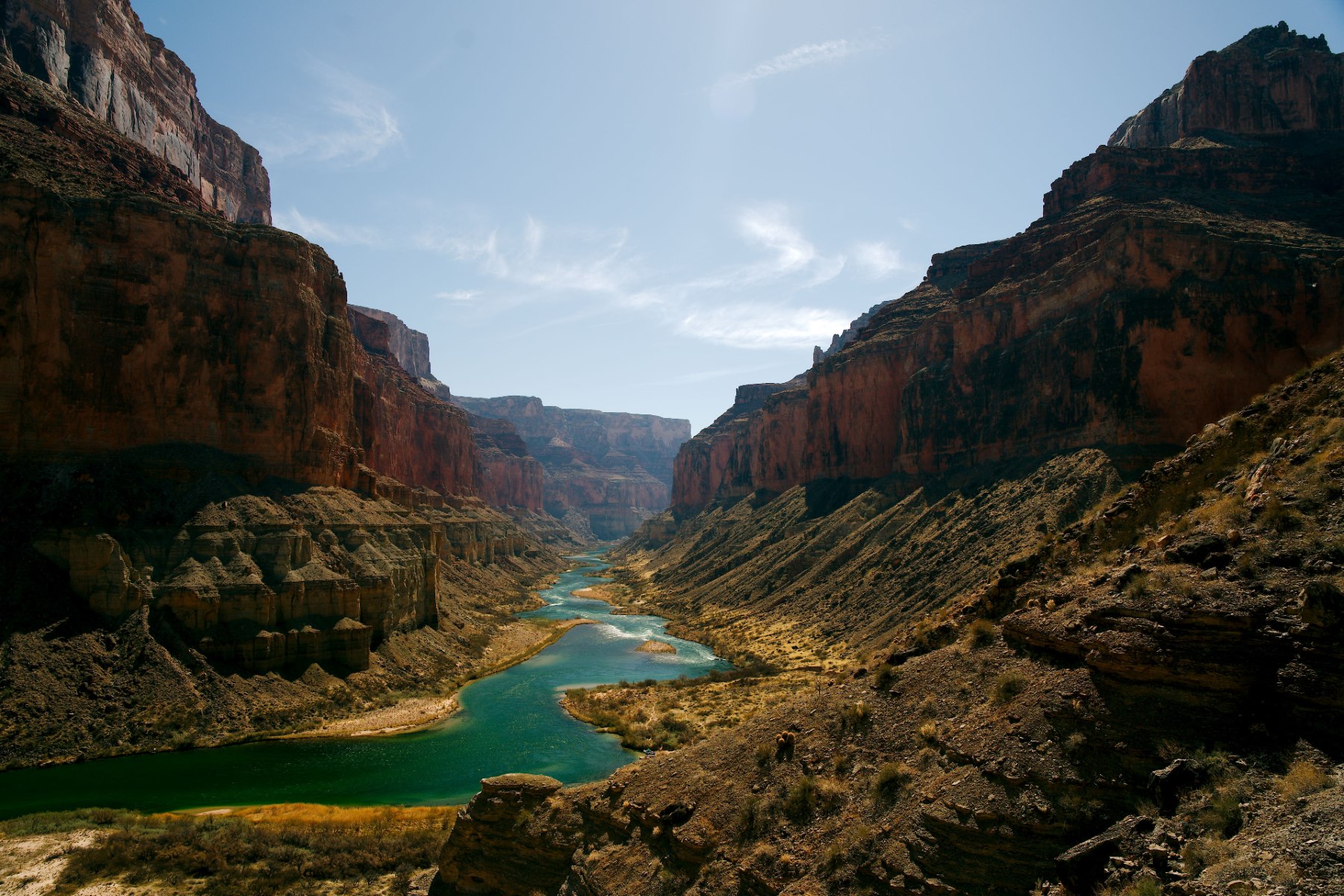 At the time, I was leading a paddling expedition to explore the rivers of East Africa and Madagascar. The Grand Canyon trip departed just days after my flight landed in Montana, but I didn’t hesitate to sign up. I also didn’t hesitate to invite a girl I had become smitten within the days before leaving for Africa. She accepted, and as I landed back in Montana, I had already set in place plans to trade my kayak for a raft and row the river to accommodate my passenger.

This scenario would play out again and while my father and I hiked side canyons and belly laughed on beaches, we had now done the Grand Canyon twice together without once kayaking side by side as we had dreamed of. 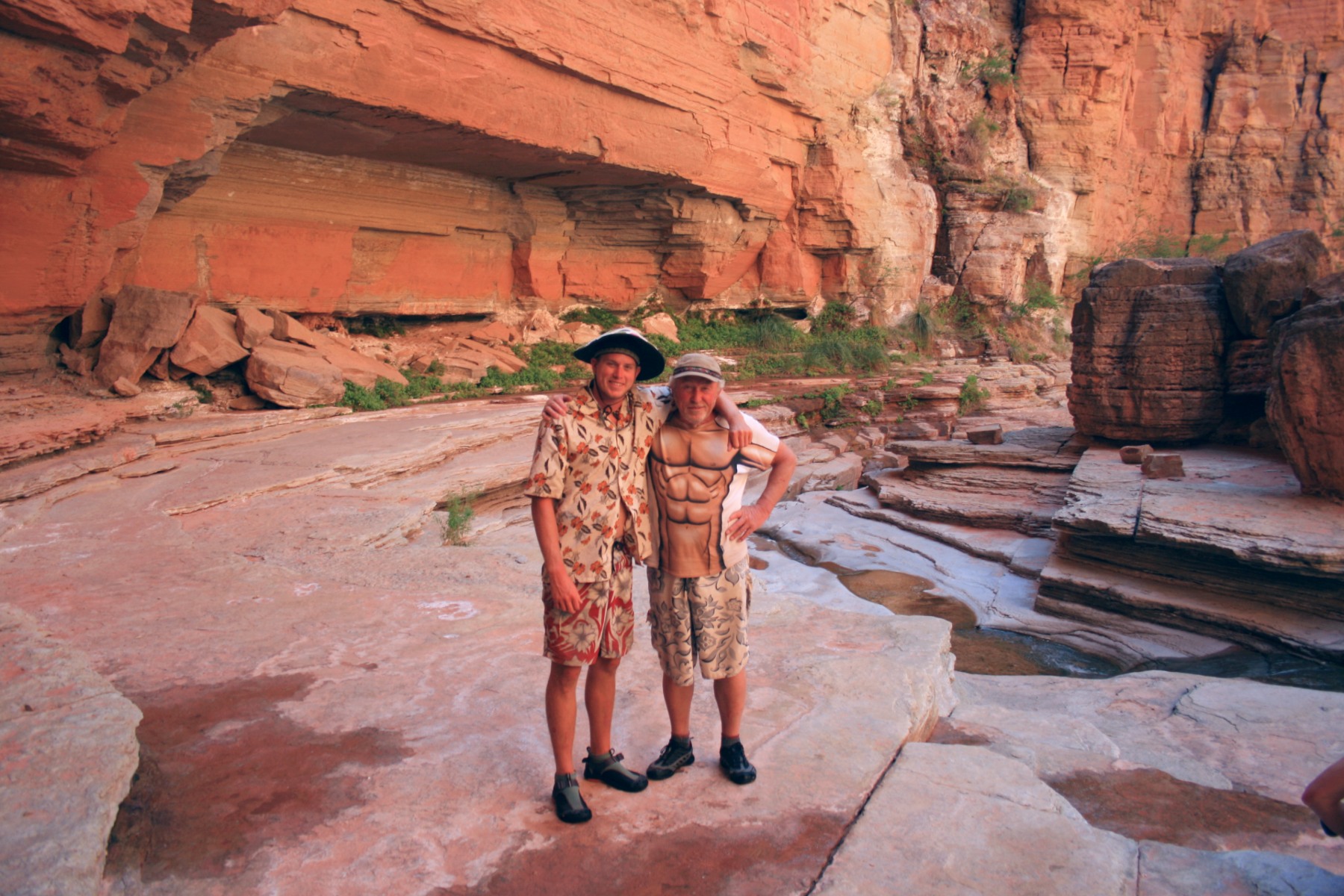 I then began going on trips without my dad. I worked half a trip for a friend and a year later self-supported the canyon in nine days in the dead of winter. Still, I hadn’t taken a single paddle stroke on the Colorado beside my pops. He was about to turn 80 and I knew time was starting to slip, it was now or never.

I threw a hail mary to the gods and logged onto recreation.gov. Considering I had just gotten off a Grand Canyon trip, my chances were next to none of pulling a permit in the weighted lottery. I punched in my credit card number, paid my $25, said a silent prayer, and forgot it ever happened. A month later while lying in bed unconsciously checking my email, I scrolled past some spam then back up again. Something had caught my eye. I read the subject twice, my eyes starting to water. You have won a Grand Canyon River Launch Date. 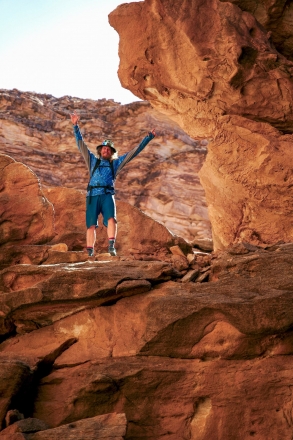 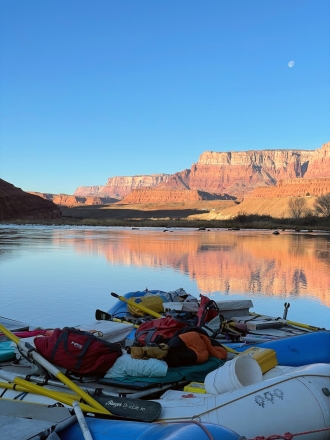 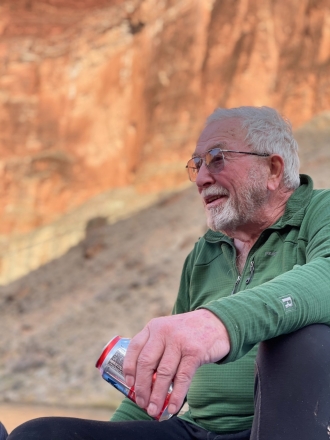 Our launch date was March 2, 2021, over a year away but my excitement bubbled as if we launched tomorrow. I’ve paddled to the ends of the earth and then over the edge, but I knew this was the trip I had been envisioning all of my life. Paddling the Grand Canyon with my father, mentor, best friend, and closest paddling buddy: Bill Bradt.

March 2nd was a bitterly cold morning at Lees Ferry, the put-in of the river. I ladled coffee from a five-gallon pot set atop a propane blaster just as the sun began to scale down the red sandstone walls painting the canyon in vibrant shades of orange and red. I brought the cup of coffee to my Dad’s tent.

“Like baby Jesus in the manger,” came my father’s reply before adding, “Maybe a little on the chilly side.”

We laughed and I unzipped the tent handing him the cup of coffee with extra cream. The day was finally upon us. 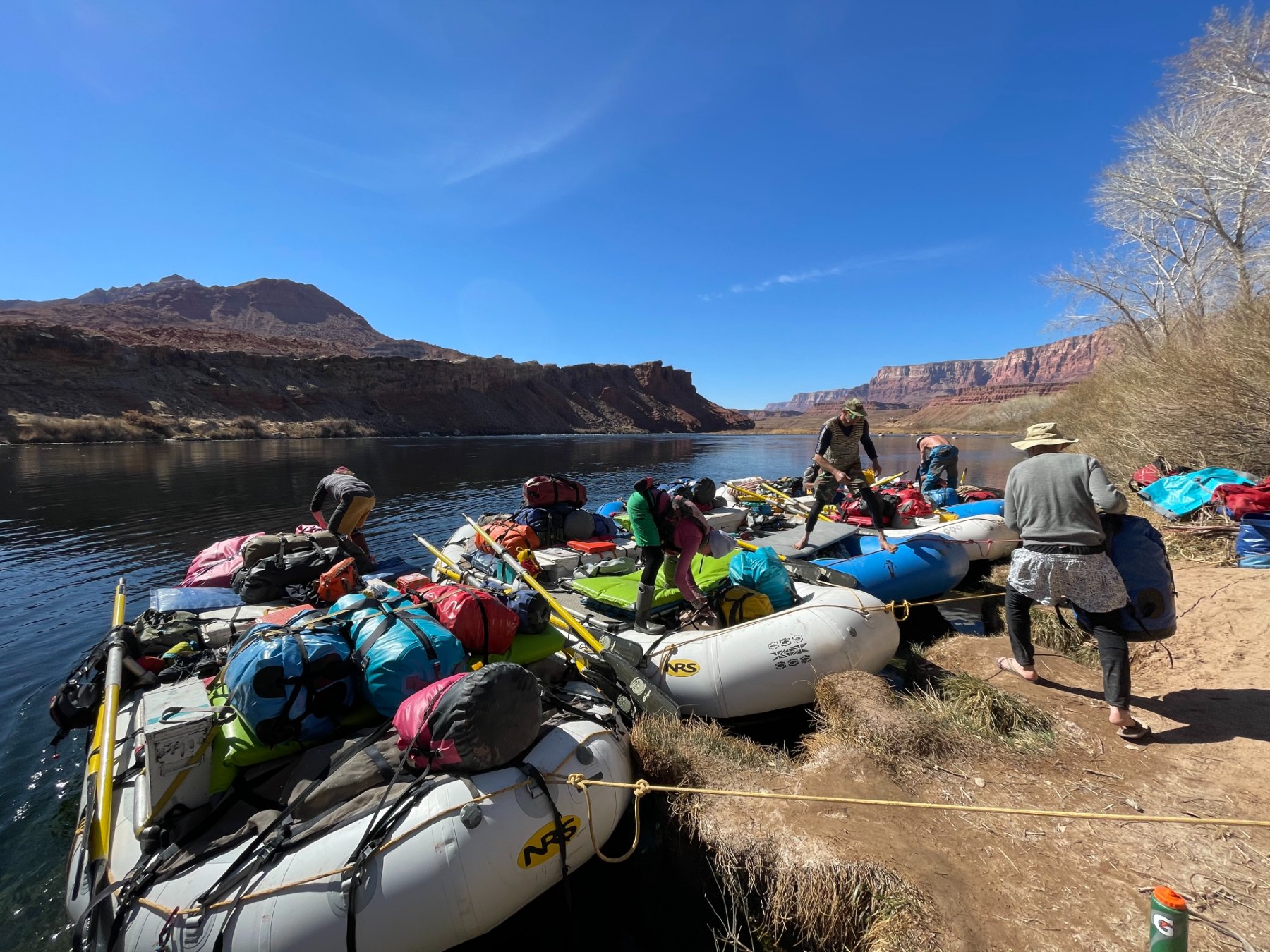 After so many years of patience, the ranger’s speech, although informative and even humorous at times, seemed to drag on. I watched the youngest member of our group, 12-year-old Jude, pace back and forth kicking dirt which immediately became dust that drifted directly into the faces of the other group we were launching with. He snapped a couple of twigs between his feet before getting back to kicking dust.

I laughed silently, he acted exactly as I felt, and I couldn’t have appreciated him more. He was also sharing this trip with his father, and I reflected on a 12-year-old Tyler who could only dream of being so fortunate.

Finally, the ranger concluded the last raven story and the speech ended. I walked slowly back to camp next to dad. He was deliberating about gear and boats. Alpacka had graciously lent us two packrafts for the trip making it far easier for dad to paddle the canyon. I smiled softly, reassuring dad it was all going to work out fine. These were the conversations I had been looking forward to. 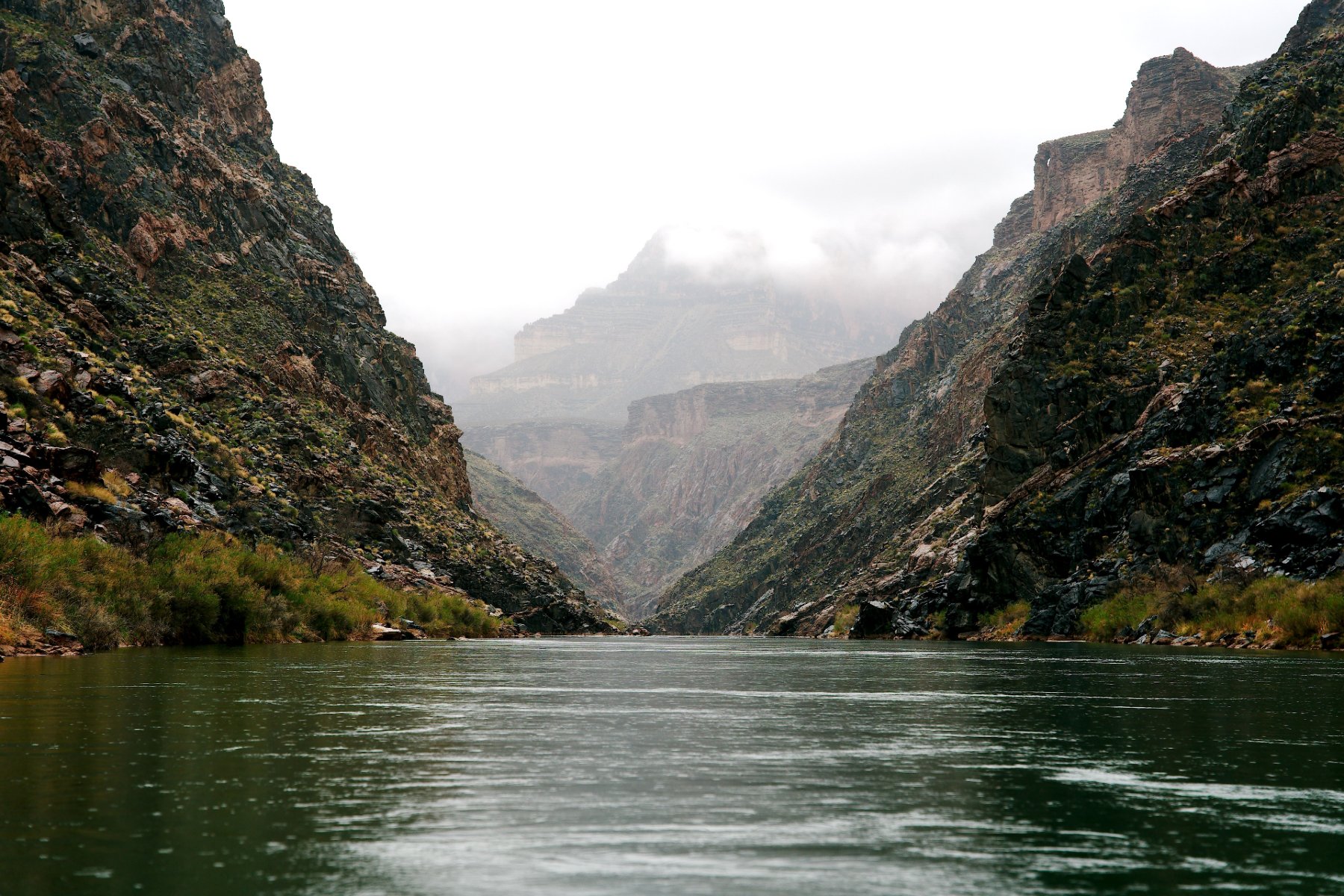 We zipped our drysuits as the raft crew cinched down the NRS straps restraining our gear against the whitewater downstream and one by one the boats began to float free from the bank. I helped Dad into his boat and gave him a push. The yodel I had been expecting bounced off the canyon walls and I quickly hopped in my boat to catch up. We met in the first riffle and looked at each other.

“Thank you so much Ty, I can’t tell you how much I’ve been looking forward to this,” came dad’s reply.

We turned to paddle quietly, our paddle strokes falling into rhythm next to each other.

We floated under the Navajo bridge and turned the corner into the best trip of our lives. It had only taken 30 years for our dream to come true. 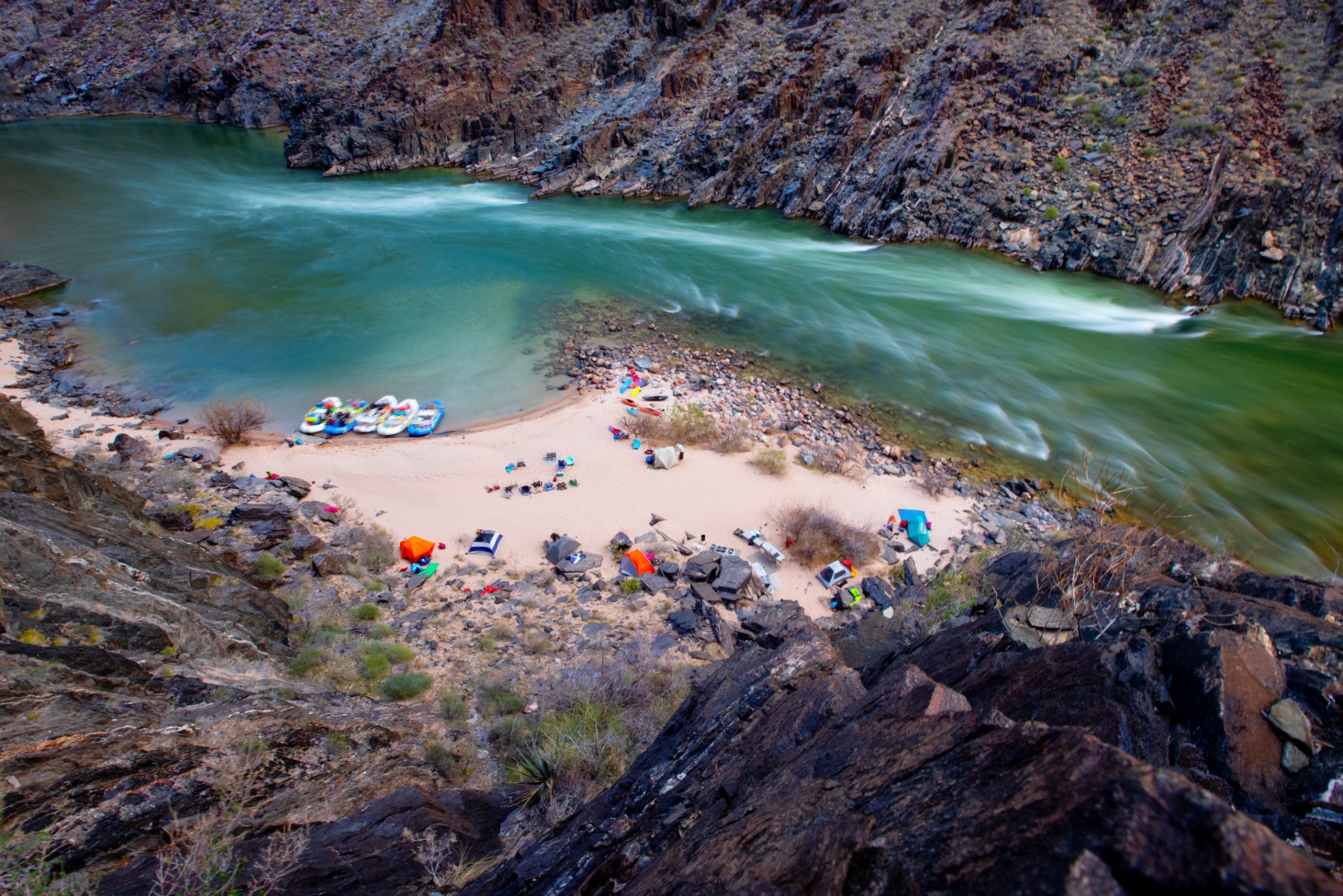 Time melted from calendar days into river days, days of the week into camp names and river miles. The river carved ever deeper into a labyrinth of towering rock walls.

The days on the river were surreal, turning corners into natural beauty often beyond comprehension, the geological history of the earth etched into the walls of the canyon. Dad would point out the types of rock and geology, explaining to me the ages of the rock and how they were formed. We watched clouds float lazily on spring skies, talking about the rapids we had come through or where we might camp that night. We wandered slowly up side canyons with no particular destination in mind, we were right where we wanted to be. 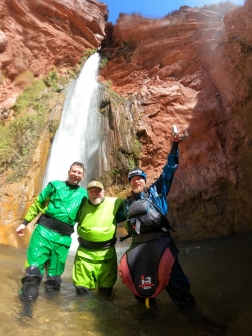 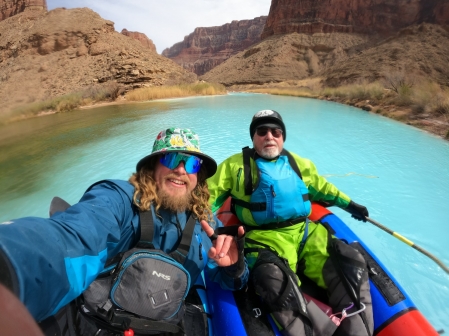 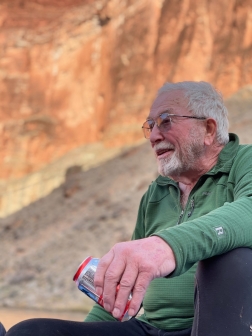 I watched dad paddle the big wave trains I knew that he loved more than anything and it became ever clearer to me that those old words on the postcard had become our reality. Not a drop of water was out of place in his descriptions of the waves. The canyon was not a single rock short of what he described. It was now my fourth trip, but I looked at the canyon with the eyes of my youth. I had never seen a canyon so beautiful in my life. 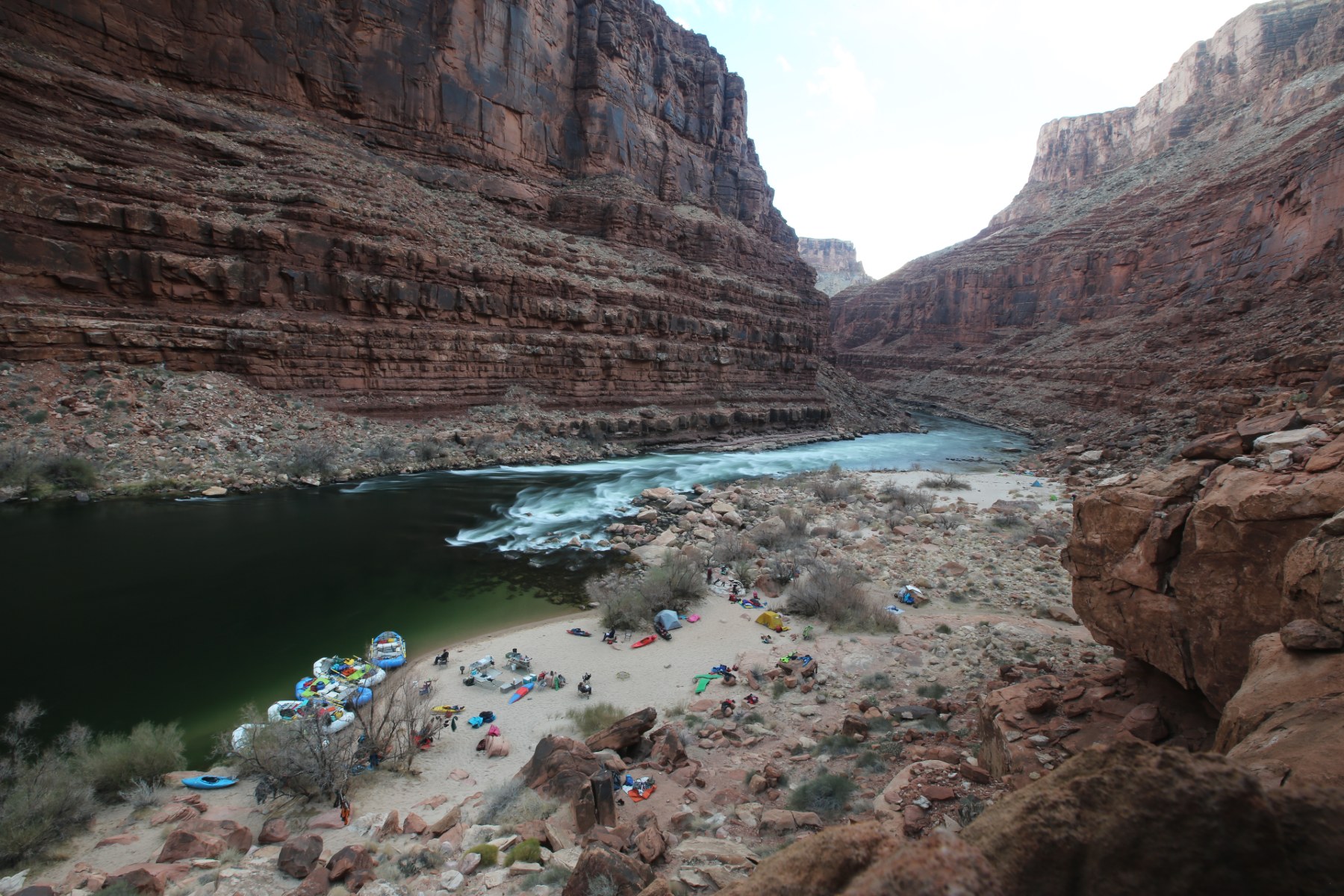 We lived a lifetime in those 24 days floating between the red walls of the Grand Canyon. I fell asleep more times than I can remember to the sound of my father’s laughter echoing off the canyon walls, the raft rolling gently beneath me.