Boaters and the Boyle Powerhouse on the Klamath.

The river is what connects us. On rivers, we find our best selves, feel the Zen of taking paddle strokes and going with the flow, appreciate the interdependent systems of our world and learn the lessons of both getting beat down and successfully navigating a rapid.

Simply put, rivers are irreplaceably valuable. And yet, when one of our favorite runs becomes “at risk,” it’s hard to know how to take action in advocating for it. Or worse, there are times you may not find out about a threat until it’s too late. It can feel like a lot to keep up with. And when the projects are so massive, backed by money and politics, the thought of advocacy can feel overwhelming. If you’ve ever thought, “What can I do? I’m only one person, one paddler,” we have, too, and so we did some digging to find easy ways you can engage to effect positive action for our rivers.

We caught up with Thomas O’Keefe, American Whitewater’s Pacific Northwest Stewardship Director, for some tips and tricks on basic River Conservation and here’s what we learned.

Class I: Send a letter.
Quick, easy, and impactful.

Tom’s Beta: One thing I like to emphasize is to never underestimate the power of simply sending a letter. Our community is uniquely positioned to speak personally about these places and that’s powerful. On American Whitewater (AW), we’ll do different action alerts. We often have pre-populated templates that are fast and really easy to use, and if you can write your own letter, even better.

I think that a lot of times people think to get involved they have to take a lot of time to really understand the issues deeply and prepare deep technical analysis, but it can really be much simpler than that. A letter can be one paragraph that describes “this is important and it matters” and that is impactful.

Another thing that may hold people back from writing a letter is that sometimes people may think an elected official already supports what they’re asking for. But there is also intra-staff pressure for resources and to have written support from the public helps support allocating staff and resources to these efforts. Conversely, if an official doesn’t see the world in the way you do, you may think, well this person will never listen to me anyway, so this isn’t worth my time. But receiving letters causes an elected official to stop and think a little bit about that next vote or position. 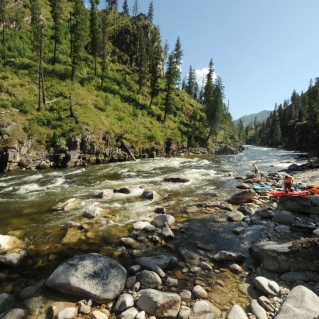 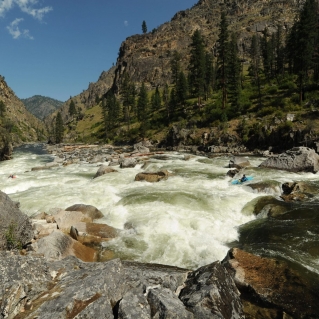 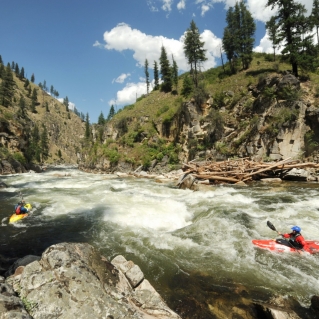 For example, you might have never thought that Idaho Representative Simpson would come out and ask questions about the Snake River dams, but he did. The only reason he was willing to step out and take a position not aligned with his party is that people reached out to him and let him know that it matters.

Sometimes, literally one person writing a letter has made a difference. At AW, we have heard from officials saying, “We got this letter from a constituent and looks like you are the ones to contact about whitewater rivers. What is your input on this issue?” Literally, one letter has opened a dialog with an office on an issue.

Tips on what to consider and how to write an impactful letter… in 1, 2, 3

Class II: Dig into a place or issue.
If you have more time, get into it.

Tom’s Beta: If you don’t have a lot of time, you can absolutely make a difference with a letter, but if you have more time, what is helpful is really digging into a place or an issue that is meaningful to you.

Personally, I was just a whitewater boater that was paddling a river with a dam upstream. I had no idea how dams or hydro really worked. It was a wonderful section of whitewater and then someone mentioned to me that the section was only there because a powerhouse was broken, and that once they fixed the powerhouse, the water would no longer be in the river. I got curious about that—who decides that there’s no water in the river?

I did a little research and found out oh, it’s the Federal Energy Regulatory Commission that regulates this water. Then I looked further into it and learned there’s a public process associated with getting water more regularly in rivers. From there, I started to learn about how Federal hydro licensing works. I was able to start participating and affect the outcome simply because I dug deeper and started looking into something that was important to me.

If you have a river or issue that you’re passionate about, reach out to AW and we can provide support. If you want to make a difference, let us know what rivers matter to you and what’s happening there. An organization like ours can provide technical resources. It’s really valuable for any effort to have passionate locals building local relationships and reaching out to elected officials in their area. We can help support you in doing that.

Class III: Build relationships with local elected officials.
Pick up the phone. Go to coffee. Take someone new on the river. Make an unexpected friend.

Tom’s Beta: It’s simple. What we do is fun. People like to talk about having fun, and so there are lots of opportunities to make connections and to make a difference.

It’s surprisingly easy to develop direct relationships with your elected officials, and their job is to represent their constituents. Sometimes, it’s easy to get cynical about what influences money and power have, but at the end of the day, if you take initiative to show up at a town hall or event, you start making yourself known and it’s quite easy to do that.

When I’m starting to create those relationships, I always try to come up with something positive to connect on first. For example, I am not aligned with everything Representative Mike Simpson does, but I ran into him in DC. I had taken the time beforehand to research something positive to say. When he had a minute, I said something along the lines of, “I heard you speaking last week and that was really cool that you were talking about…” Elected officials notice if you can pull something out that’s positive versus “X was really stupid,” as your opening line. 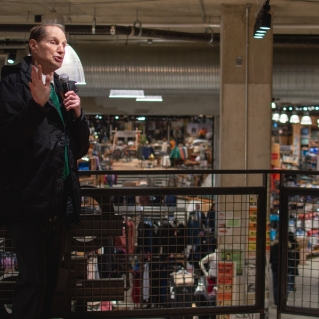 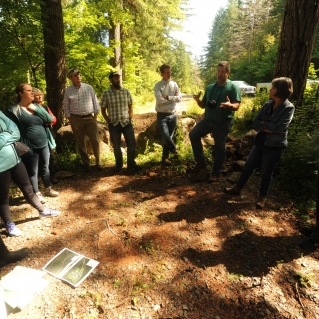 AW out with Representative Kilmer, McCollum, Joyce and staff. 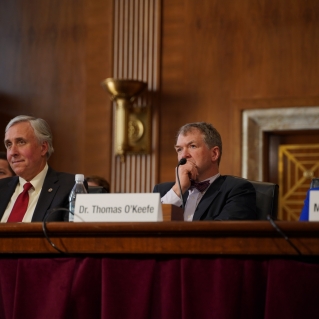 Another time, I was in a conversation with Senator Portman, an Ohio Republican. His staff announced this constituent coffee hour if anyone wanted to meet him. I’m not from Ohio, but I went with someone and quickly connected with the Senator. Turns out, he’s a whitewater kayaker. He kayaked the length of Rio Grande when he was in school at Dartmouth. He has a kayak mounted on his office wall. All of a sudden, we are talking about whitewater boating and his recent trip on the Futaleufú. We were having this awesome conversation. It came to this hilarious point that the staff was like, “Ok you need to talk to everyone else, too.”

No matter what your political stripes are, the space that we work in—rivers, public lands, access to the outdoors—is something everyone can relate to. It is not partisan, and that is the beauty of it, it is possible to find common ground.

Experts like Tom, organizations like American Whitewater and American Rivers, and regional organizations such as Idaho Rivers United, Friends of the Yampa, Friends of the River, your local Trout Unlimited chapter, or local watershed group—to name a few—do the work day in and day out to protect the places we play. These organizations put in the legal work, relationship building, community outreach, and technical research and reporting that goes into protecting our rivers and ensuring access to them. Making a donation (however large or small), becoming organization members (sheer numbers help show support for rivers in legal realms), and putting together local fundraisers to support these organizations is huge for river conservation.

Things don’t have to be too complicated. You can have a “Dining for Rivers” night potluck and have everyone throw the money they would have spent going out to dinner into a pool for your local cause. Big or small, the key part is doing something, anything action-oriented rather than just wishing you could, thinking about it, or talking about it. How about today?

Editor’s Note: All photos courtesy of AW unless otherwise noted.