A Canadian Take on an American Classic: The Grand Canyon

Admittedly, in the years leading up to this trip, I felt a sense of trepidation. In my mind, “adventure” had always meant a journey through a place where few have gone in recent time. Where I’m from, wilderness is vast, undeveloped, and seldom travelled. So, in winning a permit to paddle the Colorado River through the Grand Canyon, the most iconic American Classic and likely one of the busiest rivers in North America, I felt torn. 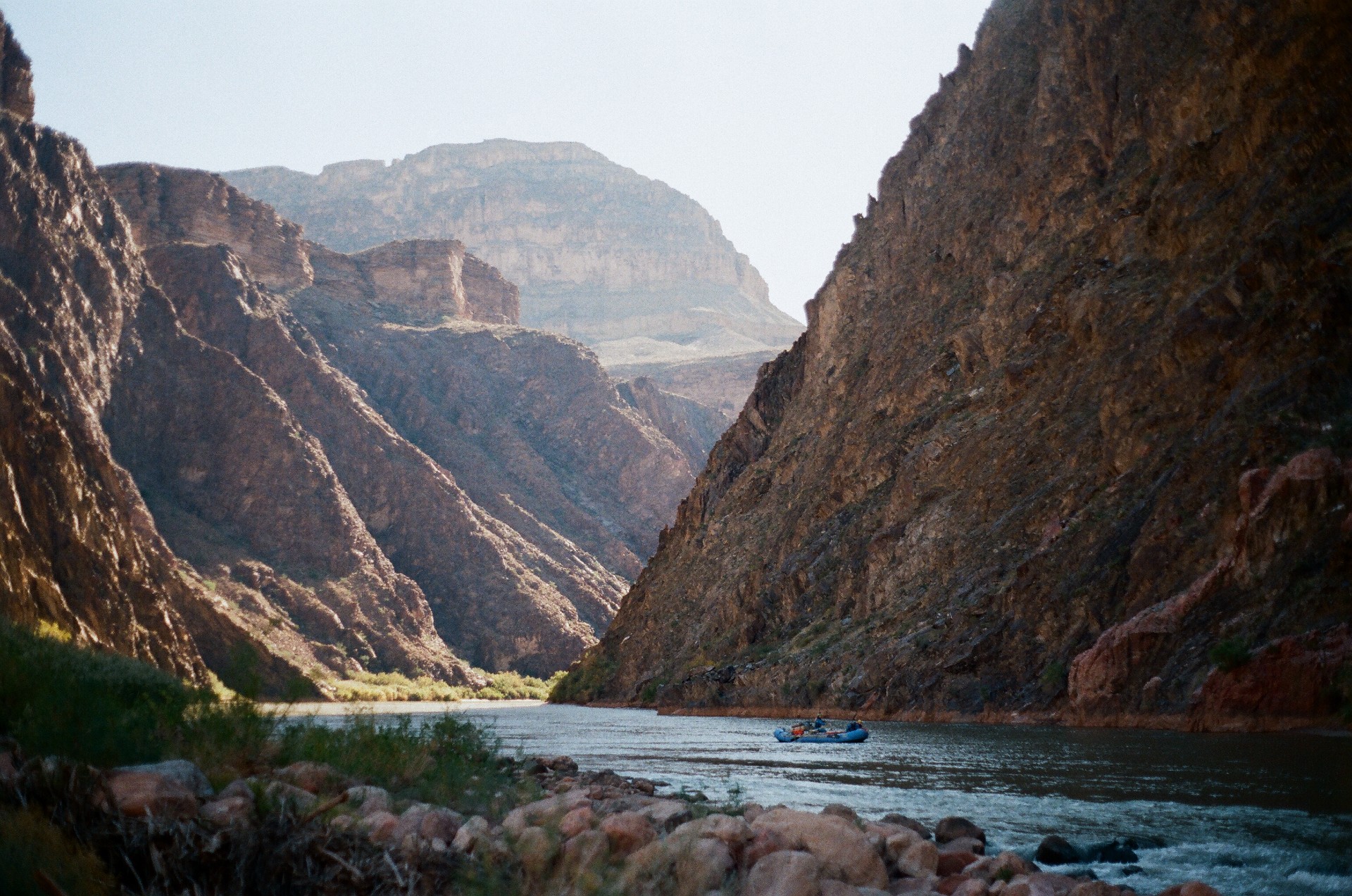 It gave me pause to think about dedicating a sizeable chunk of time to paddle a river that statistics say 20,000 people have paddled before us this year alone. It just didn’t fit with my idea of “adventure”—and I feared paddling through a Disney world of sorts—strewn with drunken debauchery and river trash.

Eight days and 230 kilometres into what would be a 450-kilometre, 12-day journey, my preconceived ideas and trepidations about the Grand Canyon were so very wrong. 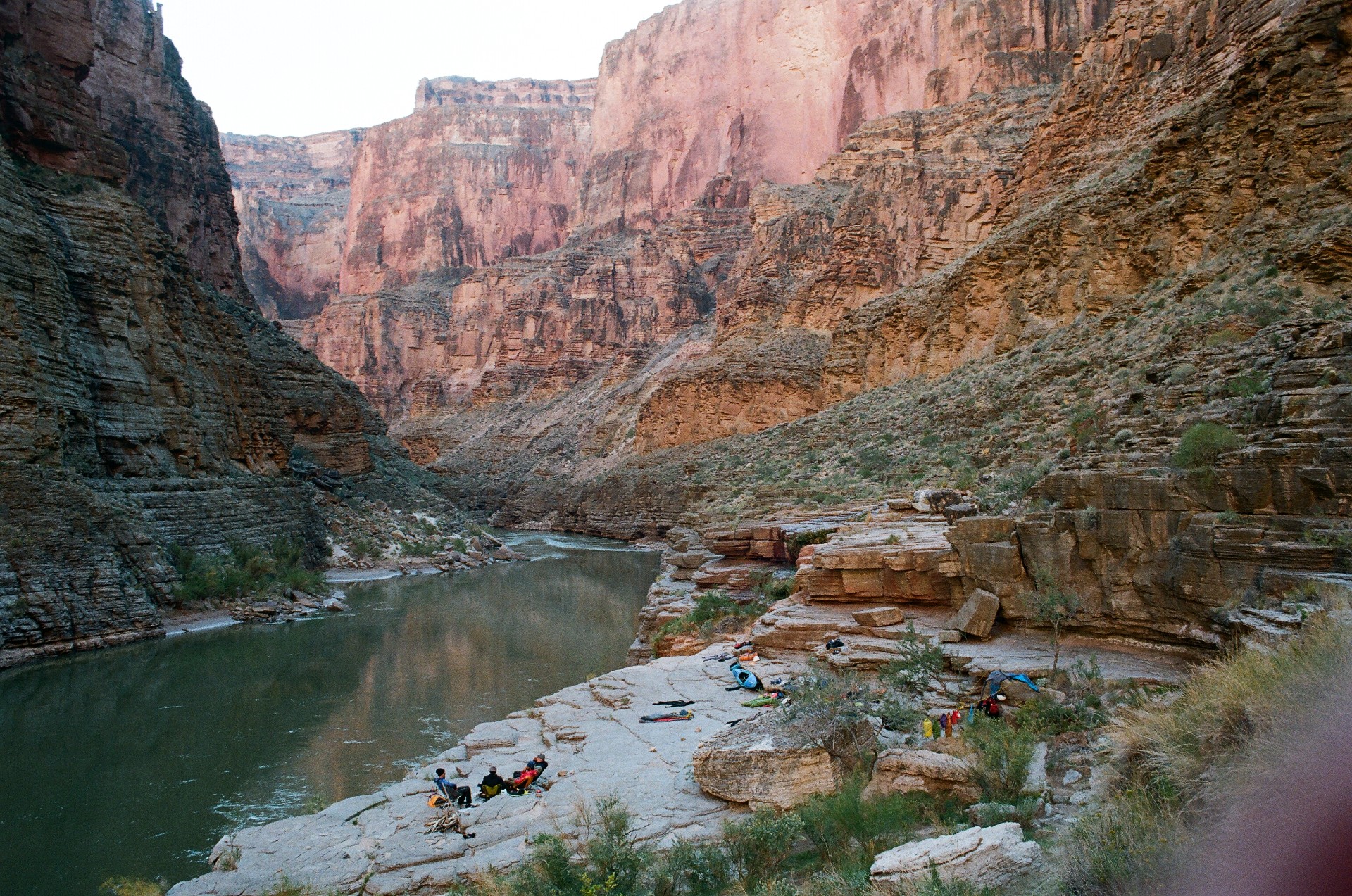 In the midst of a slow morning here at camp, we are waiting for the sun to crest the canyon rim and provide us with a warmth we will welcome with open arms. We are camped at ‘Keyhole’ for our second layover day of the trip, the second layover day of our paddling careers. The layover day, we were told, is part of the canyon experience, and like direct sunlight, we have learned to embrace this tradition wholeheartedly.

We’re on our third round of coffee this morning, drying our feet by driftwood fire, surrounded by red canyon walls. Accompanying today’s freeze-dried breakfast, we’ll each have the luxury of a fresh naval orange, our first fresh fruit since departing Lees Ferry. These are the kinds of luxuries you can’t afford to pack on a 12-day self-supported kayak trip, but the kind of luxuries gifted to us by a generous group of rafters from Montana. 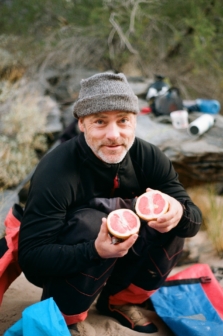 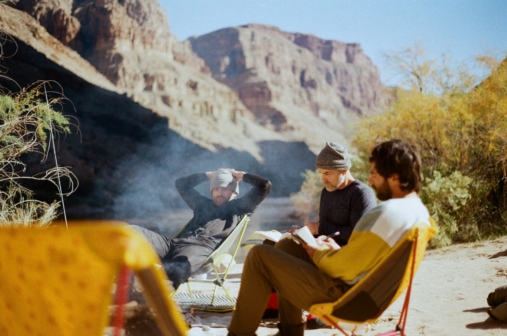 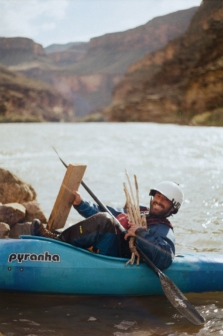 I used to think that crossing paths with another paddling group meant that we had not gone far enough out there, and that what we were doing was somehow less adventurous as a result. However, running into other groups every day or two has been the unexpected highlight of our time on the Grand.

Whether floating in a pool below a rapid or gathered around a fire at camp, each group we’ve seen has greeted us with stoked hollers and warm smiles, often dropping what they were doing to chat, swap river beta, banter and offer well wishes for safe travels on our journey going forward.  And occasionally throwing us a cold beer or fresh citrus before parting ways.

It appears that every person we’ve met is having one of their best days ever—days full of joyful river miles, hikes, laughs, and encounters with the friendliest fellow river travellers.  Everyone is in the moment and loving it.  And in between the groups of new friends, when we make our way along the river on our own again, the only evidence of the fun are footprints in the sand, some fast-posed photos, and a load of great memories.  What an unexpected twist on “adventure”. 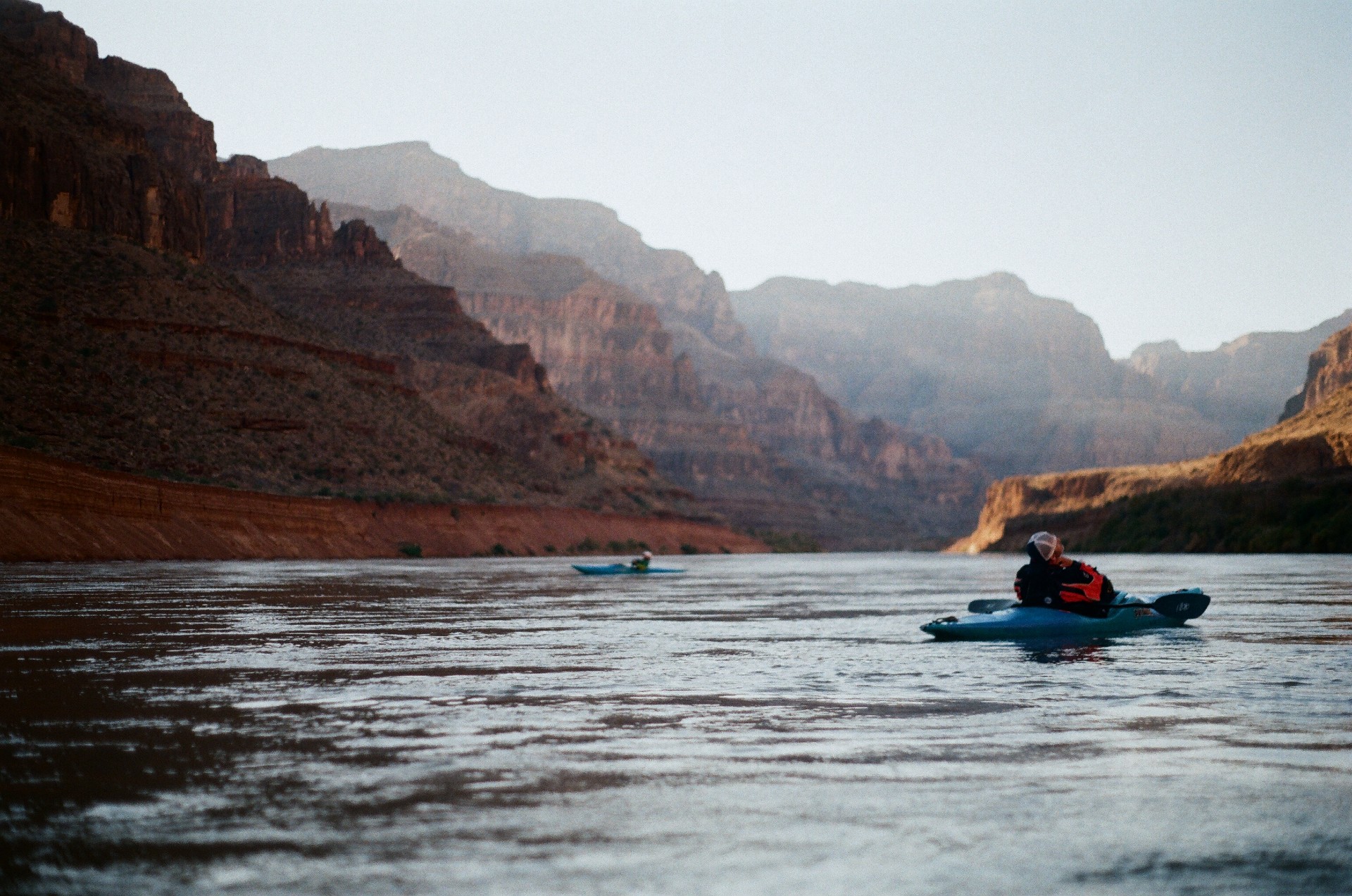 The direct sunlight has been with us for two hours this morning, a particularly rare treat. In its final moments, before its warming rays are once again obstructed by the red rock walls, we strip to our nickers and jump into the crisp cold waters of the Colorado to clean the sand from our ears.

Despite the joy and jubilance of life in the canyon, we have to force ourselves to remember that the Colorado and the Grand Canyon face a future rife with uncertainty, like many rivers in today’s world. Prior to our departure, Canadian evening news channels blasted stories of the Colorado running out of water. In watching the water flow at thousands of cubic feet per second so forcefully downhill in front of us, it’s hard to believe it won’t reach its historic destination in the Gulf of California. 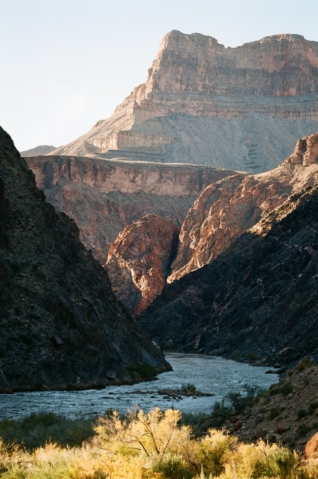 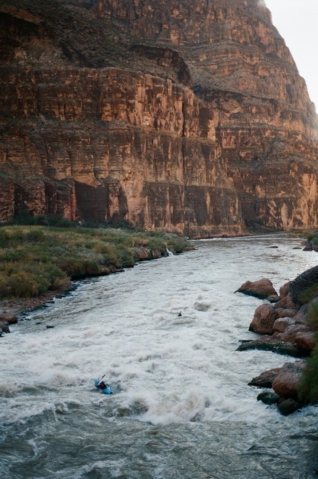 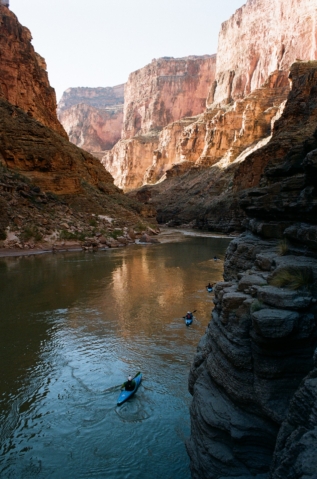 A warmer, drier climate because of climate change combined with water demands from the growing population in the Colorado River Basin, have been the catastrophic cocktail leading to this water crisis. It’s impossible not to feel a deep worry for the future of the Grand Canyon, the unique ecosystem along its banks, and the unique culture of those who are lucky enough to take it all in.

As Canadians, we face similarly daunting challenges on rivers back home. Though home for me is many thousands of kilometres away, in getting to know this place I can’t help but care about its future. The beauty of accessible and well travelled wilderness means that those 20,000 people before me likely feel the same, and that gives me hope. 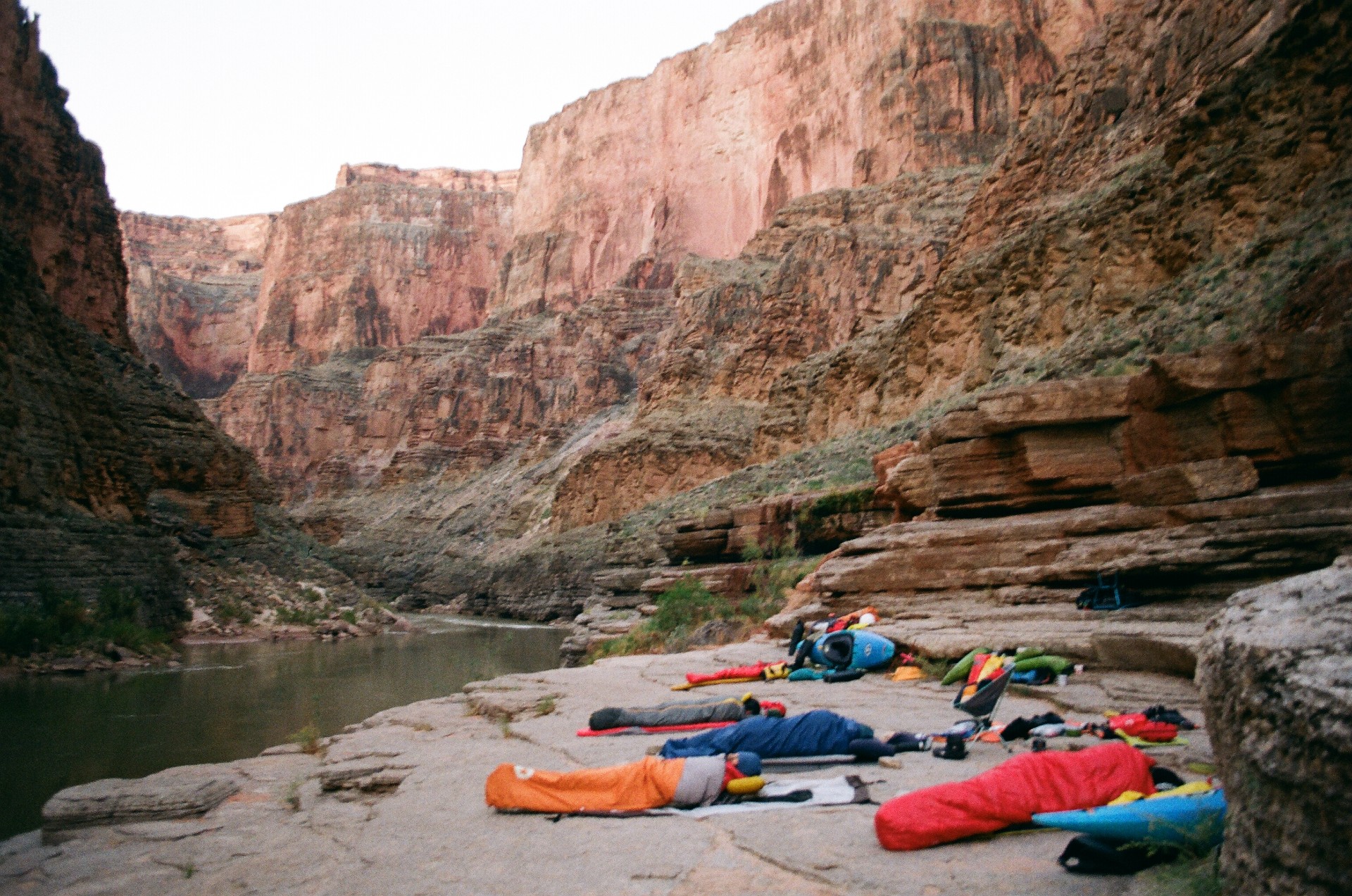 Our trip down the Colorado was truly magic—offering fun whitewater, dramatic and breathtaking scenery, undistracted days with long-time friends, and periodic encounters with great humans from around the world.

To the Hopi, Havasupai and Hualapai Nations, we extend a sincere thank you for the privilege to paddle through your territory. To the National Park Service and the friendly rangers who greeted us over coffee at Lower Saddle, a kudos to all of your hard work in regulating river travel. Thanks to your efforts, the only evidence of the thousands who have come and gone are those footprints in the sand. 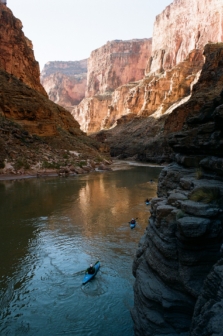 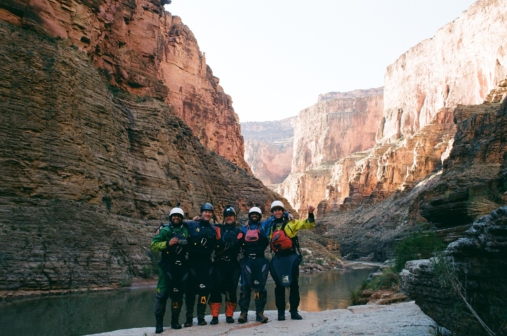 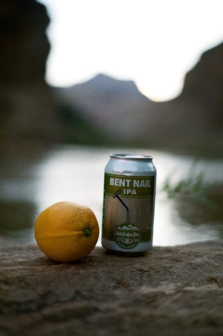 And to the Telluride Crew, The Montana Crew, The Brits, and the Mile 183 Crew – a ‘Thanks eh!’ for the beverages, oranges, and warm smiles (oh, and the hot pink nail polish!).

Editor’s Note: All photos were shot on film. To learn more about the history and future fate of the Colorado River system, watch A River Out of Time.