Staying Wild in the Concrete Jungle: A Spotlight on Columbus, Georgia

In paddling terms, the Southeast isn’t often heralded for its big water surfing apart from the New River Dries. Boaters seeking high-volume, huge-action whitewater usually head north to the Ottawa, west to the Rockies, or wait patiently for West Virginia’s recreational releases or heavy rain—until now. Adventure seekers of every vein can now head south of Atlanta and, in less than two hours, find themselves in an unprecedented whitewater playground, smack in the middle of Columbus, Georgia.

Until the removal of the Eagle and Phenix Dam on the Chattahoochee in 2012, the biggest draw to the area was Fort Benning. When the dams dropped and the unique geology of a bedrock riverbed emerged, everything changed.

The magnetism of Columbus seems to stem from the wicked collision of a growing college town and a burgeoning outdoor scene. Visitors need few resources to get a broad taste of what Columbus has to offer; most of the city’s main attractions can be taken in on foot, and river chasers will revel in the crux of the Chattahoochee’s rapids being nestled a convenient few blocks from Broadway Street, Columbus’s main drag.

River flows fluctuate throughout the day, creating two, sometimes three, very different river experiences. (Release schedules can be viewed online, though flows are sensitive to additional rain and pool levels at Riverfront Park.) Summer time can yield the most predictable releases with lower flows in the morning, medium flows in the afternoon, and higher flows in the evening. There’s something for every level of paddler, no matter what the river is pumping. You can even paddle under the lights of the island park after the sun goes down.

Lower flows, up to 3,000 cfs, expose bedrock and offer smaller and more technical features for paddlers as well as excellent fishing for those looking to throw a line. Don’t miss the full river run at these levels. While the adrenaline rush of lots of water may be absent, the opportunity for fun isn’t. Eddy lines are abundant (read: stern squirts for days!) and rapids like Tie Snake, Waveshaper, and even Cutbait will appeal to more technical paddlers looking to work moves. The two-mile section of whitewater is extremely accessible and the Riverwalk, a 20-mile paved, lit pathway running parallel to the river makes shuttling those multiple runs a breeze. After your morning paddle, dry off and join the dozens of folks dropping a line to fish with top-notch access to the river banks; multi-sport paddlers will also enjoy the relatively flat nature of the Riverwalk for a pre or post-paddling run or bike ride.

It takes adequate, nutritional fuel to properly take advantage of the playground amidst Columbus, and luckily, downtown is filled with the type of options to surprise and delight the most serious foodies. Stop by Plucked Up, an unassuming biscuit joint on First Avenue, for a breakfast or brunch of chicken and biscuits. Those with bigger appetites should save room for the menu’s crown jewel of breakfast dishes: The Coop, an open-faced biscuit covered in gravy, bacon, cheese, eggs, and fried chicken. You’ll leave satisfied but not sorry, and perhaps pondering that age-old question of which came first. If you prefer lighter fare, drop into Iron Bank, a trendy coffee shop housed in old bank on Broadway and 11th Street. Take your coffee and the advised cinnamon roll into one of the bank’s still standing vaults for a little added panache to your morning brew.

Didn’t your mom always tell you never to swim after eating? Take some time to digest before getting on the water. It’s the perfect opportunity for a short drive to the National Infantry Museum and soak in some of Fort Benning’s rich history. Budget at least a five-dollar donation for admission and no less than an hour to absorb everything the museum has to offer—like the numerous exhibits featuring soldiers modeled from real infantrymen and women who have served our nation. And beyond the museum’s doors, the parade field, which contains soil from nine major battlefields around the world, is used for basic training graduations. 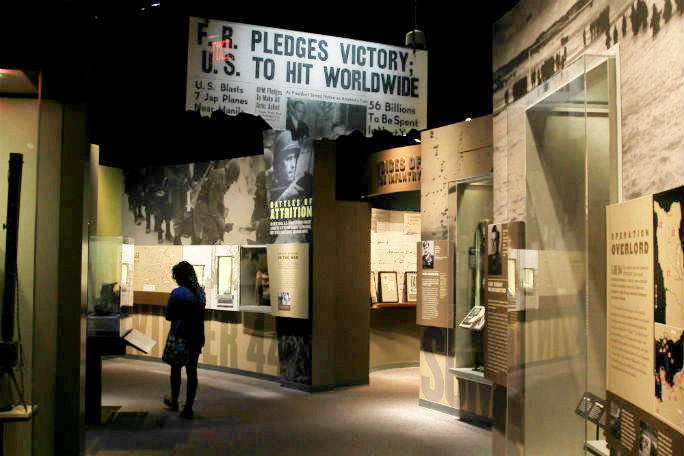 Afternoon river flows range from medium to high (4,500-9,000 cfs) and you’ll find the Chattahoochee begins to change its nature. Much like the morning run, paddling the full river again is rewarding, though paddlers of the lower flows may notice that the morning’s notable rapids have disappeared as others start to appear. Don’t miss fantastic surfing right at the put-in—Ambush is best around 8,000-9,000 cfs and eddy service will leave you wondering if you need to go downstream at all. Nab a beautiful, glassy surf with a catch-on-the-fly wave at 80k, and pick your poison as you boogie down under the 13th Street bridge: Waveshaper and Good Wave to the left and Cutbait to the right.

As releases bump up, expect to see the river’s renowned features take true shape. Good Wave, the quintessential park and play feature in Columbus, may provide some of the biggest and friendliest high-volume surfs in the country. Eddy service and proximity to the Riverwalk makes this feature unparalleled for its accessibility to a wide range of skill levels. The island park next to the wave adds a nice bonus—bring your hammock, lunch, and make a day out of it. If you’re lucky, pool levels and releases may coalesce to bring in the elusive Great Wave, a smaller, friendlier, and more manageable wave coming in just downstream of Good Wave.

The true beauty of Columbus is its immediacy to quality adventure, grub, and entertainment and how easily you can jump back and forth. Hop off the river, stash your boat and gear on the island, and walk the few blocks into town for your pick of lunch spots before an evening paddle. On the corner of Broadway and 11th, Momma Goldberg’s is a reliable deli dishing hot and cold sandwiches, soup and salads, and quick snacks on the cheap. If you prefer a little variety, get the best of both worlds at Flip Side, a burger and taco joint just around the corner from Momma G’s. Don’t leave without making someone order the B52 “Lobster Tacos.”

No one will judge you if you opt out of returning to the river to save energy for tomorrow’s paddle-play. Plenty of entertainment exists beyond the banks of the Chattahoochee. Take in an art walk on the first Friday of each month, a concert series by the river (the Uptown Columbus Event Calendar may prove useful), or a local brew at 11th & Bay, arguably one of Columbus’s best restaurants. The superb service (fingers crossed Shane still serves there) only heightens the appeal of a half a dozen local beers on draft and next-level food. Expect to pay a little more for your dining experience, but you won’t go wrong with any of the chef’s specials. My personal favorite: the Soul Food burger, a burger topped with mac and cheese.

Afterwards, swing over to Maltitude, a hip bottle shop on Broadway where the owners can fill your head with info and anecdotes about anything in stock and maybe even set you down at the counter for a chat about the beer scene in your city. For a quick jaunt out of the city, this dirtbag recommends La Nacional, just outside downtown proper, for some incredible, authentic Mexican food at the right price.

Columbus is still adjusting to an influx of travelers, paddlers, and adventurers so those looking to visit the city may find appropriate accommodations to be the one of the trickier parts of trip planning. Hotels abound, but road warriors may need to get creative with sleeping arrangements, as camping options are still emerging. Locals can point to the best places for car camping and a growing Airbnb scene may tide over those looking for somewhere between a hotel room and true dirtbag style.

The charisma of Columbus is nothing were it not for the true embodiment of hospitality. Throughout your stay, you’ll meet local paddlers, business owners, families and students whose true desire, it seems, is to share as much of their city and kindness with you as possible. If the charm of the city wasn’t enough, you may find yourself invited for a home cooked meal, game night, or the next group paddle or post-boating libation. Amidst the deep opportunity for adventure of every kind is a thread of rich, sincere welcoming to a forgotten part of the south. You’ll arrive an out-of-towner and assuredly leave as a surrogate member of this unique river community. 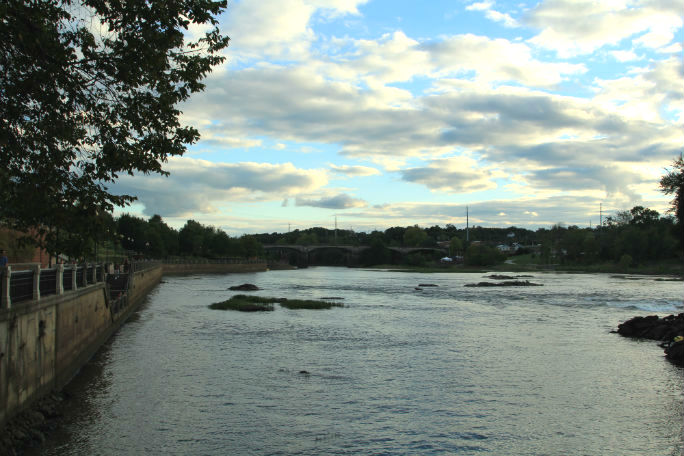