That’s not just a song by Frank “Ol’ Blue Eyes” Sinatra; it’s a most fitting accolade for the Duct Tape Diaries blog in 2013. If you came late to the blog, or missed some stories, here’s some of the best of 2013.

When the nights are long and the water’s frozen, pop some corn and curl up with NRS Films for some amazing visual storytelling. 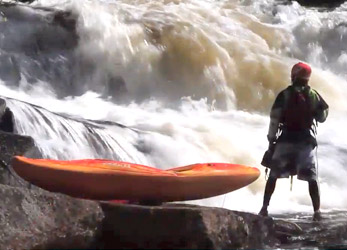 Walk on Water
When a skiing accident left Greg Mallory paralyzed from the waist down, he turned to kayaking to help him escape his wheelchair. Now he’s an accomplished Class V whitewater paddler who finds strength, challenge and meaning on the river. This is his story.

Made in Canada
The Made in Canada series from NRS and Five2Nine Productions takes you on a locals-only tour of classic Canadian whitewater kayaking runs.

Sometimes leaning back with inspired words is just what’s needed to reinvigorate the mind and soul. A few of our most thought provoking authors and stories are highlighted below. 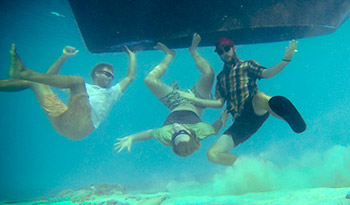 Embracing Your Inner Dumbass: A Girl’s Guide to Paddling Like a Guy
Andria Davis knows first-hand that natural caution can be a woman paddler’s biggest limitation. Sometimes embracing your inner dumbass and paddling like a guy is all it takes to push past the fear.

How to Paddle Like a Girl
Got that dumbass thing down? Great. Now, find out how paddling like a girl can help both men and women become better boaters.

Paddling Road Trips: Stepping Out of the Day-Trip Rut
Paddling road trips are a key part of the boating experience. Leland Davis extols the virtues of loading up the rig, stocking up on supplies and hitting the road with friends.

Knowing When to Walk: Balancing Kayaking Risk and Reward
Leland Davis discusses the virtues of balancing kayaking risk and reward, knowing when to walk and when to fire it up.

Rio Marañon: Expedition to the Grand Canyon of the Amazon
Expedition rafter Lacey Anderson checks in while preparing for her biggest trip ever, a mission to Peru’s Rio Marañon.

Paddling in Kerouac’s Path
When Rob Lyon and his buddy Steve take to Washington’s Ross Lake in their canoe, strange and wondrous experiences await them – some expected, others not.

Paddling with a Psychic
Hiring a psychic to help you plan a paddling trip might sound like a nutty idea…and it is. But that’s never scared Rob Lyon away from trying something.

Wizard’s Eye Expedition
Team NRS paddler Tyler Bradt – who, among other achievements holds the world’s record for highest waterfall run in a kayak – set out on his biggest adventure yet. In April 2013, he departed La Paz, on Mexico’s Pacific coast, in the 44-foot sailboat Wizard’s Eye, for a five-year-long circumnavigation of the globe combining modern-day action sports with time-honored exploration. Catch up with the adventure here.

All this and much, much more happened in the Duct Tape pages this year. Enjoy!