On the Edge of the World: An Update from the Wizard’s Eye

After months of work preparing to sail across the Pacific, the 44-foot sailboat Wizard’s Eye finally left port on April 10, but a faulty steering component has led her back to land. Here, captain Tyler Bradt, a kayak stunt man turned world explorer, takes a moment to meditate on trials passed and those to come.

Usually when I think of myself perched on the edge of the world, I am looking out on a watery horizon line that seems ridiculously high. So high that while sitting on the river in a kayak it looks as if the planet plummets away and the drop to come could be two thousand feet tall if it is twenty. These are the moments that I love, and my desire to safely put my body into seemingly ludicrous places has made those experiences commonplace in my life.

Today I once again feel as if I am perched on the edge of the world, but instead of looking out on tall mountains and blue skies, I sit looking out at a long, skinny, perfectly horizontal horizon line over the Pacific Ocean. I know that on the other side of that long, skinny horizon line only more await… 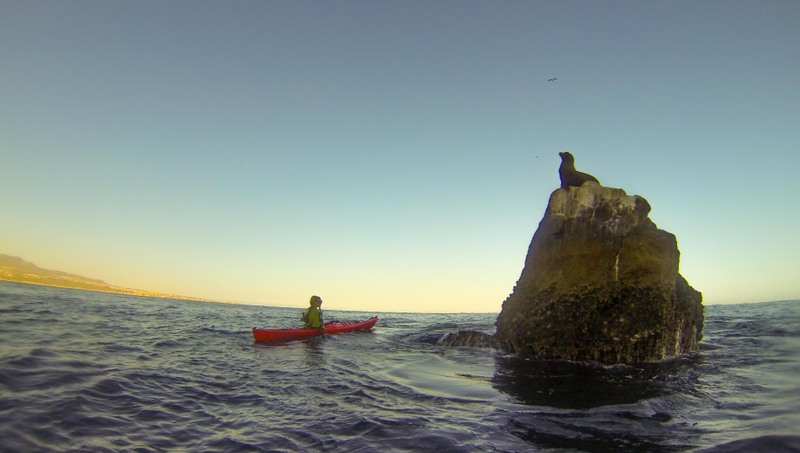 I’m sitting on the tip of Baja, which juts into the Pacific in one last dramatic statement of land. It’s the land of giants – rock pillars reaching hundreds of feet into the sky, flecked with sea spray from the Pacific Ocean lapping up their sides in a continuous futile pursuit to reach their tops. On one side sits the Pacific in all its glory, and on the other side the human race is engaged in a frenzied competition to stack as many drinking establishments beside the bay as possible. The only thing that stands in-between the people and the Pacific are those rocks and one small community of sea lions which fitfully protest the continuous flow of booze cruises coming in from Cabo, a place we have managed to summarize in one word: Babylon.

On one side sits the Pacific in all its glory, and on the other side the human race is engaged in a frenzied competition to stack as many drinking establishments beside the bay as possible.

It’s an interesting place to be, and to be somewhat stranded here is more interesting yet. Our course should have thrown us well clear of the edge of the world at this point, but instead we sit in a haze of jet skis, only loosely operated by their inebriated drivers, ripping along at such tremendous speeds that sometimes when I hear them coming I brace myself, wondering what kind of impact a five-hundred-pound, 40 MPH projectile running headlong into 40,000 pounds of floating steel might create. Luckily we’ve yet to find out.

In a matter of days, and after a few transfers of numbers between accounts, the last piece of the puzzle will arrive from the States: a new Kobelt 7050 2” diameter balanced hydraulic steering cylinder with a 12” stroke. If you asked me years ago what I would finally spend the rest of my worldly money and current life savings on, I probably wouldn’t have said that. Lucky for us, this trip has been a lesson in non-attachment with an emphasis on being present, and now the idea of sailing around the world with minimal resources doesn’t only sound possible, it actually sounds like a pretty damn good idea. 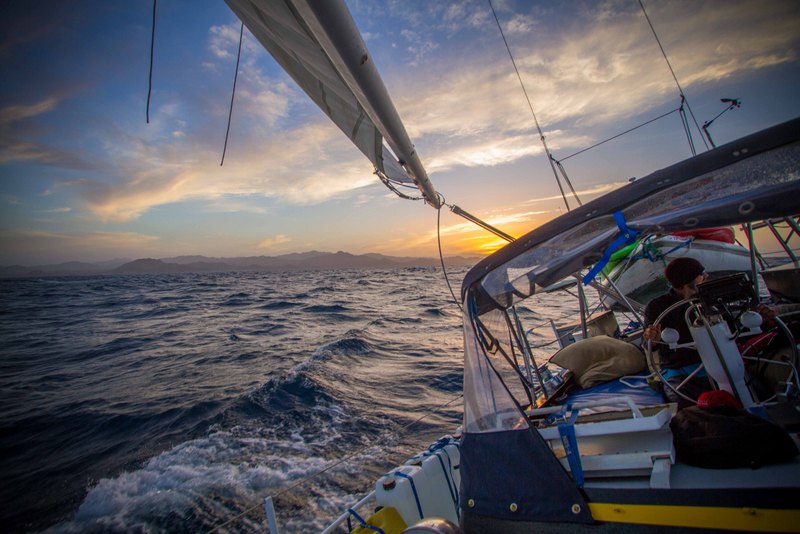 On Friday morning, we will say goodbye to that small community of sea lions and jutting rock spires and quietly drop off the edge of one world and into the next until our floating life capsule reaches the other side, many degrees of latitude and one hemisphere away. A strong north westerly wind tugs the boat against its 60-pound anchor and 100-foot chain, waiting to suck us out into the Pacific Ocean and the trade winds that, we hope, will take us the rest of the way to French Polynesia where crystal clear waters and abundant surf will keep us fat and happy until it is once again time to move on.

Our loose route will take us from here to the Tuamotu Islands, onto Tahiti and Fiji, finally ending in New Zealand in October, just in time for summer. What transpires in-between now and then, and whether we realize our goal of getting to New Zealand before the next storm season, will be decided on by the gods. From here on out our job will be to listen as intently as possible to the boat beneath us and the world around us with one eye on the horizon and the other on the Wizard’s Eye herself. 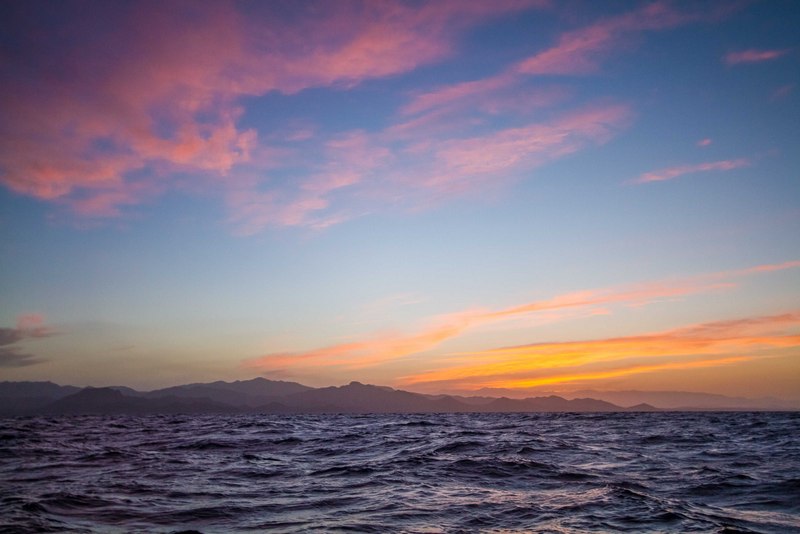 We will continue to release two-week film updates from the expedition here and on our Vimeo page.

We will also be bouncing small chirps of communication off of space and back down into the digital world where we hope you’ll be interested in seeing how the expedition is going and following along: www.facebook.com/wizardseyeexpedition