Though she hails from the mountains of Idaho, Team NRS paddler Devon Barker-Hicks has developed a passion for kayak surfing ocean waves. Here’s her account of the good times and tough competition at the 2013 Santa Cruz Paddle Fest.

The 27th Annual Santa Cruz Paddle Fest (SCPF) started off this year with the traditional Thursday night BBQ at Adventure Sports Unlimited in Santa Cruz where Dennis Judson welcomed stand up paddlers, wave skiers, and surf kayakers to his annual competition on the famous break, Steamer Lane. It was a great mix of paddlers from all over the world. I felt lucky to meet fellow paddlers who use stand up paddle boards (SUPs) and wave skis to shred the waves with surf kayakers. The competition provided great waves with lots of amazing drops and moves. I also got to visit with Jim at the NRS booth. I was stoked to represent NRS as an athlete in the surf. 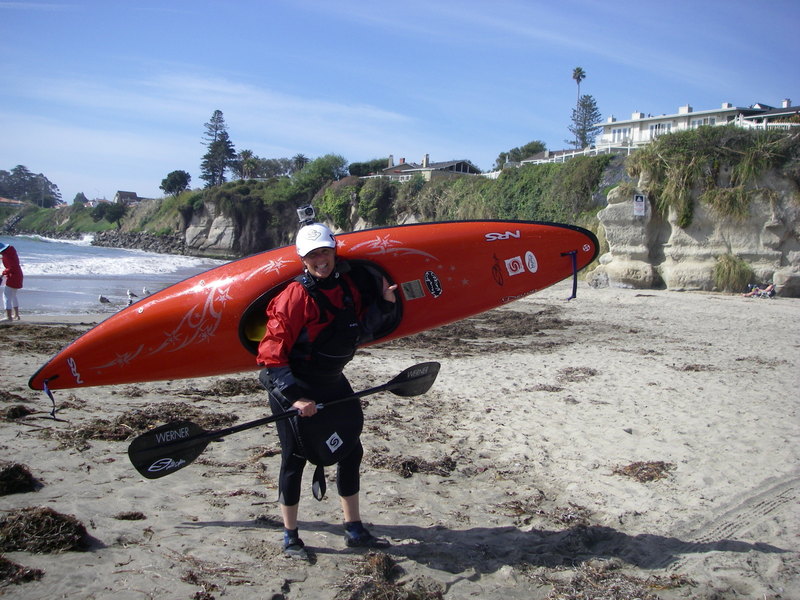 It was so nice to leave snowy Idaho and exchange my NRS drysuit and Toaster Mitts for my NRS Stampede Paddling Jacket. The Stampede is perfect in the ocean, as it provides warmth and blocks the wind, while the GlideSkin™ neoprene neck gasket doesn’t chafe with the salt water. After two days of practice in the ocean, I was ready for Friday’s heats. Everyone surfs Friday and Saturday, and then the field is cut down to the final paddlers for Sunday. Saturday also featured the three-mile SUP race and Cowell’s Classic. Cowell’s Classic is on a break that is perfect for novice to intermediate paddlers who want to surf in the ocean. You can find out more about the surf breaks and the race, and see all the results here. 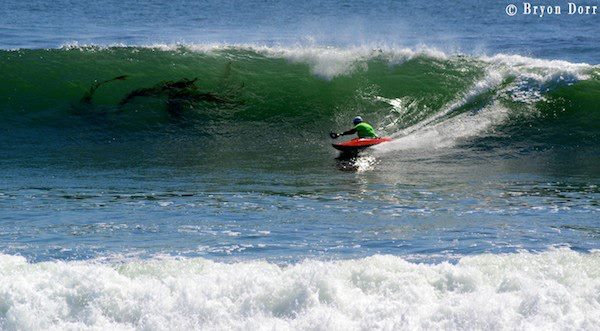 Sunday brought big waves and sunny skies to Steamer Lane. My International Class (IC) competition, which uses longer boats without fins, was first. I had the honor of sharing the lineup and the waves with dolphins. It was the closest I have ever been to them.  And if that wasn’t enough, the waves were perfect. Winning my first final was magical. As I ripped down the face of the waves, the lingering thought did not leave my mind that two hours later I would be up against stiff competition in the High Performance (HP) finals as well. 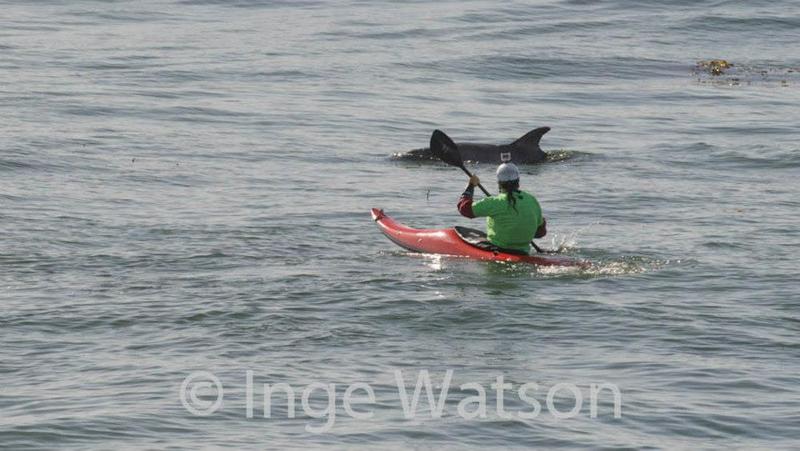 HP is the name for short boats with fins used in kayak surfing. Our boats are similar to long and short surfboards. HP is a little more like freestyle kayaking, as it is easier for me to throw around my super light and shorter carbon and fiberglass Reaction from Murky Waters Kayaks. I can blunt it just like my whitewater kayak. I was three points out of a win going into the final heat where our cumulative scores would determine the overall winner. The final four consisted of my close friends, but close friends who all wanted to win! In the end, Kate Smith, also a top ranked wave skier, took the win! I had some of my best wave surfing to date in the finals heat. I was stoked after my heat and settled in along the cliffs under the sunshine to watch Jimmy Grossman from Idaho take wins in IC and masters while Sean Morley won HP. 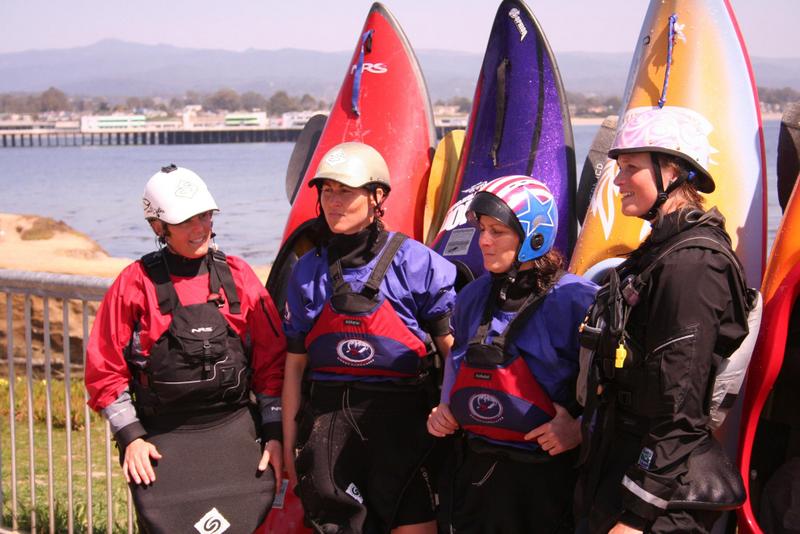 The SCPF was the US West team trials for the Surf Kayak World Championships to be held in Australia, July 9-21st. I made the team and will represent NRS, Idaho, and the USA this summer. You can follow the event at the official website. From Idaho to the Sunshine Coast of Australia, here I come.

How did I, an inland surfer from Idaho, get into surf kayaking? Well, Jimmy Grossman called me in 2005 and announced to me that he knew I liked to surf big waves in Idaho like the Bladder, Gold Hole, and Chair Creek, so I must start surf kayaking. “Sounds good,” I said, not really knowing what I was getting into, but thinking that more big waves sounded great. He was right! Okay, all you whitewater surfers and SUPers, come join me for some surf in the ocean next year at the 28th Annual Santa Cruz Paddle Fest. I was so stoked after surfing in the ocean that upon my return to Idaho I ordered an NRS Earl 4 SUP Board to learn yet another way to enjoy the surf!

Here is a video with a shot of the dolphin and two competition waves from finals.