Warning Signs and Hitting Lines: A Lesson on the Lochsa

When an NRS crew heads to the Lochsa River to test drive one of our new Outlaw rafts, they learn a lesson about first-trip-of-the-season jitters. Customer Service rep Ian Fodor-Davis gives us the rundown of a memorable trip he might rather forget.  (Hint, the raft wasn’t the problem.)

Some river trips give you omens—little, almost indetectable warning signs about trouble that lies ahead. Often these come in the form of small, or not so small, mistakes that build up over the course of the trip. These kinds of omens were plentiful on our first trip of the season, and we thoroughly demonstrated how not to start the year off.

The trip started out rather well.  The Lochsa had come up to 9,000 cfs, which for mid-March was enough to pique interest.  With the river on its way back down, and having run it at far higher and far lower levels, we were just excited to get on the water.  At first it was shaping up to be a three-man trip, running an R2 and a cat.  Then NRS photographer Jacob Boling got involved, and we decided to make it more of a photoshoot.  That was our first mistake, and our initial warning sign. First trip of the year, with everybody running brand new gear for testing and pictures. If you have purchased new river equipment, then you know it’s not really yours until it takes a swim with you, and this usually occurs quite rapidly after the acquisition of said gear.  But that’s just part of the life, a small speck on the very, very large mound of boater superstition.

Getting to the Lochsa after work usually entails arriving at the river in the dark, but most of the time you’re rolling into Fish creek, the Ghetto, or Wilderness Gateway to be greeted by friends and fire.  This time, fellow NRS  Customer Service rep Zed and I rolled into snow.  No big deal.  We were adequately prepared, had plenty of warm gear, and knew we could figure out somewhere to sleep.  The latter part of this proved to be more challenging than we’d expected, but the lovely people at Three Rivers Resort let us stay for two evenings.  To skip past plenty of shenanigans, we woke up the next morning to a beautiful sky, sausage, eggs, and a little bit of dog hair.

Soon, however, our second warning sign reared its head.  We were originally planning on playing around on the Upper Lochsa, but due to too much snow and not enough water, we decided to play on the Fish Creek stretch instead.  However, Jacob, his girlfriend, Cassie and his dog, Montana, rolled right past our camp, expecting to find us at the put-in for the Upper. It was a small mistake, but it added some definite drive time for them!  More shenanigans skipped, we met up with our river compatriots and made our way to Fish Creek.

Third warning sign.  We had an incredible overstock of gear, but we forgot one helmet back at camp.  Some people are risk takers, and to some extent, all boaters are.  But the ol’ noggin should always be protected.  We procured a loner helmet from some generous river friends, and then ended up finding one of our own buried in a pile.  We were able to wipe some sweat off our brows now that we’d solved the helmet dilemma, meanwhile continuing to pay little heed to the warnings we were receiving.  The river gods can be quite subtle at times. 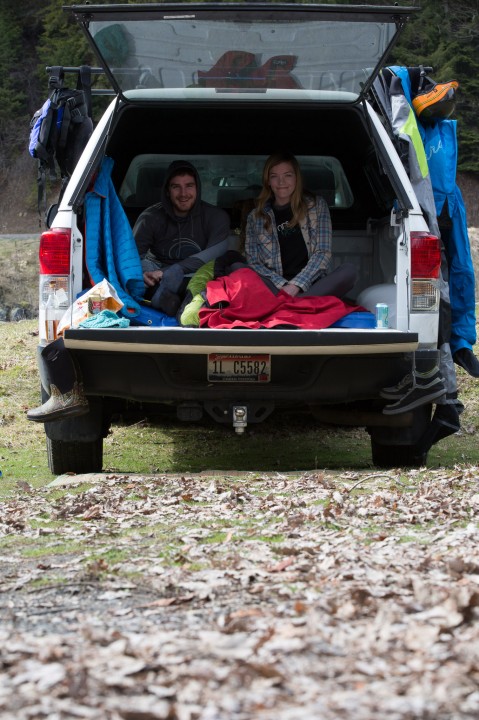 On the water, it was a beautiful day.  At around two feet, the “Rocksaw” is in full swing—plenty of fun to be had all the way around, but quite boney.  We were testing a new boat, the Outlaw 140, which ran quite well, I must say.

Now it was time for our fourth warning sign, and biggest mistake.  Cockiness.  It is the bane of all boaters, and many do not know that they are experiencing it firsthand.  Symptoms can include bragging, puffing or swelling of the chest, or statements such as “I always hit my lines.” (This comment ended up giving me quite the scare when I was a younger, far less humble boater and guide.)  In the same way that you can always tell when a boater has the quiet confidence mandatory for running big technical water, you can usually tell when a boater is starting to get too cocky with the river.  I was not quite there yet, but most certainly was on that path. The Lochsa is one of my favorite places in the world, an incredible area and an incredible, friendly river that is lots of fun at most flows, but it is still a river, and the river gods will smack you right upside the head if you start getting too cocky.  I find that the ferocity of the slap directly correlates to the level of cockiness.

Thus, the following slap occurred with a very small amount of ferocity.  Mainly, it was a very good reminder; regardless of how many times you have been on a river, and how comfortable you are with it, it will always be far more “bad” than you are. In knowing the river so well, I second guessed myself.  And that led to the slap. Regardless of how small or large, it is always humbling to have the river take full control of your situation.

Coming into Horsetail, it seemed to be a touch tighter than I had remembered it at this flow.  It is one of my favorites on the river at all flows. My father had a close run in with the entry rock, thinking that the line was a little wider than it was. Like father like son, I read the line thinking it was wider than it was, and misjudged the speed we needed to make the slot. We ended up parking perfectly on the rock, and immediately saw need for a quick high side. The boat was absolutely not going to go anywhere without flipping, and finding yourself underneath a boat on the upstream side of a large rock is a really terrifying thought. To everybody’s credit, we all were out of the boat and on the rock in approximately two seconds flat.

Now, in this situation, if the boat does not fully wrap, you can hop back in as the boat spins past the rock. This boat, as I mentioned, was a production sample we were testing for our new Outlaw raft series.  It preformed drastically well in all areas.  However, as the drop-stitch floor bent with the force of the water, it loaded up like a spring. As soon as we were all on the rock, the boat quite literally sprang free from the wrap.  This was great news; we did not have to deal with unwrapping a boat.  On the downside, we were now three amigos participating in some wonderful bonding time on a large rock, in the middle of a large rapid.

I would call horsetail a Class III rapid, and at some flows, it has Class IV consequences.  Particularly on the river-left side of the rapid, where there’s a nasty pour-over and a couple of rocks you don’t really want to swim over.

However, once past the entry rock, the right side of the rapid is quite clean at all flows.  So, I suggested that we jump in and swim the rest of the rapid. The looks I received could have curdled milk. Keep in mind, there is still snow on the bank, it is incredibly cold water, and this is our first trip of the year.  Nobody had their swimming legs on yet. Jacob immediately responded with “I’m not swimming.  Too early, too cold. Wait, are you serious?” And Zed’s response was quite simple. “Yeah, I’m not swimming that.”So, our plan of action was to sit and hang out for a while, and to trust our fate to the capable hands of our friends on shore.  While we were waiting, a truck pulled over containing individuals who were just nice enough to notice that we may need a helping hand.  Long story short, as they were getting a plan underway, communication with us was not at all successful as the rapid was quite loud, and there is only so much you can do with hand signals.  Thus, the rescue attempt ended with:

This actually worked out quite well; it gave us the confidence we needed to jump in and make the swim.  I jumped in first, followed by Jacob, and then Zed, who had never had any form of whitewater trouble or swims. For his first time on the Lochsa, swimming the majority of horsetail,  I was impressed!  Also to his credit, once we were safely on shore, we moved the stern mount to a center frame, and Zed jumped right back in with me to finish the rest of the run without event!

It was quite the day, with an incredible experience that resulted in many positive and negative memories.  While I’m reminded not to beat myself up, anybody running a boat that puts other people in danger ends up blaming themselves. I have since gotten over the fact, and will be back down to the Lochsa very shortly with less dignity, far more respect, and a much needed slap to keep me in my place. 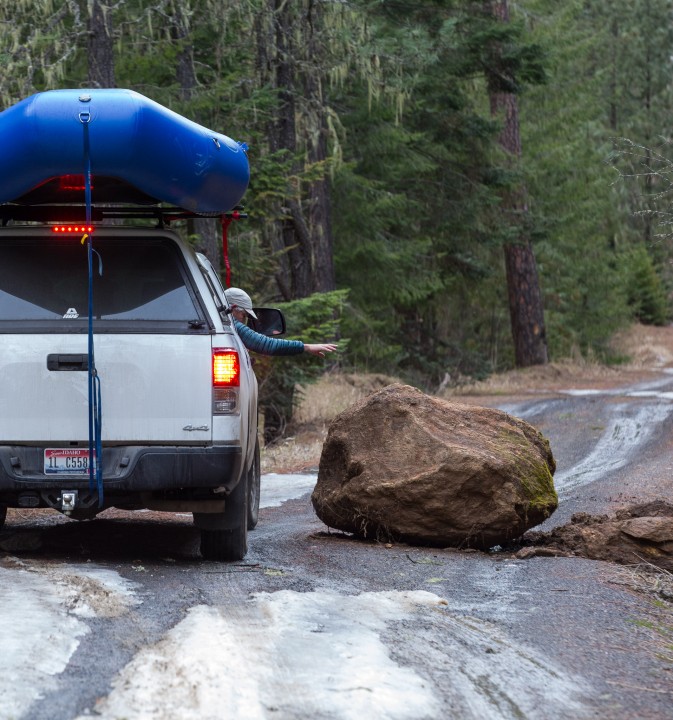