On the first Saturday of November, kayakers and spectators flock to western North Carolina’s infamous Green River Narrows to enjoy the competition and carnage that is the Green Race. NRS’s Jean, a former Asheville local, offers the quick-n-dirty on how to get the most out of your Green Race visit before, during and after the event.

Hands down, fall is one of the best times of the year for paddling in the Southeast. With temperatures cooling off, humidity thinning out and the leaves turning brilliant colors, the Green River Race is the climax of the season.

The Green River Narrows Race started in the fall of 1996, by NRS team member Leland Davis, and has continued to morph into one of the most important kayak races of the year. Every first Saturday of November, over a hundred people line up to push their limits on one of the most technical and difficult pieces of whitewater in the US. With top finishers such as Pat Keller, Mike Dawson, Issac Levinson, Keith Sprinkle, Katrina Van Wijk and Adriene Levknecht, this race attracts the leading kayakers from around the world to the small town of Saluda, North Carolina, in the hopes of earning the coveted piece of glass, or at least bragging rights for finishing.

Event organizer, John Grace from AMONGSTiT Productions, creates a safe and exhilarating experience for both racers and spectators without charging an entrance fee. The efficiency and ease with which this event goes off is a testament to how hard the AMONGSTiT Productions crew works to put on the Green Race.

The Green River Narrows is known worldwide for its demanding whitewater. With rapids such as Sunshine, Gorilla, Go Left and Die, it’s no wonder this river gets the respect it has. Adding the element of racing to this already challenging class V river proves these racers are some of the best athletes.

Traditionally, the pre-race party, held at Highland Brewing Company the Thursday before, has screened a brand new whitewater movie while raising money for the Green River Access Fund. This year’s party is releasing The Force and includes a costume contest for the best dressed “Hippie or Hipster.”  If you’re lucky, you’ll mingle your way into an exclusive invite to the post pre-party in West Asheville at the “Mayor’s House”—really the crux event of the weekend.

To recover from Thursday night’s festivities, try to snag a table at Sunny Point Café, one of West Asheville’s hippest breakfast spots. Smelly dirtbags clambering for that cup of joe to fuel practice laps will be mingling among the staring tourists who won’t understand why they haven’t showered. A spicy Bloody Mary and the Huevos Rancheros are a must, unless you’re courageous enough to tackle the French Toast—a class V challenge of its own.

If you can’t get in Sunny Point, take a short walk down the street to Biscuit Head for some good ol’ southern Cathead biscuits with an Asheville twist. The enormous, fluffy biscuits are covered in specialty jams—think Chocolate Blueberry or Apple Butter Bacon—you certainly won’t be walking away disappointed.

Let your breakfast settle and continue walking to the River Arts District to witness, first hand, the imaginations of artists who make Asheville the creative haven it has become. The aroma of 12 Bones BBQ, a place President Obama likes to frequent, will convince you that the line out the door is well worth the wait. After Blueberry Chipotle ribs for lunch, be sure to check out one of several breweries located in downtown Asheville. If you’re hanging out at The Wedge Brewery sipping on an Iron Rail IPA, munching on something from one of the many food trucks parked nearby—Congratulations! You’re practically a local.

Not up for the challenge of a class V race Saturday morning? Join the more than one thousand spectators hiking to the Green River to watch one of the greatest whitewater shows on earth. Arrive in Saluda early to secure your spot, as the hike in to the river is brutal and can get frustratingly backed up as early as ten am. Due to its grueling nature and steep trail, hiking in can take up to two hours.

Every year someone twists an ankle or takes a tumble; be careful out there and watch your footing. The best vantage point for on-the-river race action is sitting above the rapid, Gorilla, a sure place to see some intense carnage. The AMONGSTiT website gives newcomers information on how to best access the river.

Autumn weather in Western North Carolina can be a bit unpredictable; it’s a good idea to dress in layers. The hike in is sure to make you sweat, but you’ll be stoked about that fleece around your waist once the river spray and shade cools your core. Rain, snow and frost are not an unlikely threat—pack smart and be prepared for any forecast. Bringing a backpack with extra clothes, water and snacks is a great way to enjoy your Green Race to the max.

After the race, stoke continues at the Awards Party, this year to be held in the conference hall at the Blue Ridge Community College. Video footage of the race will play and cold beers, courtesy of Oskar Blues, will be available for purchase as the crowning of the winners takes place. If you have one too many brews, there are some great camping options in the area.

Although Asheville is enticing, stay awhile in the charming town of Saluda and embrace the southern culture. Known for its annual Coon Dog Day, numerous shops line Saluda’s quaint Main Street. The best way to wrap up the Green Race festivities is over a glass of local ale and the Pimento Cheese Sandwich or Ultimate BLT on The Purple Onion’s patio, arguably Saluda’s best eatery. 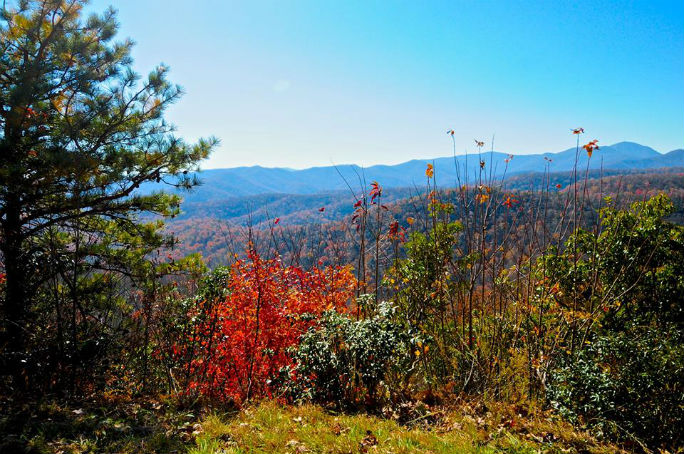 For paddlers looking to get their boats wet, but not quite on par with the Narrows section, the Upper Green provides a ton of fun with less danger. Class III drops combined with beautiful scenery—it’s a must-do for Asheville-area paddlers. Running this section before the race can really add to your experience.

Section 9 of the French Broad River offers a great stretch of class III whitewater just outside Asheville. If you’re really lucky and it happens to rain after Green Race Weekend, The North Fork of the French Broad provides absolutely perfect class IV creeking, an East Coast staple. Don’t miss an opportunity to check out the multitude of rivers and creeks in the Western North Carolina area.

The race may be the reason you ventured to western North Carolina, but don’t let it be the only take-away. The arts and culinary scene, combined with the most thriving microbrewery scene around and endless whitewater options, a trip to the Green Race can turn into the ultimate weekend getaway. Take these tips—leave room for spontaneity—and find yourself getting lost amidst the locals.