In 2014 PuescoFest brought together more than 1,000 people to celebrate free-flowing rivers in the Puesco Valley of Chile. With hopes of tripling attendance at this year’s festival, event organizer, LJ Groth, delves into the important movements behind this awesome event.

Water is at risk. Although at times hard to believe, some of our fellow humans are on the hunt for commercial “rights” to the world’s most sacred resource. What about the human right to drink from, bathe in, float down and hike up a river? What about the right to water for sustainable agriculture? What about the natural cycle of highs and lows? What about the power of flood? What about respect? 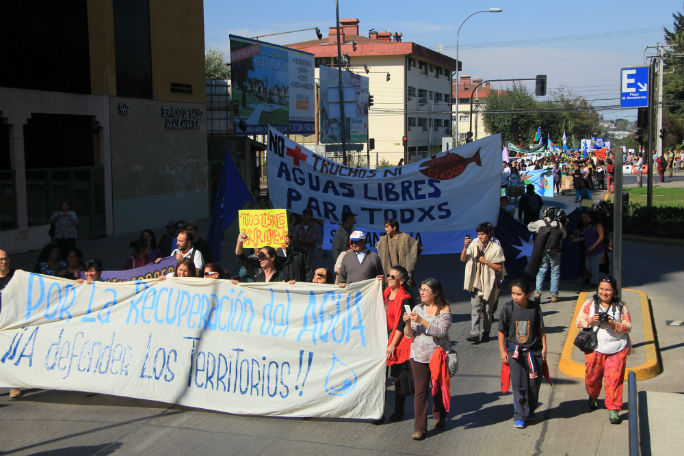 These questions can build a fire inside, and they even have the power to feed judgment and prejudice.

This festival will set you free from the negativity.

PuescoFest gathered over 1,000 people from all over the world in 2014. 34 competitors from 11 different countries battled down the rigorous Class V “Super Slalom” through the Upper Puesco valley. This doesn’t make the event “cool.” These numbers represent a growing mass of people united for the freedom of water. 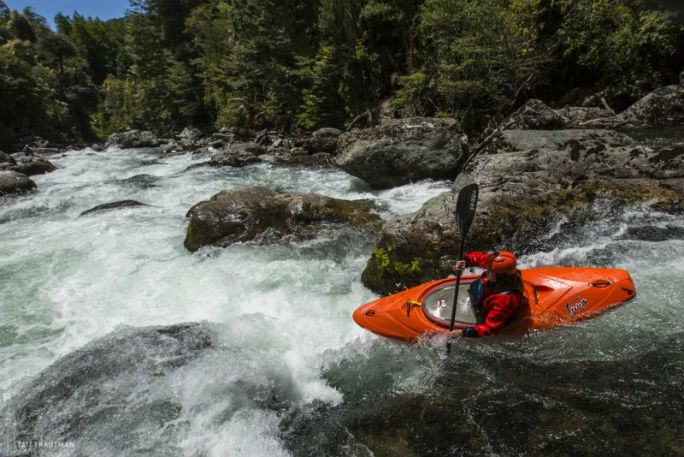 With the support of this growing mass, in 2015 the political leadership in the neighboring counties of Pucon and Curarrehue united to say “no” to the exploitation of their free-flowing rivers and streams.

Also with the unconditional support from the local community and organizations like kayaker-led Los Rios nos Unen (The Rivers Unite Us), the assistance of the legal council of the NGO Observatorio Ciudadano, and with scientific research provided by the UNESCO recognized Biosphere Reserve of the Araucarias, the territory managed to find enough flaws in the outline of the Epril and Puesco-Momolluco projects in order to halt a government sponsored environmental impact analysis of their proposed hydroelectric intervention in the three rivers that make up the headwaters of the mighty Trancura River. The developers, Epril and Besalco, will have to answer to the strong arguments made against their plans for installing three diversion-style dams inside of the Villarrica National Park, and for the proposed 54 km of high tension power lines that would tangle up the valley from its birth in Puesco to its mouth in Lago Villarrica in Pucon.

The troubling truth is that Epril and Besalco are not the end. Amongst the countless localized, as well as the global struggles for the right to water, the regional government of the Araucania recently approved the development of the Anihuarraqui hydroelectric project inside of a nearby native Mapuche community, just downstream from Puesco on the Pichi Trankurra river. The Lof Trankurra continues to organize their appeal of the state’s decision to impose the colonial model of extractivism which threatens to rob resources from the native people yet again.

We owe it to this wonderful planet to unite and to celebrate with her! PuescoFest includes three nights and four days of live music, camping, art, good home-cookin’, natural healing and kayak races. While honoring the force of the free flowing Trancura river in Puesco, the PuescoFest community gives thanks for the life and culture which grows on the banks of every stream and every river on its way to the sea.