As the passenger semi-truck, aka local bus, aka “Saddam,” screeches to a halt in the middle of the road-less Malagasy desert, I look around to assess what kind of stop this is. From the past 48 hours I’ve deciphered that there are three types of stops: 1. Bathroom breaks and food stops; 2: Stops where you aren’t allowed to get off, but you aren’t going anywhere, and the truck crew is crawling around yipping; and 3: Stops resulting from aggressively accelerating into a gigantic mud pit where multiple other trucks are stuck and somehow hoping for a different outcome.

Stop Type Threes take up the most time, as our mud-pit stranded transient communities shovel dirt and take part in make-shift pushing, towing and abundant chilling. As they say in Madagascar, “Hurry up and wait.” With the recent rains, what was quoted to be a 20-hour ride from Tuléar to Beloha was already up to 40. This Saddam stop, however, appears to be Stop Type Two. I’m supposed to wait patiently for an unknown amount of time, but not get out of the vehicle. 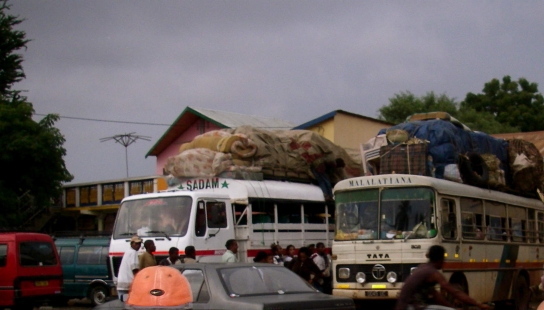 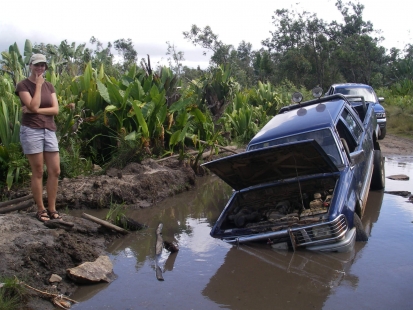 I’m on my way to Lavanono, a small fishing village where I hope to explore a different dance with water than I am used to: surfing. I’ve been in Madagascar researching how recreational tourism can be a tool for conservation and sustainable community development. I don’t have a surfboard or a plan, but realistically, it’s hard to come by either on this island.

Madagascar, an island nation in which 80% of native species exist nowhere else in the world, also has rivers for adventuring (of which I’ve dutifully taken part in with my kayak). But this personal focus on surfing stems from a feeling that while kayaking will always be an integral love of my life, I don’t know when I’ll ever have the opportunity to surf again. I’ve also taken some of the biggest beatings of my life from the ocean, so I know surfing will be a solid alternative to prep me for spring runoff back in the States. 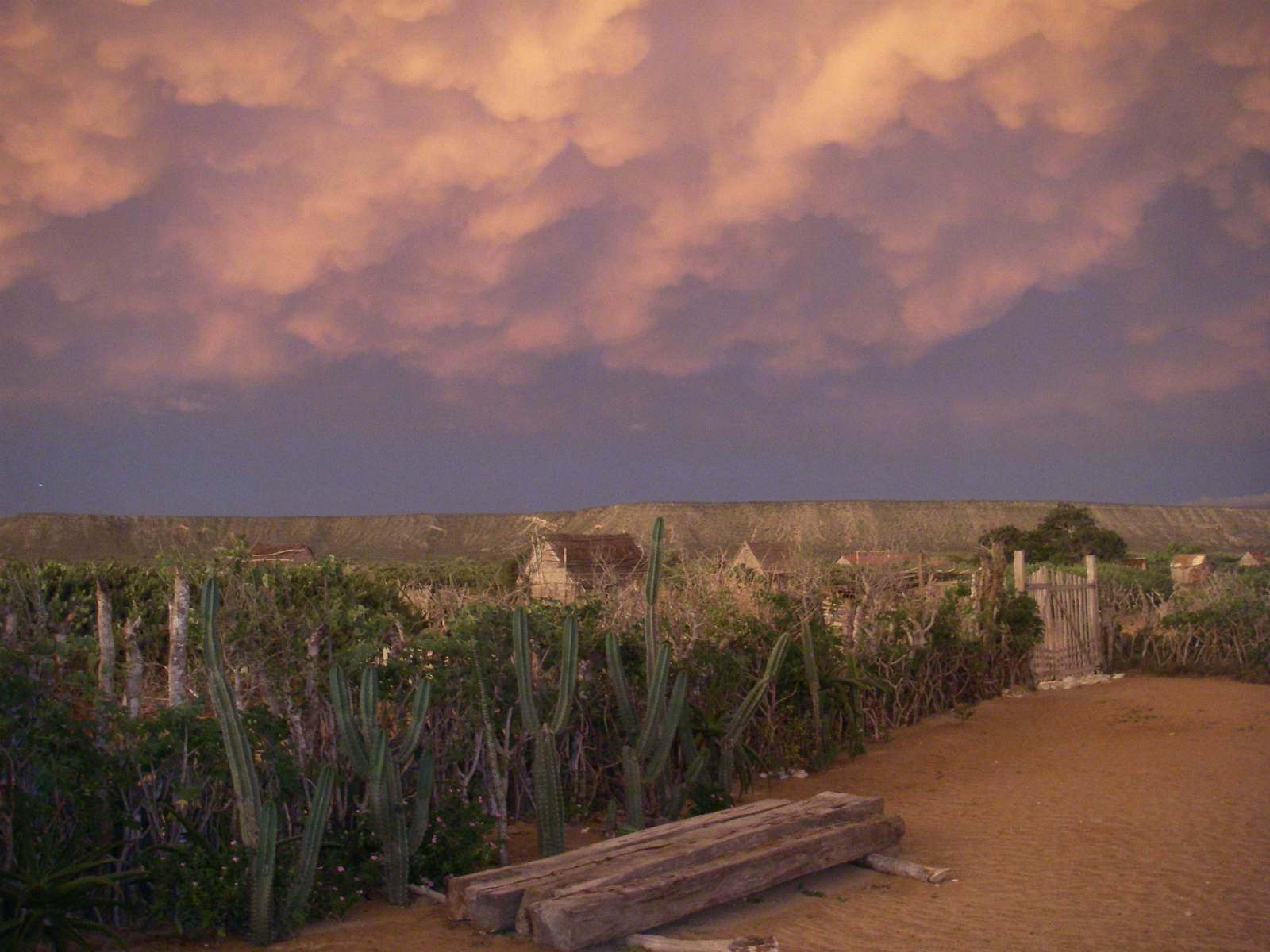 Regardless, I haven’t reached Lavanono yet and my full-immersion technique of eating truck-stop stew with the crew isn’t working out that well. Oddly enough, eating from a shared bowl that was washed in puddle water on a zebu-excrement adorned street didn’t stand out as a red flag to me—you know, when in Rome. But, I’m not in Rome, and I have to go to the bathroom. Now. Surely, I have time to do that, and to be honest, being the only 19-year-old white girl in a sea of over 100 Malagasy aboard, I figure I can feign ignorance.

I’m exactly in the middle of my row, so I climb over four men and a mother with two children to get out the open window. They try to pull me back, shouting in their wonderfully foreign tongue with concern.

I run across the moonlit red dirt to a small bush, and in less than a minute, I hear the truck fire up and the taillights start to disappear in the distance. In that split second, I realize I’ve just witnessed the fastest Saddam Stop Type Two ever, and that I might be left in the middle of the desert, underwear around my ankles, dazed with dysentery and bruises on my forehead from attempting to sleep on the metal bench seats of Saddam.

Then, I run. The whole bus is shouting and laughing as I jump for a hand and get pulled through the window of the accelerating truck. We chug into Beloha at 4 am, and my neighbors laugh again as they wake me to say this is where I’m supposed to get off. 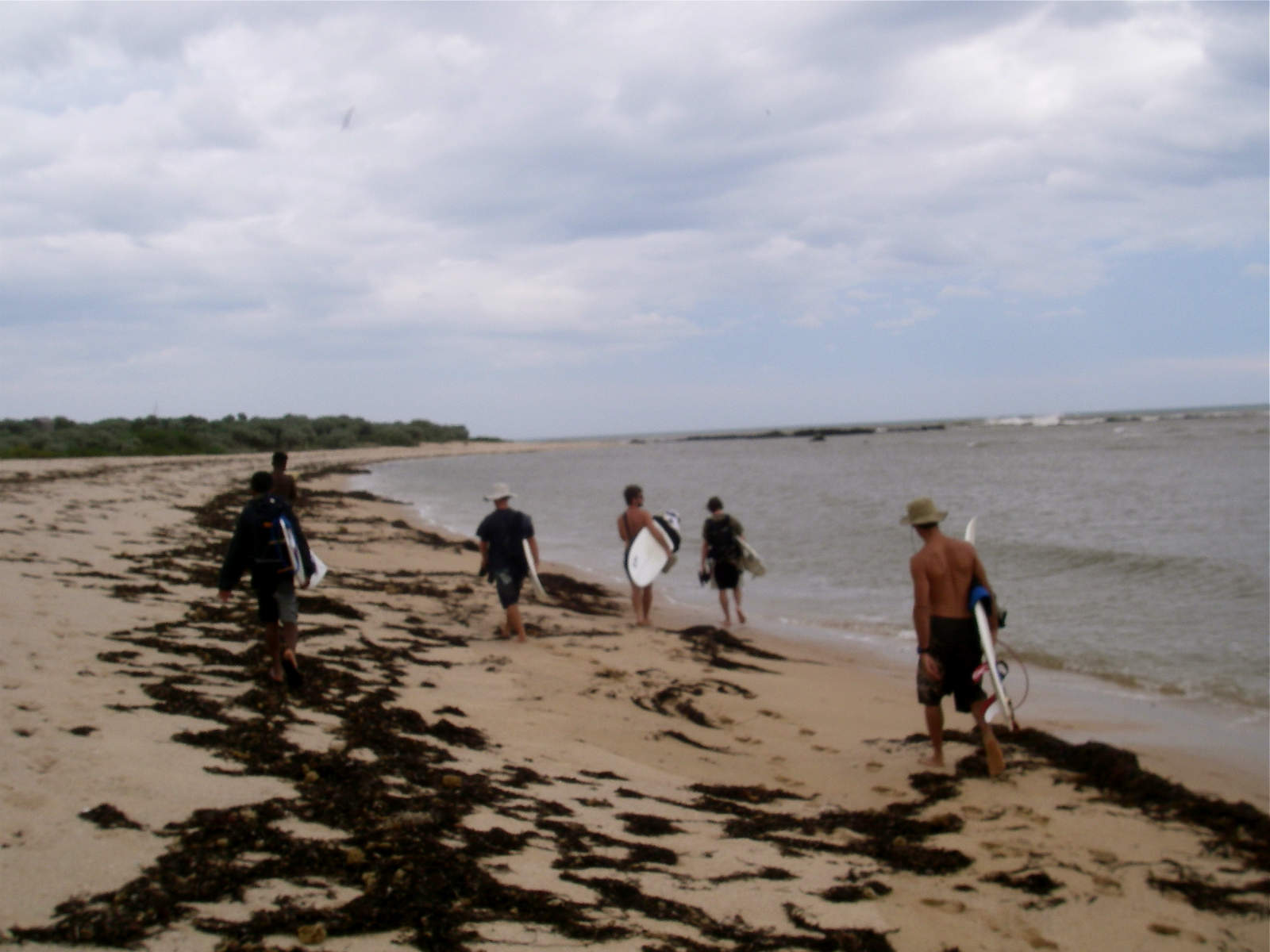 From Beloha, the village of Lavanono is only accessible by the occasional ox-cart, but today happens to be Easter, so strangers wake me again at daybreak and shuttle me to a small pickup truck. The driver is blasting fuzzy music and his truck is packed with beach-bound celebrators going bottoms up on rum. I go with it. We bounce for hours and eventually drop off on a steep descent to the coast. And then, the magical expansive blue of the Indian Ocean comes into view. During a time of international resource exploitation and immense national natural resource pressures, the 3,000 miles of coastline in Madagascar is renowned for undiscovered and undeveloped surf. And finally, I’ve made it.

We pull into a full-blown singing and dancing parade on Lavanono’s three-shack Main Street. A circle of villagers offer hands to help me from the truck bed and I’m whisked off to a circle of young women shaking their bodies in ways I cannot describe and am not genetically able to fully participate in. Despite my greatest efforts, their faces drop and they literally start spanking my butt, confused as to why it’s shaking at a rate less than 500 RPM. 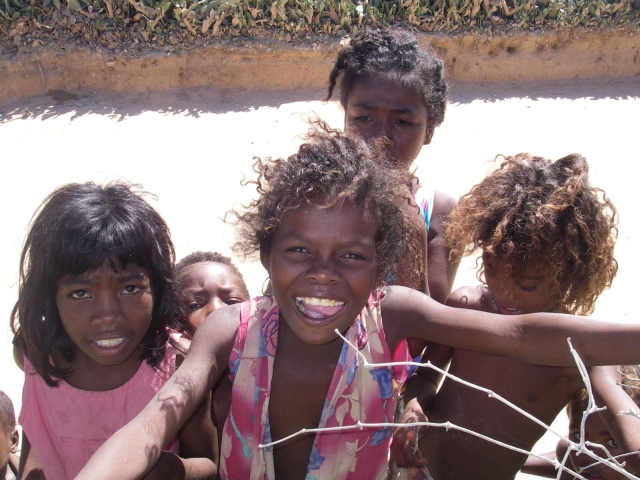 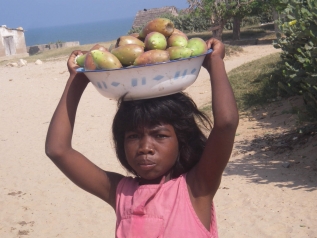 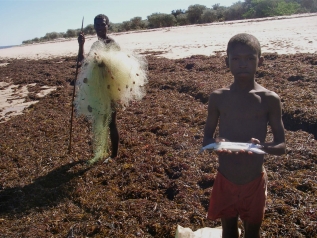 That night on the beach, a local introduces me to Marcel, a man with little monetary means, yet to this day, he’s the richest man I’ve ever met. His presence glows with deep purpose, and a sense that he knows something the rest of us don’t.

A decade ago, Marcel saw a red-headed, fair-skinned backpacker spinning in circles late at night in one of the ghettos of Fort Dauphin. He helped the off-the-beaten-path traveler find his way, and every year since, that red-headed Reunion-ite has returned with friends to Madagascar to explore un-ridden waves. Marcel learned to surf and started a free after-school surf program for local kids. The conditions of Marcel’s home community are rough and surfing is something to keep the youth out of trouble, he explains. 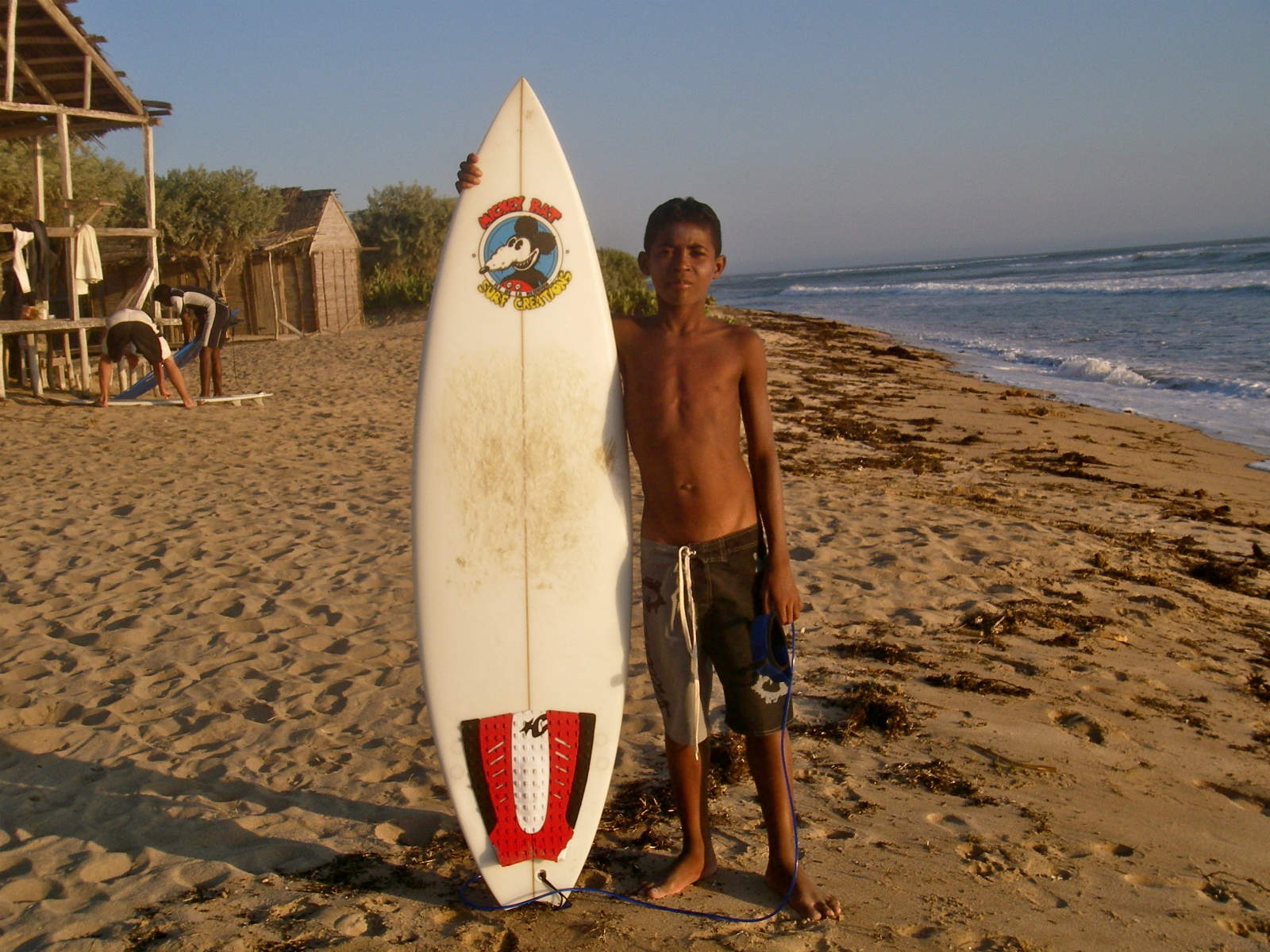 I express a desire to learn and he immediately offers me a longboard to use and designates Joe, his 12-year-old son, as my official instructor for the next month. Every day, I watch mesmerized as Joe shreds the enormous glassy swells and then, when it starts to die down, paddles in, smile ablaze, to teach me the ways of the ocean. We have bonfires and eat fish with village friends every night. Similar to the river, strangers quickly become family through the bond of water. In this land beyond time, the 40-hour bus ride with its various stops and the embarrassment of being caught mid-squat, it’s all worth the wait.