The Pivot: A Superhero Second Skin

The sky darkens, threatening to split open and smash us with rain at any moment. There we stand, a textbook pathetic fallacy: Myself and 25 other kayakers have just paddled up to a concrete wall blocking the flow of the mighty Soča river, funneling it into a pipe. We clamber onto the dam and out from the dead water. Shouldering kayaks, the bright boats contrast against the grey concrete. Bushwhacking around the small hydro station, in my Hulk-green NRS Pivot drysuit I’m almost camouflaged amongst the spring foliage. But I don’t feel like a superhero.

It’s day three of the Balkan Rivers Tour, a source-to-sea paddle on the Soča River from Slovenia into Italy. From the crashing, emerald whitewater upstream, there is barely a current here. We’d been paddling to raise awareness about proposed hydropower dams amidst the kayaking paradise of the upper Soča and the thousands of other unnecessary dams proposed in the Balkans. But the mood is as somber as the impending weather.

There are many ways my kayaking gear takes a beating. From early spring ice on the Ottawa River, to hot southern hemisphere sunshine in New Zealand. This spring, I took it through sun and rain, sea spray and asphalt while spending 30 days on the water exploring the whitewater-rich Balkans as a writer for BRT. Portaging and climbing over hydro dams was a new test for my gear. (Not to mention my sanity.)

Paddling the upper sections of the Soča River meant getting wet (and yet staying dry) in some of the world’s best whitewater. I could have chosen a women’s specific suit like that NRS Crux. But I preferred the back-entry style of the Pivot vs the across-the-chest zip for comfort while portaging as well as the extra degrees of freedom of movement while paddling. The clean aesthetic of the back zip is also a plus.

They may claim it’s a co-ed drysuit, but men really have no idea the complex talent a girl needs to use a men’s (ahem co-ed) relief zipper. But I was willing to get creative. As one of only a handful of ladies on the tour, being quick on the riverbank when nature calls is key. Luckily, the generous-sized opening made it easy to fit a shewee—or bottle—down my pants and the friendly, plastic teeth of the TIZip relief-zipper ensured I didn’t thrash my hands while taking care of business. (I can only presume guys would appreciate those two features as well.) It takes some finesse, but I’ll proudly admit I’ve yet to have a spill. (Knock on wood!) Rumor has it NRS is releasing a women’s Pivot for 2018 complete with a dropseat. I may become a sheewee pro by 2018, but I’m dam—I mean damn—excited for a lady’s Pivot. 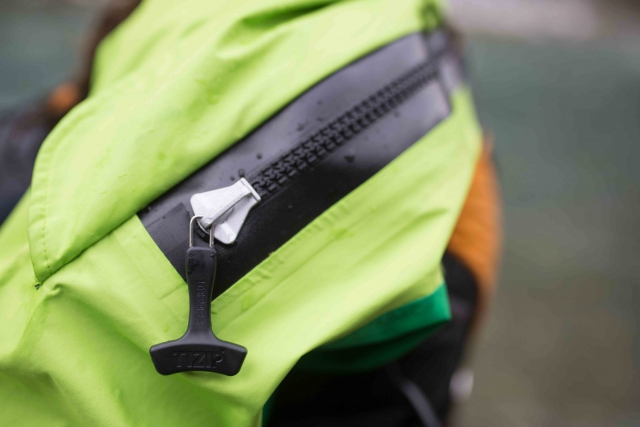 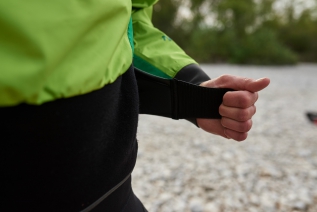 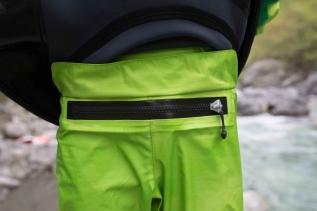 Paddling from the Soča’s source to the Adriatic Sea included four-days of shallow, almost-flat water. And as I paddled alongside ducks, I was both impressed and entertained by the water repellency of the Eclipse material where water droplets beaded on my arms like the feathers of my waterfowl friends.

Maintaining a comfortable body temp while battling sun and clouds, rain and splash over long days on the water can be a challenge on any river. The Eclipse fabric acts like a superhero second skin, providing breathable properties and allowing moisture to escape while keeping me bone dry from whitewater and rain. Our source-to-sea also included eight dams we had to portage. Some of these portages were next-level and required rappelling, which is an astoundingly powerful way to illustrate the fragmentation dams create. The entire Pivot suit is woven to resist puncture and abrasion, a noted benefit when scrambling amongst rebar and old metal. And I was happy to have the reinforced, double-layered knees of the Pivot while climbing up and down rocks and rough concrete weirs. 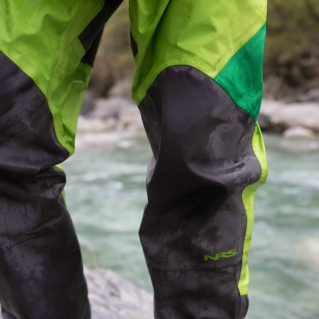 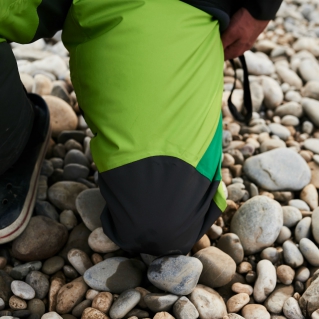 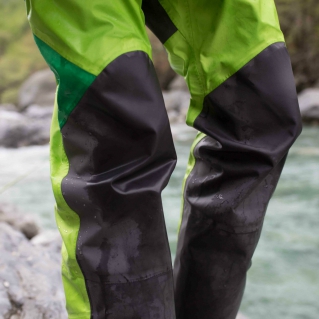 But it isn’t always about the trademarked waterproof fabric and the big-picture specs of breathability and DWR treatment. Sometimes it’s the smaller features that stand out the most during expeditions. Like the punch-through neoprene overcuffs on the wrists and neck. They not only protected my gaskets, but the material sat just low enough on my wrist to provide added sun protection as well as to shield against thick brush and thorns—which is rampant around dam sites. 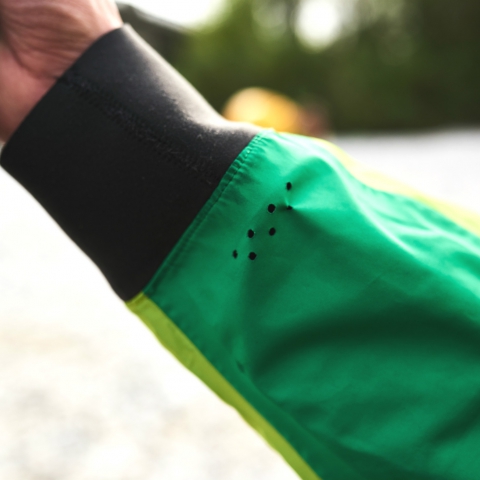 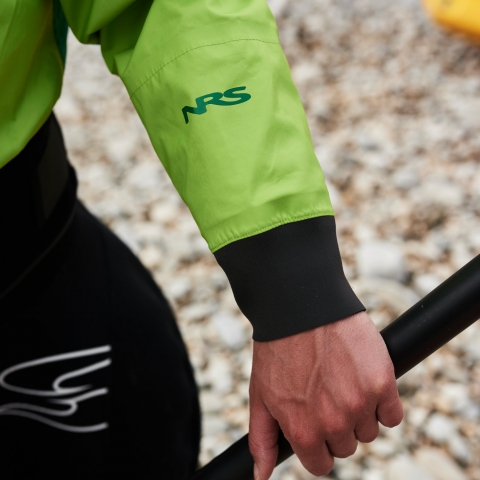 Based on the generous arm length of the Pivot, it’s clearly designed by paddlers, for paddlers. The body had enough space to bend and crawl getting in and out of my boat in tricky spots, but fitted enough that it never bunched up inside my boat or interfered with technical hiking. Each morning, amidst the flurry of packing tents and preparing for riverside interviews, the Pivot became a reassuring constant. I will be warm and dry today. It has become a piece of technical outerwear that I look forward to pulling off the line and stepping into each day.

Dropping my boat back in the water, the frustration of my fellow paddlers is palpable. Paddling away in the stillwater choked out by the upstream dam, we all miss the feeling of a wild river—the flow and the sensation of living water. Brushing gravel off my knees, water off my sleeves, and stomping mud off my feet, I’m warm, dry and pissed off. This mini-hulk is ready to take action and continue to battle the concrete giants of unnecessary hydropower. When paddlers become protesters, superhero changes can happen. All in the name of our rivers.