This hodge-podge of Wild & Scenic Wednesdays was put together from the comments we’ve collected on Facebook and Instagram. From Arizona’s only designated river and Arkansas’s most popular river (and our country’s first National River), to the White Salmon—a whitewater kayaker’s haven—and California’s Kings River, June’s featured rivers offer a little bit for all boaters, paddlers and fishermen. 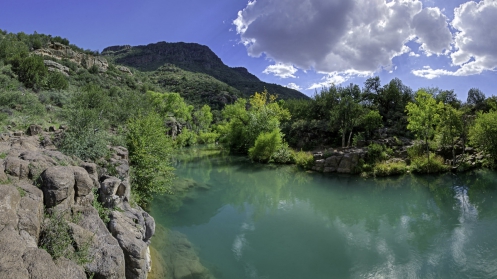 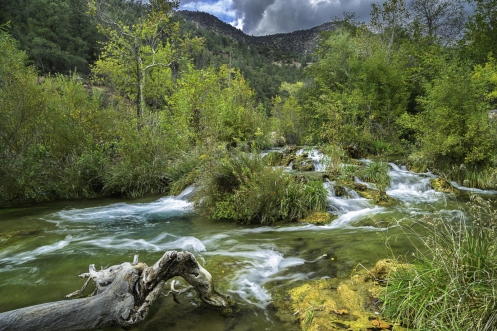 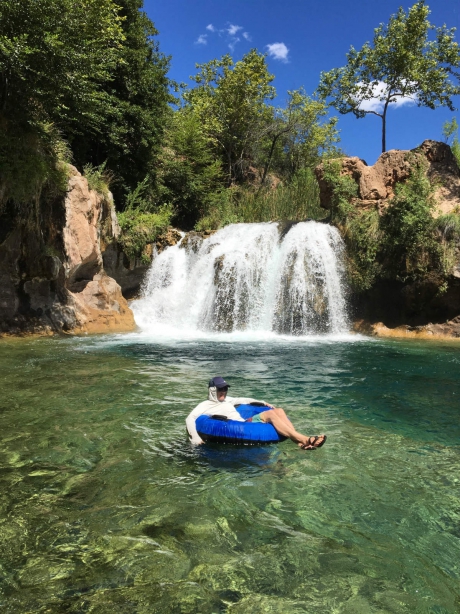 1. Fossil Creek is one of only two Wild and Scenic Rivers in all of Arizona.

2. For nearly 100 years, Fossil Creek was drained almost completely dry by a hydroelectric project. You’d never know it today. Thanks to the most successful river recovery effort in the Southwest, Fossil Creek was restored and is as stunning and healthy as ever.

3. Fossil Creek gets its name from the high levels of calcium in the water that form travertine (limestone) fossils on just about everything in the creek, creating rounded, odd-looking formations and spectacular aquamarine pools.

5. Fossil Creek is an important cultural site for the Yavapai-Apache people, who refer to the stream as Tu do tliz which means “blue water;” Fossil Creek is known for its crystal-clear, blue-green water that provides relief from the desert around it.

1. One of the largest rivers in the Sierra Nevada, the Kings River flows through the second deepest canyon in North America, rivaled only by Hells Canyon, and through one of the most popular national parks in California, the Sequoia-Kings Canyon National Park.

2. On Three Kings Day in 1806, a Spanish expedition lead by Gabriel Moraga camped alongside the, then, unnamed Kings River. They named the river El Río de los Santos Reyes, or “River of the Holy Kings,” which was later shortened to Río Reyes: Kings River.

3. The Kings River has the highest volume of water, which can be safely rafted in the Sierra Nevada, and due to the large size and high elevation of its drainage basin it has a longer boating season than most other Sierra rivers. Although the Middle Fork and most of the South Fork flow through rugged backcountry and is recommended only for expert paddlers, it eventually becomes an outstanding whitewater rafting river in its lower reaches in Sequoia National Forest.

4. For paddlers skilled enough to take on the Middle Fork, wilderness permits are required for overnight camping and can be obtained from Inyo National Forest. Plan for a day to hike over Bishop Pass to reach the put-in and several days to paddle the 29+ miles to the take-out.

5. If you’re not a paddler, the Kings River National Recreation Trail provides a great opportunity to explore a segment of the river eligible for Wild & Scenic protection. Or hike the Bear Wallow interpretive trail, at only two miles long it gradually climbs the foothill slopes, ending at a dramatic scenic overlook offering views of John Muir Wilderness, Monarch Wilderness, Kings Canyon National Park and the Kings River area. 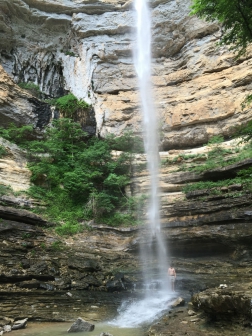 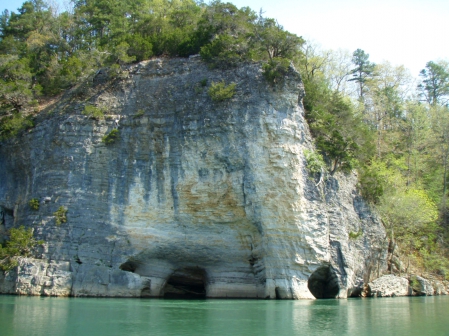 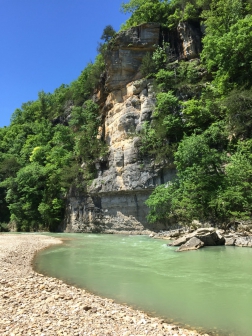 1. In the 1960s there was a strong push to dam the Buffalo River. Instead, Senators J. William Fulbright and John L. McClellan introduced the Buffalo National River park legislation in 1967, and the river became the first national river in the United States in 1972. Today, it’s one of the most popular attractions in Arkansas, averaging 800,000 annual visitors.

2. Paleo-Indians inhabited the Ozark region roughly 10,000 years ago. European and American settlers reached the river by the early 1800s. Today, old homesteads and structures are still standing throughout the Buffalo River area.

3. Located in the Ozark hills, the W&S portion of the Buffalo River flows 16 miles from its headwaters through the Upper Buffalo Wilderness to the boundary of the Ozark National Forest and is characterized by dramatic terrain, uneven, sharp ridges and cliffs with significant vertical relief, unusual rock formations and slopes greater than 35%.

4. One of the most iconic paddling trips in the state is Ponca to Kyle’s Landing, however, experienced paddlers can run the W&S section of the Buffalo when rainstorms raise the river into Class III-IV territory with an average gradient drop of 38 feet per mile.

5. The Buffalo River is home to Big Bluff, the tallest sheer bluff between the Appalachian and the Rocky mountain ranges and Hemmed in Hollow, Arkansas’s tallest waterfall cascading 209 feet. 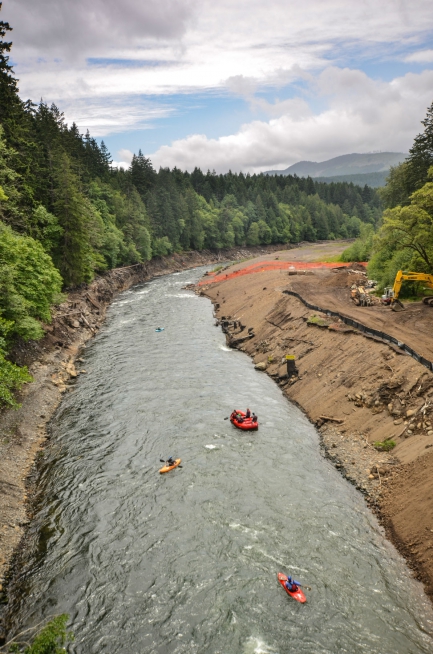 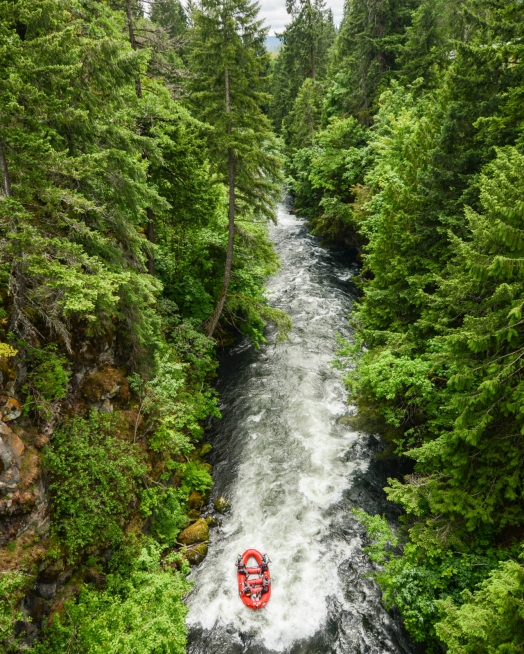 1. The White Salmon begins on the glaciers of Mt. Adams, giving the river its ice blue color. The river itself was created from a collapsed lava tube and flows through farmlands and canyons, surrounded by lush, fairy-tale-like forests until it meets the Columbia River.

2. Numerous seeps and springs found along the canyon walls provide a consistently cold and sustained flow of water, in fact, the White Salmon is one of the few rivers in the Pacific Northwest that has year-around, runnable class III rapids located in a natural setting.

3. Depending on skill level, the White Salmon offers a variety of paddle-able sections from the hard-to-access Green Canyon, expert-only Green Truss and the Farmlands (which only one outfitter has access to commercially run), to the popular Middle White, the mellow Lower and the recently created Lower, Lower offering Class II-III rapids.

4. The Middle Gorge is one of the most popular whitewater rafting and kayaking runs in Washington and Oregon (maxing out at roughly 40,000 paddlers annually) and is home to Husum Falls, the largest commercially run waterfall in the United States and a favorite for kayakers.

5. In 1913, the White Salmon was obstructed by the construction of the Condit Dam. The 125-foot tall dam was built with no fish passage, limiting salmon and steelhead migration. But after evaluating the high costs and the minimal output—only 10 megawatts on average—the dam was removed in 2011, returning free-flowing status and salmon and steelhead spawning to the White Salmon.