Success on the North Umpqua River: WRC and Swiftwater Park

Weaving a cold, emerald thread through the west-slope forests of Oregon’s Cascade Mountains, the North Umpqua is a river of tremendous importance. It’s a stronghold for salmon and steelhead, the whitewater is excellent, public access is outstanding, and the fly fishing is renowned. Our friends at Western Rivers Conservancy recently protected a critical reach of the Wild and Scenic River corridor at the start of the 79-mile North Umpqua Trail at the head of the flywater.

Swiftwater Park was a county park that protected a mile of Oregon’s Wild and Scenic North Umpqua River, including a beautiful stand of old-growth forest and prime salmon habitat. In 2013, when the county fell on hard times and had to sell the park, its future became uncertain. Would it go to a timber company? Would it be parceled up and developed? Would the Swiftwater Trailhead be closed for good? WRC had a better idea. 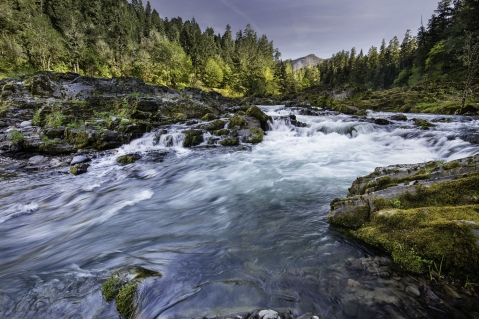 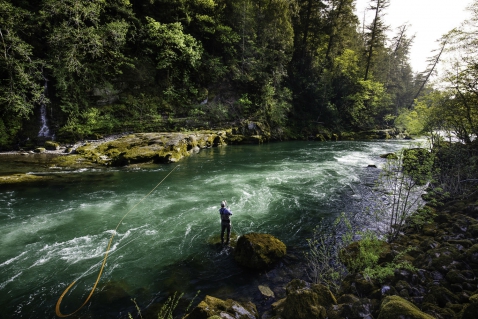 In 2016, Western Rivers Conservancy purchased Swiftwater County Park and set out to raise the money needed to protect it for good. Local communities, angling groups and foundations all jumped behind WRC to help it reach its goal. Its plan was to transfer the lands to the BLM to be managed within the Wild and Scenic River corridor and to guarantee continued public access.

The summer of 2016 was hot and dry and right in the midst of their effort to raise over $2 million to pay for the land, fire struck. It burned 30 acres of the property and was the conservation equivalent of a Class IV rapid appearing out of nowhere. Despite the challenge, WRC stayed the course to keep these important lands public and protected for the sake of fish, wildlife and people. 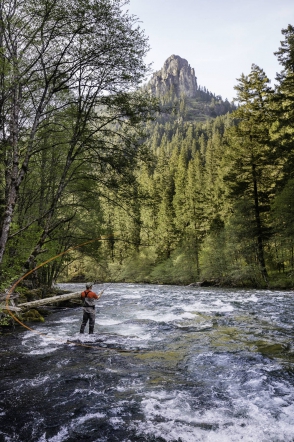 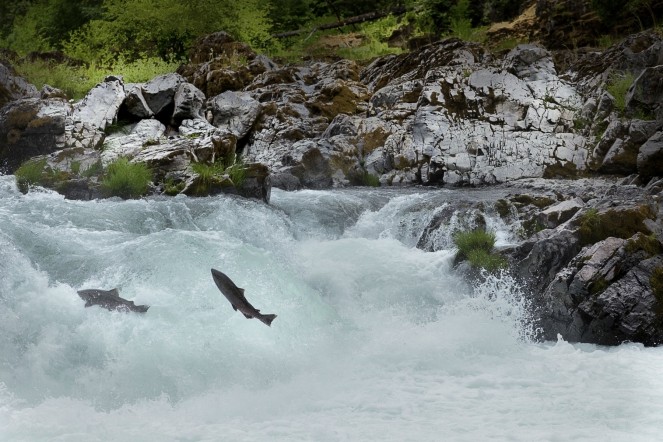 In 2017, thanks to funding from the Land and Water Conservation Fund, WRC, was finally able to transfer the former Swiftwater Park to the BLM for inclusion and management within the North Umpqua Wild and Scenic River corridor. Now, the future of the park is certain: no development, no logging, just public access for river lovers and a more hopeful future for the salmon, trout and steelhead of the North Umpqua River.

If you haven’t been to Swiftwater Park on the North Umpqua River, it’s well worth a visit. You can watch salmon and steelhead leaping Deadline Falls nearby, hike upriver for 79 miles, get schooled by some of the toughest steelhead angling around, or just stop and think that, if it weren’t for the Western Rivers Conservancy and all the folks that supported them in this effort, this could have been destroyed and closed for good. Instead, it’s protected and open to all.