Last season I made the work transition from being a whitewater river guide to being a River Ranger in one of our nation’s spectacular National Parks. Working as a river ranger isn’t “a walk in the park” as the saying goes. Many a hot buggy work day was spent at the boat ramp checking river permits and equipment or planting/watering trees or cleaning up campsites. I learned a lot during last year’s season, including what made my fellow rangers and me happy. And a happy ranger is a friendly ranger that can make the whole process go smoother. Here are some tips on how to keep your river ranger happy and make sure your trip starts off on the right foot. 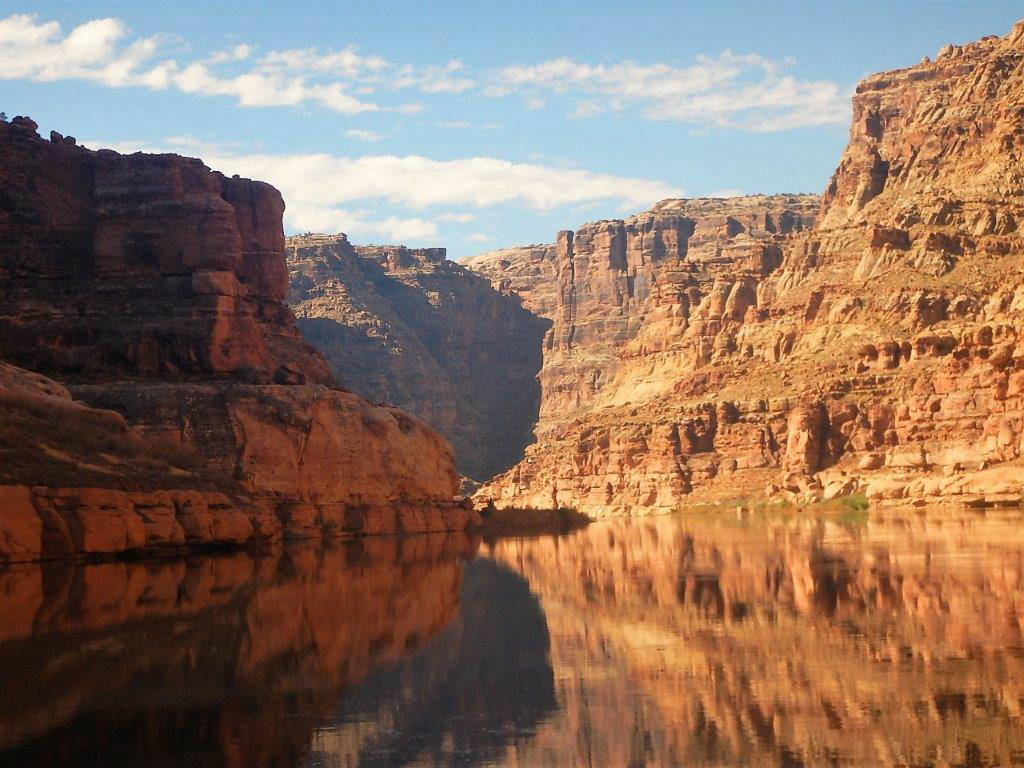 1. Be ready at the ramp with your government-issued photo identification (aka driver’s license) in-hand and ready to show. I don’t mean to sound preachy right off the bat, but this is the first interaction you will have with your river ranger and we all know what they say about first impressions. If you’re one of the unfortunate souls who realize you left your ID on the kitchen table at home, just fess up. Rummaging around in the piles of expedition gear looking for your non-existent ID wastes everyone’s time, including the other groups waiting at the ramp for their inspection. So, be ready with your ID.

Pro tip: if you want to earn some extra brownie points with your ranger, having a signed copy of the permit along with your ID generally tells the ranger you’ve read and understood the rules and regulations for groups boating on our National Parks’ rivers. 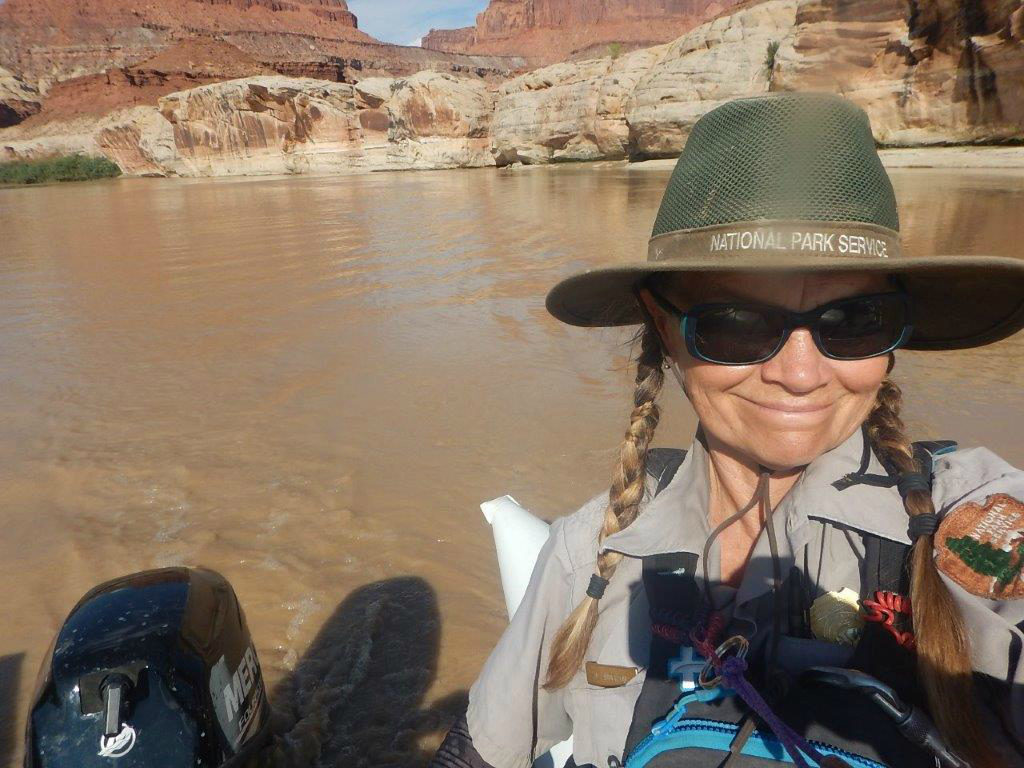 2. Ditch the kitty litter and have all the required (and approved) river equipment organized and ready for inspection. Keep in mind that the requirements for fire pan, toilet system, spare equipment, repair kit, pump, first aid kit, etc. are somewhat different for different regions, so do your homework and read the particular rules and regulations for your river before showing up at the put-in ramp. Don’t be that permit holder who makes their river friends mad because the unhappy river ranger doesn’t allow them access.

In this past season, one of the biggest, and most common mistakes I saw were parties not having an approved toilet system. If the area you’re visiting allows a “bag system” for human waste, make sure yours is one of the officially approved systems, and no, a gallon bag of kitty litter is not an approved human waste disposal system! I was a surprised and not a happy river ranger when I had to ask several different groups, “how are you going to dispose of this bag of kitty litter and human waste?” And yes, I did deny access to the river because groups didn’t have an approved human waste disposal system. 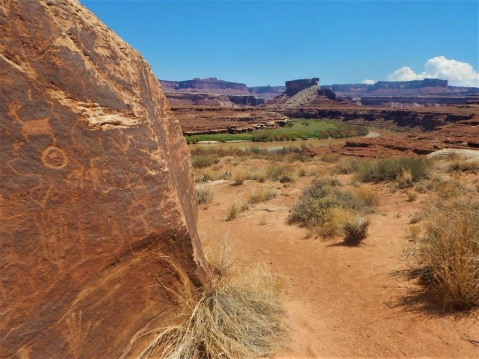 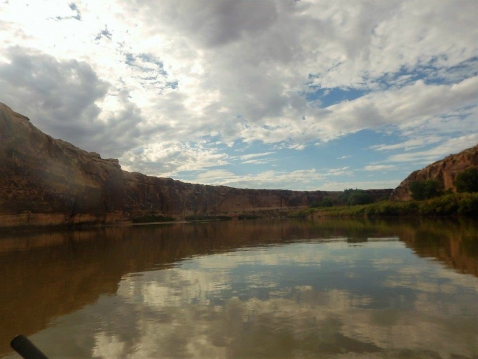 3. Leave No Trace means leave no fire ring, leave no unburnable-rubbish-you-thought-would-burn and if you made it through the ramp check-in with your Ziplock “wag bags,” don’t leave those either. Riverside campsite checks are one of the joys (and sorrows) of being a river ranger. Few things make your river ranger happier than arriving at your campsite and questioning whether you had a campfire or not. On the other hand, it really ticks us off to find a ring of blackened rocks containing ash and charcoal where a fire was built directly on the ground. These destructive fire pits are unsightly and leave a mess of charred rocks, ash, blackened soil, and charcoal bits. Many rivers require you to carry a firepan and in some cases, a fire blanket. Even if it’s not required, it makes cleaning up last night’s remnants so much easier.

It’s also a sad day for the Ranger who has to clean up after that wild river party. You know, the one where a giant fire was built and then some sort of oil was poured on the fire to make it bigger or sparkle or something else that seemed like a good idea at the time. Yeah, I’ve been that ranger scooping up your gooey, oily party leftovers. And while you’re out there enjoying our wilderness areas, remember to properly dispose of your trash and unwanted items.

I’m still pondering the day we hauled a mini refrigerator out from the middle of an isolated river canyon. I won’t sugarcoat this—what idiot thought that not only was a ‘fridge a necessary piece of river gear, but it was so essential in fact, they wanted to donate it to the park for the next group of cooler-less rafters? And then there were the times (yes, plural) we grumpily picked up those small ziplock bags of human poop left tucked into rocks. While we were glad that we found them pre-bagged and before another unsuspecting river party did (or before some wild animal smeared it all over the campsite), we were not smiling. 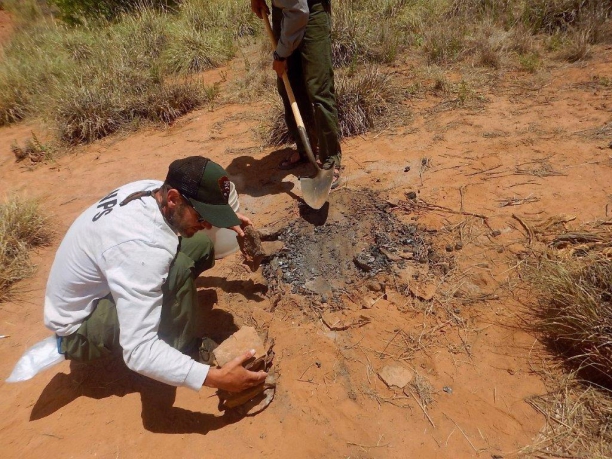 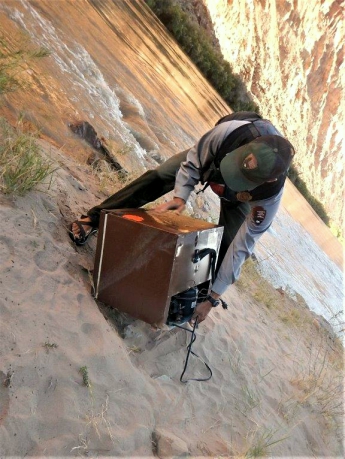 4. If you see little trees enclosed in fencing with a sign that says “Please water me,” you aren’t being entrapped we really want you to water the trees. One of the duties I had last year besides ramp checks, river patrol, and campsite checks/clean-ups was vegetation restoration. I spent many hours in the searing 100+ degree heat digging into the hard packed dirt with posthole diggers and shovels and, eventually, planting a baby cottonwood tree. The next step to ensure these saplings survived was carrying buckets of water from the river up to the benches to nourish them. During the summer river patrols, the river levels dropped farther and farther from the high bench where we had planted these cottonwoods; we still needed to carry buckets full of water up to these trees in order to help them survive. The few times I saw a rafting group watering those trees I was so happy I nearly ran up to them to offer a grateful handshake. 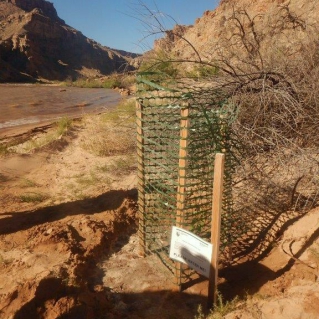 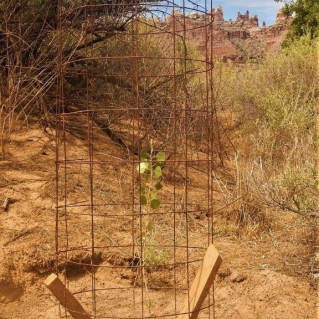 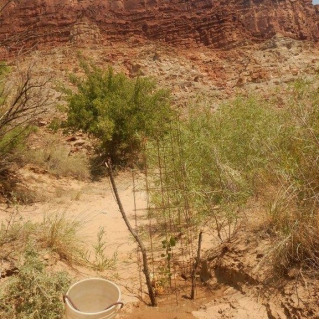 5. The golden rule applies to River Rangers too: Treat us how you would like to be treated. If you follow the rules and are courteous and respectful in your interactions with the rangers, they’re likely to extend the same courtesy and respect to you in return. Remember, rangers are there to protect the often overused public lands and enforce common-sense regulations to ensure these areas remain accessible and enjoyable for future generations. We aren’t there to inconvenience you or get in the way of your enjoyable outing. At the end of the day, we’re just doing our job so when you return, you’ll still be greeted with that same pristine wilderness you were so fond of the first time you visited our river five, ten, fifteen years ago. 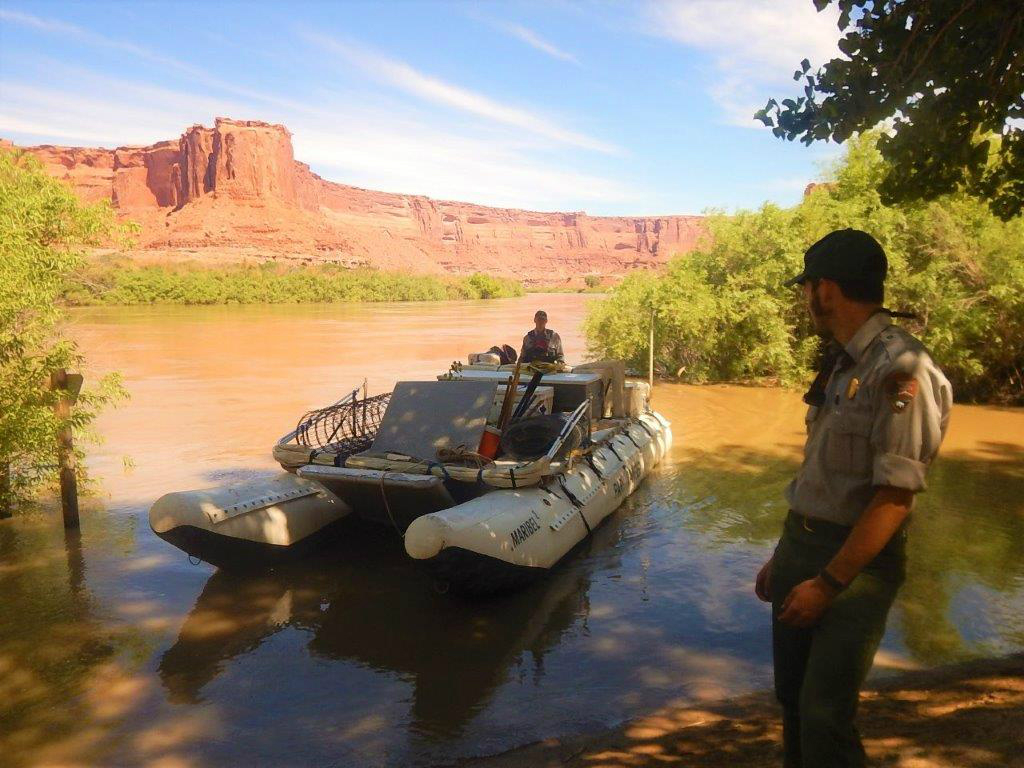 I truly enjoyed the shift from river guide to river ranger last year, even with the carelessness I witnessed from self-proclaimed river people. But for every one ungrateful party, there were many, many more who loved and respected our lands and waters as much as the rangers.