Flow (n) – the mental state of operation in which a person performing an activity is fully immersed in a feeling of energized focus, full involvement, and enjoyment in the process of the activity.

In recreation management, the feeling of “flow” is achieved when a user is paired with the perfect challenge to match their skill range. When in flow, the user reaches peak enjoyment and peak performance simultaneously. A less demanding experience would leave the user bored; and although they could accomplish something more challenging, it would create anxiety and their experience would suffer. 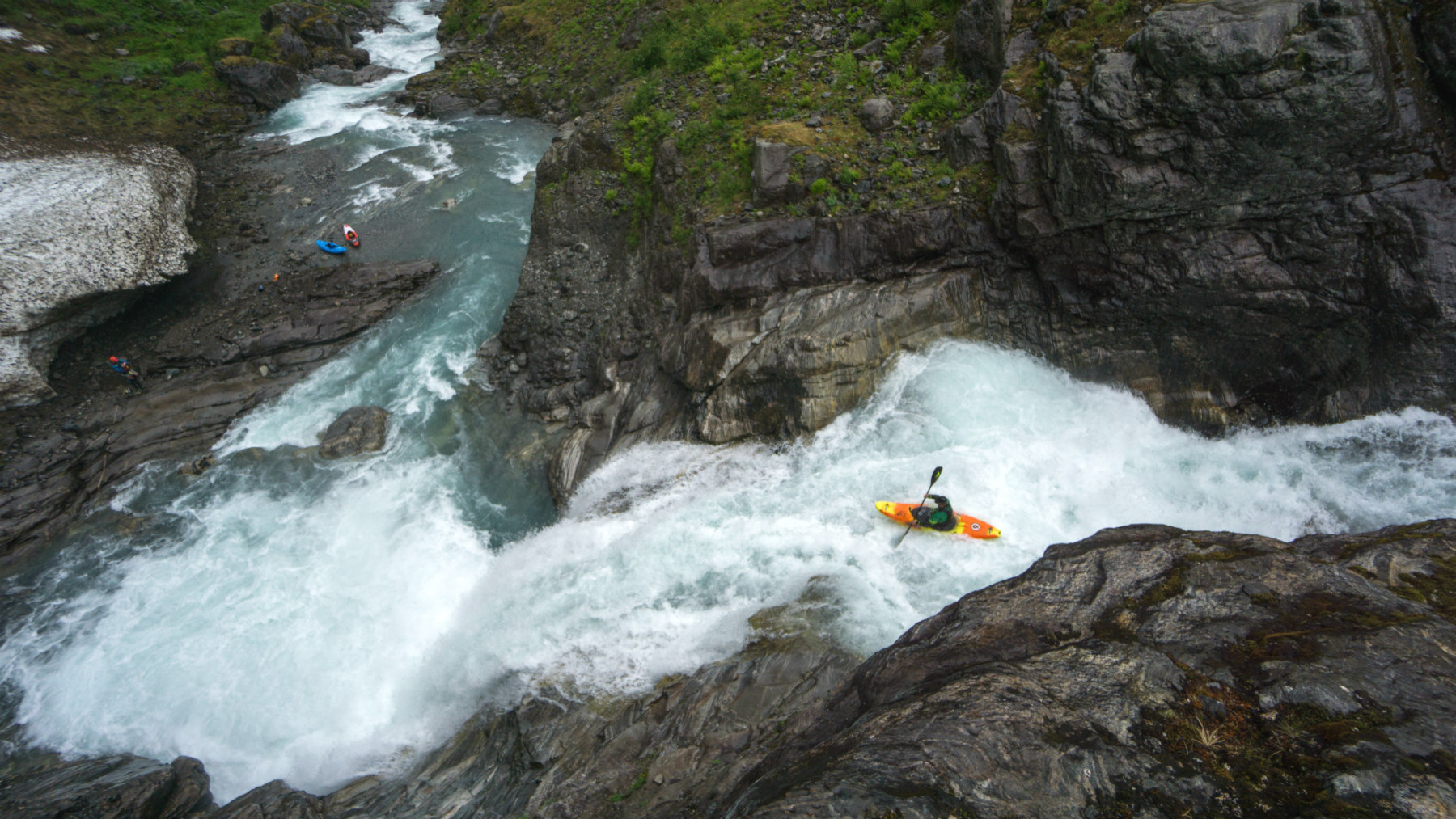 As a user progresses from a beginner to an expert they can always experience flow. The challenge required to reach flow simply increases in difficulty as skills progress toward mastery. Most paddlers find themselves becoming bored on previously daunting beginner runs and move on to harder rivers to find the same level of enjoyment. After an injury or crash which has eroded a paddler’s confidence, they may go to an easier run to rebuild their confidence before returning to enjoying more challenging rivers.

There seem to be two types of whitewater paddlers: those who paddle for fun regardless of the sex appeal, and those who are driven to conquer ever bigger moves. Regardless of aspirations, it’s important to understand the key to enjoyment is an appropriate challenge. If progression is the goal, paddling regularly with a focus on growth will lead to more demanding challenges. There’s no replacement for well-spent time in the seat and it isn’t necessary to constantly push yourself to the edge. Allowing yourself to grow at your own pace and putting in the time will inevitably result in progression. However, doing the same things time and again will cause stagnation and decrease enjoyment. 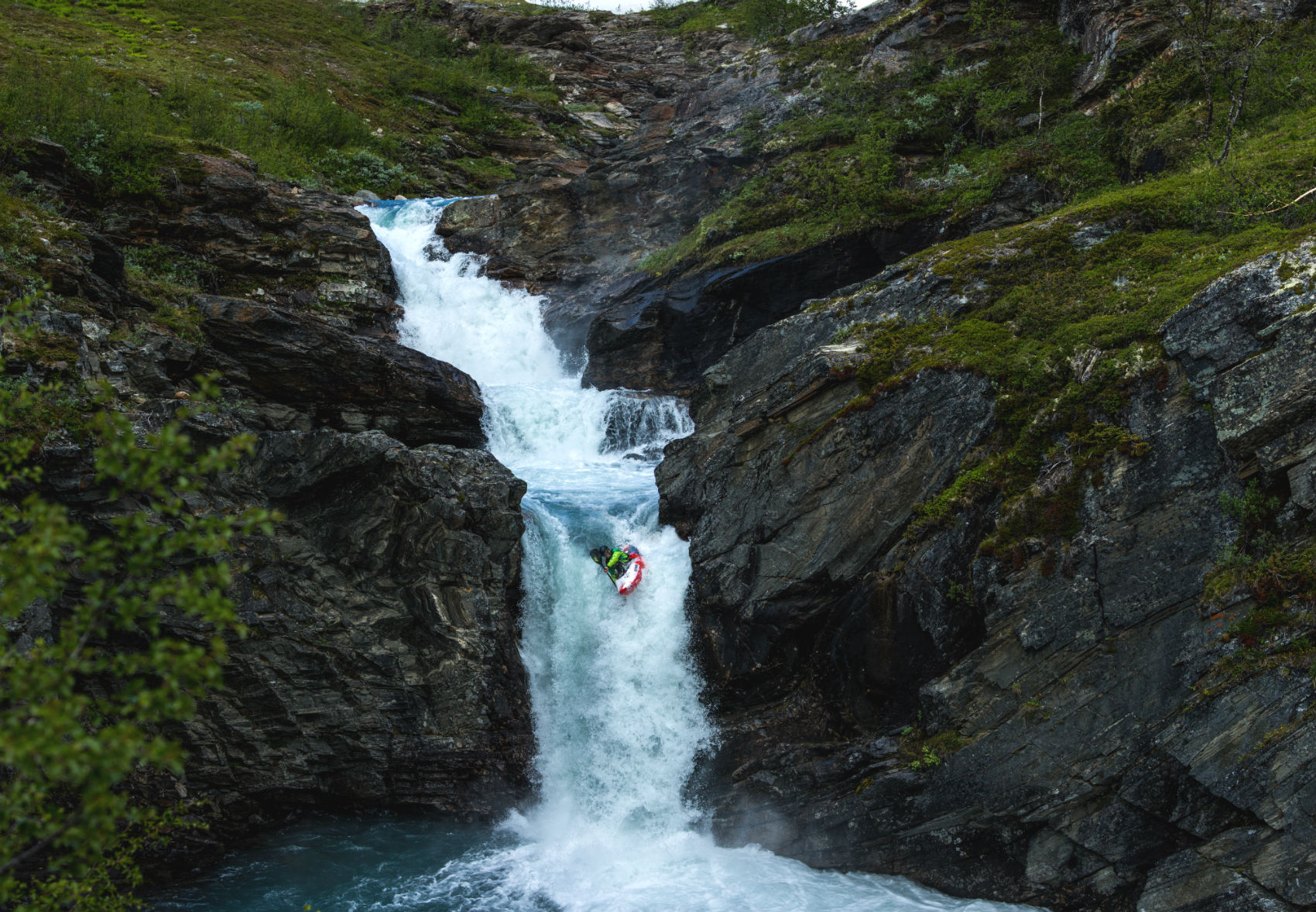 In freestyle, chasing the feeling of flow and the subsequent progression of skill is organic. Once a paddler has learned one trick they want to learn another, go bigger, ride better features, and so on. If the consequences are the same, then there’s no reason to fear failure so going bigger can only lead to more fun. When river running, each rapid’s hazards are unique, so with increasing difficulty comes increased exposure and risk. Although each person has a set tolerance for acceptable risk, being increasingly capable expands the comfort zone. It’s important therefore to remember that while languishing and becoming apathetic without a challenge, riding the upper half of the comfort zone will lead to peak personal growth, and maximize enjoyment.

It’s common to be petrified scouting a waterfall while your ego is whispering in your ear like a tiny cartoon devil urging you to do something that every fiber of your being is rejecting. Many advanced paddlers have a competitive drive, which compels them to pursue increasingly daring lines. As thrill seekers, whitewater paddlers are in a constant search for situations that require total focus and push their skills to the razor’s edge between glory and consequence. Clearly, the key to preventing injuries is correctly determining the outcome before taking the first stroke, but making the decision can be torturous. 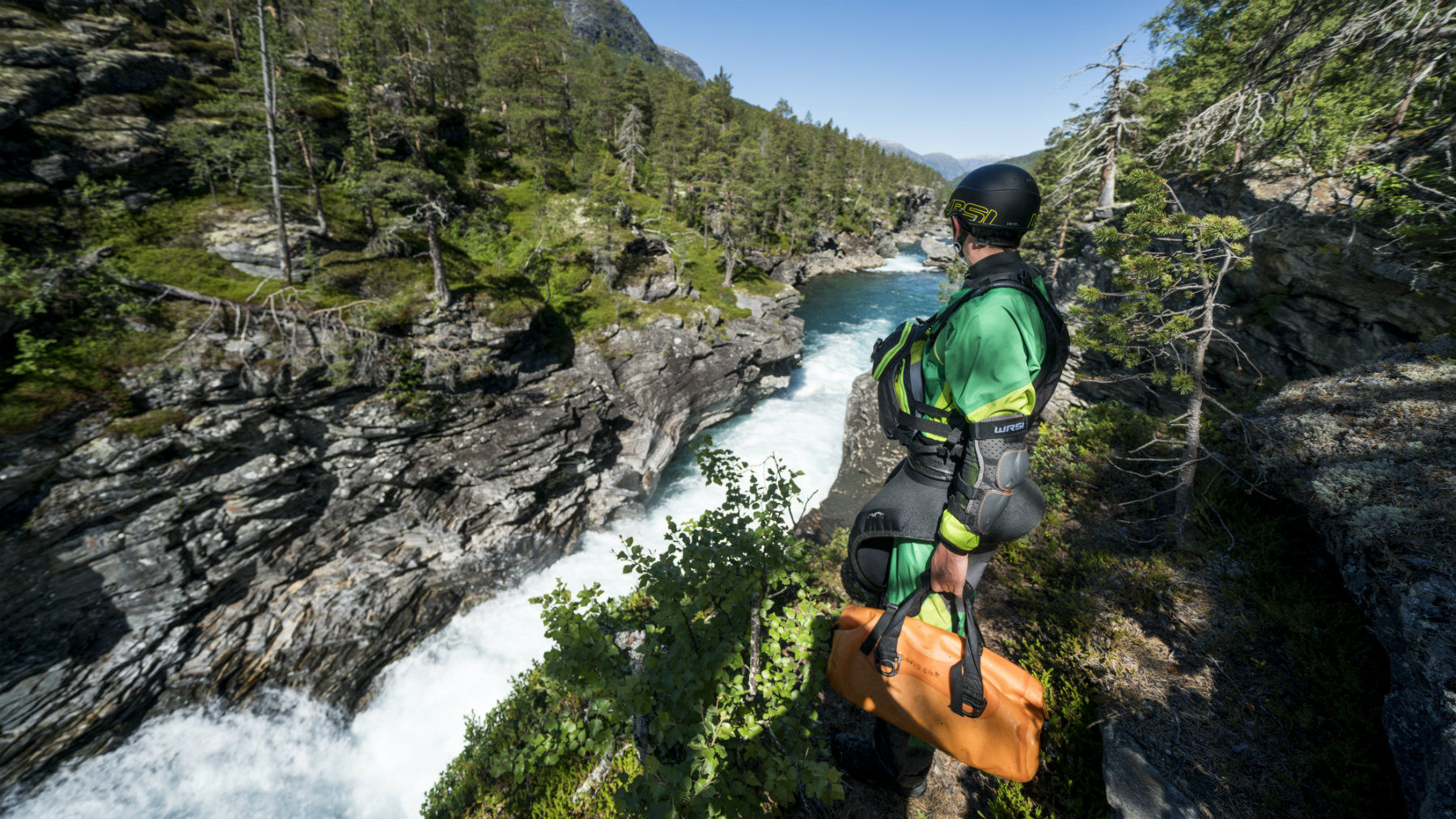 Responsibly putting oneself into a potentially dangerous situation requires more than simply quelling fear. Anyone can make the simple, reckless choice to abandon reason and hope for the best. Rather, it’s important to return to the basics: read the rapid, find familiar features, determine the crucial moves and hazards, judge the speed at which all these moves will happen, and then do some soul searching. When paddling well within one’s limits this process only takes a few moments before moving on. However, when considering a line outside, or on the upper end, of one’s comfort zone, it’s important to think rationally and identify exactly what is so disconcerting. If the hazards could be mitigated would the rapid be achievable?

There’s a familiar gut check when a line is difficult yet tenable, but the risks aren’t easily managed. At this point of crisis it’s easiest to walk away, but the opportunity cost of missing the experience is often overwhelming. Hours of practice, driving, and logistics have gone into this moment, and it’s always difficult to abandon your mission. Ask any seasoned paddler and they will have stories about this predicament when they chose wisely and when they allowed outside factors to influence their decisions. It’s often easy for an outsider to pick out the sure signs that they were capable of success or destined for failure, but each paddler has his or her own way of choosing. What’s most important is being able to recognize whether the motivation to run a rapid and risk personal injury is coming from a place of personal growth and enjoyment, or pride. Whether the choice to walk away is based on reasoned analysis or unbridled fear. 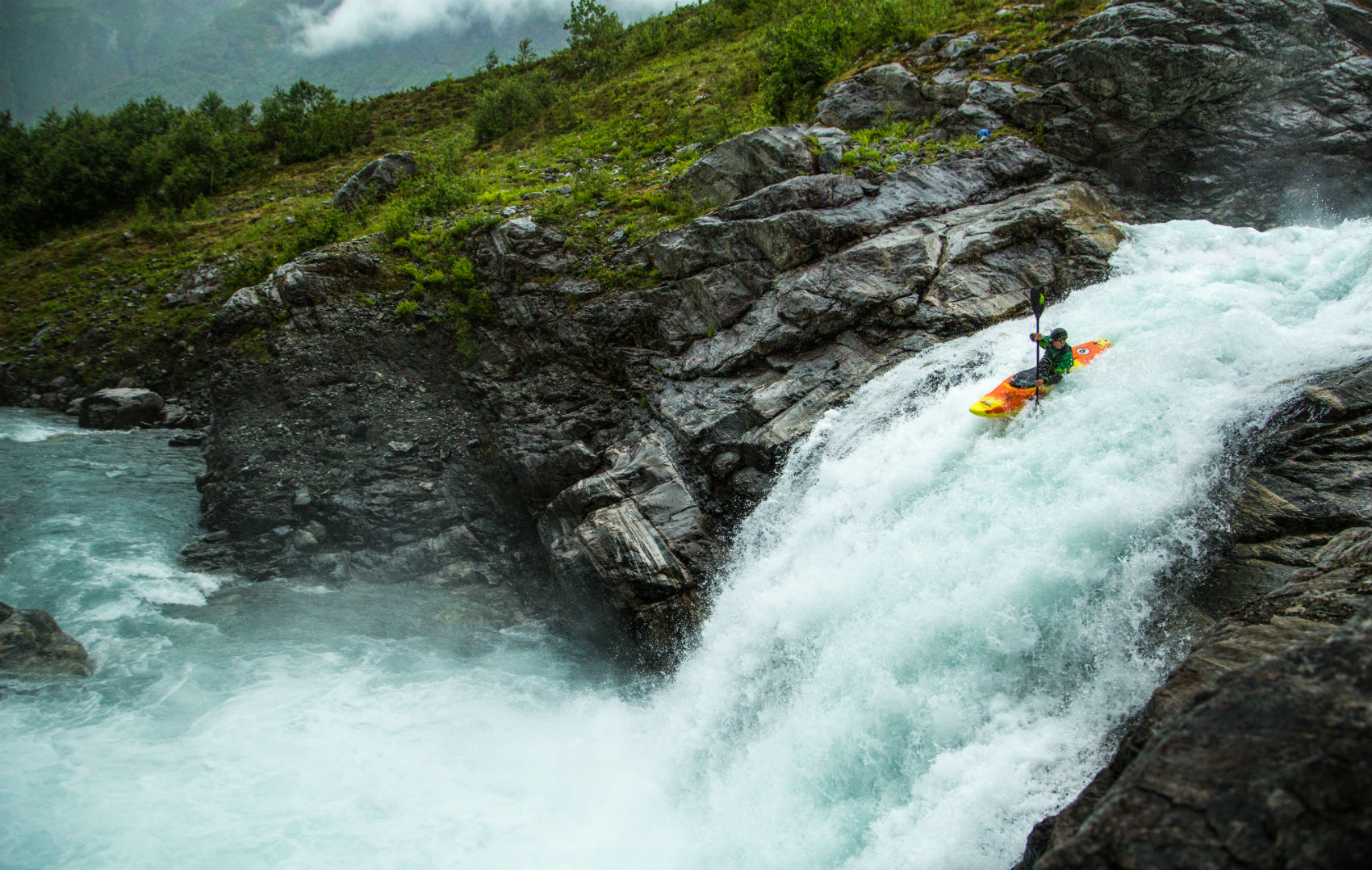 Dropping into a big line, which is going to challenge every fiber of one’s being, is the definition of courage. One of the most common questions posed by intermediate paddlers in private moments is how to conquer fear and unleash their potential. Festival-goers are all too familiar with the wide-eyed look of terror which precedes a wobbly meander to an epic beatdown. Mistakes happen, but running a rapid without being mentally prepared is completely avoidable.

Mental training and consistency are integral to personal style and achieving the goal of continuous improvements discussed in this series. Being aware of how to pick apart features, choosing correct strokes, and an unerring focus on threading the needle are the only tools needed to run any whitewater. As such, it’s important to realize that overcoming challenges is merely an extension or stress test of this process. If the right choice was made then it’s merely a matter of execution. 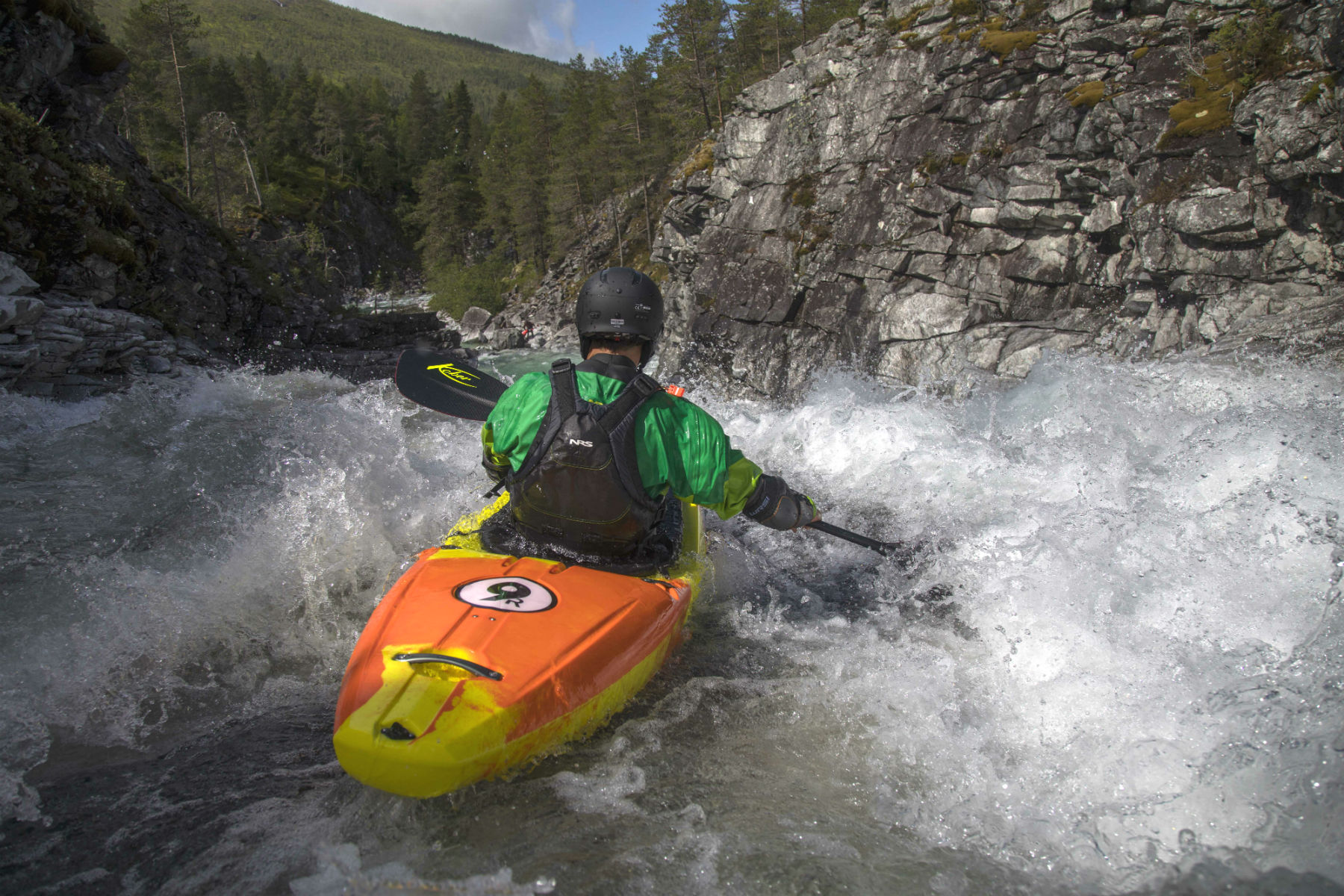 Take a moment while putting on your skirt to push out all thought, and focus on putting yourself to task. Suppress doubt and channel nervous energy into focusing on what’s happening this moment and trying to predict what will happen in the next. There’s a clearly defined job that needs to be done precisely, and for the next few minutes, nothing else can enter the sphere of consciousness. It’s time to go to work. Once in the flow the only way out is through, so make it work and stick to the plan.

Editor’s Note: All photos courtesy of Gradient and Water.