At the beginning of August, the 5,000 Miles of Wild campaign had a huge win. The first 20 river miles, of a 5,000-mile commitment, were designated wild and scenic. Montana’s East Rosebud Creek marks the first victory in our years-long effort to protect our rivers. Obviously, we jumped on the East Rosebud for an immediate Wild and Scenic Wednesday feature. The rest of the rivers featured in August were chosen by NRS employees and friends of the brand. 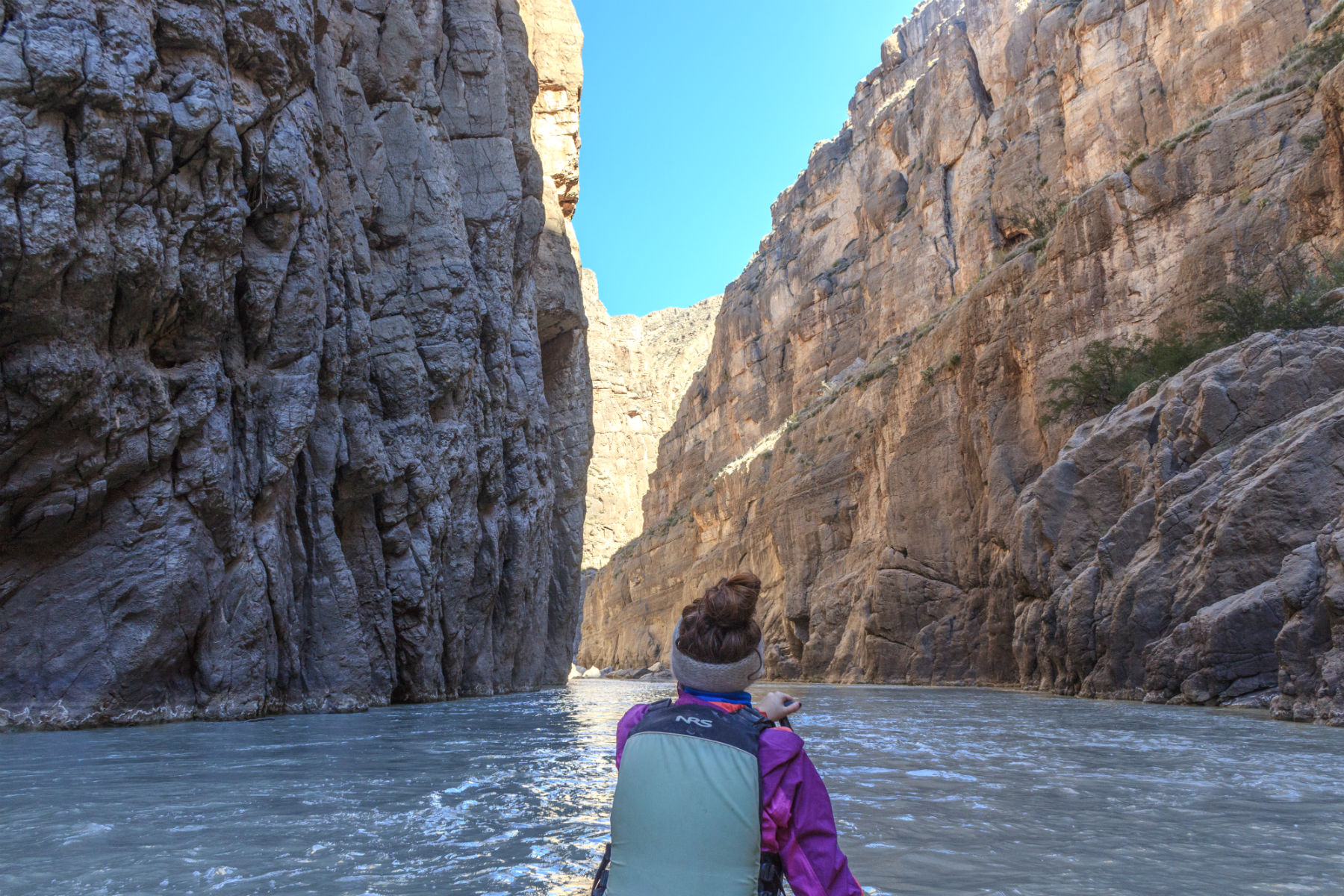 1. The Rio Grande is almost 2,000 miles long, starting in Colorado and emptying into the Gulf of Mexico as it forms a natural border between Texas and Mexico.

2. Big Bend National Park encompasses almost half of the scenic river and is named after the 90-degree bend the Rio Grande takes within the park.

3. The Rio Grande’s largest river flow recorded was during a flood in 1904 of 162,094 cfs. However, the river is no longer a naturally flowing river and will go dry reaching 0 cfs.

5. While the United States calls the river the Rio Grande, Mexico calls it Rio Bravo.

Rio Grande facts & photos courtesy of Alex Perronne a former trip leader at the University of Wisconsin- La Crosse outdoor program. He once co-lead a trip down the Rio Grande, which was pretty amazing to see a river that offered a beautiful contrast between desert and mountains. He wanted to float it while he had the chance as it’s expected to dry up at the current flow rate. 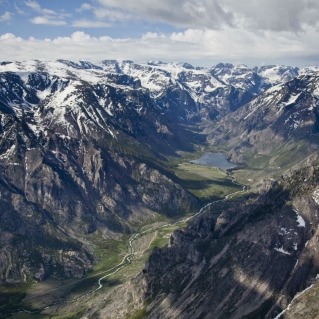 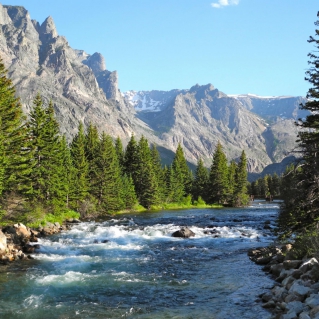 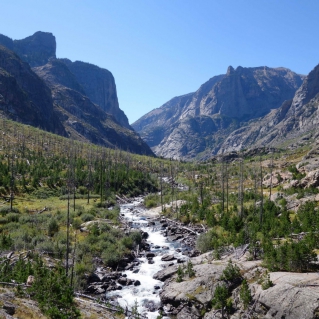 2. Located within the Custer Gallatin National Forest, East Rosebud Creek is part of the Yellowstone River watershed and known for its spectacular scenery, trout-fishing and other recreational opportunities.

3. East Rosebud Creek tumbles from the Beartooth Plateau near Granite Peak, (Montana’s highest at 12,807 feet) and flows into the Stillwater River.

4. Although the creek is a popular destination for trout anglers and skilled whitewater paddlers, hikers can experience the area via a 25-mile backcountry hiking trail. “The Beaten Path” traverses storybook alpine scenery between dramatic canyon walls interlaced with waterfalls and more than a dozen glacial lakes.

5. Even though it’s classified as a creek, the east fork carries plenty of water, especially during spring runoff from the Absaroka-Beartooth Wilderness mountain range, which receives over 30 feet of snow most years and is known for its permanent snowfields and glaciers. 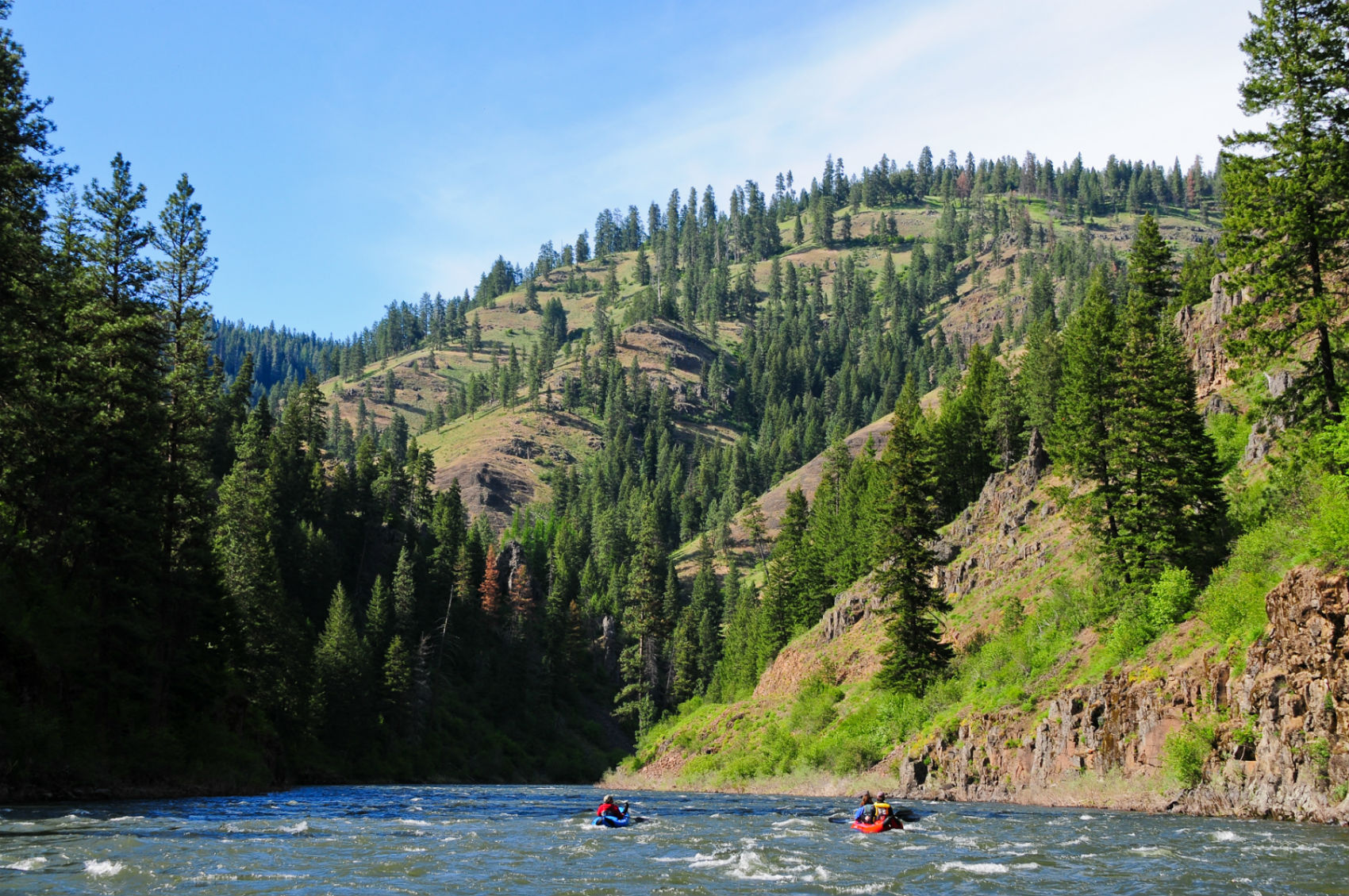 1. The Grande Ronde starts in the Blue Mountains of Oregon and winds its way 182 miles to the Snake River. Much of the river flows through roadless, steep basalt canyons and thick coniferous forests.

3. Around 1821, French Canadian fur traders working for the Montreal-based North West Company named the Grande Ronde. It translates as “great round” in French. Later, portions of the Grande Ronde became a popular section of the Oregon Trail.

4. The river is a popular fishing destination for chinook, steelhead, and rainbow trout. In late spring, the Wild & Scenic section makes for a great multi-day, family-friendly float.

Grande Ronde River facts & photos courtesy of NRS Buyer, Jenni Chaffin. Years ago, she was invited to take photos for a swiftwater training class on the Grande Ronde. She had never seen the river before and was truly blown away by the scenery, river, wildlife and overall wilderness experience that was so close to home. 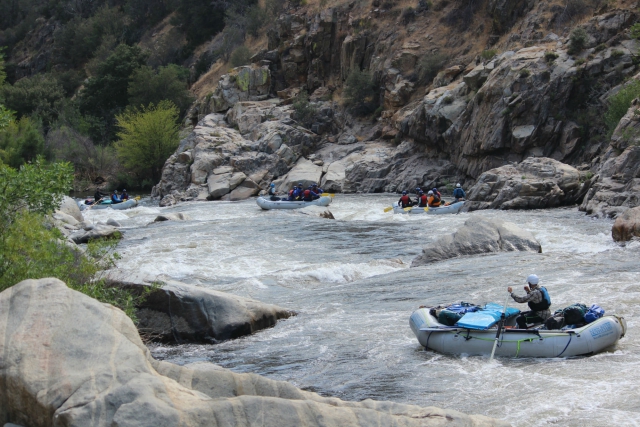 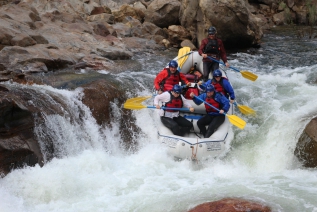 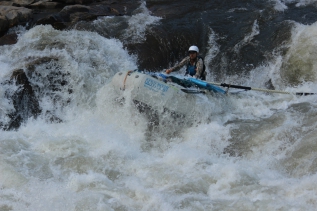 1. The North Fork Kern’s continuously steep gradient of 30 feet per mile, makes it one of the burliest whitewater rivers in North America. Recommended for expert paddlers, the Forks Run delivers non-stop Class IV and V rapids and waterfalls.

2. Kernbuts and kerncols, oh my! Miles above the put-in for the renowned Forks of the Kern, a unique geologic feature can be found along the Kern corridor. Granite buttresses along the west wall of the Kern Canyon force the river up against the east wall. These buttresses run parallel to the river and were first identified by geologist Andrew C. Lawson in 1904. He coined the term, “kernbuts” and “kerncols.”

3. The Wild & Scenic portion of the Kern River flows directly south along an active fault line: the Kern Canyon fault.

5. The California state fish, the Golden Trout, is found predominantly in the Wild & Scenic sections of the Kern and its tributaries.

1. The Illinois River is a tributary of the Rogue River and flows from the northern end of the Kalmiopsis Wilderness draining the North and South Kalmiopsis Roadless Areas.

2. Rich in rare flora, fauna and geology, the Illinois is home to the Darlingtonia Californica and other endangered plants, it’s one of only two systems in Oregon with genetically unmodified salmon, steelhead, and cutthroat trout populations and the ultramafic rock rising above the river, which was pushed up nearly 50 miles from the Earth’s mantle, is found almost nowhere else in the world.

3. Famous for its vivid blue-green color, the serpentine soils and rocks are to blame for dying the water so gorgeously—and for offering a habitat for unusual plant species.

4. The portion of the Illinois that is designated wild is said to be the most remote, inaccessible river segment in the Lower 48. It flows through a steep canyon for 29 miles and features 150 rapids, 11 of which are designated Class IV with one Class V.

5. Due to the ruggedness of the canyon, the 28-mile Illinois River Trail, never actually reaches the riverbank but offers a unique recreation opportunity as it passes through a wilderness which has been remarkably unmarred by humans. Although this trail never sees the water, a short 2.5-mile side hike will take you to Buzzards Roost for an incredible view of the remote wilderness and Illinois Wild and Scenic River canyon.