Chakachatna or Chakachamna: Eight Fun Facts About this Alaskan Classic

It was early July 2018 and I had freshly arrived in Alaska with my friend Brendan Wells. We were planning a summer of adventures in the land of the midnight sun and felt a bit overwhelmed with all of our ideas. Mid-conversation, I received a phone call from our good buddy, a local Alaskan bush pilot and kayaker, Jay Mahan, who eagerly told us that he would have the next few days off and wanted to go paddle his “local” run, the Chakachamna.

We had heard the legends of this big water classic from the likes of Rob Lesser, Jerry Jacques, and Jay himself. These folks are among a group of maybe 10 paddlers who have done this run, with Jay being the only one to do it in the last two decades. So the mystery and potential for world-class whitewater lured us into this river from the moment we first heard about it.

With little to no information out there, it was difficult to figure out what this run was all about. After we had the opportunity to run the Chakachamna twice last summer and experiencing it at various flows, we learned some interesting facts about the history of this massive drainage. 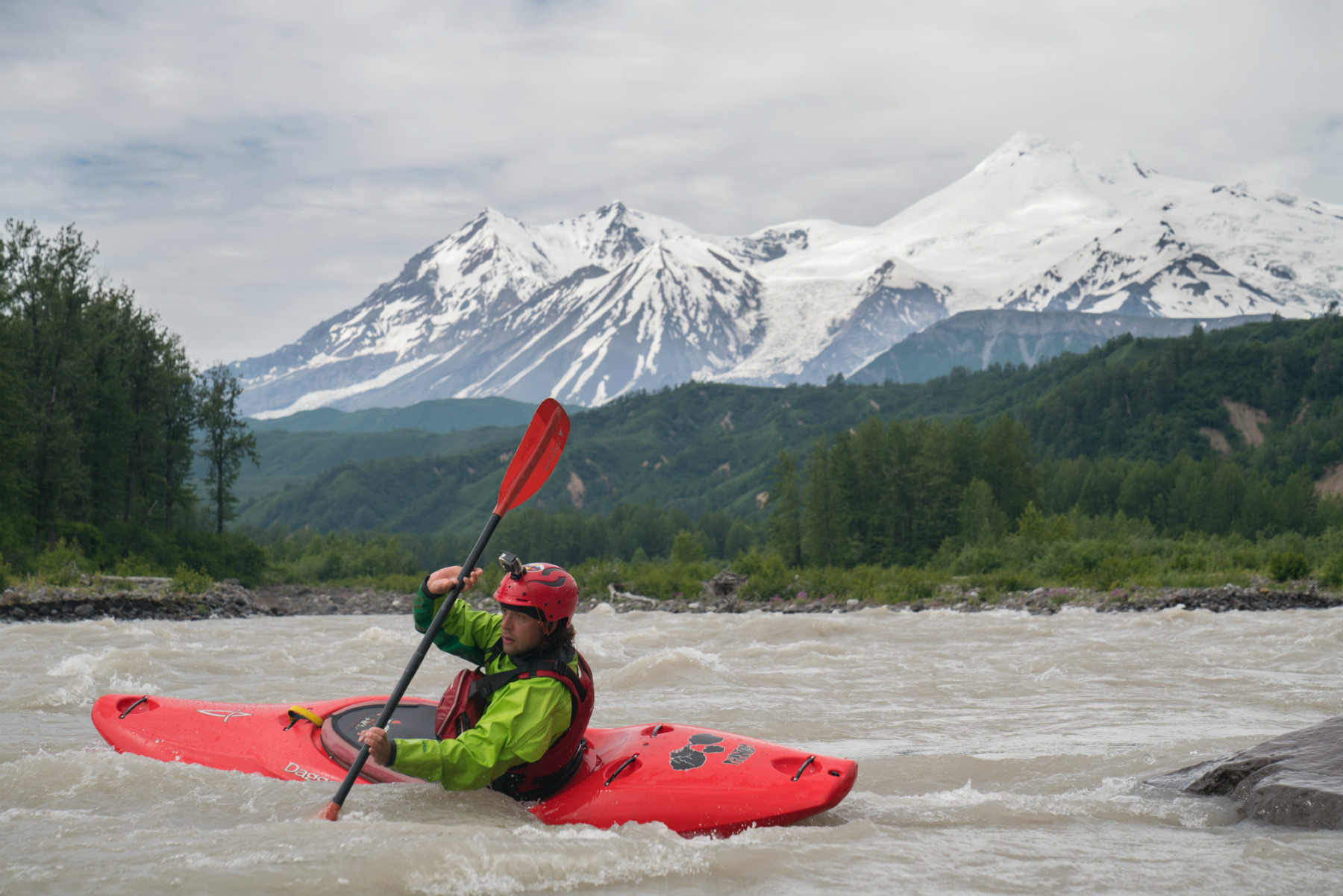 If the Chakachamna River was in the lower 48 states, it would be the most remote place in the country.
Let me clarify, after a little research, I had a hard time finding what location was credited as being the “most remote.” A lot of articles forgot Alaska was part of the U.S. or just failed to consider. The Chakachamna isn’t even the most remote spot in Alaska, but hear me out. The nearest human developments are a few remote villages and airstrips 30 miles away if you could fly.

However, to get to a road that could actually take you back to the major highway system and the mainland, one would need to travel 50 miles as the crow flies through remote Alaska and across the Cook Inlet to the city of Nikiski. Comparatively, the farthest you can get from a road in the lower 48 is 18.76 miles on the West Thorofare Plateau, Wyoming. During one of our trips on the Chakachamna, we kayaked 70 miles from the lake, downstream through braided channels and across the Cook Inlet.

A series of lahars, debris avalanches and volcanic eruptions over the last 10,000 years created the Chakachamna lake and river.
Mount Spur, an iconic Alaskan peak, which sits near the southern extension of the Alaska Range, towers high above the turquoise waters of the Chakachamna Lake. This active volcano has erupted for many millennia, however it has seen eruptions as recently as 1953 and 1992. With out this active torrent of lava the Chakachamna would not be the beast that it is today! 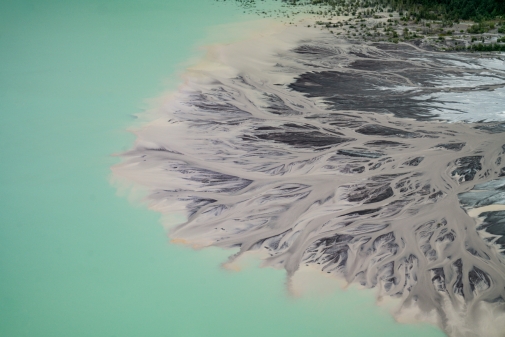 The mouth of a glacial stream feeding into the lake. 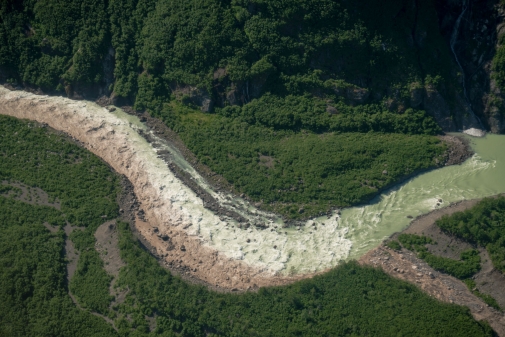 An aerial view of the Chakachamna. 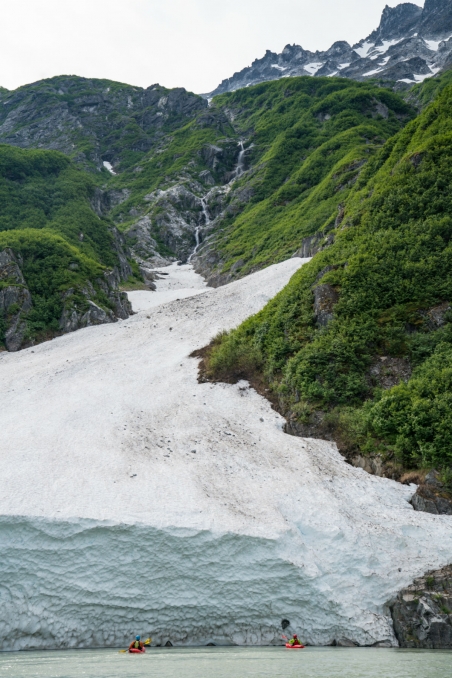 Jerry Jacques, Rob Lesser and Brit Gentry led the first complete descent of the river in 1995.
In addition to the first complete descent, Jerry also holds the second decent. He claims that they portaged most of the major rapids. Very little documentation of these descents exist. However, one piece of Alaskan whitewater literature, Fast and Cold, includes an early attempt account by Andrew Embick. He describes the river as, “Unrunnable for about five miles at all but the lowest flows, plus whatever amount of Class VI you care to try, along with easier sections lower down the river.” To be fair, Embick attempted the river at peak flow, which likely contributed to this unfortunate description.

In response, Jacques describes the Chakachamna as “a Class V river that’s on par with the Devil’s Canyon run and is one of the most extremely challenging rivers in Alaska.” Jacques believes that Embick’s account has deterred paddlers from attempting the Chakachamna, when in reality, “this river should have become a classic river for world-class boaters long ago and perhaps it still will. The scenery is spectacular and the whitewater is, well, just take a look for yourself…” We discovered during our trip that it is, in fact, 100% runnable with zero mandatory portages. Even at higher flows, the Chakachamna delivered 10+ miles of clean big water fun!

This river is so wild and full of life you can catch salmon with your bare hands.
On our second trip down the Chaka, we were lucky to be on the river during the peak of the salmon spawning season. Thousands of salmon were creeping their way upstream to reach desired spawning grounds. At the biggest rapid, dozens of fish had veered from the flooded main channel of the river and picked their way up the smaller and shallower side channels. The side channels provided easier travel for the salmon—and also easy access for bears. After watching the bears snatch salmon after salmon from the river, we realized we could too! Sure enough, after a few minutes of trial and error, Brendan landed his first hand-caught salmon. This was a moment I will remember for the rest of my life. 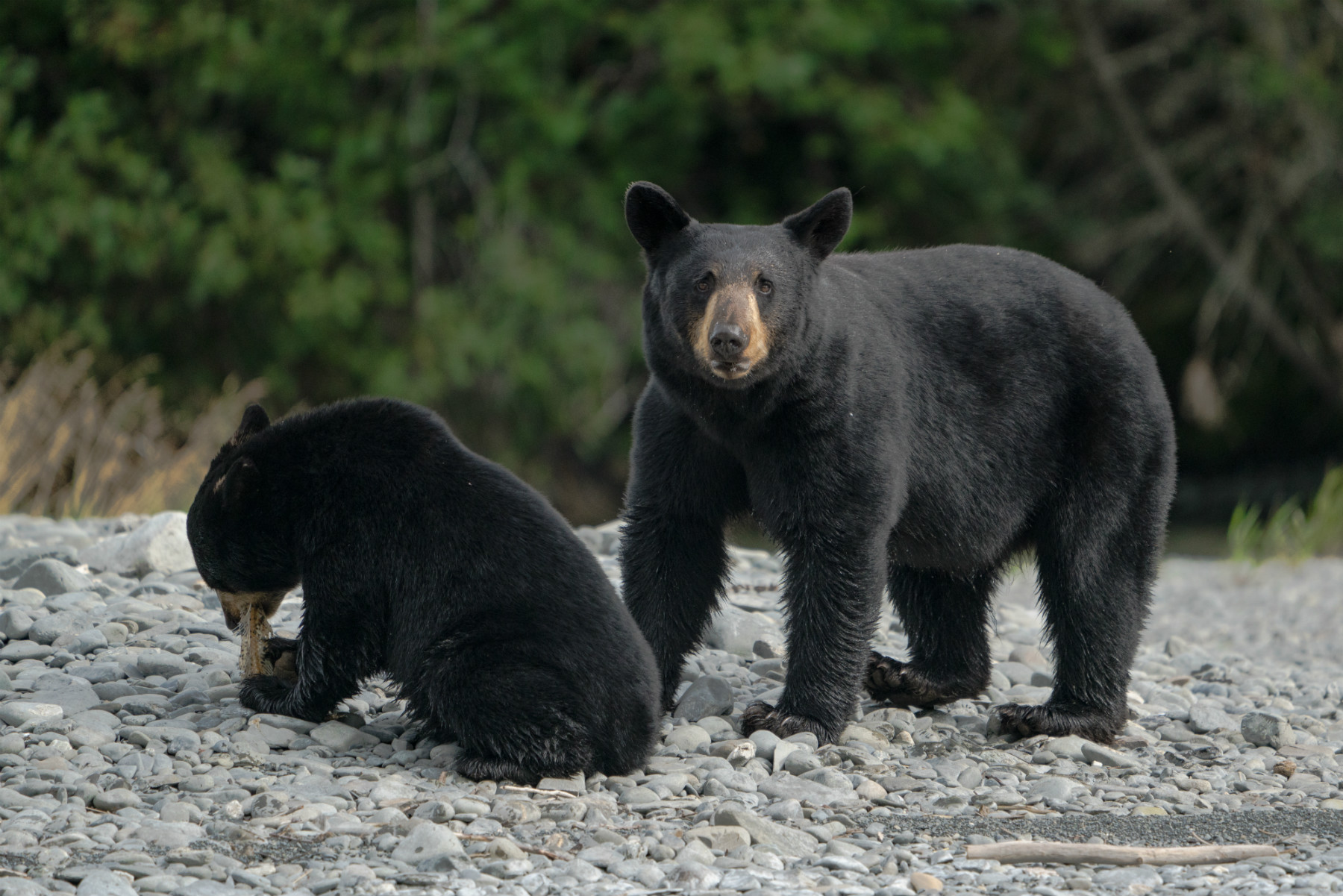 Since the 1980’s a few different groups have studied and made plans to dam the river.
The U.S. Bureau of Reclamation and TDX have done in-depth studies to construct a diversion tunnel that could produce large quantities of electricity. The dam could be profitable but would scar this pristine wilderness in the process and threaten the runs of all five species of Pacific Salmon that migrate up the river, into the lake and its tributaries to spawn and begin the first few years of their lives. Luckily, funding and permitting issues have held developers on the sidelines.

The lake at the headwaters is called the Chakachamna and the river is actually called the Chakachatna.
After various attempts to dam the river, which was planned to be built at the outlet of the lake, many Alaskans began to associate the river with the lake. Additionally, the twelve-mile lake serves as a corridor for Merrill Pass, a famous passage through the rugged Alaska range that bush pilots use regularly. A bit confused ourselves, we decided to call it by its popular Alaskan name, the Chakachamna. 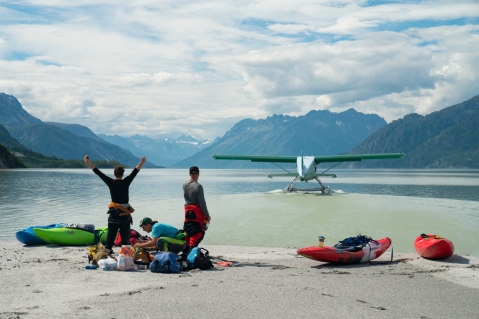 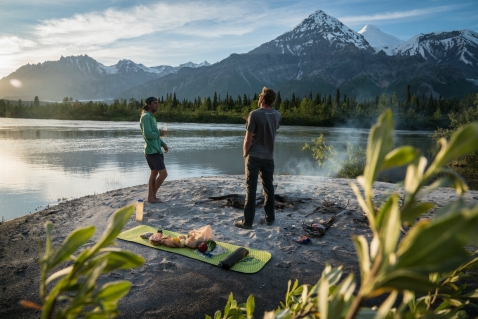 Camping on the banks of Lake Chakachamna with Mount Spur looming in the distance.

Getting back to your car can be tricky.
To make it back to your vehicle you have a few options, all of which can be a bit tricky or exhausting. The quickest and easiest option (weather permitting) is to fly from the take-out back to the Kenai Peninsula, Anchorage, or wherever you decided to fly out of. You can also (again, weather dependent) charter a boat to pick you up at the mouth of the river as it meets the Cook Inlet, which will take longer than a flight, but fairly easy as well.

Option C, the most taxing and labor-intensive, is to paddle from the river mouth across the Cook Inlet. It’s 12 miles—I know, sounds easy—but due to the extreme tidal exchanges, which can reach 40 feet at times, and the variable weather, this can be easier said than done. For some reason we decided to go for option C. We were blessed with good weather, but the tides turned our 12-mile crossing into a 24-mile crossing as we got sucked up the inlet during the flood tide and back down during the ebb tide. It kind of felt like a seven-hour ferry across a billion CFS river. It wasn’t the worst thing I’ve ever done, but I certainly wouldn’t do it again. However, I am glad that we did it. Sometimes suffering offers the best memories from a remote expedition.

This could be the best run in Alaska.
When paddlers think of Alaska, they often consider Devil’s Canyon of the Susitna River. However, Alaska-bound paddlers should begin to ponder some of the other classics that this state has to offer. Despite being 50 miles from the nearest city, it’s a quick (and with enough people flying in an Otter, relatively inexpensive) flight to the headwaters of the Chakachamna. This beautiful flight will take you past active volcanoes, over giant glaciers, and onto the turquoise waters of the Chakachamna lake. Straight from the lake, you’ll find 10 miles of continuous, world-class, big-water rapids.

This river definitely makes the list as one of my favorite rivers in the world. The combination of pristine wilderness, world-class, big water, and interesting history make this run an Alaskan classic!

Editor’s Note: Be sure to check out the second episode in the Flowstate series, The Chakachamna River: A New Alaskan Classic.