The Sixteenth Spot: Rowing Strangers Down the Grand

When I returned home from rowing through the Grand Canyon, friends and family asked me about the trip. I found it hard to talk about, or, even now, write about. There was just so much to say.

“How was your trip?” felt like an impossibly big question to answer. I might as well have been asked, “How was your childhood?”

The sixteen days beneath the rim felt like a lifetime in the best kind of way. There were so many rapids, hikes, waterfalls, animals, camps, a thousand vistas and glimpses of the canyon. So where to start? What to tell? 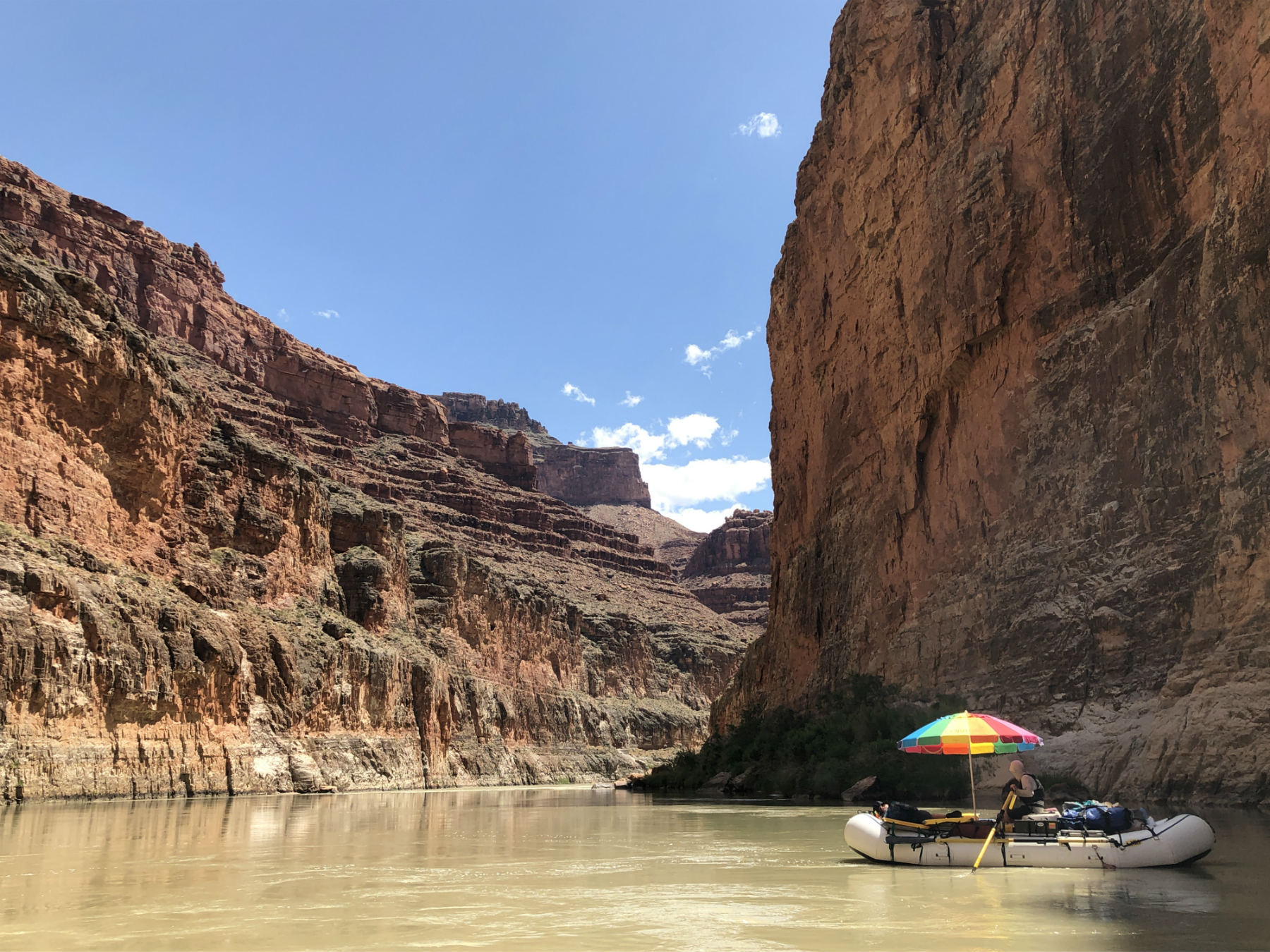 My wife made it a little easier for me when she said, “Tell me the one thing that surprised you the most about the Grand Canyon.”

Then I surprised myself by saying, “The people I floated with.” 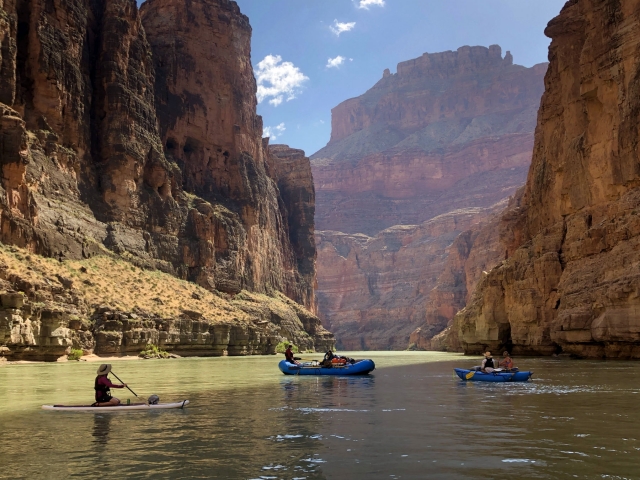 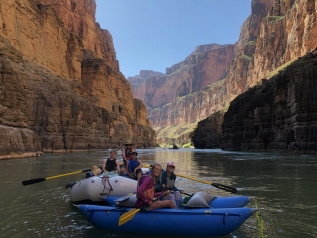 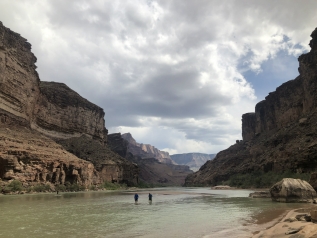 This spring, I answered a Facebook request for a rower on a private Grand Canyon trip launching from Lee’s Ferry on May 27. After a couple of emails and a phone call with Kim, the trip leader, she chose me as the 16th member of the trip. The rest of the trip participants were friends or acquaintances from Salida, Colorado, which put me in the weird position of a suspect, but somewhat necessary, third wheel (or fifth rower). 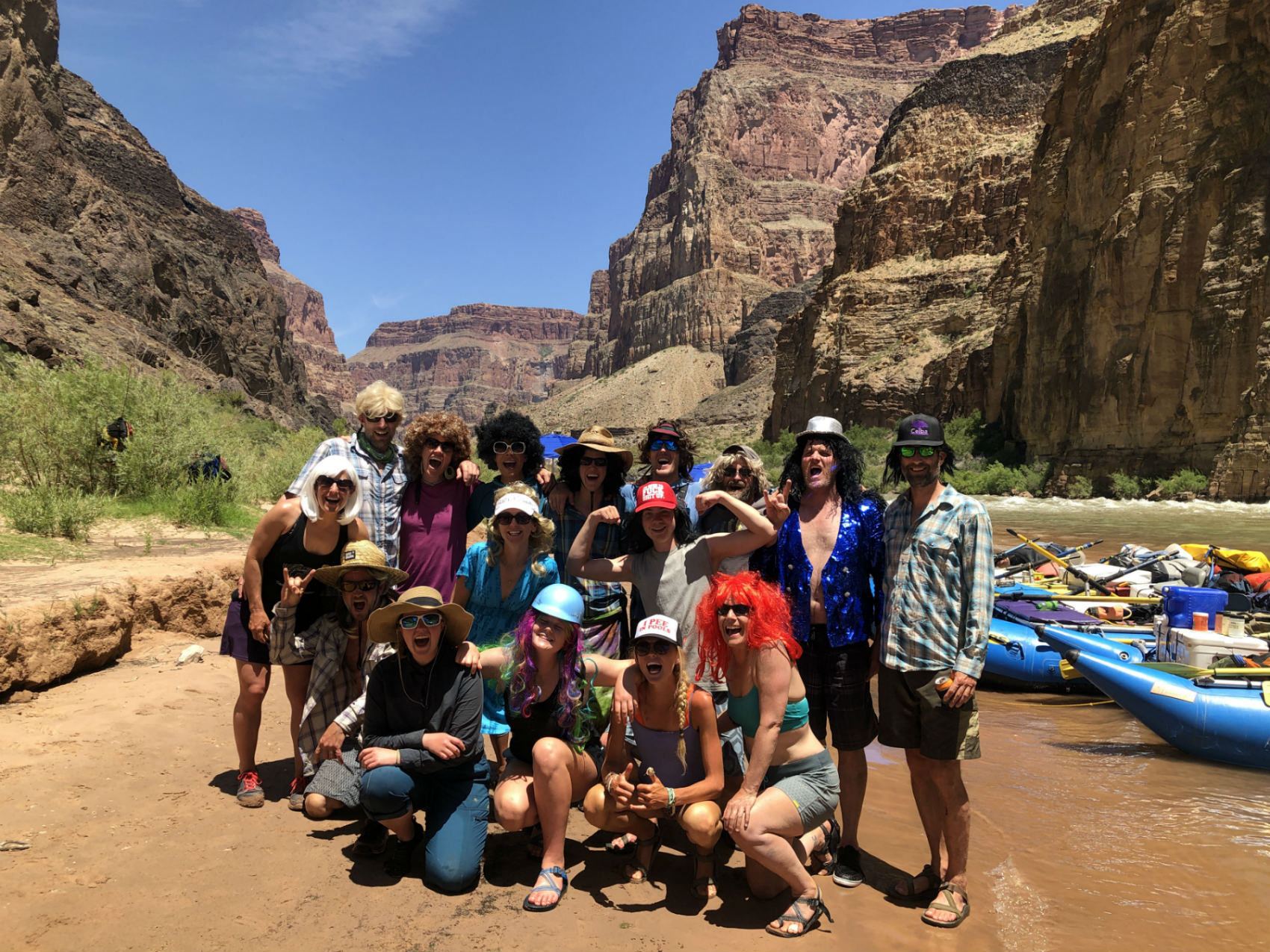 Part of the magic of the Grand Canyon is time. It works in a number of ways. First, there is the obvious presence of geologic time, the feeling that our whole lives could be lived between the canyon’s slow moments of change as a rock shifts in the river or falls from a cliff somewhere in the immensity of the canyon.

The ages of even the youngest sandstones boggle the mind, and the dark polished schist and granite of the Precambrian period defy human understanding. In Black Tail Canyon I put my hands on the rocks of the great unconformity, spanning between my right and left hand an unfathomable half of a billion years of missing geological history. Similarly, I had no shared history with these people but found myself close nonetheless in something of a human unconformity. 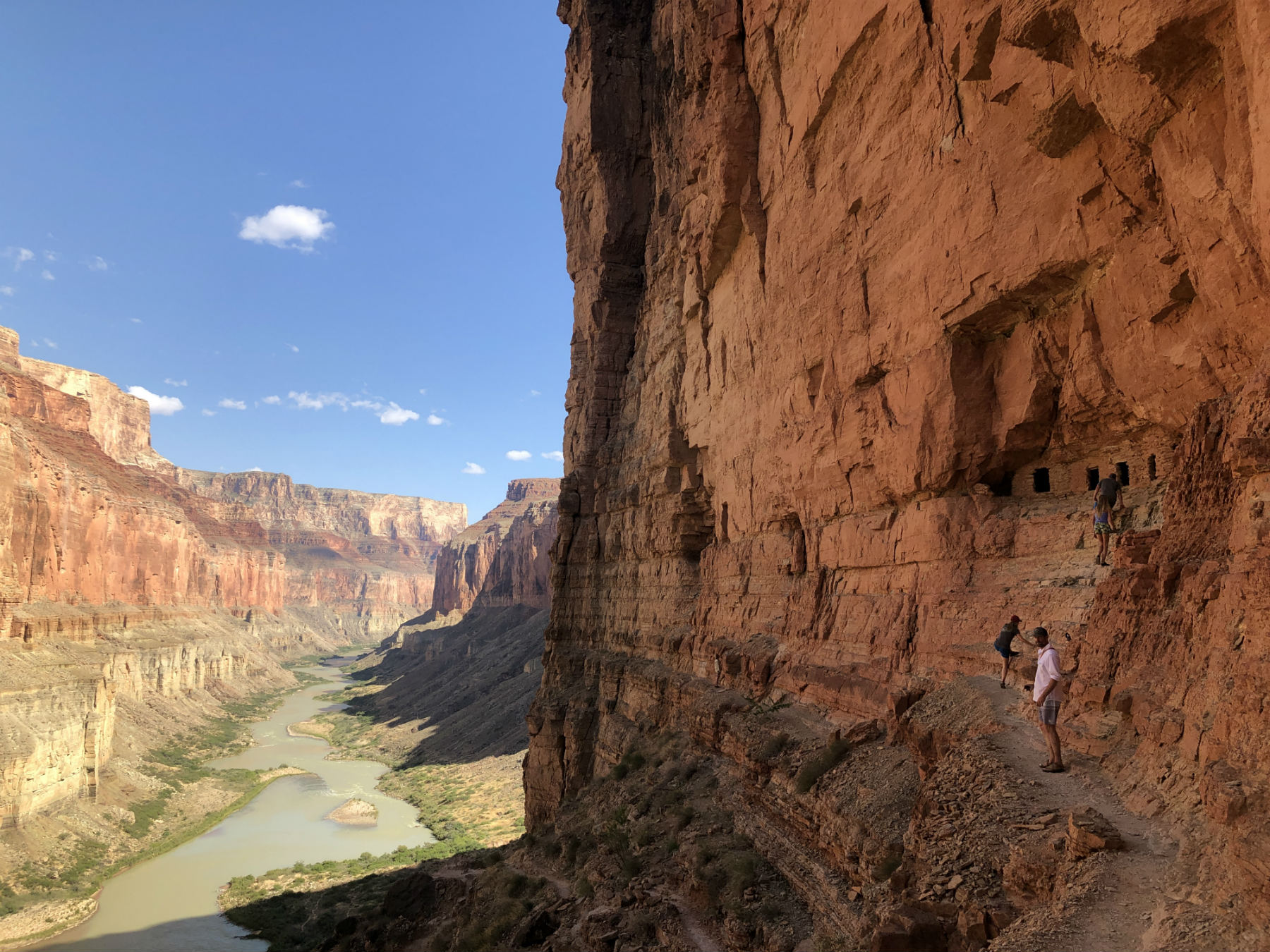 Time slowed us. The frantic trying-to-get-it-all-done craziness of launch-day gave way, slowly, to the easy feeling that we had all the time in the world. For the first few days we asked what time it was or made a game out of guessing.

But the preciseness of hours and especially minutes began to sound ridiculous as we floated through the canyon.

Later, there were only two times.

What time is it?
Day.

What time is it?
Dark. 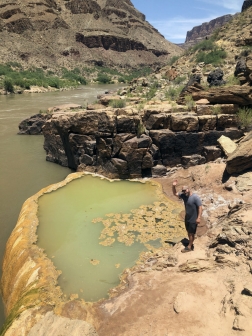 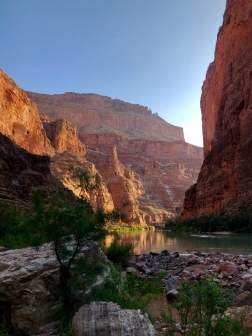 As with our lives above the rim we established routines that marked time, but these routines made sense, and they became something like sacred rituals in the service of each other and respect for the river. Each morning the cook crew would rise, make coffee, blow the most tragic goose call to wake the rest of the group. Camp gear would be broken down and brought before the boats. Then breakfast. We then moved gear to the rafts. Boat captains would strap gear down and rig to flip—a real possibility in the big water rapids of the canyon.

Camp struck, and boats ready, we would gather around in a circle on the beach. Someone would read a poem from a compilation of Grand Canyon poems. Someone would offer a “word of the day.” Finally, we would talk about the day’s itinerary—rapids to scout, hikes to take, and the next camp to make. In my life above the rim, I would’ve thought the poem and the word of the day were a little sentimental, but below the rim they came to seem as important as rigging the boat. 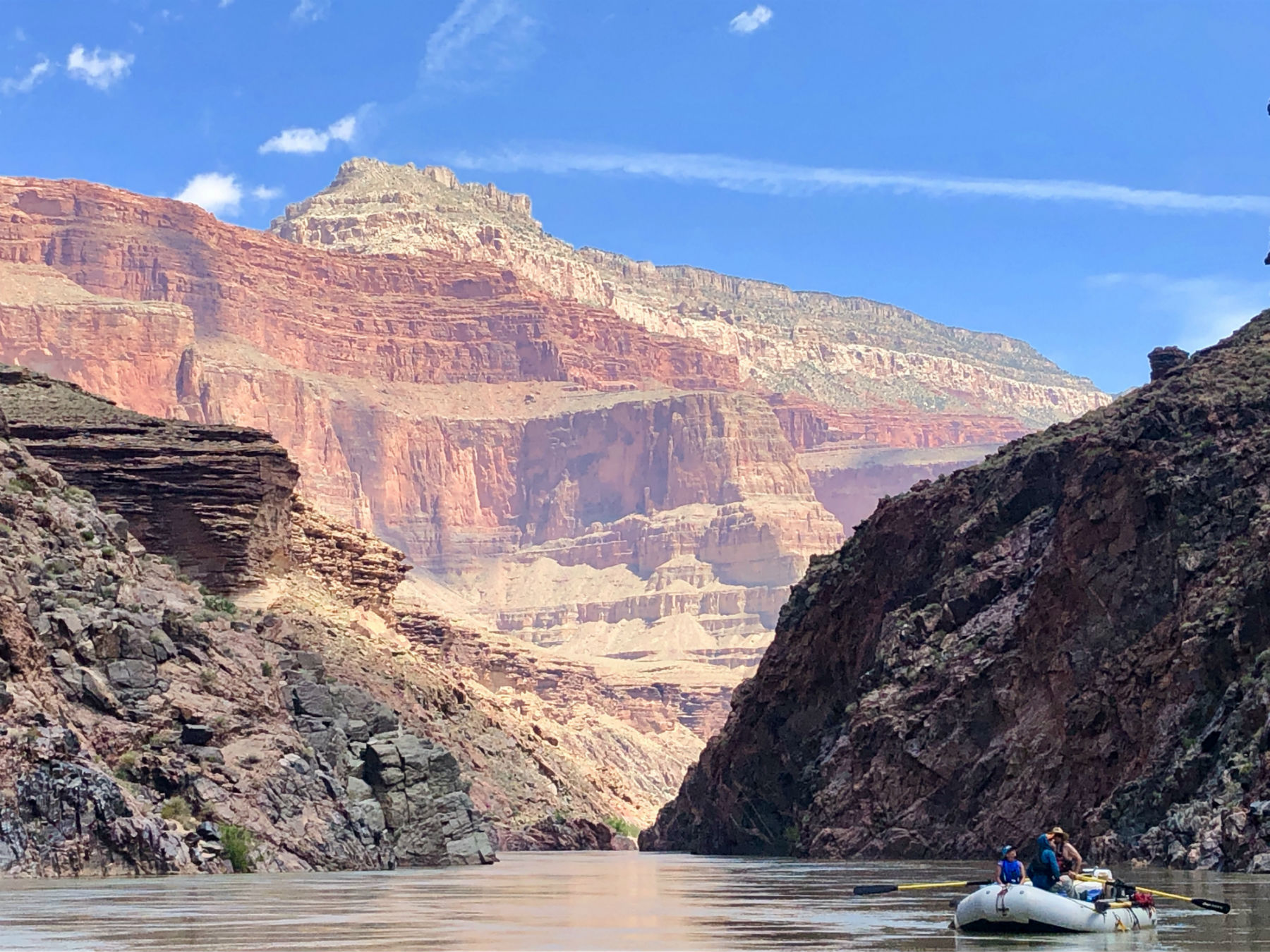 Bow lines coiled and stowed, a ready-signal and one by one each raft pushed off back into the current.

While we floated there was time for talk. People switched boats, and different boats drifted together. When our boats were too long in the current and had moved too far ahead of the other boats, the river’s ubiquitous eddies would reach out as if to say, “slow down.” By the time we rowed out of the eddy another raft had caught up and we had a new neighbor, a new beer in our hand and a new conversation. 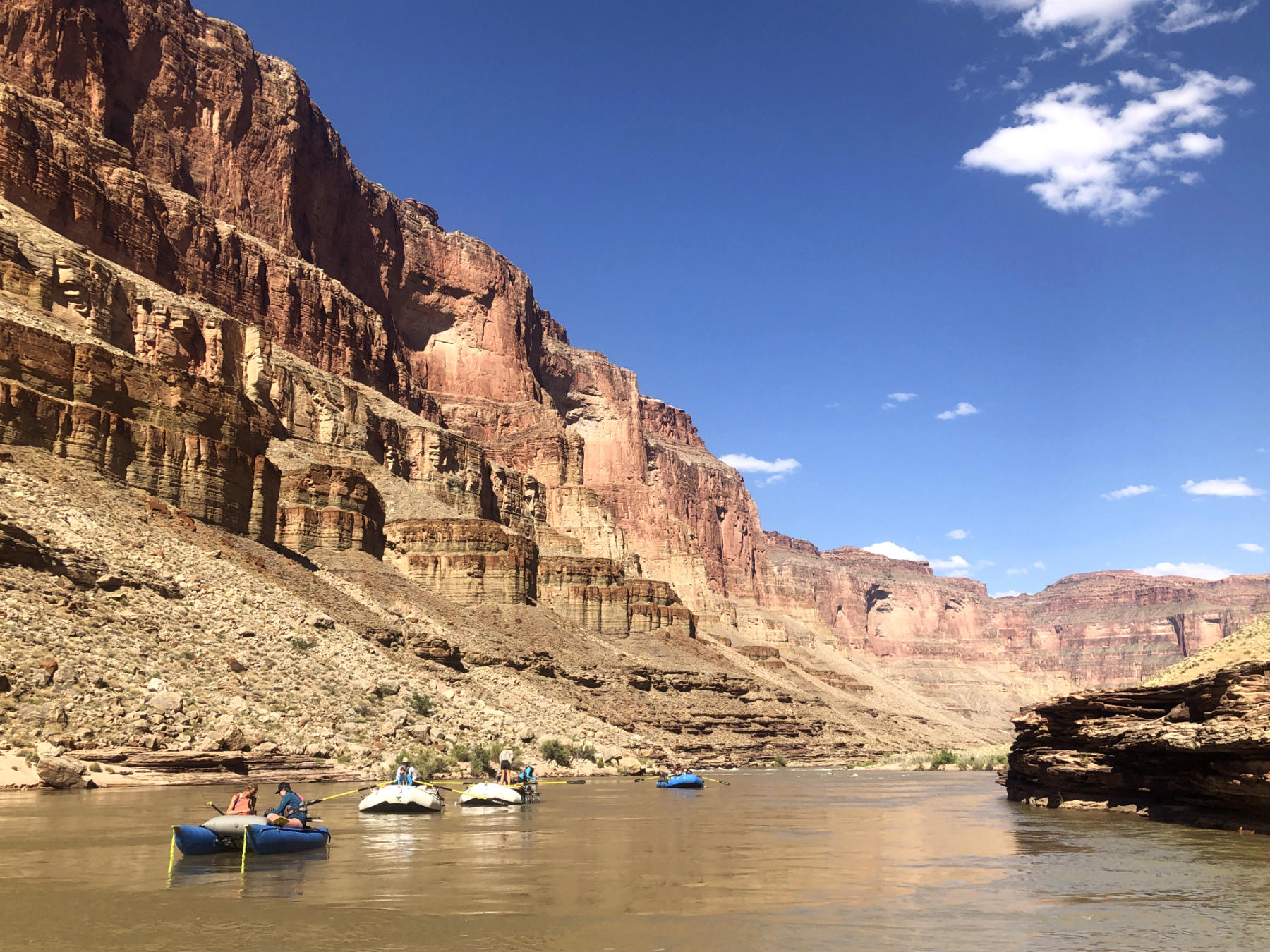 It occurs to me that I could’ve lived in Salida ten years, maybe twenty years and not become as close with any of these people as I did in sixteen days. In a town, you meet people, even your friends and neighbors, on your own terms. You prepare your best self both in a physical and emotional way. You put on your makeup—your best shirt—your best smile. And you have your own four walls behind which to retreat when you can’t manage it all, but this isn’t the case on the river. You meet each other on the river’s terms. You can put on your least stinky shirt, but your bathroom doesn’t have stalls and your bedroom doesn’t have walls. And we all know, because we all had groover duty, that everybody’s shit stinks. 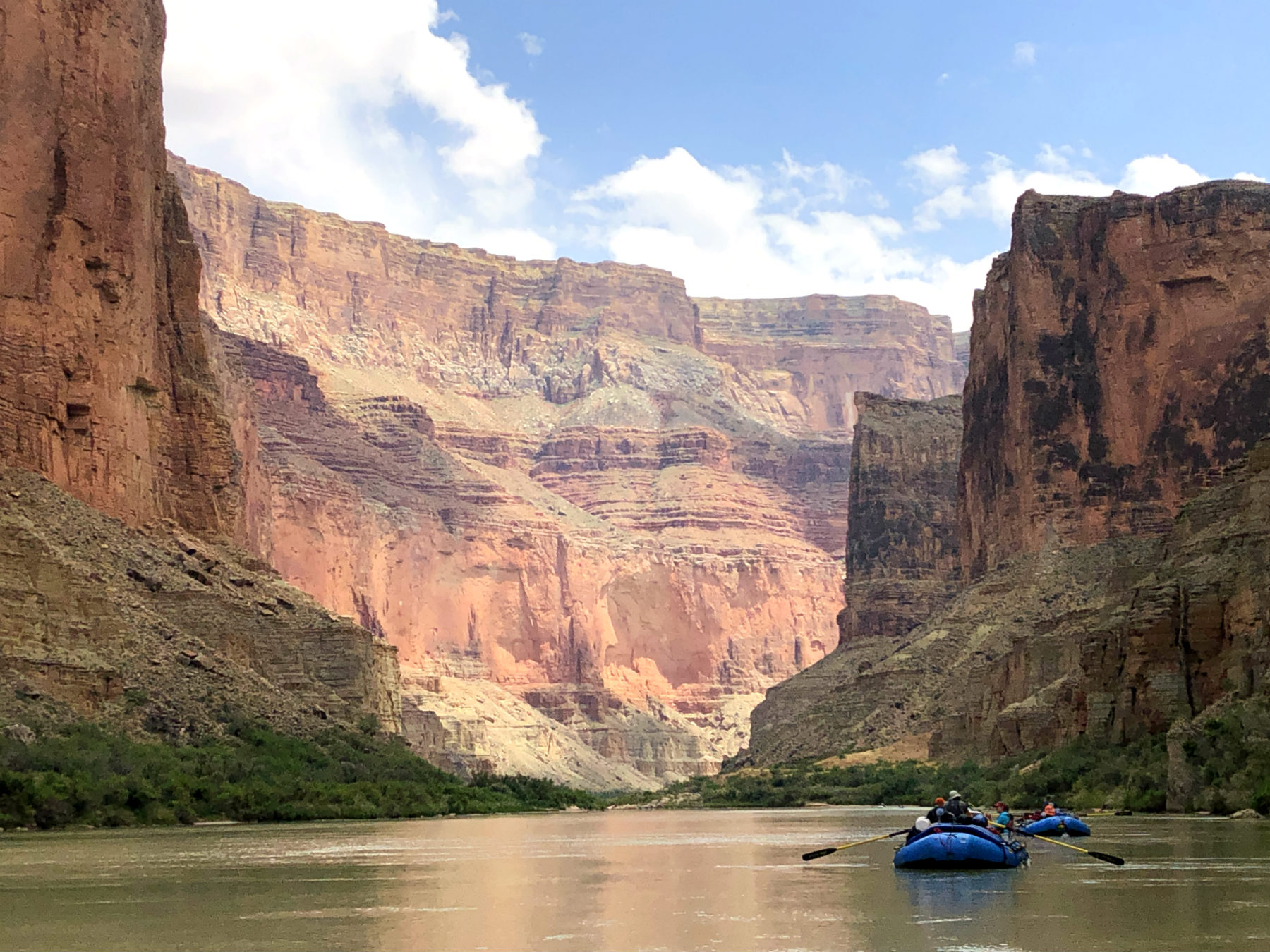 On the way home from the trip Zach asked me how I would describe the Salida crew to my friends and family back home.

I told him I would tell our stories.

I would tell about the time that Janine thought I was a terrible boat captain after I hit a small hole sideways (note: small holes in the Colorado River aren’t necessarily small).

I would try to describe the sound of Brooke and Aaron playing guitar and singing in the narrows of Blacktail canyon.

I would tell of teenage Cooper’s daring rescue of a one-oared boat in the middle of Lava Falls. 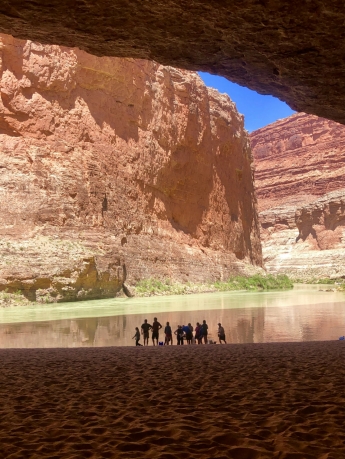 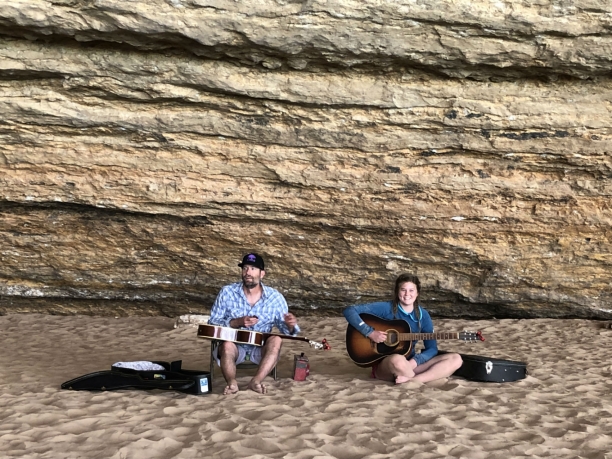 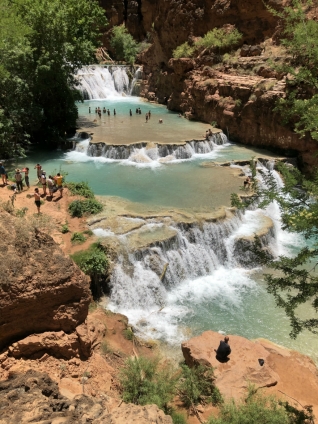 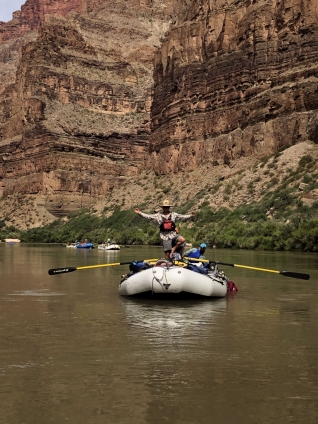 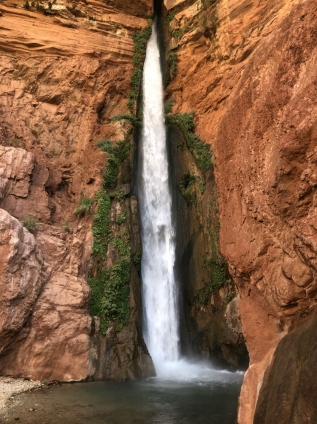 On one of the last days of our trip, Brooke gave us the word of the day: “Walls.”

She explained that back home walls divide us, separating us into other rooms, houses, and countries, but here, in the canyon, the rock walls that we marveled at every day did not separate us. They held us, and the river, together.