Kayakers rocket into the eddy, all smiles and laughs after an autumn lap down the Moška section of Slovenia’s Soča River. One kayak drifts past this last-chance-eddy, floating backward toward the opening rapids of Katarakt, the grade V section known by kayakers worldwide. The biggest smile peeks out from under the helmet of Marieke Vogt, the lone kayaker committing to the run. “Come on guys,” she shouts toward the eddy, where spray skirts have been popped and paddlers are already out of kayaks. Through her grin, she yells, “Aren’t you coming?” before pivoting her boat downstream, oblivious to the flurry of activity as her friends hop in boats to take off after her.

Watching Marieke paddle, her connection with rivers is clear. Her paddling style is effortless, as if she has an understanding with the river, letting the water do the work. There is no fight or resistance to her style. Just fluid movements, paddle strokes and subtle edges. You could even say, she appears to be friends with the river. Perhaps this friendship is what makes her such a skilled kayak instructor, dedicated river steward and an especially capable kayaker. 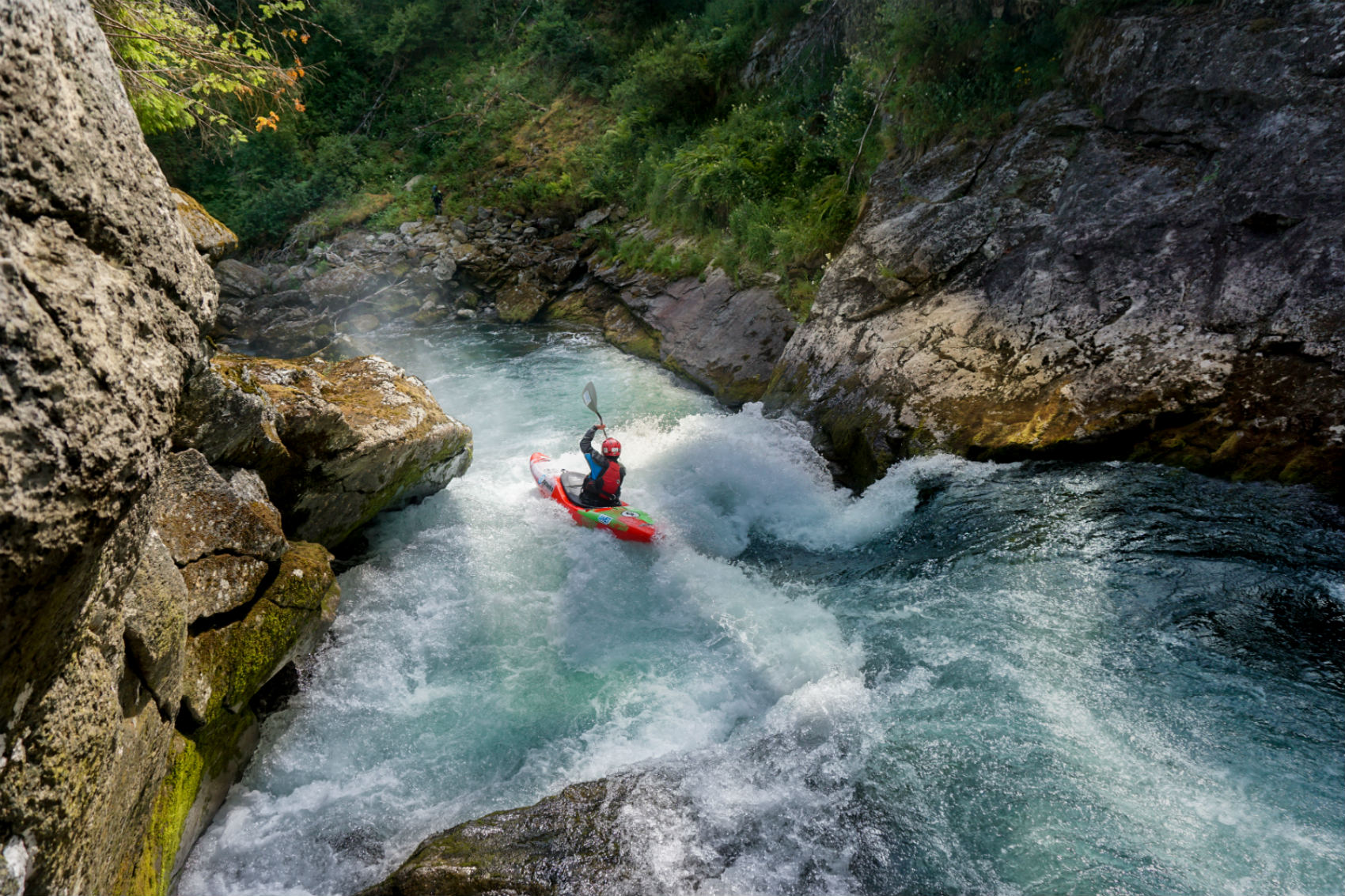 River Roots
It’s not hard to believe Marieke has been in a kayak most of her life. But it is hard to believe that she only started paddling big whitewater in her late 20s and yet she’s placed in the top five at multiple Sickline Championships and has paddled the toughest rivers in Europe. Most recently, she’s found a way to give her passion a purpose as the manager and mind behind the innovative funding platform for river conservation, the Free Rivers Fund (FRF).

Her first memory of kayaking does not foretell her future paddling enthusiasm. “I was two years old when my parents cut a hole in their old fiberglass kayak, put me in a PFD and stuffed me into the hole,” she says. “I’ve seen pictures of them paddling and most of the time I was sleeping, hanging there in my PFD.” Those days on the Leine River in north-central Germany were the base for a lifetime spent on rivers.

“We were in the river all the time,” says Marieke who grew up just meters from the Leine. “Swimming, playing with algae, rocks and mud, catching fish, climbing trees and kayaking around.” Marieke was part of a flatwater kayaking club but was discouraged by the long, heavy paddles, cumbersome boats and adults who were ‘always in a rush.’ “I almost stopped kayaking. Then I turned 18 and met people who were into whitewater,” she laughs. “We got our own boats, stole our parents’ cars and went to the Soča for our first independent kayak trip.”

Paddling History
These are unassuming roots for a paddler who has a style so smooth she is often mistaken for an ex-slalom kayaker. Marieke herself is quite unassuming, a slight, quiet and modest 33-year old, who listens more than she talks and has mastered the balance of brains and brawn in a boat. Her confident paddle placement speaks for the many hours she has spent in a creek boat, and her near-permanent grin depicts how much she enjoys time there.

With her paddling experience and the ability to nail tough and technical lines, she could be on the starting list at kayaking’s biggest races. But titles and prizes don’t interest Marieke. And, it’s not that she’s afraid of big water or steep creeks, it’s the spectators and cameras that scare her. “My first race was Sickline 2012, and I only participated because it was so close to my home,” she says. “I was afraid of the cameras and the people and that was my motivation to race; I thought I should get over the fear of people watching me.” Marieke placed Eighth in that first kayak race and continued to place solid results with Fourth place finishes in 2015 and 2016 and Fifth in 2018. These are especially impressive results considering she only started paddling grade V consistently in the last five years. 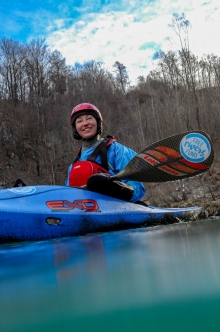 Marieke competing in one of many Sickline events.

Her paddling progression really started when she moved to Innsbruck for University and started working as a whitewater kayak instructor. “Before that, I knew how to get myself out of trouble and roll, but the boofing and magic I learned when I was 27, after moving to Innsbruck to do a Masters in Atmospheric Science.” Marieke still calls Innsbruck home, and Ruetz her home run. “When I finished my studies, I had the choice to stay with the kayak school or start a science career. I realized I really like being on the water, being outside, being with people, being around the fire. I wanted to keep doing that.”

Today, she averages around 150 days a year on the water, making a living as a kayak instructor. No matter where she is, Marieke is stoked to be on the water with anyone who respects the river, regardless of ability. This attitude of learning and river respect permeates her work and play, and no doubt has a positive influence on clients, friends and the rivers.

The idea for Free Rivers Fund was hatched during a session of beer-induced brainstorming when kayaker-activists Bernie Steidl (Wildwasser Erhalten Tirol, Austria), Rok Rozman (Balkan River Defence, Slovenia) and Dan Yates (Save Our Rivers, Wales) met at a conservation workshop in 2016. All three kayakers manage grassroots river conservation organizations and had grown tired of the lengthy, time-consuming grant applications that took them away from their efforts to protect their home rivers from rampant hydropower dam development. They wanted to create a funding platform where money was easily available for kayaker-led activist groups fighting for free-flowing rivers. Just weeks later, the boys had turned the idea into a registered NGO and asked Marieke to help spread the word at PaddleExpo, where she toured booths, searching for brands to support the initiative. 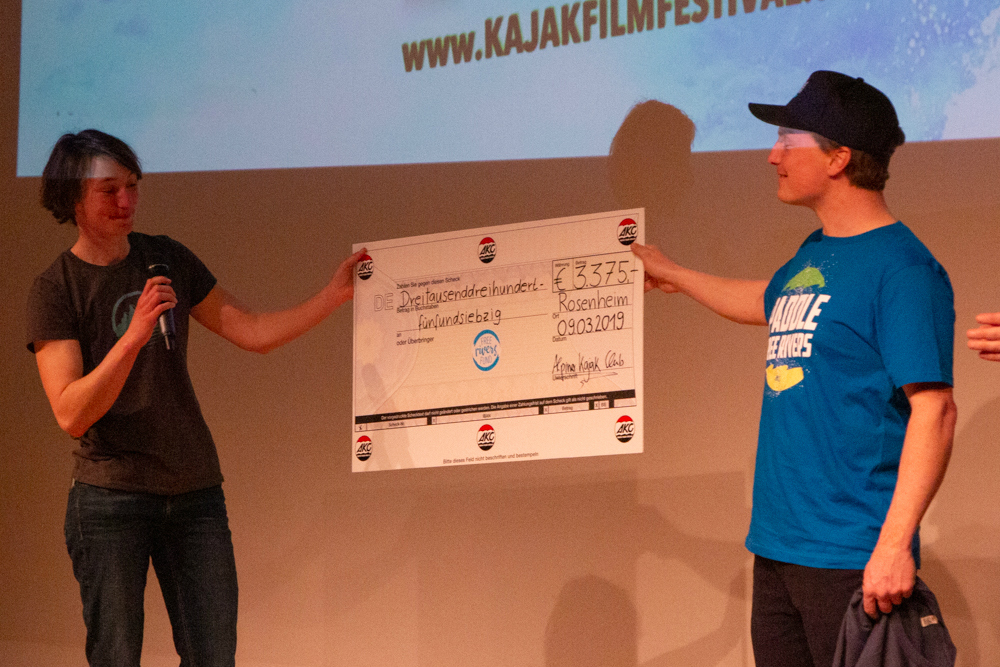 This wasn’t Marieke’s first river conservation effort. “Before FRF I was working with Bernie to fight the hydropower dam on Ruetz River in the Stubai Valley of Austria. Fighting this project took a lot of time and hard work, and we were just through the worst of it when Bernie, Rok and Dan came up with the idea for FRF and I somehow became the chair of the organization.”

Free Rivers Fund is founded by kayakers and designed for kayakers. The premise is simple. Kayaking brands donate money, or a percentage of the proceeds from the sale of a specific product. These brands, or partners, use the FRF trademarked logo, telling consumers they support the protection of the rivers—similar to the 1% for the planet program. Individuals or non-kayaking companies can also donate and FRF has a growing number of private supporters including kayak clubs. “FRF is quite stable, and the core companies that are donating have been with us from the start,” she says. “They stay with us, and the word is spreading that FRF is good place to put your money to help rivers.” 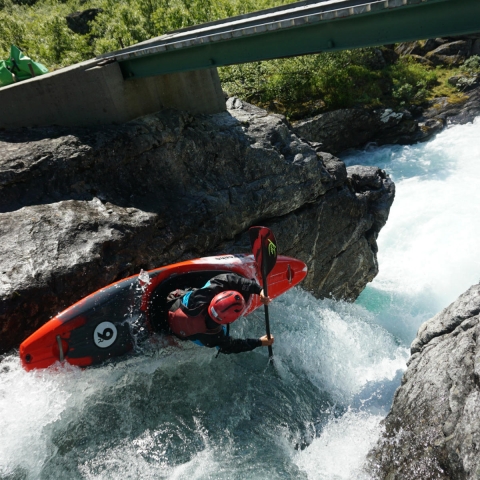 From kayaking to activist. 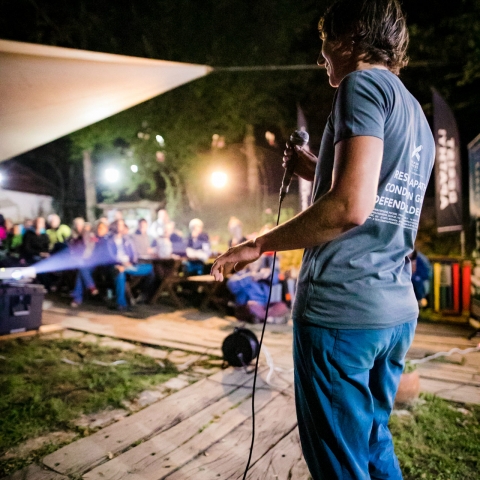 To apply for FRF funding requires just an email. No budgets or application forms. And although it’s tailored for paddlers, being a whitewater person is not a prerequisite. “FRF is different from other funds where you must prove why you need money, where it’s going, and requires charitable organization registration,” says Marieke. “All this time you spend proving what you need money for could be used for river conservation, especially for young river conservation organizations.” FRF is based on trust and simplicity.

A small panel of volunteers review the email applications and select projects that will have the greatest impact or are in the greatest need, all working toward the goal of protecting the last free-flowing rivers. These grants are small, around 1,000-2,000 euro, but go a long way, funding grassroots campaigns, demonstrations, legal battles or research equipment. FRF supports river conservation projects through guidance and networking too. “People approach FRF not only to ask for funding but also to ask for advice on how to tackle problems,” says Marieke. “We connect them to NGOs or to people from their region with useful experience.”

The fund is truly an international initiative, receiving applications from every continent. In 2019, FRF funded six projects from six different countries: Peru, Bulgaria, Montenegro, Lebanon, Nepal and Austria. And the initiative has gone full circle, with kayakers now helping to raise funds for FRF, getting involved and using creative ideas to connect kayaking projects—like festivals and merchandise—to generate income for FRF to redistribute. Even some professional kayakers are catching on, understanding that their ideas and influence can help protect the rivers on which their sport and livelihood depend. 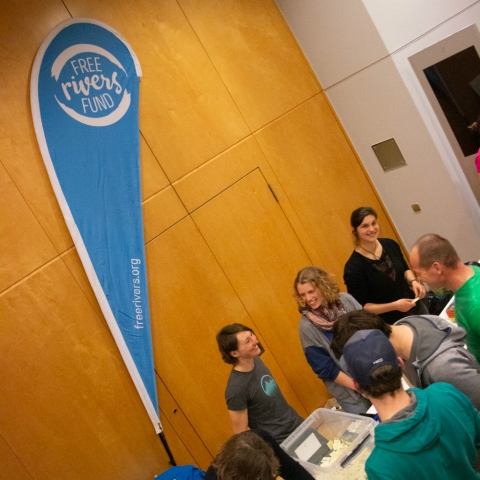 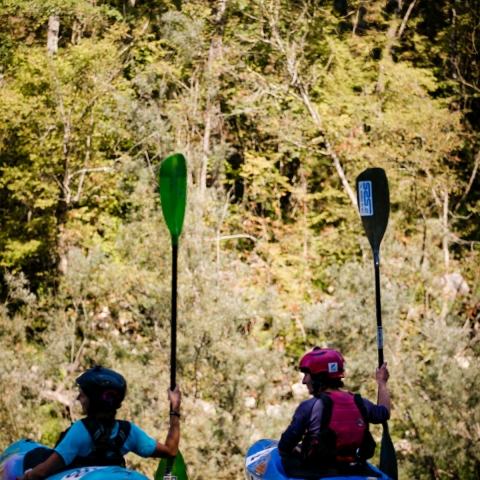 Although FRF continues to gather momentum, Marieke largely manages the fund on her own with some help on social media and design. “I’m working on spreading the work onto more shoulders,” say Marieke who has kept the organization growing each year and has no shortage of plans for the future of FRF. “We would like to introduce some sort of emergency fund, money reserved for urgent action. At the moment we have this annual cycle and projects can only ask for support once a year. Now that FRF has grown a bit, it is easier for us to keep some money aside to help when it’s really urgent.”

She would also like to see FRF support more projects. “At the moment we can support six projects with $1000-2000 euros but I want to give more money to say, ten projects.” She also wants to encourage more paddlers to start river conservation movements. “I hope more people get motivated to start up fights against hydropower projects,” she says. “I hope FRF sticks in people’s heads, that they remember they have easy access to funding when they think about saving a river.”

“Rivers are really important to me. When I’m upset, rivers calm me down. When I’m pissed off or sad, I go to a river. Maybe because I’ve been so close to rivers since I was a child.” This is a sentiment many kayakers can relate to. Spending time on the most remote and wild rivers of the world, kayakers know that to measure the value of a river takes more than kilowatts or dollar bills. FRF provides a chance to give back. And a challenge to do it your own way.

“I have so much respect for a river. Like a river really has a soul,” says Marieke. “When I’m kayaking on the river, it’s just so calming.” Whether she is instructing, wrapping up a FRF skype meeting or bouncing to the bottom of Soca’s Katarakt, Marieke’s last move, is always a big, big smile. She is a true friend of the river, always enjoying the positive energy, and through her tireless work with FRF, is giving every paddler the chance to give back.

Editor’s Note: A shorter version of this profile first appeared in the Kayak Session #71 Fall 2019 magazine. Read the other River Warriors piece and learn about Anup Gurung’s fight for Nepali rivers.