Climate change brings fishing closures and historic drought to a river near you.

River trips are often a welcome respite from an arduous daily life. We anticipate them with glee, and they can often pull us through those more stressful times in our lives. The light at the end of the tunnel. But what if that light is slowly dimming to the point that you can hardly see it? What if river trips are becoming a thing of a healthy ecology of the past?

Nick Braun and Laura Gaylord, two on-and-off raft guides and general river lovers from Jackson Hole, experienced such a scenario when they began a Desolation/Gray trip earlier this summer. Shortly after launching from Sand Wash, they noticed something out of the ordinary. The water was not only more turbid than usual, but it was also sprinkled with floating dead fish. As their trip progressed, the river slowly filled with the carcasses to the point that it was impossible to sneak a cooling dip in the river.

“I’m a far cry from a biologist, but it seemed to me to be a mass mortality type of event,” Nick told me. “Twenty to thirty bloated, dead fish recirculated in the eddies.” The light was dimming for them. Heavy smoke in the air and a typically clean river full of dead fish tainted the relief that they had long looked forward to on this river getaway. They wondered what had caused such destruction.

The problem doesn’t lie in this one-off mortality event, however. This is, in fact, part of a larger issue that lies in bodies of water across the West, from Colorado to Idaho and Wyoming to Washington, on the Colorado River, the Yampa, the Snake, and countless other rivers. I wanted to look into the science behind these events because I had my own awakening this summer as well.

I traveled to Colorado for a rugby tournament and some of us were hoping to fish the Yampa. It was closed. Back in Jackson, we enjoyed higher than average flows for most of the summer, despite enduring one of the worst droughts in history. A friend who often kayaks the Columbia noticed more dead fish this summer than ever before. Nothing as significant as these events could be a coincidence, I thought, and I wanted to do some research. I owed it to my nerdy high school self.

The intermountain west saw a tumultuous summer. We have all probably experienced that in some form or another. More than 60% of the western United States continues to suffer some of the worst drought conditions ever. As of August 19, well over three million acres have burned in unprecedented wildfires. For the first time in history, the Bureau of Reclamation officially declared a water shortage at Lake Mead, affecting the entire Colorado River Basin for the foreseeable future. This declaration and following action will inevitably lead to water supply reductions for the nearly 40 million people that rely on this water source farther downstream. The lake is predicted to hit its lowest level since the construction of the Hoover Dam that began slowly halting the mighty river’s meandering progress toward the Gulf of Mexico in 1936—nearly a century ago.

Farther north, both boaters and anglers felt the burning sting of worsening climate change this past summer. The Yampa River, which flows through Steamboat Springs, Colorado, restricted all commercial activity starting on May 24. This included boating and fishing as well as a voluntary closure for all recreational activities. In Colorado alone, the Upper Colorado, Snake, Eagle, Dolores, Animas, Elk, and Roaring Fork Rivers all experienced varying degrees of restrictions throughout the summer.

One effect of a warming climate and air temperatures is that they closely correlate with rising river water temperatures and lower flows. The warmer a river’s water, the less dissolved oxygen is present, and this inflicts more stress on the local fish populations. Fish are naturally cold-blooded, which means their core temperatures are directly related to the temperature of the water around them. When this temperature rises beyond their tolerated thresholds, they become sluggish, have faster metabolisms, yet won’t eat; they can’t migrate successfully, have lower reproductive rates, can suffocate, and can even develop severe diseases not found in cooler environments.

Moving on to another seemingly isolated incident: the Shoshone section of the Colorado River near Glenwood Springs, Colorado, sustained a devastating wildfire in Glenwood Canyon last summer, as Lindsay DeFrates chronicled in “Floating Through Fire.” This summer, the burn scar left in the canyon has led to multiple destructive mudslides that continuously close the highway. In addition to the inconvenience posed to motorists, this closure has all but stymied local whitewater activity, forcing companies onto other, smaller volume rivers or farther down on the Colorado. The reduced visibility and increased turbidity that the mudslides introduce to the river also heavily impact the fish.

Even farther north, near Jackson Hole, Wyoming, the Snake River experienced historic flows as well, but not in the ways you might expect from all this doomsday speak. As I mentioned in the beginning, boaters there enjoyed higher than average levels throughout the summer…but don’t pack up your mambas or Maravias yet. Despite a decent 2019/2020 snowpack, the Snake River was actually higher because dam operators at Jackson Lake Dam were releasing unprecedented amounts of water to the drought-stricken farmers and reservoirs farther downstream in Idaho, according to the Jackson Hole News & Guide.

Continuing downstream on the Snake and onto the Columbia River, which the Snake empties into, temperatures have been so high that sores, caused by a fungus that only thrives at high water temps, riddle sockeye salmon, the likes of which they often can’t survive. Salmon thrive in water that is well below 68 degrees, however, the reservoirs on these two rivers all reached temperatures above 70 toward the end of the summer, according to the Natural Resource Defense Council. One focal reason for these detrimentally high-water temperatures is obviously the changing climate. Another factor that contributes are the dams themselves. 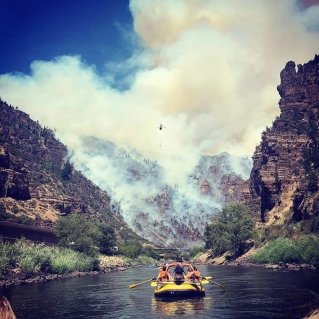 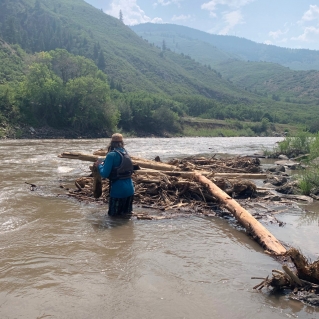 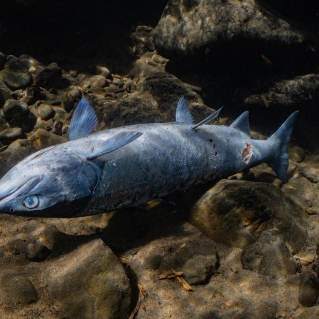 An EPA report recently pointed to the dams on the Snake and Columbia, respectively, as main perpetrators of high water temperatures. Any dam constructed on any river will tend to raise the temperature of the water. Even if the change seems insignificant, it can have huge effects on wildlife in the rivers. This is apart from how dams affect the wildlife that enjoys recreating on the rivers. Read: humans.

Dams retain warm water by increasing the overall surface area of the river beyond what it would normally occupy, thus allowing more water to be in direct sunlight. The water reaches temperatures that are not sustainable for the fish. These warmer rivers combined with climate change and the associated warmer than average air temperatures, in conjunction with lower snowpacks, can all combine to have deadly results: a trend we’re now seeing played out.

There is already a plethora of information about dams out in the world, so I won’t go too in-depth here. Watch Damnation if you’ve got the time. The real impact will come when these fish species are affected beyond return. Salmon, for instance, are a keystone species and their loss would have huge and probably catastrophic rippling effects across the western US. Farming, fishing, boating, and many tribal industries and livelihoods are all affected by the presence of the dams, the rivers themselves, and the fish. 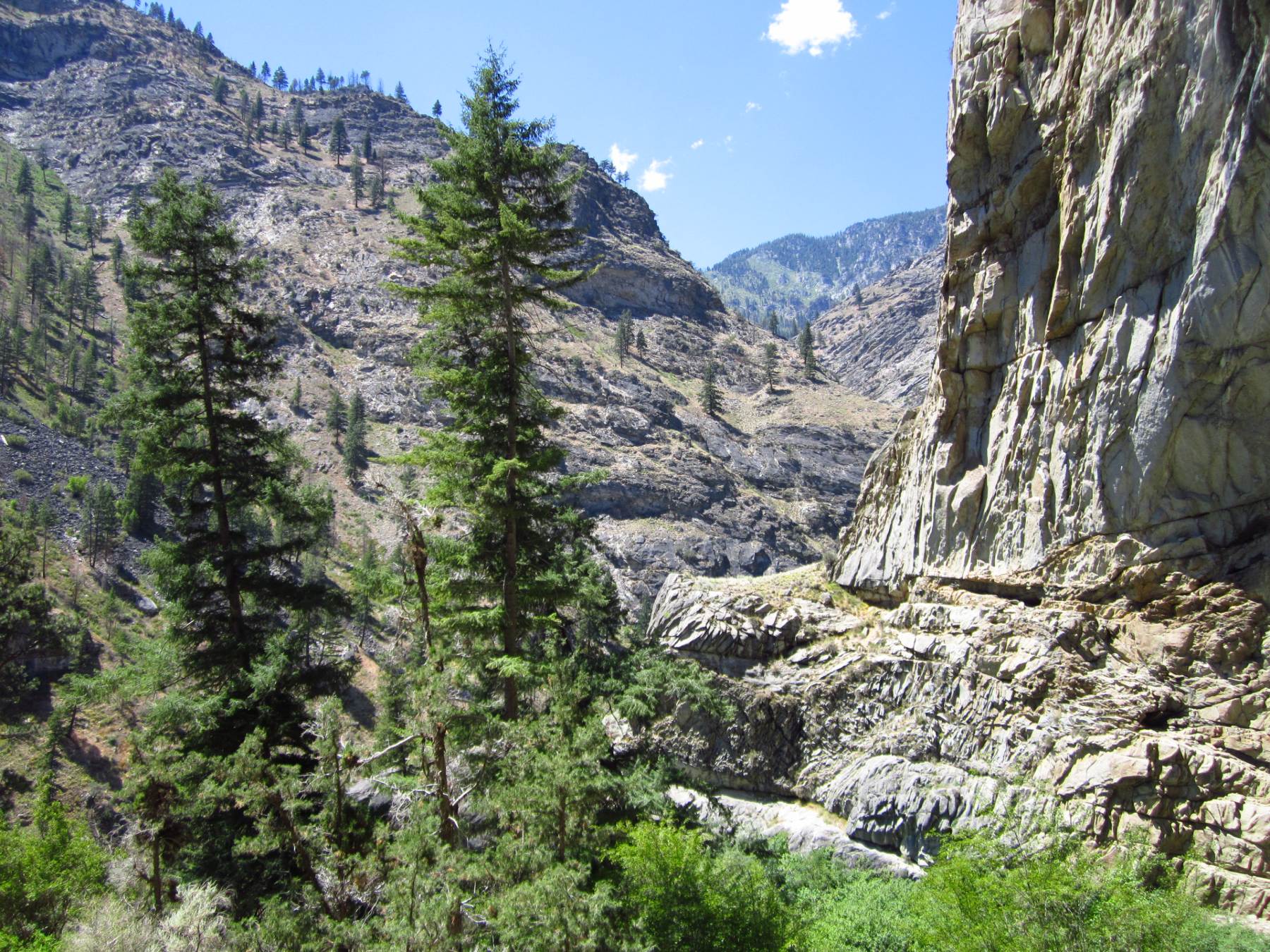 The Affiliated Tribes of Northwestern Indians recently wrote the Biden Administration to remove the four lower dams on the Snake River. Obviously, the dams were put in place for a reason, whether it be irrigation, transportation, or energy production. But if any of you have read The Emerald Mile, you will know of the contentious history of dams in the U.S. and of white civilization fighting to control the all-powerful river.

What are we, dear DTD readers, if we are boaters without a river? If we travel great distances to relieve the stressors of everyday life, only to find the air full of smoke and the river full of decaying fish. If the climate continues to change and no policies are enacted to remedy it, our rivers will continue to close to commercial and recreational activity every summer in order to protect the fish and the water we need to live. There are countless versions of “Boating is Life,” “Raft On,” and “River Life” stickers around the world from people like us who live to be on the river. But what if we can’t? Are we still boaters?

“I never thought that I would get big whiffs of classic ‘marina’ stench, while cooking dinner on a pristine white sand beach along the Green River in the desert of Utah,” Nick recalls, reminiscing with Laura about their solo trip down the Green. They repeatedly described an odd taste in their mouths during and after their trip, metaphorically and a little bit literally.

“Between the smoke-filled air, the desert winds, and a river chock-full of floating dead fish, there was an apocalyptic vibe to our boat trip.” They aren’t done rafting of course, and neither am I. But if this information I’ve compiled serves to prove anything, I hope it’s that our voices are important in the fight to save the rivers and the creatures that need them to thrive.

Climate change will continue to challenge both traditional ways of life for indigenous peoples, the resilience of fish populations, as well as our ability as river people to enjoy the thing that makes us who we are and allows us important means of decompression and simple fun. Without rivers, we lose a huge part of our identity. Obviously, this association with the river community runs deeper than your time spent on the river. It’s lasting friendships, family time, cooking incredible meals in the backcountry… The threads of our river family are sewn deeper than boating alone. I just wonder if the community can sustain the blow of not doing the very thing that brought us together initially.

Editor’s Note: Guest Contributor Caleigh Smith has always enjoyed exploring outside via whitewater, on foot, by horseback, on skis, or with ropes and quickdraws. A seasonal raft guide on the Snake River after the last few years guiding on the Colorado, she fills in the rest of her year with personal training and freelance journalism.