Meet the Cast of Characters Behind Dory Land

Many river runners say there is no better way to experience a river than by dory. Beyond their stout, thoughtful design, these wooden boats hold a soulful connection to the river and a heritage of western exploration. And for many whitewater dory lovers, there’s no better place than Idaho.

To mark the 50th anniversary of the first commercial dory trips in Idaho, the new film Dory Land by filmmaker Logan Bockrath and OARS explores the community around wooden boats and free-flowing rivers that have flourished in the Gem State. And below, you’ll find a little more about those featured in the film and why they love these fabled wooden river boats. 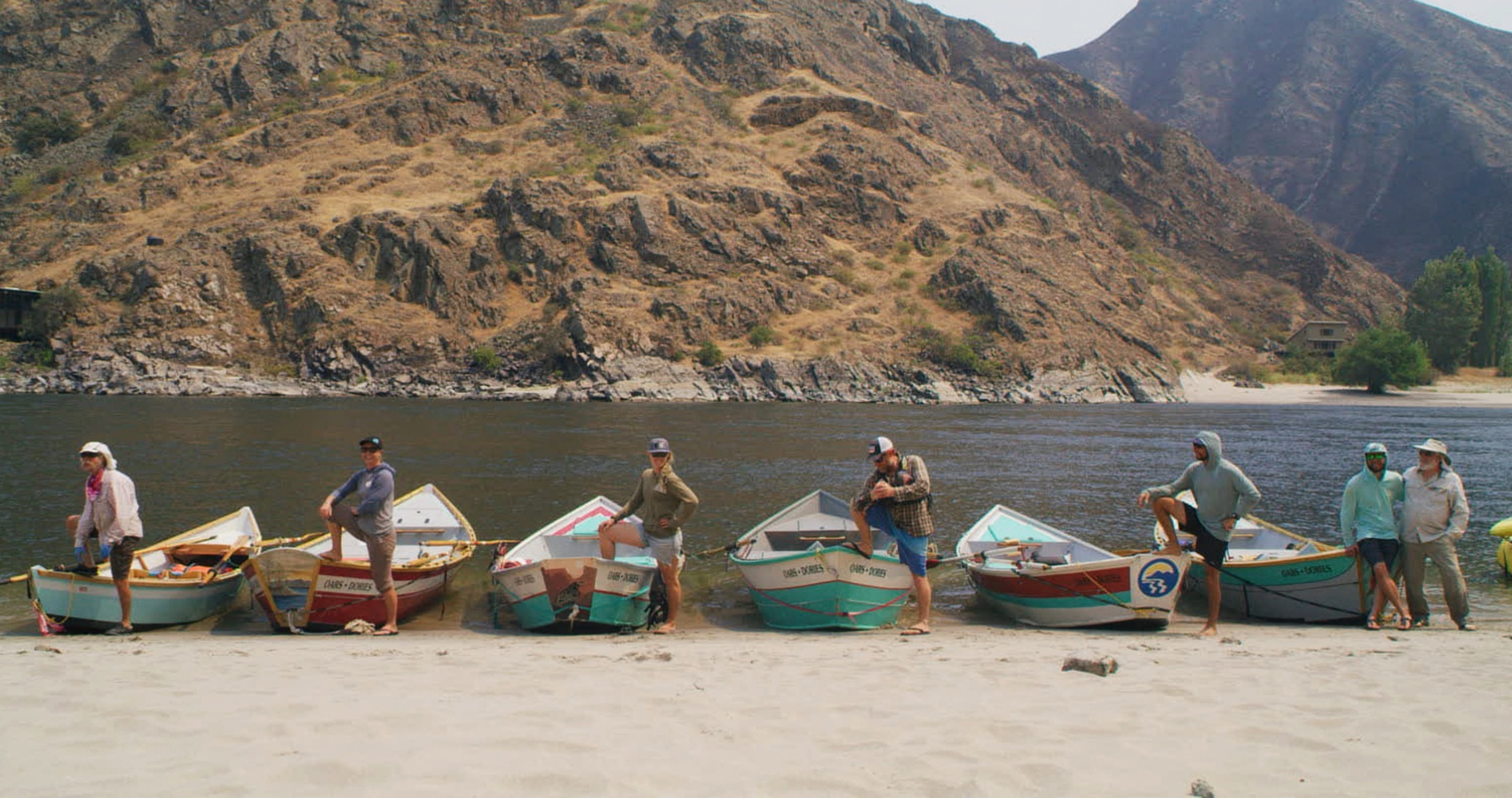 Curt Chang || Dory Guide 1972-Present
A legend of the dory community, Curt Chang has been running Idaho’s wild rivers in wooden boats since 1972. He started rowing dories as one of Martin Litton’s original Grand Canyon Dories guides before Litton asked him to head up to Idaho to start a commercial guiding operation on the Snake and Salmon Rivers. The business began in Curt’s backyard and later grew into the current boathouse in Lewiston, Idaho, which he designed and helped build, and where he now oversees every aspect of the OARS Idaho Dories operation. His stories of early trips in ramshackle crafts are endless and his love for dories endures, even after 50 years.

“Dories have a lot more action. Because they’re rigid, they don’t conform to the water. They track amazingly better. It’s like a sports car compared to a raft. A raft is kind of slow. They’re very forgiving and you can bounce on things, and you can put a lot of stuff in them. But we liked the design of dories and that you could store everything below the deck.” 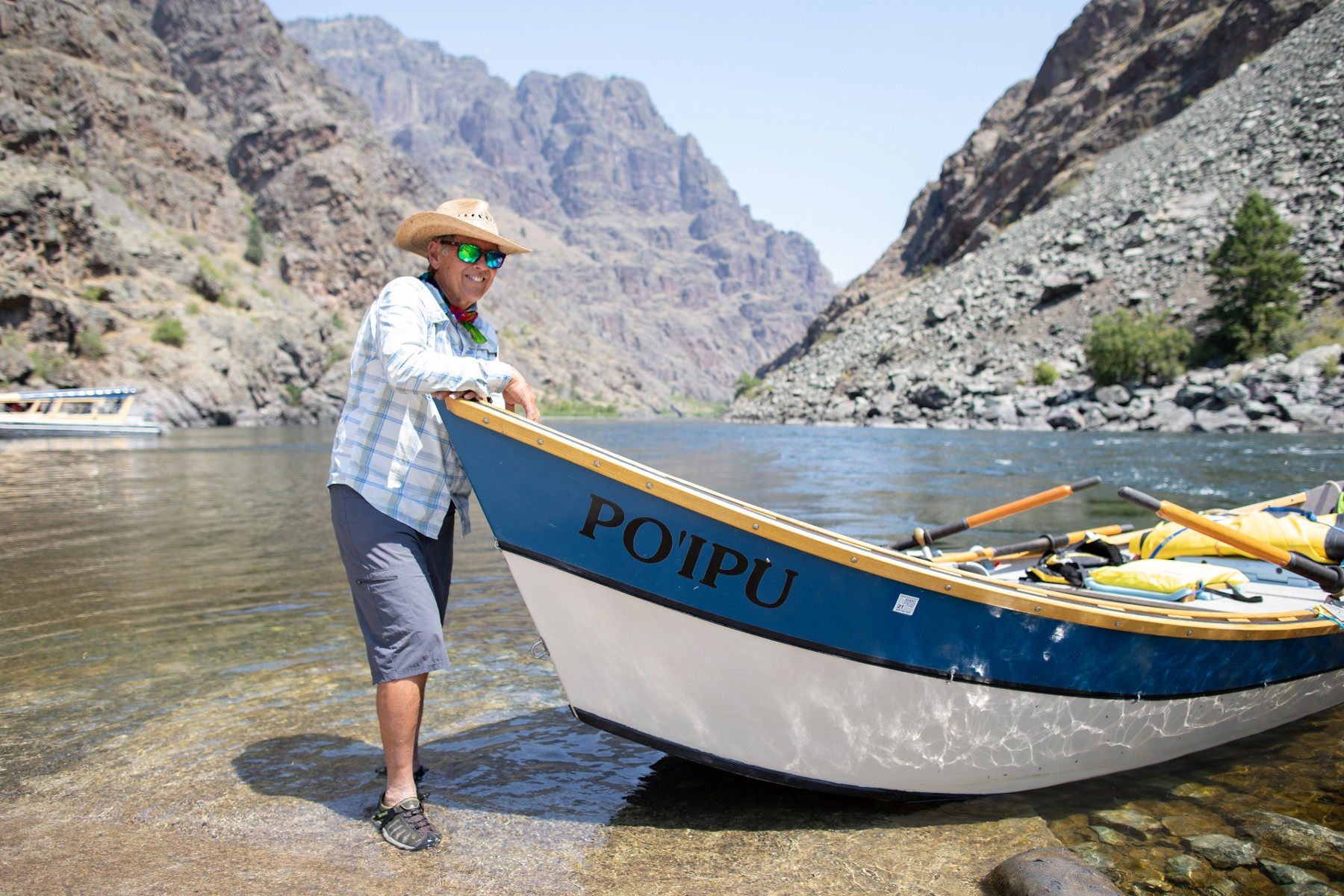 Dick Shedd || Dory Guide 1976-1994
One of Idaho’s earliest dory guides, Dick Shedd watched the Idaho dories operation develop from a ramshackle business into a polished professional enterprise. He made his way to Idaho from the ski areas of California, where he had worked with Curt Chang. His son Eric Shedd followed him down the river and now rows dories for OARS. Dick’s love of dories grew after just a few trips down Idaho’s rivers. He draws from his roots when describing the way a dory moves through the water.

“Being a skier, my explanation is a raft snow plows and a dory carves. Dories are in the water; a raft is on the water. The control and feel is completely different. The first couple of times the boat went up and over [the] wave in front of me, I knew this is where I belonged. This is what I wanted to do. I will continue to do this as long as I live.” 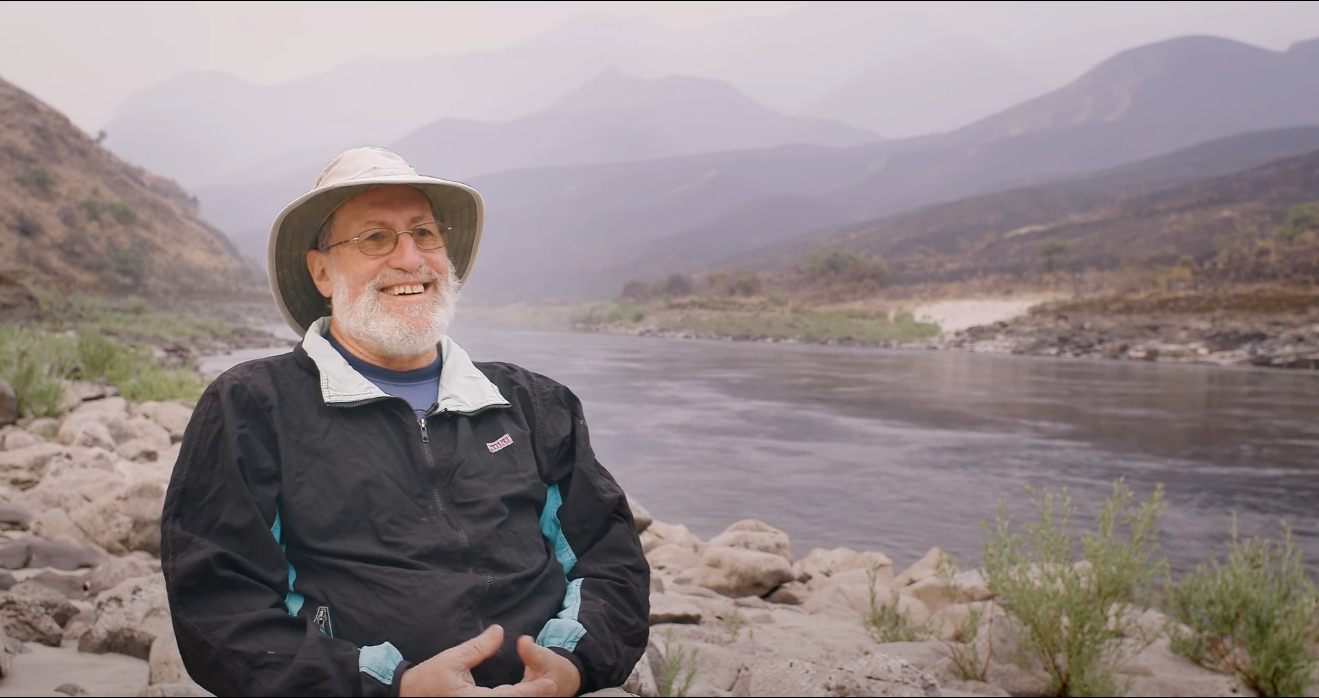 Bill “Bronco” Bruchak || Dory Guide 1980-2014
Bill Bruchak remembers being issued a dory as a guide, and having it feel like home, or like his “apartment,” he says. Through many seasons, he’d spend more than 100 days aboard the wooden boats. By the time Bronco retired in 2014, he was the longest serving dory guide in Idaho, other than Curt Chang. He started guiding rafts on Utah’s Yampa River, before chasing down Martin Litton and personally asking him if he could join Litton’s team of dory guides. During Bronco’s first season in Idaho, he did 15 trips.

“As time went on, I learned the nuances of the dories. They’re amazing boats, boats you have to get a feel for. They’re incredible to row. When you get the dory bug in your blood, some people think you’re an elitist. But it’s just a feeling that’s different from any other. Even with the rafts of today, it’s not the same as when you’re in big water in a dory.” 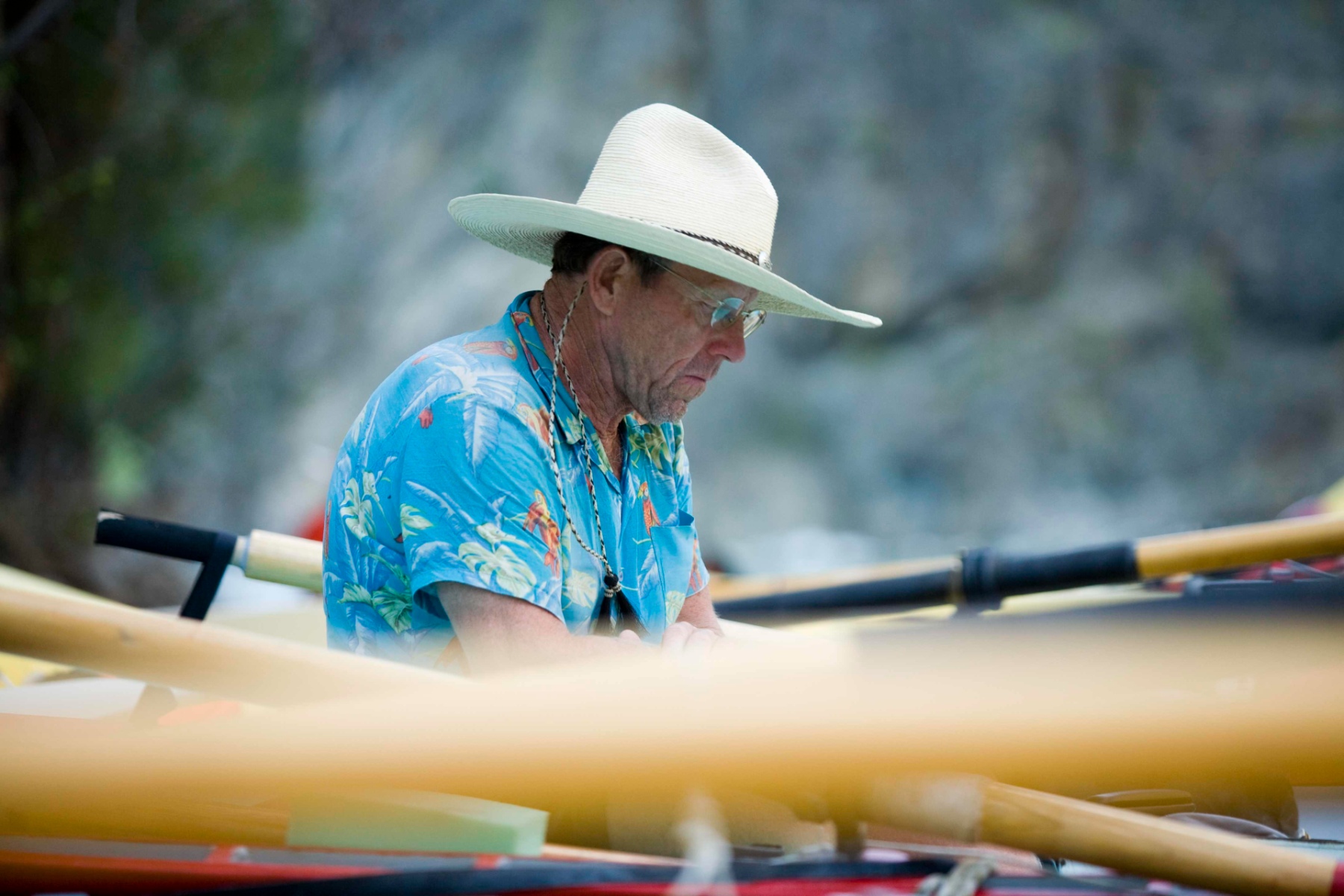 Eric Hudelson || Dory Guide 1993-Present
If he were to tell it, OARS Idaho dory guide Eric Hudelson would say there’s nothing special about “Hud.” He’s just a guy who’s been around. That’s a little bit of an understatement. Hud has evolved from a raft guide to a boat master capable of piloting almost anything down Idaho’s rivers, including dories and the mammoth sweep boats used on the Middle Fork of the Salmon. As an instructor of rowing clinics, he’s gained an appreciation for how fragile the crafts can be.

“Dories are special. Dories are unique. I don’t want to say that anybody can row a raft, but rafts are forgiving. A raft you can hit rocks. A raft can bounce off things. With a dory, you can’t. A dory takes a craft to get it down through low water, through rocky water, through technical water, without putting a hole in it or banging it up and damaging it. There’s not a lot of people that can do that.” 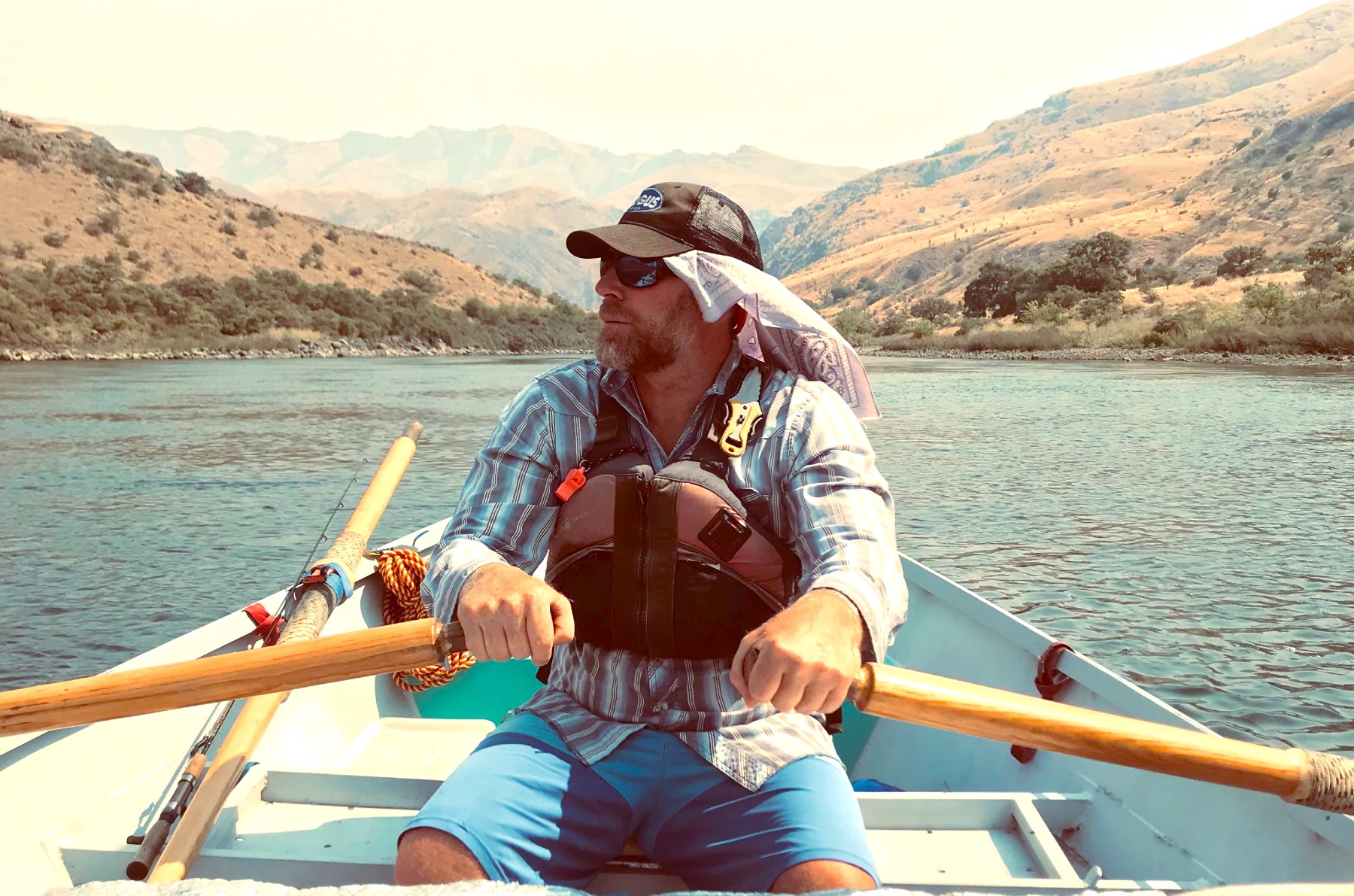 Eric Shedd || Dory Guide 2000-Present
Running dories seems to run in the Shedd family. Eric Shedd followed in his father’s footsteps, starting in the OARS Idaho boathouse when he was still a teenager. His love for the watercrafts stems from his childhood. Now based in Colorado, he’s a seasoned dory guide who returns to Idaho each year to lead trips. Eric is also a touring musician who draws from the water for inspiration. The single he sings in Dory Land (“I’ll Be Good”) was recently recorded by his band Birds of Play and will be released on their album Murmurations Vol. 2. 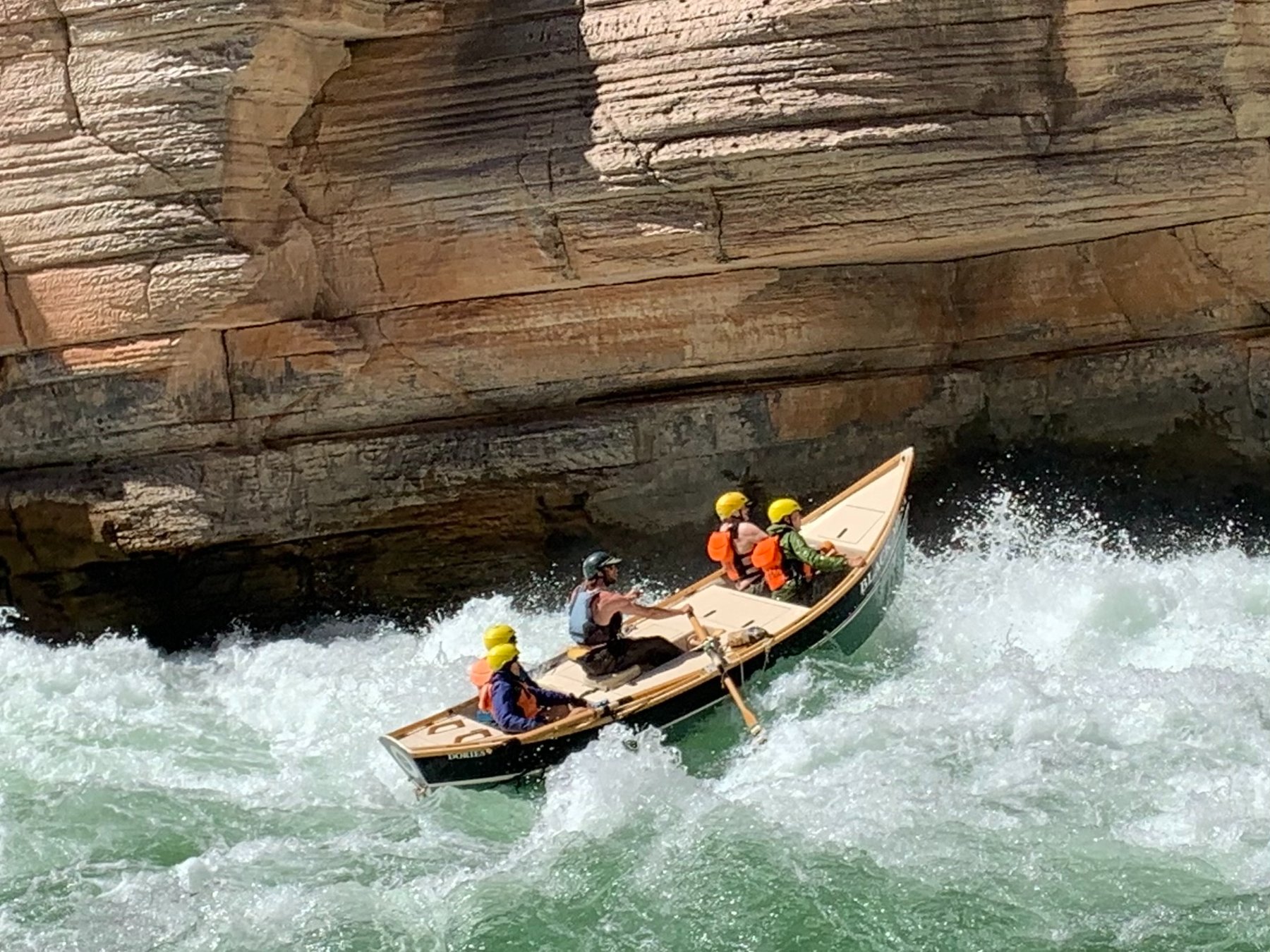 Ashley Brown || Dory Guide 2003-Present
A long-time OARS dory guide, Ashley Brown was born into a river running family. She started guiding just after high school, following in the footsteps of her mom who was a Grand Canyon guide. The family ties extend to Idaho’s rivers. Her younger brother is named Tappan after one of the rapids on the Middle Fork Salmon River. Brown guides commercial dory trips in Idaho and Grand Canyon and captains the occasional sweep boat. She knows the history of each dory in the Idaho fleet and understands what it means for a dory to have nice lines.

“They’re beautiful. They seem like they tell a story when you’re rowing them down the river. Rafts are rafts and they’re fun. Dories feel like they’re part of the place. They’re fun in the whitewater and they give you a bigger ride. It’s definitely a bit more of a challenge and you always have to be on your toes. It feels like you’re a part of whatever is happening at the time.” 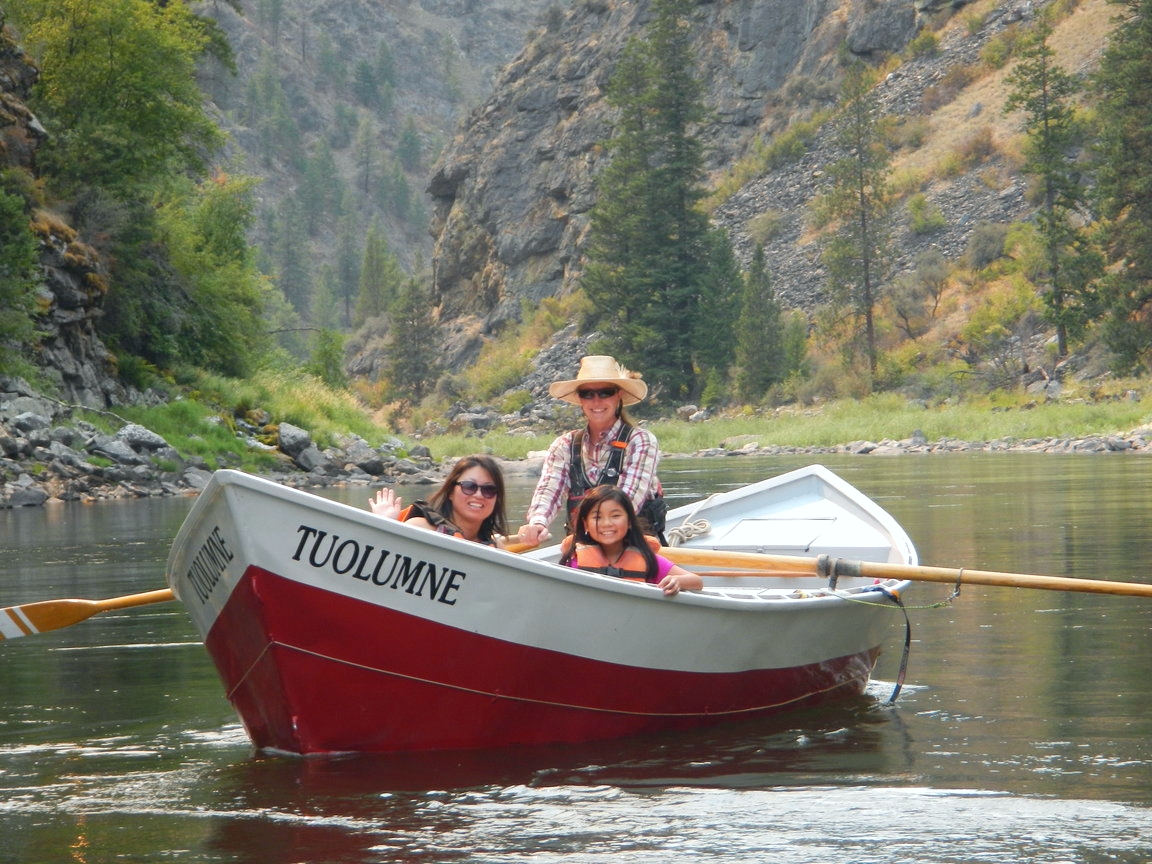