Gettin’ Loose on the Moose

With a resounding “GO!” 32 racers leapt from the start line, sprinting for their boats on the edge of the Moose River, vying to podium at the final race of the King and Queen of New York Race series. As I found myself fading in and out of sixth place, with racers passing me, me gaining ground before losing it again, routing off of 10 foot drops and steep slides all while wanting to throw up a little, I realized why people race. It’s fun to go fast! 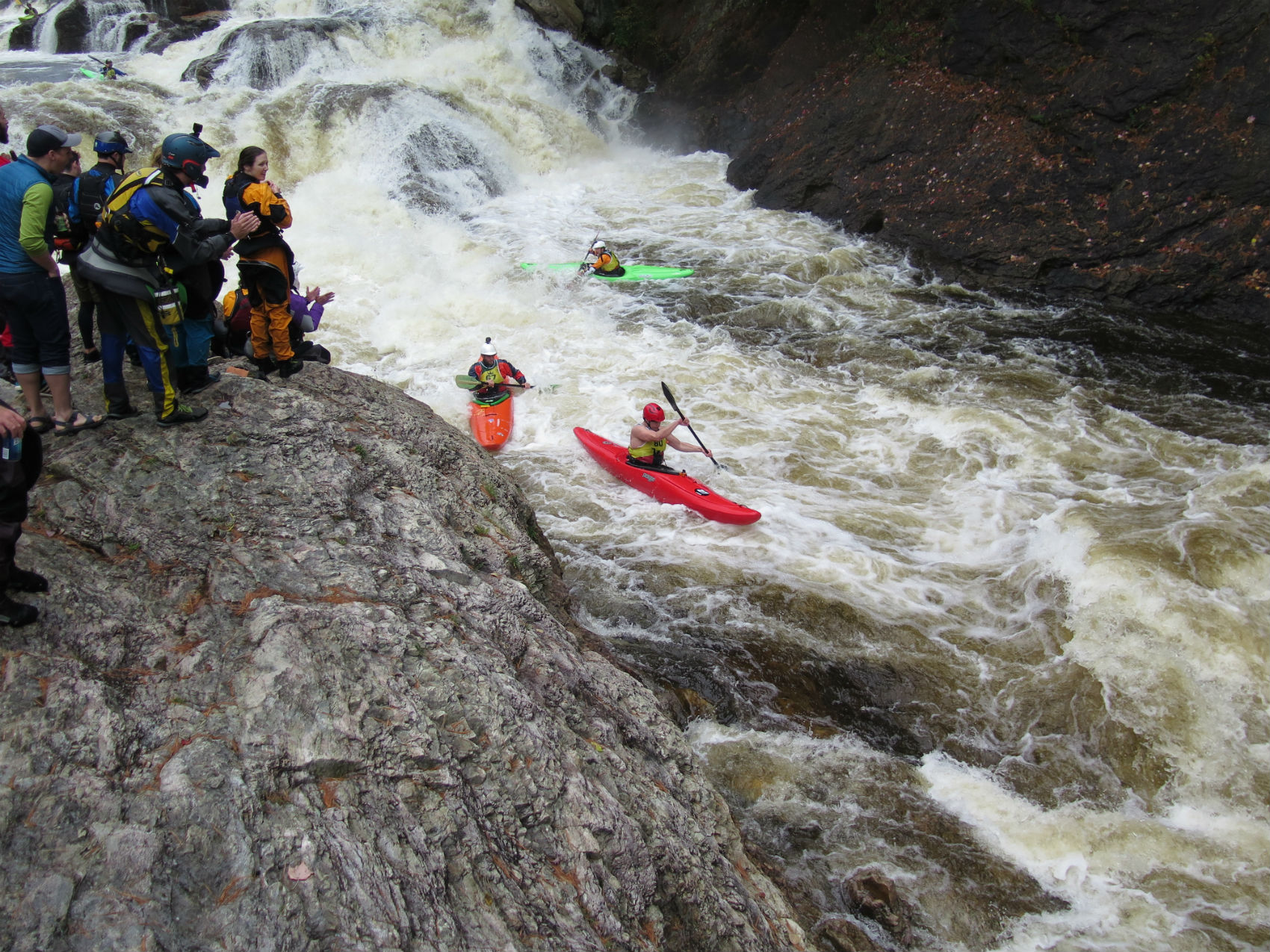 Being locked away in a library, watching the leaves of August fade away, I felt the need to get back to the Adirondacks to experience some East Coast leaf peeping. If I could incorporate the final race of the KONY series at the same time, all the better. I gave the Greer family a phone call for a favor, their roots run deep with Liquid Logic history both East and West. The next thing I knew, an original Stinger Remix, the 2nd rendition of many in the long boat’s lineage, donned my racks. Brenden Cronin, a Jackson Hole terrain controller (i.e. the guy who throws explosives at six AM so we can all go skiing) just happened to be back in his hometown for a wedding. He called his mom to tell her not to wait up, and we rallied straight from the airport at five AM into upstate New York. After experiencing Beaver Fest, I knew it was time for me to saddle up and give the long boat a whirl, after all, it could be magic…or it could be tragic. 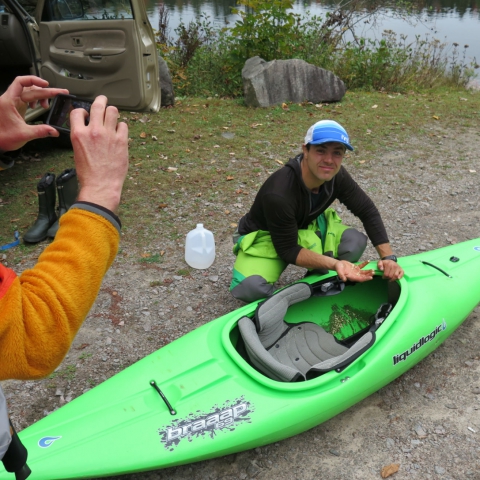 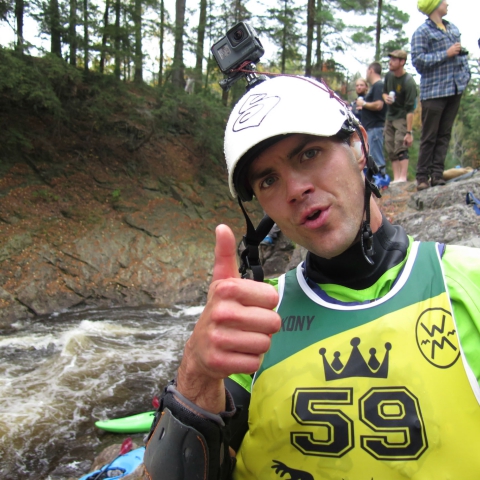 The whitewater KONY (King of New York) series is made up of three different races, with the Moose being its final segment. And in my opinion, it’s the gem of the three races. While the Racquette and the Eagle have their amazing qualities, this one was my favorite.

The Moose combines a plethora of steep lines with fun drops that can be run any number of ways, and it finishes off with a class V-ish rapid called Magilla. It’s just before the take out and can easily be bypassed on the way to the parking lot if a person was so inclined to watch their buddies crash and burn, but not partake in the carnage. While Beaver Fest is tons of fun—think massive bonfires, big drops and plenty of whiskey to go around—the Moose cuts down on driving time and seems to give the most overall bang for the buck for those with class III+-V paddling competency. The river has easy portages and plenty of sneaks for those who aren’t quite ready to step up to running the “big lines,” easy locations to set safety or scout, and stout lines for those seeking to feed the adrenaline craving. On top of it all, another super fun two-mile class IV section sits above the racecourse. And all of this lies just 20 minutes from Old Forge, an easy place to grab a beer and burger. 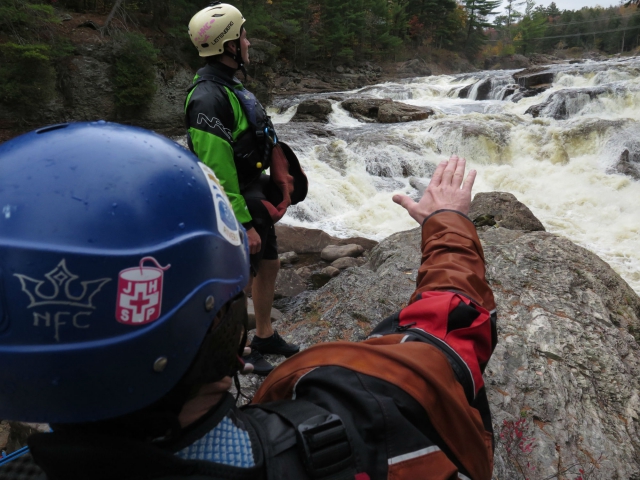 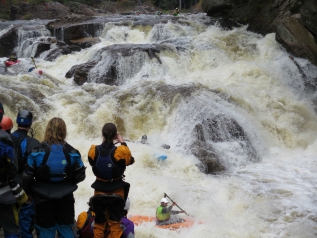 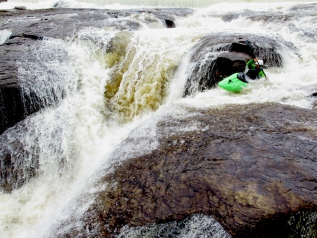 Upstate New York in early October can only guarantee two things: you’ve missed peak-peak fall foliage and the weather will be unpredictable. Historically, paddlers have woken up to snow on the ground, making this event a bit burly and harder to get excited about participating. Simply motivating to paddle when the banks are covered in snow can take more than a few cups of coffee for me. I’m from Idaho and still woke up thinking, “I’m gonna need two onesies, a thermos of hot chocolate—extra marshmallows—and if we can pipe the car’s heating system into my drysuit neck gasket just before putting on, that would be great.” After the frosty dawn though, the weather was in the mid 60-70’s during race day, begging for some skin-to-win paddlers to show off those fading summer tan lines. I kept my pasty, nursing-school ass under drywear though, paddling mostly in my Stampede Shorty and WRSI elbow pads (there are some sharp rocks out there). 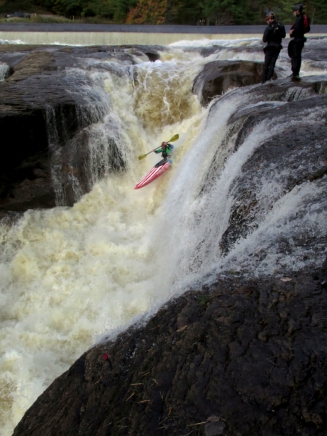 Kenny Unser, along with a team of volunteers, adopted a particular format scoring for this race. Maintaining a feeling of grass roots, winner-take-all style, the winner is chosen based on points. While the other KONY races are sophisticatedly timed events, the Moose keeps it loose with a battle-royale Le’mond start that leaves competitors smashing elbows from the get-go and putting the hammer down stroke after stroke, from start to finish. Every stroke of the paddle-blade is a fight against the surface tension of the water. For 15 minutes, racers strategize, read water, try to breathe, rock slide, spin the competition off-line, curse when sneaky rocks appear in tight channels and squabble awkwardly while crossing paddle shafts—all to gain that extra inch until the finish line. I sat on Greg Lee’s wake as he pulled me through flat after flat until catching a lucky break, spinning him out in a rapid, only to finish a mere second ahead of him after a bobbled line on the final drop. The tricky thing about long boats? When they make their mind up to go off-line, it’s hard to sway them back on course. 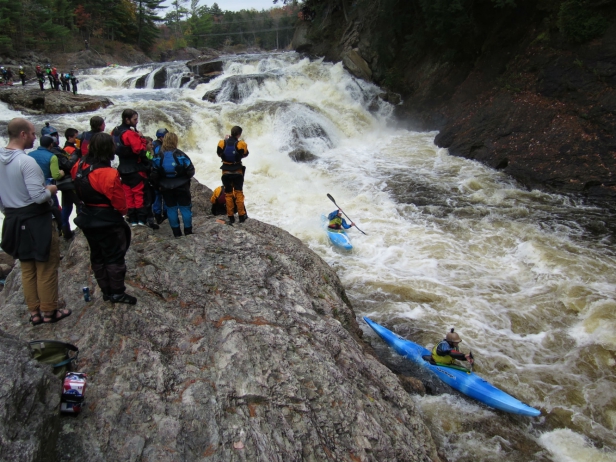 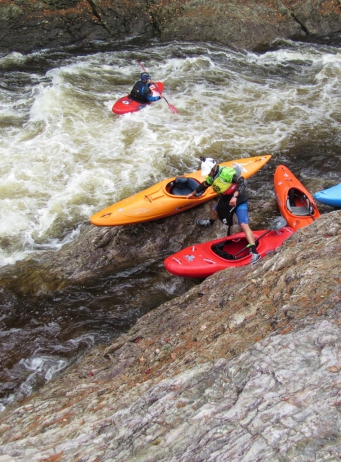 Spectators can walk or paddle to a rock amphitheater, perfectly placed at the bottom of the final and most picturesque rapid of the race, ‘Crystal’. Since the 70s, canoes, kayaks and rafts have been running this rapid upside down and backwards. To this day, Crystal continues to provide entertainment to anyone with a little time on their hands and a couple of PBRs. Competitors pour over the race line, some in their boats some out, but all with a seemingly epic story of their journey from top to bottom. Even some of the best racers ended up owing a booty beer in the end. Race day wraps up with a mellow event at Mt. Man Outdoor Supply Co. in Old Forge. Afterwards, paddlers disperse into the small town with a warm feel, an 18-hole NUTTY PUTTY mini-golf course, a ski hill in the background, and deer that are so domesticated they eat out of your hand. What more could you ask for? 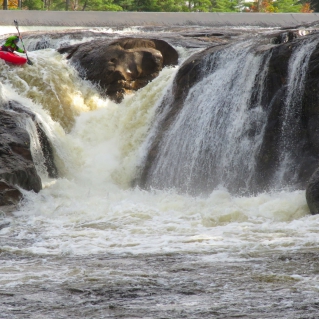 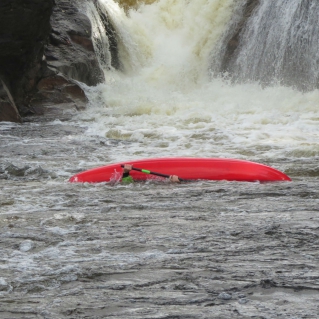 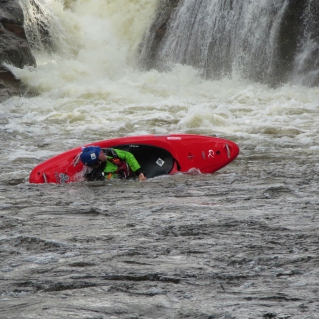 Genevieve Royer of Quebec and Ian Van Wingert took the top spots for the 2017 Female & Male Moose race classes. After having a few bobbles on the Moose race course, Pro-kayaker Erin Savage’s previous wins at the Beaver Fest weren’t enough to put her in the lead for the overall points. Genevieve tied for the Queen of New York crown with Savage, and Liquid Logic boat designer, Pat Keller, took home the win for the overall KONY series. What will next year bring? Tune in to find out and check out this year’s results on the Whitewater King of New York website. As I’m writing this, I’m thinking I might just have to figure out this ‘long-boat thing’ and compete in the whole shebang…maybe not though. Ask me in eight months. 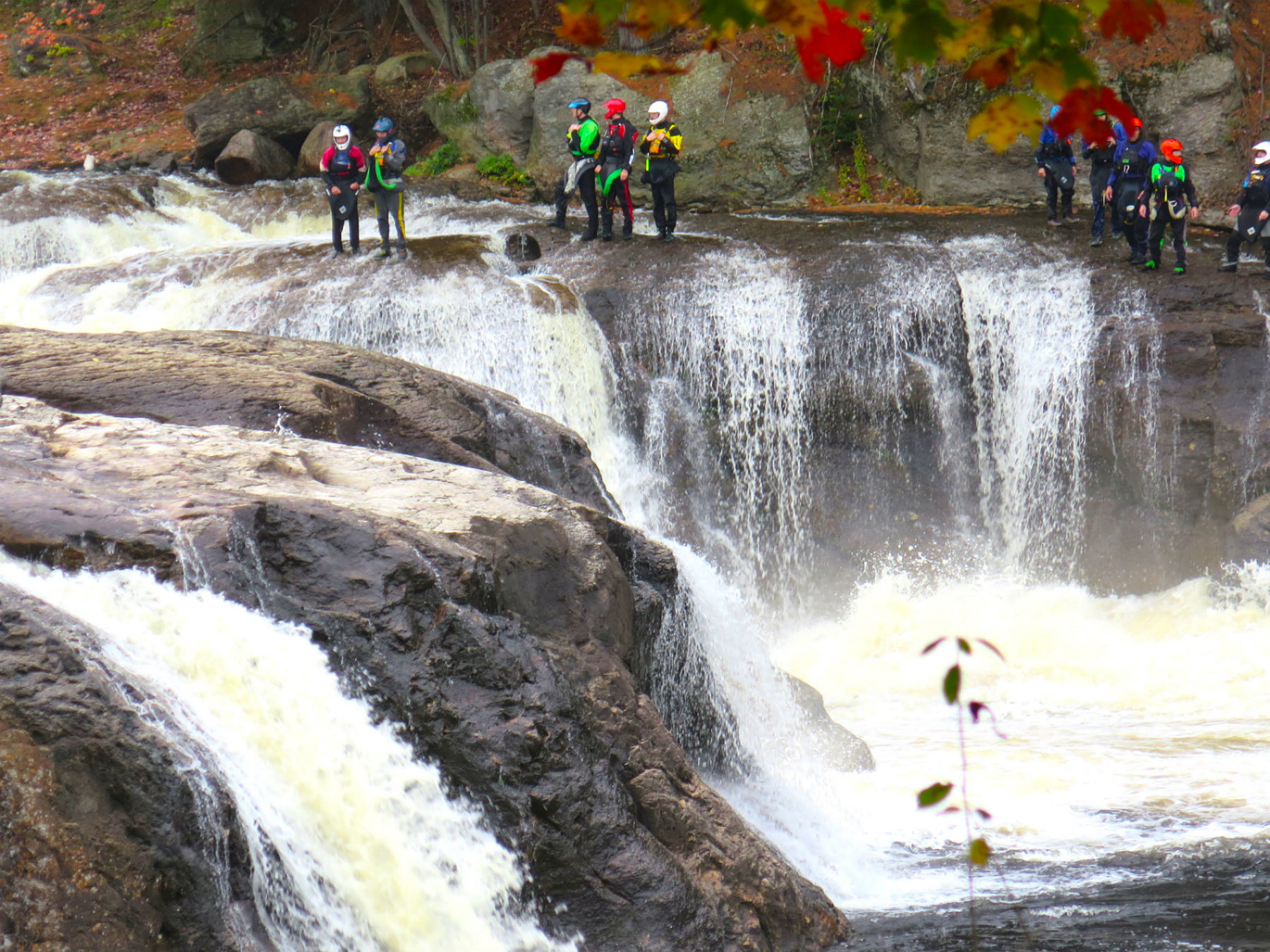