Seafaring Superstitions for the River Runner

In 1965, the Righteous Brothers reminded everyone that “lonely rivers flow to the sea,” and then they repeated it for good measure “to the sea,” and then one more time to really make it sink in, “to the open arms of the sea.” In case you missed the implication—rivers “touch” the sea, which, consequently, means that superstitions of the sea also apply to rivers (with the notable exception of the Colorado River, which doesn’t really touch the sea).

Having worked as a commercial fisherman before taking up rafting, I’m appalled by the flippant way river runners treat seafaring superstition. I’ve asked myself if this disregard is a matter of not knowing or not caring? And I’ve decided to believe that ignorance rather than apathy is to blame. So, with the help of Internet plagiarism, my friends at Mountain Buzz, and my own weird beliefs, I’m posting the Top 14 Sea/River Superstitions you should abide. 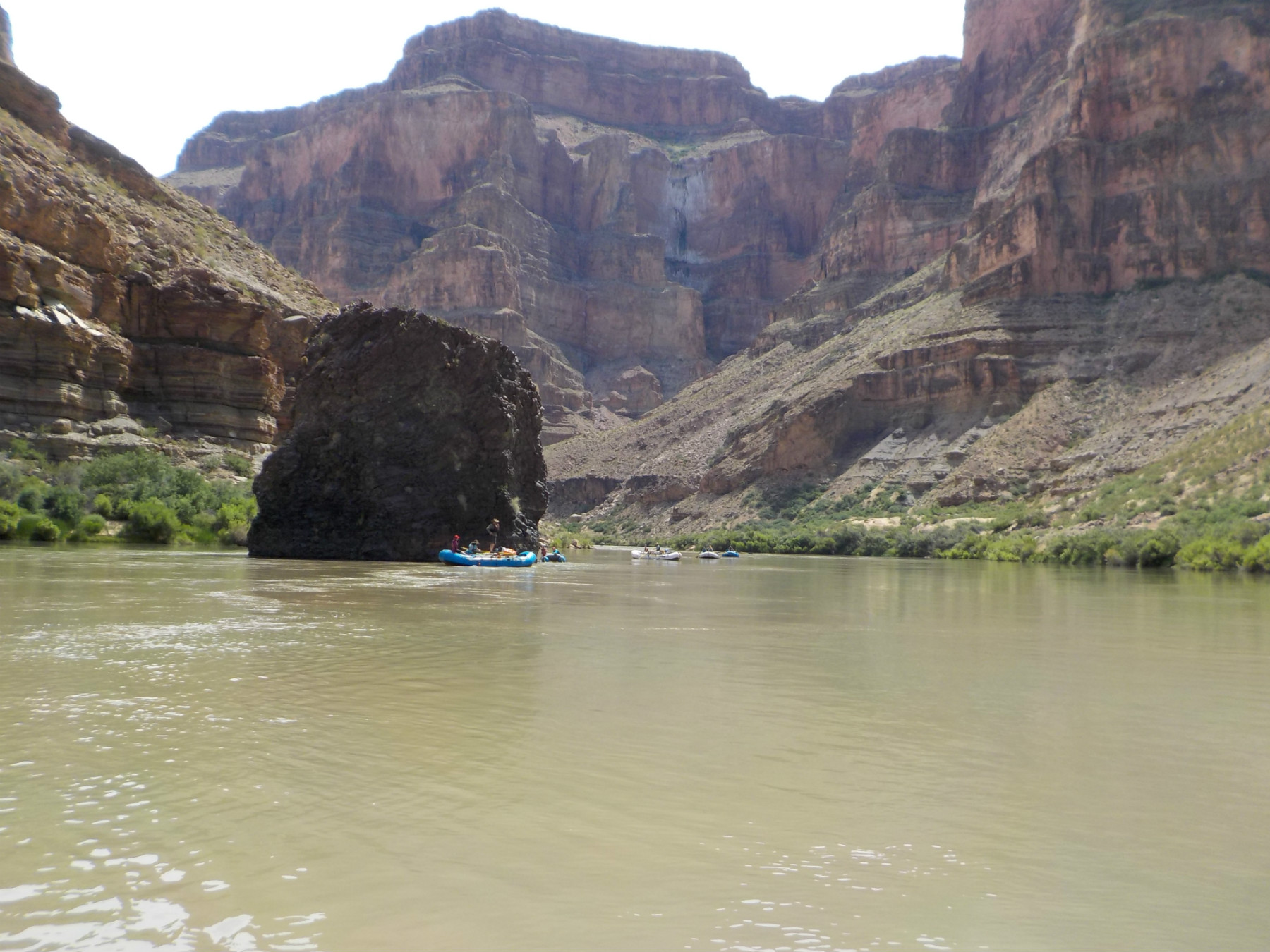 1. Name your boat. It’s bad luck to float an unnamed boat. I’ve heard of people who never name their raft until they flip it. To which I would reply, see the first part of rule number one. Please note, there are also a few rules for naming your boat: never name your boat after someone who might be a passenger on your boat. Unless, of course, you have a large insurance policy out on them.

Also, never rename your boat. If you absolutely must rename your boat, for instance, because you violated the above and named it after your girlfriend/boyfriend, there are a set of rituals you can follow but they are sketchy, dangerous, and involve wasting expensive booze. Best to avoid this.

2. Give the first sip of beer, whiskey, or whatever to the river or the sea before you launch. I’ve heard an alternative to this superstition, which involves saving one beer from a previous trip and drinking it as the first beer on the next trip—so as to connect it all. Cute ritual, but unlikely on so many levels—actually keeping up with said beer, not mistakenly drinking said beer on a ‘rainy day,’ being sure to plan the next river trip soon enough that said beer isn’t skunked, etc. etc. 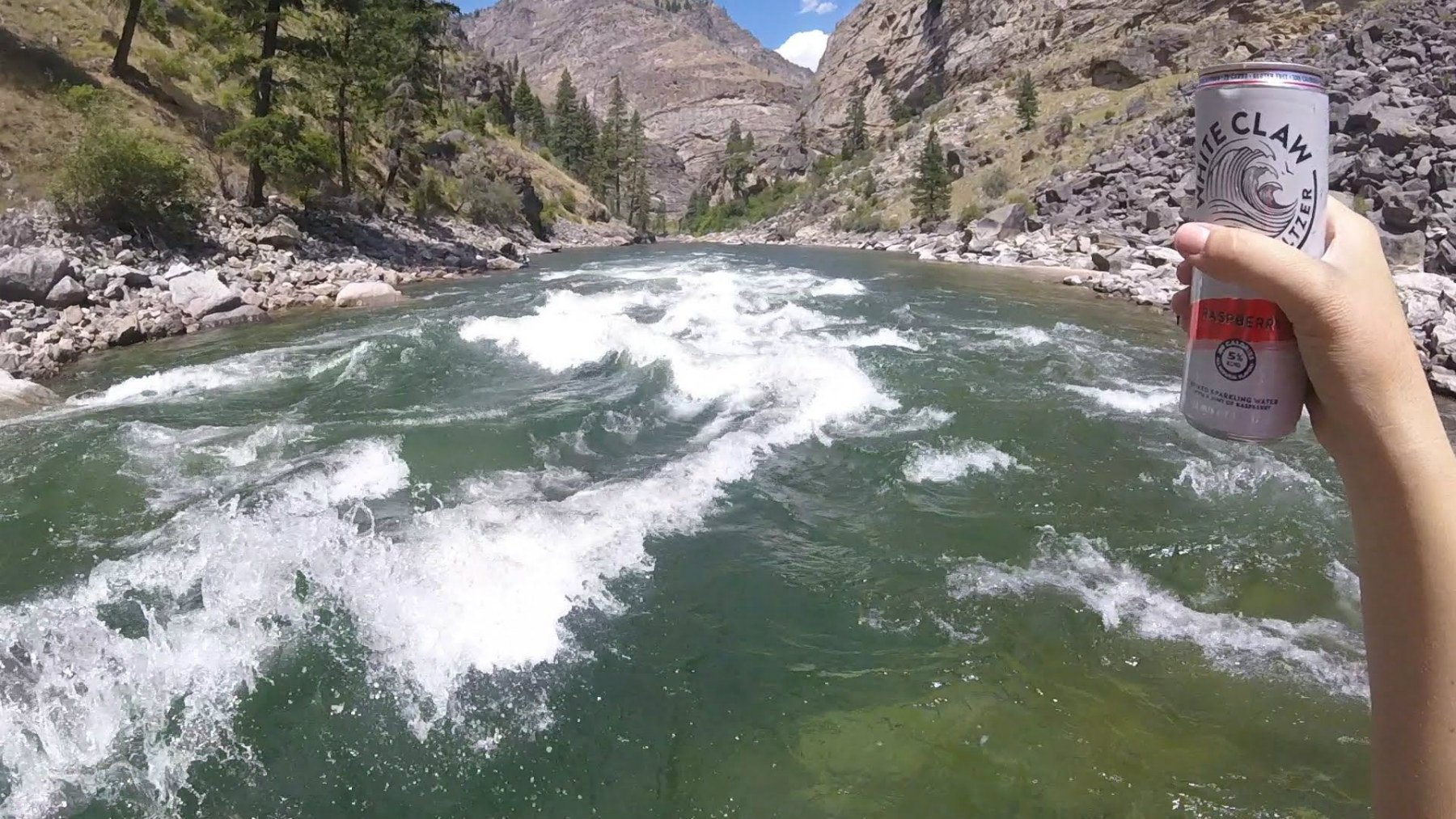 4. Some people say that a twisted strap will cause a twisted run. To avoid bad luck, don’t boat with people who say or believe this.

5. Don’t allow bananas on your boat—not ever. This summer I boated with some people on the Middle Fork of the Salmon who ignored this superstition and, in fact, laughed at it. Their boat flipped before the rapid. Not so funny now. 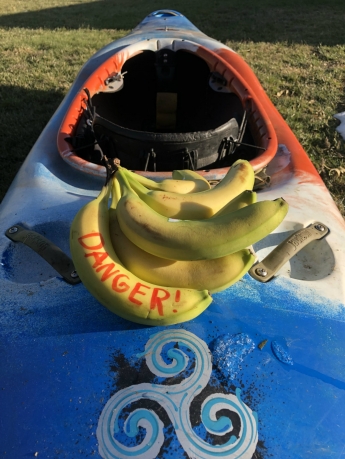 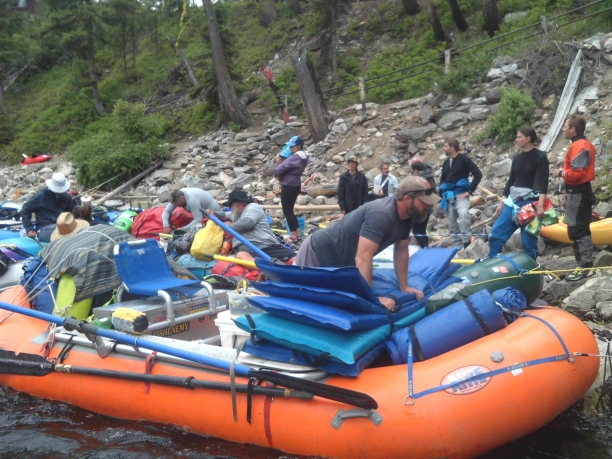 6. We all love new river gear, but so does the river. If you have a new PFD, you might as well jump in the water before you launch because a swim is likely in your future, so just get it over with. Another option is to let a friend or family member wear or use the gear first—after all, no one swims like family.

7. Trailer your boat frontside forward. If you don’t, it will get used to traveling backward, and then you will need to get used to traveling backwards while running rapids. As a variation of the superstition, some people believe you should trailer your boat bow forward to the launch to look forward to the coming trip, and stern forward from the takeout so your boat can look back on the trip. 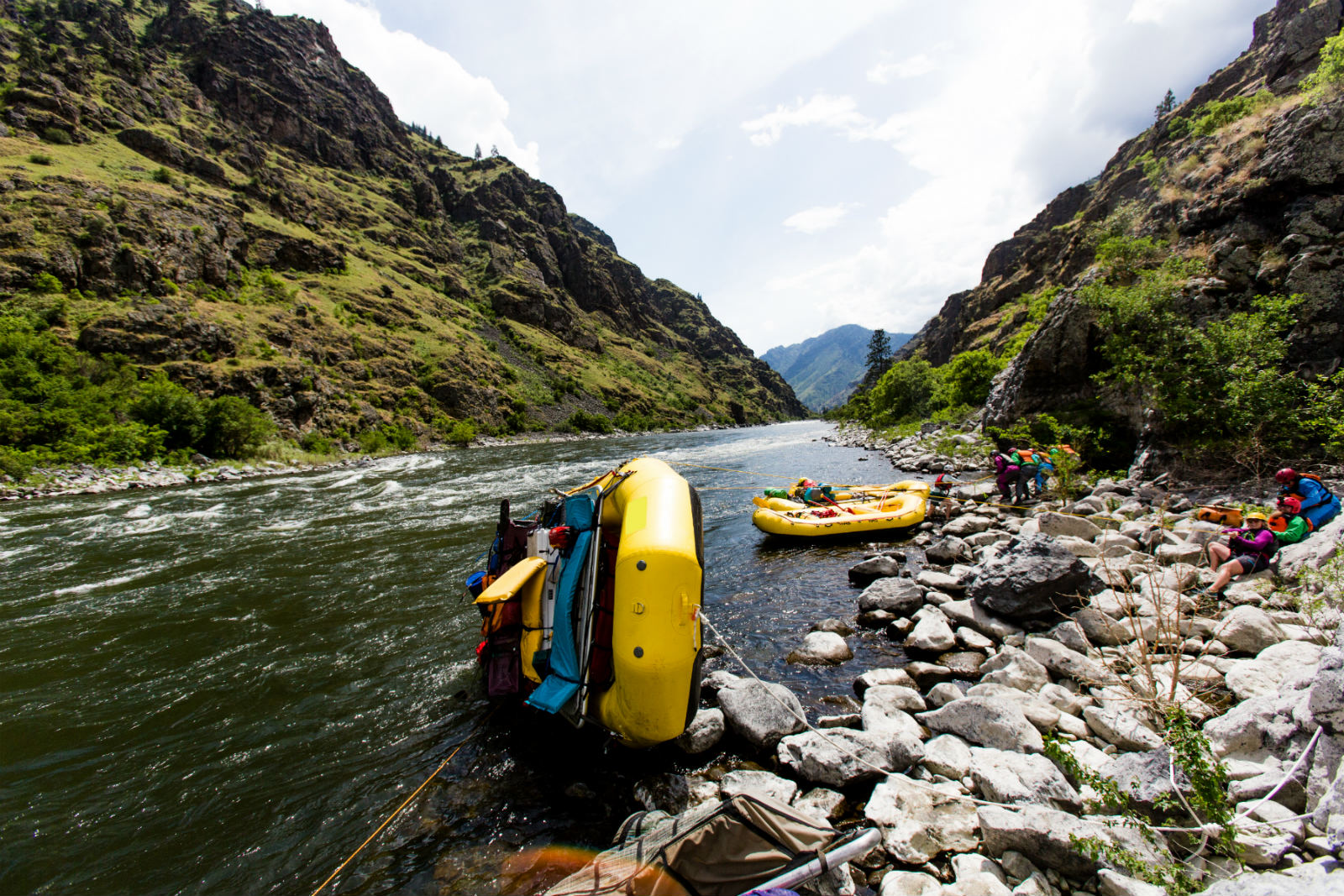 8. Clean boats, clean lines. I’ve also heard ‘Clean teeth, clean lines’ so don’t forget your floss. And then there’s the ritualistic actions that are unique to specific rapids, such as the superstition that applies to Lava Falls on the Colorado—painted toenails and touching Vulcan’s anvil are thought to be talismanic, and likely to protect you from a bad run.

Additionally, kiss Tiger Wall on the Yampa River before running Warm Springs Rapid. Wear your blossom shirt through Blossom Bar Rapid on the Rogue River. And remember, don’t scout too long. The amount of time that you unnecessarily stare at any rapid while scouting is proportional to the amount of time it is going to trash you. 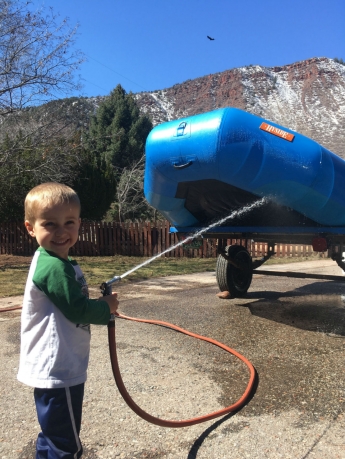 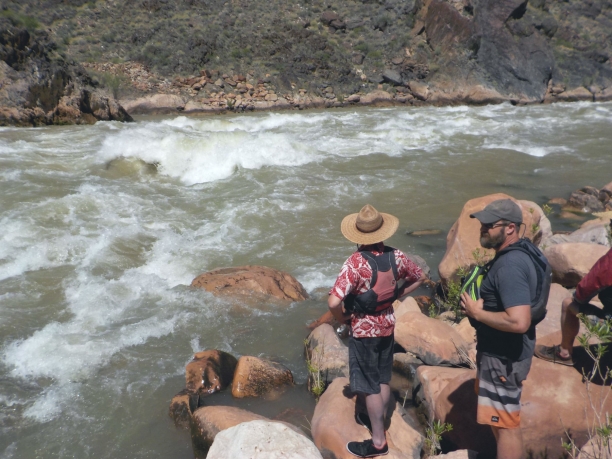 9. Early sailors were both religious and superstitions. They wouldn’t sail on Thursdays, Fridays, the first Monday in April or the second Monday in August because of the religious significance of these days in early Christianity. The rafting equivalent: don’t apply for a launch permit on these days. No really. Don’t.

10. Nobody believes me on this one, but small black oblong rocks, the kind common on river banks—and you know, the ones you love to skip across the water—have dark and powerful magic. Don’t pick them up. Don’t skip them.

11. If a redhead talks to you before you launch, it’s bad luck. But if you speak to them before they speak to you it’s fine. This superstition is probably just the seafaring extension of the general persecution of gingers. I don’t know why. Nobody does. And I’m actually kind of sorry for perpetuating it. But…I’m just trying to be thorough.

12. Unless you want to wind up like the Ancient Mariner and forever float featureless flatwater of some horrible ocean or river, for God’s sake don’t kill an albatross! 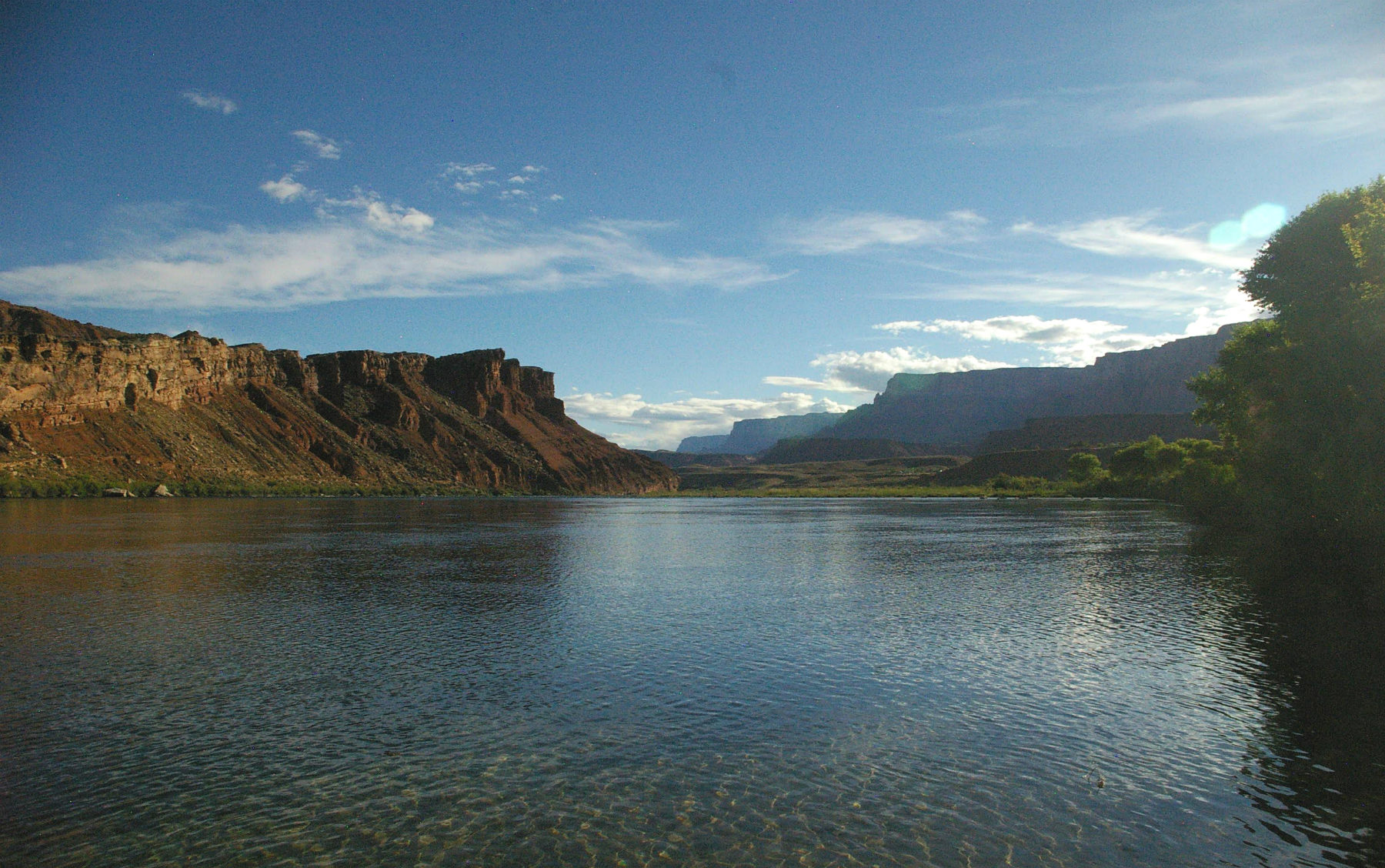 13. River Karma is real. On a Grand Canyon trip this summer I picked up some micro-trash in camp. Later that day, I found an unopened Bud Pounder floating in an eddy below a rapid. Coincidence? Not at all. Remember, the River God’s are always watching.
14. Never end a list of superstitions on #13.