Paddling Pakistan: Peace and Rapids in the Land of Giants

We’ve all heard the lore and legends of the Indus River for years. But I’d never considered it possible to just pack my bags and go to Pakistan…

Tucked between the Karakoram and Himalayan Mountains flows the Indus River. Monstrously powerful, it cuts a deep ravine through this land of giants. But the twenty thousand foot peaks looming high into the sky tend to dwarf its hammering waters.

The steepest section of the Indus, the Rondu Gorge, begins in Skardu. It flows south for 140 kilometers to the confluence of the Gilgit River. This is the section that initially drew our group to Pakistan. 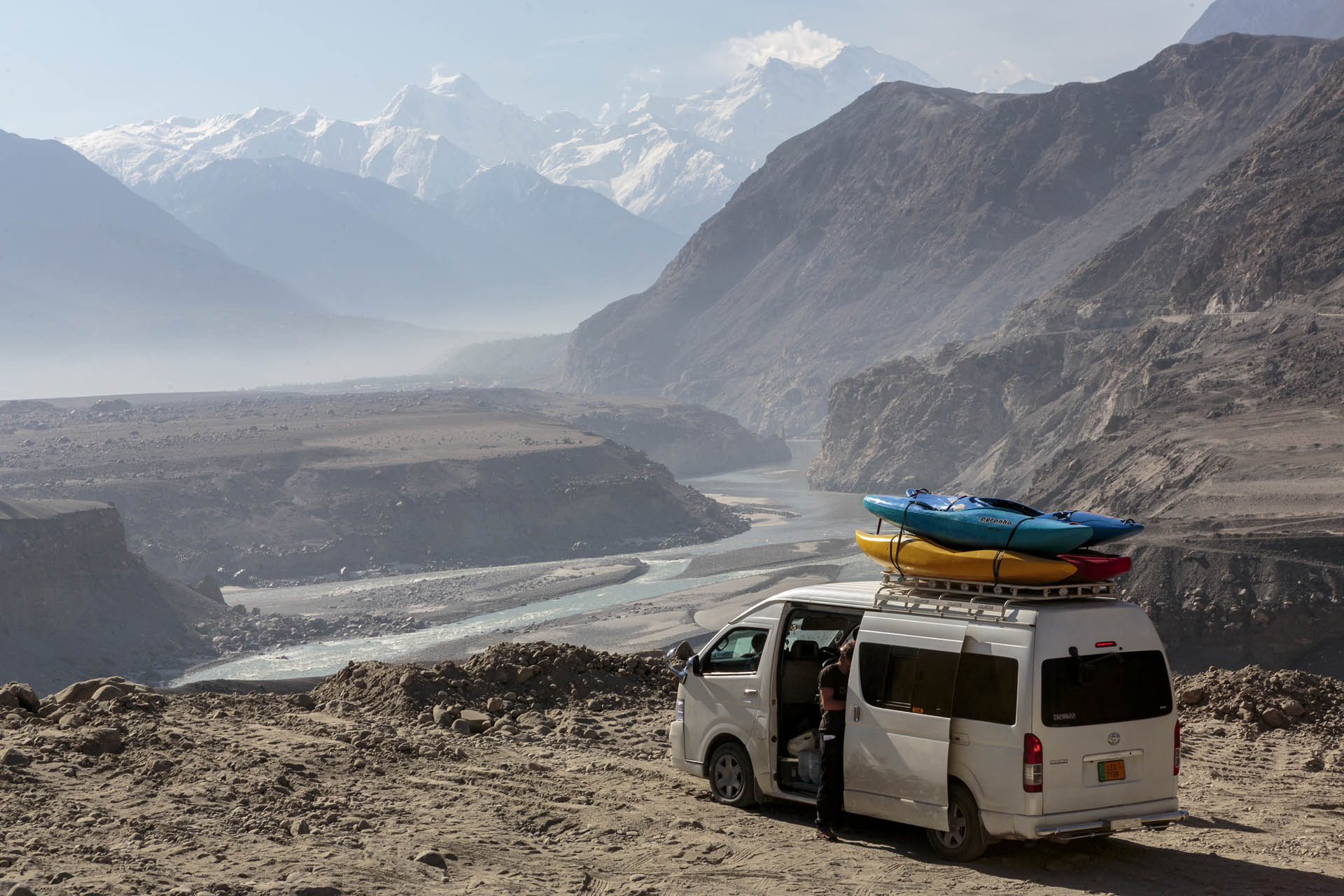 Despite its remoteness, the Rondu Gorge has intrigued whitewater enthusiasts for over 60 years. In 1956, “Bus” Hatch brought rafts to the Indus as part of a cinema film called Search for Paradise. Accounts of the earliest kayaking expeditions in the Rondu Gorge date back as far as the early 1970s. One legend claims an Austrian doctor named Raymond Margreiter led a kayaking trip to the Indus. Yet, there’s no record of just how much of the gorge they completed. That same story claims a first descent on the Astor River, a neighboring tributary to the Indus.

Because of the almost mystical quality of its history, I ended up digging deep into Rondu Gorge research. The first documented kayaking trip I could find was in the late 1980s. John Yorst and Yvon Chounard document this trip in a book called First Descents: In Search of Wild Rivers edited by Richard Bangs. In 1991, Gerry Moffett, Dave Manby, Mick Hopkinsin, Mike Hewlett, Guy Baker and Marcus Scmidt were featured paddlers in a Nat Geo special called “Taming the Lion,” in which they navigated over half of the Rondu Gorge. A handful of missions took place throughout the following decade with varying outcomes and documentation. 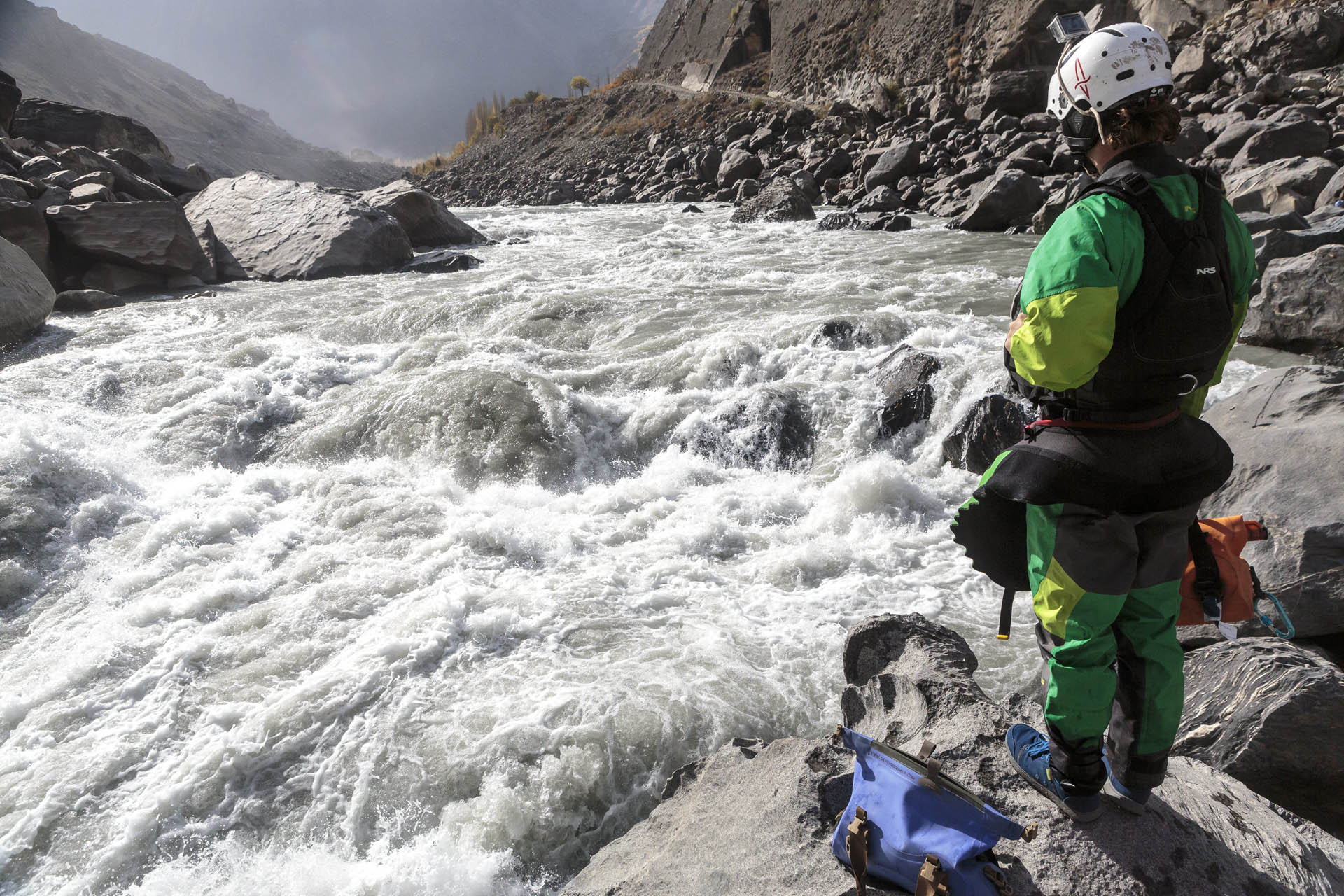 Olaf Obsommer led a nearly complete expedition in 2007. In 2008, two of the most successful missions to date were completed. The first happened in the spring by Ron Fisher, Bernhard Mauracher, Peter Fink, and Bernhard Steidl. Within that same year, a team of paddlers including Ben Stookesberry, Rafa Ortiz, Darin McQuoid, Phil Boyer and Chris Korbulic launched a fall trip. Both of those expeditions ended with paddlers charging nearly every rapid, portaging only a few, of which would have to be conquered on another trip. But the Rondu Gorge wouldn’t welcome another paddler for eight years.

Why such a big gap? After 9/11, tourism almost all but disappeared in Pakistan. Most tourism companies closed. The U.S. issued a travel ban, advising citizens against traveling to Pakistan. To feed the fear, stories of political unrest flooded the media, including the story of ten international climbers who were shot and killed, along with their guide, in 2013 at the base of Nanga Parbat. The Taliban claimed the tragedy in response to a U.S. drone strike.

Fast forward five years, with warnings but no actual travel ban, and a somewhat stable political situation, September 2018 seemed like the perfect time for our crew to take a chance at making a Pakistan trip a reality. To my mother’s dismay, I purchased my tickets. In general, the only positive beta I had on Pakistan had come from people who had traveled there before. Everyone else questioned my decision with negative warnings. Needless to say, I was very curious to find out what awaited my arrival. 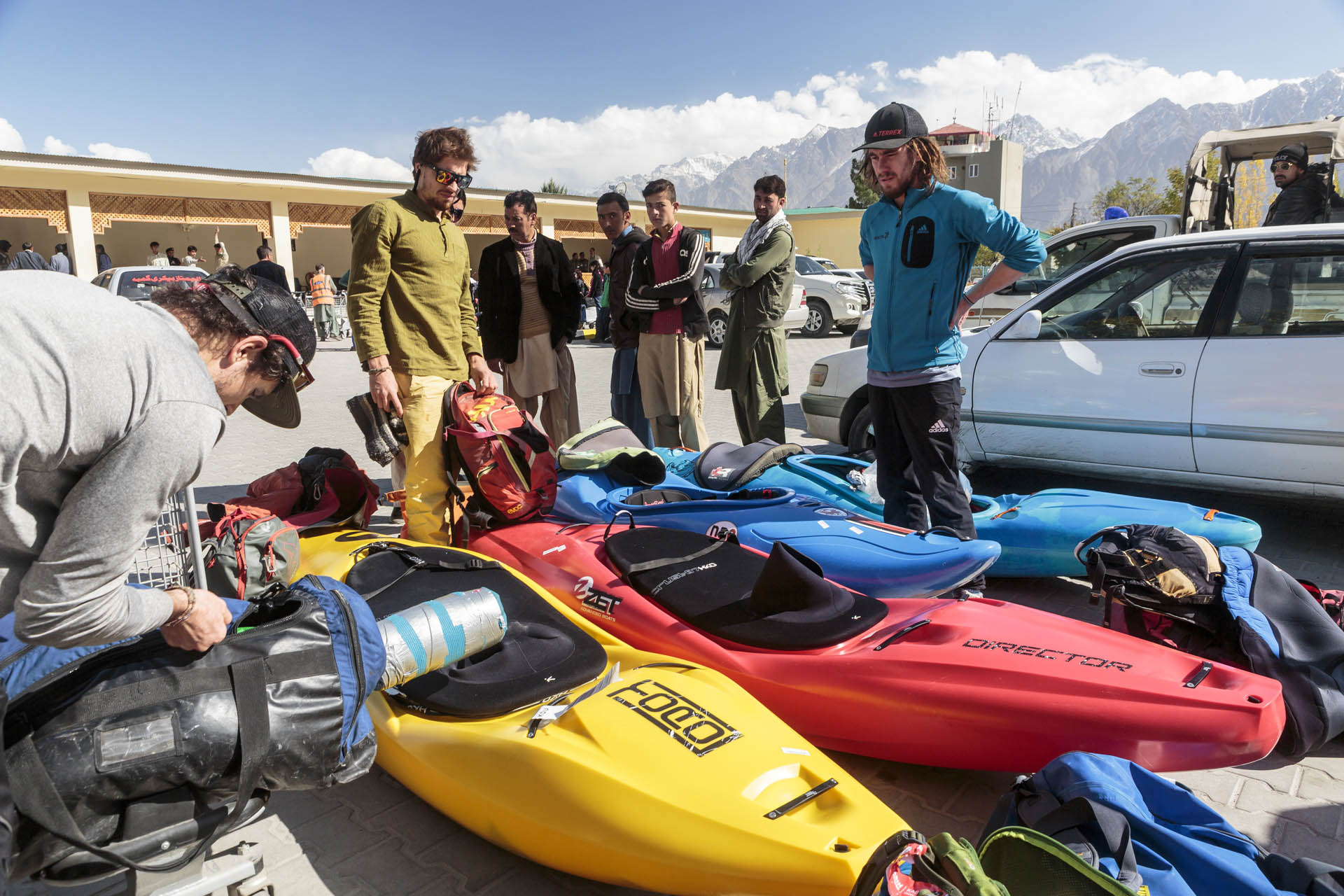 Organized chaos is the best way to describe the streets of Islamabad as Will Grub, Will Griffith and I fought our way through hundreds of people to meet our tour guide Ali. As we waited for the fourth kayaker, Sven, the locals couldn’t mask their curiosity for these three western-looking men with large plastic boats. But kindness seeped from their curiosity, a kindness my other global travels have yet to match. People were more than interested in our kayaks and even ecstatic about the fact that many of us were from America.

Islamabad was a swarm. The four of us began our two-day journey to Gilgit driving along the lower section of the Indus. By the time I put my head on the pillow at our first hotel, the hospitality and kindness the locals had shown me blew me away. From what I had experienced, the Pakistani people didn’t have much, however, there was very little difference between the rich and poor. Everyone seemed to be dressed well down to the street beggars and ate nothing but steaming curry dishes.

The war-torn image of a Pakistan portrayed by U.S. news was quickly turning into a utopia. 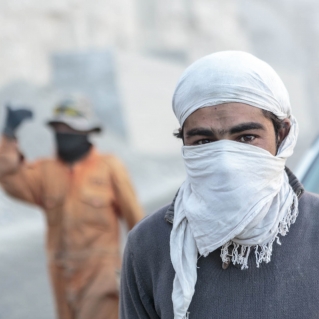 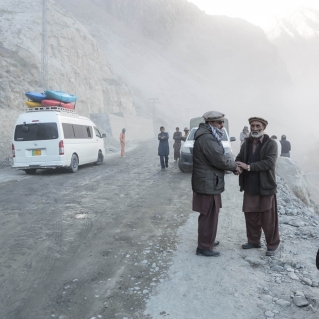 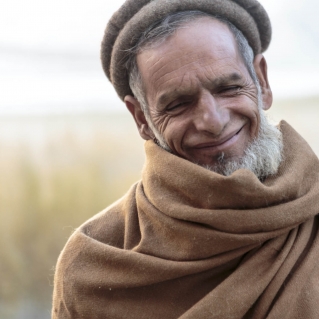 Pakistan is mostly desert even in the high mountains. Despite the lack of precipitation, as you drive north from Islamabad into the mountains, rivers spring up from every direction as the 8000-meter mountains drain their glacial melt. Pakistan shares the three tallest mountain ranges in the world. The Himalayan, Karakoram, and Hindu Kush mountains fittingly converge directly at the takeout of the Indus River.

This was our location after two days of winding roads and curry farts. The lower section of the Indus is gorgeous. Hundreds of miles of big water class IV with small villages popping up on either side. All of which is scheduled to be dammed a short distance below the takeout of the Rondu Gorge. 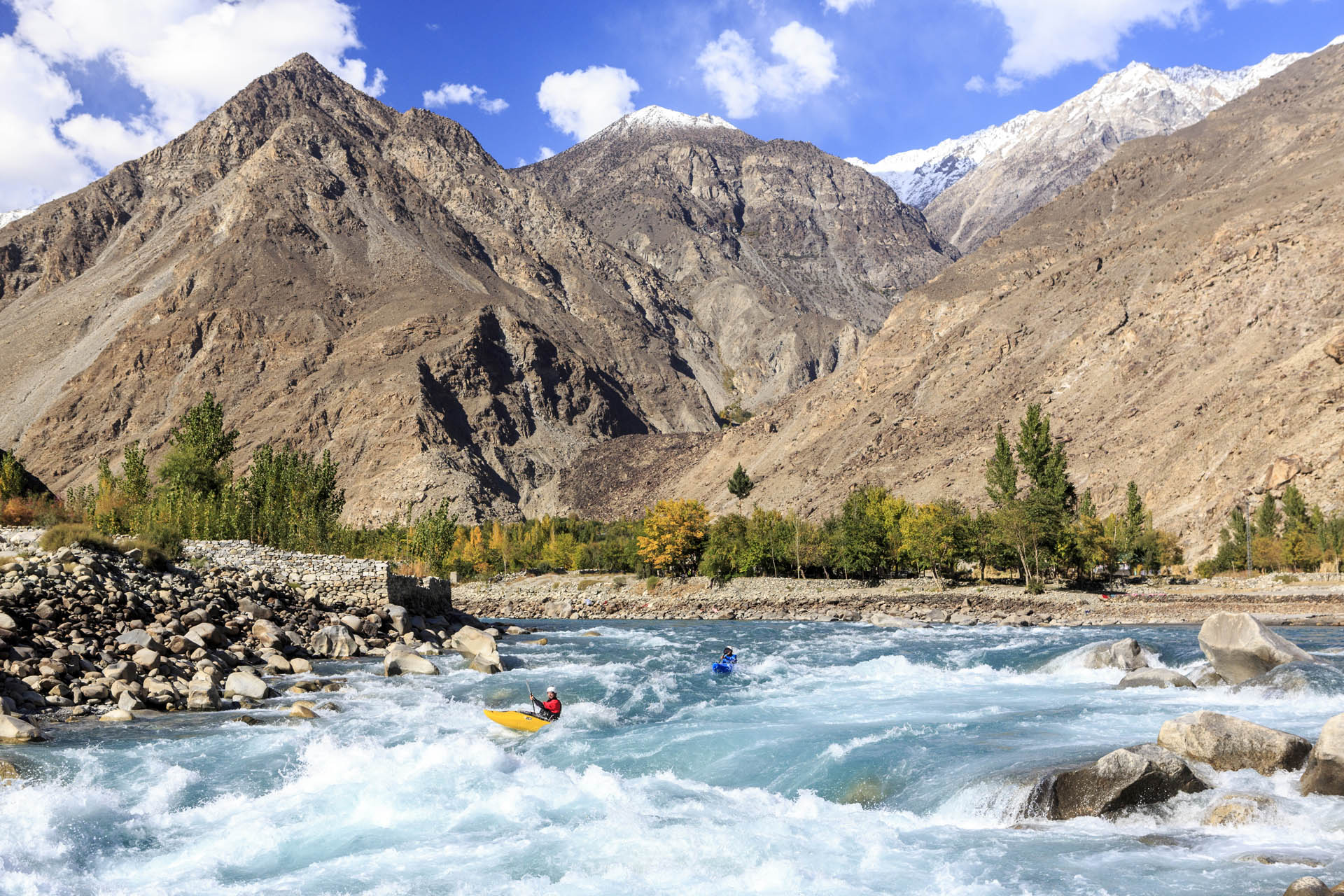 Continuing north to the put in, we arrived in Gilgit where we established our base, then ran the Hunza and Gilgit rivers. Both were really good. The Hunza, especially, reminded me of kayaking in the High Sierra mountains with steep boulder gardens featuring round granite rocks. Many of the locals spoke a small to moderate amount of English; we enjoyed hanging out and having conversations with them, learning about their customs and religion.

They taught us how they practice community policing, dealing with crime by community discussion instead of a court case. We learned how your energy goes up through your body and releases at the highest point. And how in the Islamic faith, they pray five times a day, and in prayer, it’s customary to drop your head below your heart. They believe this makes your energy channel through your heart and not your head. 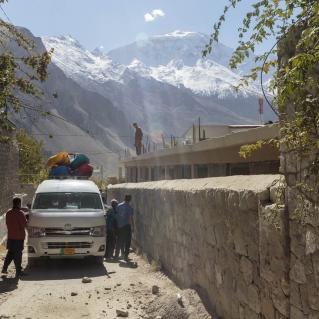 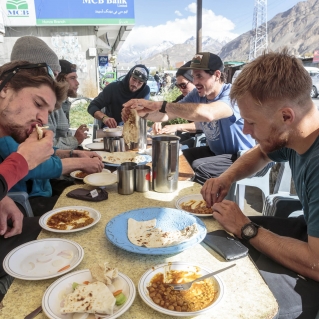 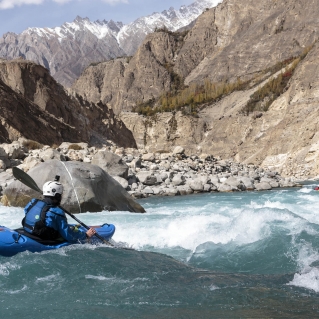 Leaving Gilgit behind, we drove along the Rondu Gorge, finally getting eyes on the massive rapids we would soon paddle. But first we continued past the town of Skardu to the Braldu River, which out-flows the glacial melt from the legendary K2. A long day of bumpy driving in Land Cruisers along the same road that accesses Pakistan’s four 8000 meter peaks. Waiting for permits one day, local kids took us on a bouldering journey where they showed off their apt climbing skills rocking leather sandals.

Thousand-foot cliff walls pierced the water on the Braldu River, which may be the most beautiful river I have ever paddled. Sheer granite faces and dropping through cracks in the earth, I can’t say there is much else like it. 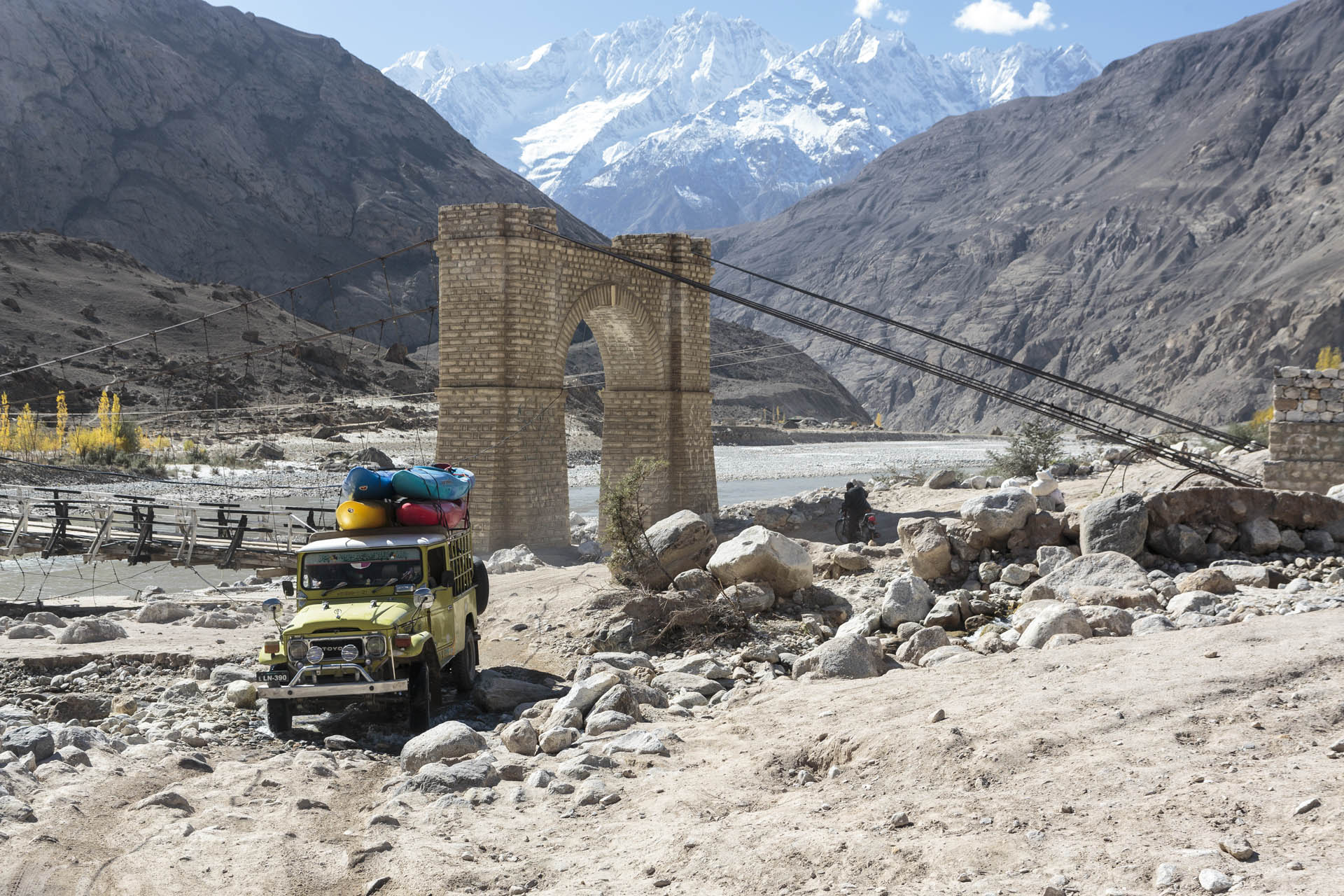 Returning to Skardu, we spent a couple of days preparing for the Indus. Putting on the Indus was the scariest part of the trip. We use a lot of the same superlatives to describe the rivers we paddle: biggest, scariest, hardest. And often, the image we have built is not like the real thing. The Indus surpassed all imagination and if I were to throw around some words about the Indus it would simply be badass.

It’s the most incredible big water run dropped in a land of equally spectacular beauty. And in my opinion, although it’s freakin’ stout—and not for the faint of heart—the Indus is all fun. If you swim, there’s enough water to blow you through most of the holes, and portaging was always an option if you weren’t up to test your rubber. From the word go, the Indus was full throttle! Within ten minutes on the river, we faced one of the worst holes I hope to never end up in and from start to finish the section continues in the same fashion. We paddled through gorges that could rival the Grand Canyon. 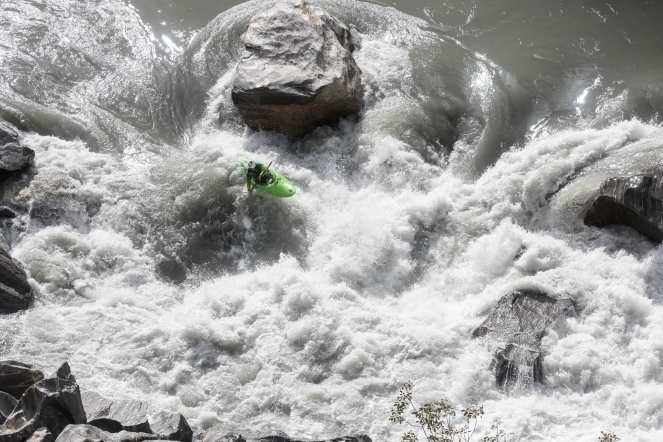 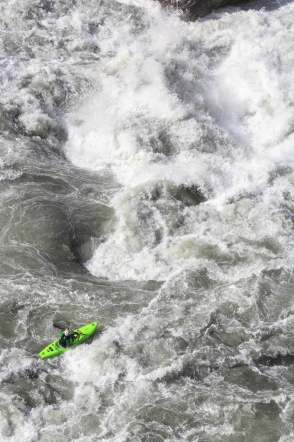 The Indus impressed upon me the knowledge that we must surrender to the waters we paddle because we are far from as powerful as the river. For the next seven days we picked apart a puzzle of giants, greeting every morning with giddy fear. We gained and lost crew members due to sickness but we were able to put the whole run together. Sven Lämmler running the most rapids any one person has on the run with only two portages. Like Pakistan, the Indus offered so much more than ever expected. It’s truly the best whitewater I have paddled in my life. The feeling of joy to simply be alive at the bottom was overpowering. 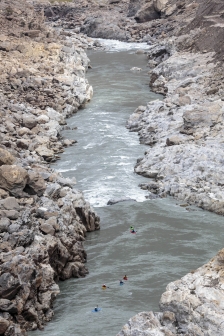 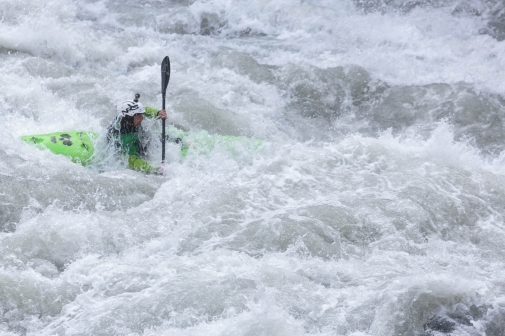 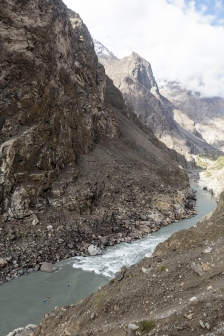 We concluded our journey with a trip to the Astor River, where Pakistani—and American—paddlers go to swim. Hundreds of feet below the road, wedged in a deep canyon lies miles of tight, siphoned-out boulder gardens. It’s much smaller than the Indus but yes, I did take a swim there. 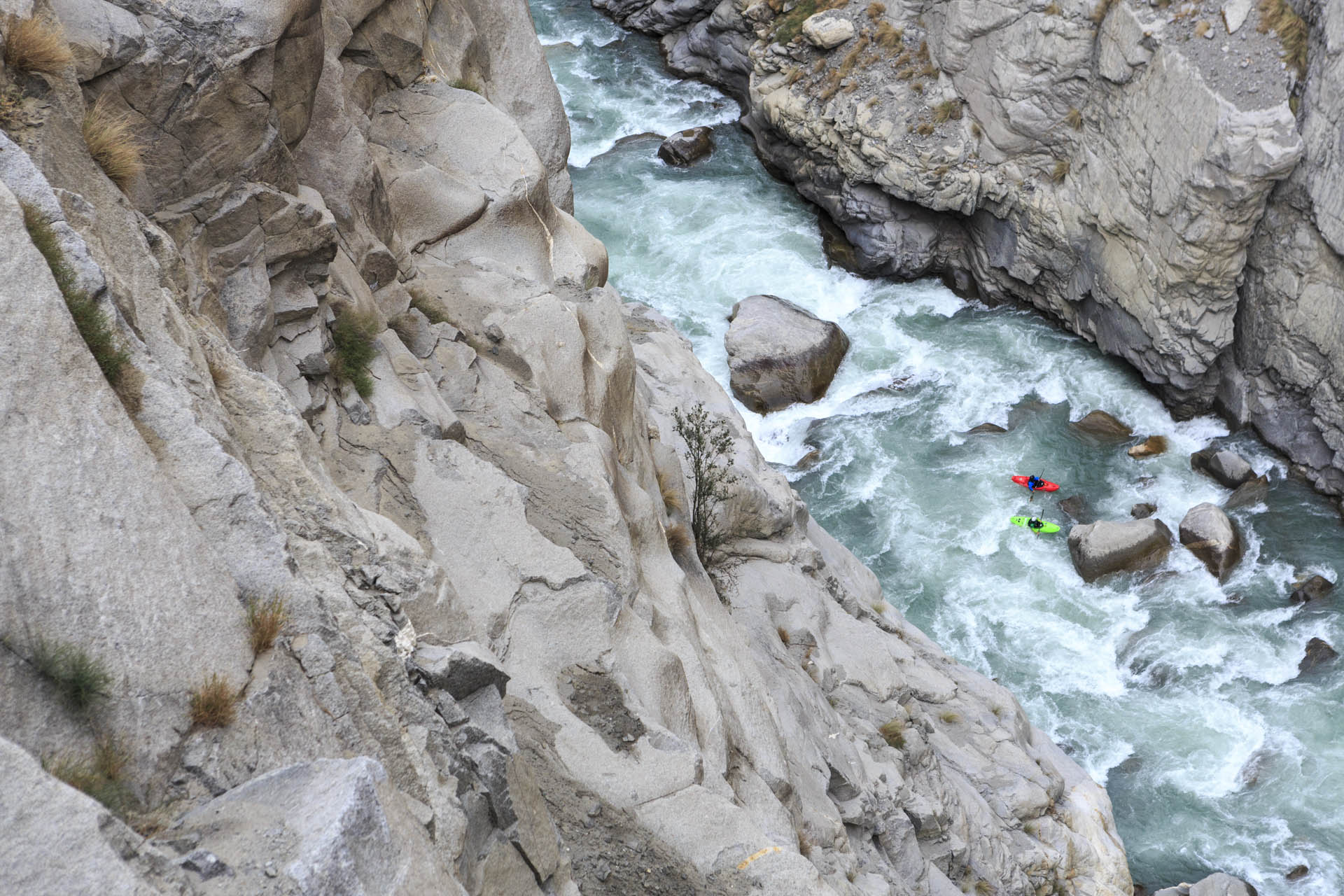 We stayed in the beautiful town of Astore, a picture-perfect Gilgit-Baltistan mountain town. We hiked, watched kids play Cricket, and soaked in the incredible peace that the Pakistani people emanate in their everyday life. A kind of peace that I seldom experience, peace born from an appreciation of what you have and not what you can get. Pakistani people have truly learned to enjoy what they have. The impression that this left upon me is a lesson in trying not to build preconceptions.

Pakistan—the country always linked to terrorism, rated level III warning on the USA travel website (IV is “travel forbidden”)—was one of the most beautiful and peaceful places I have yet visited in my life. The country left me with much more than an amazing river trip, my gratitude for being greeted with open arms in a strange country was truly a blessing. 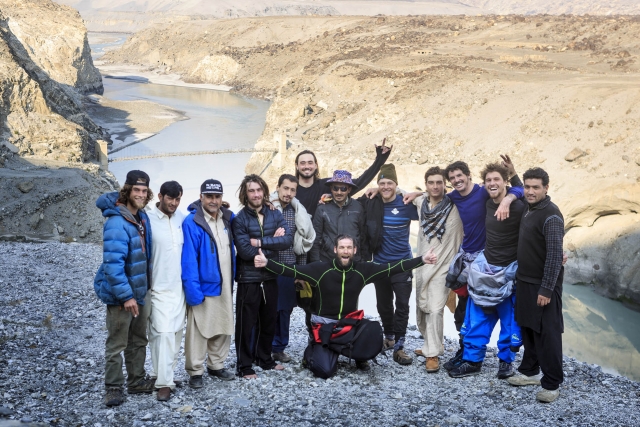 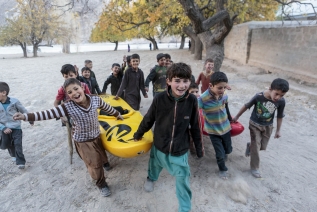 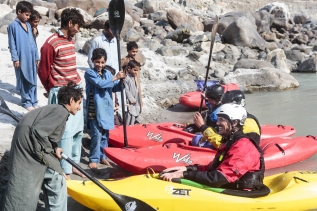