Ode to the Paco Pad

On my first multi-day river trip, the only piece of sleeping gear I brought along was a sleeping bag. I figured since it was an outdoor activity I was supposed to be roughing it, right? Fast forward about a decade and I rarely even bring a sleeping bag anymore—a big fluffy comforter, wool blanket for dewfall, flannel sheets, two pillows, and most importantly: my River Bed sleeping pad replaced it years ago.

I got my River Bed to complete my sleeping ensemble but quickly realized that the flamboyantly turquoise rubbery mattress is one of the most versatile pieces of gear that I own. Whether you have a River Bed, Paco Pad, or some weird off-brand, I’m sure you’ve noticed a few standout qualities. First of all, these things are near indestructible. Second, they float. Third, they’re comfy as heck. Add this all up and there are myriad uses for the Paco, but here I’ve narrowed the list to a handful of my favorites. 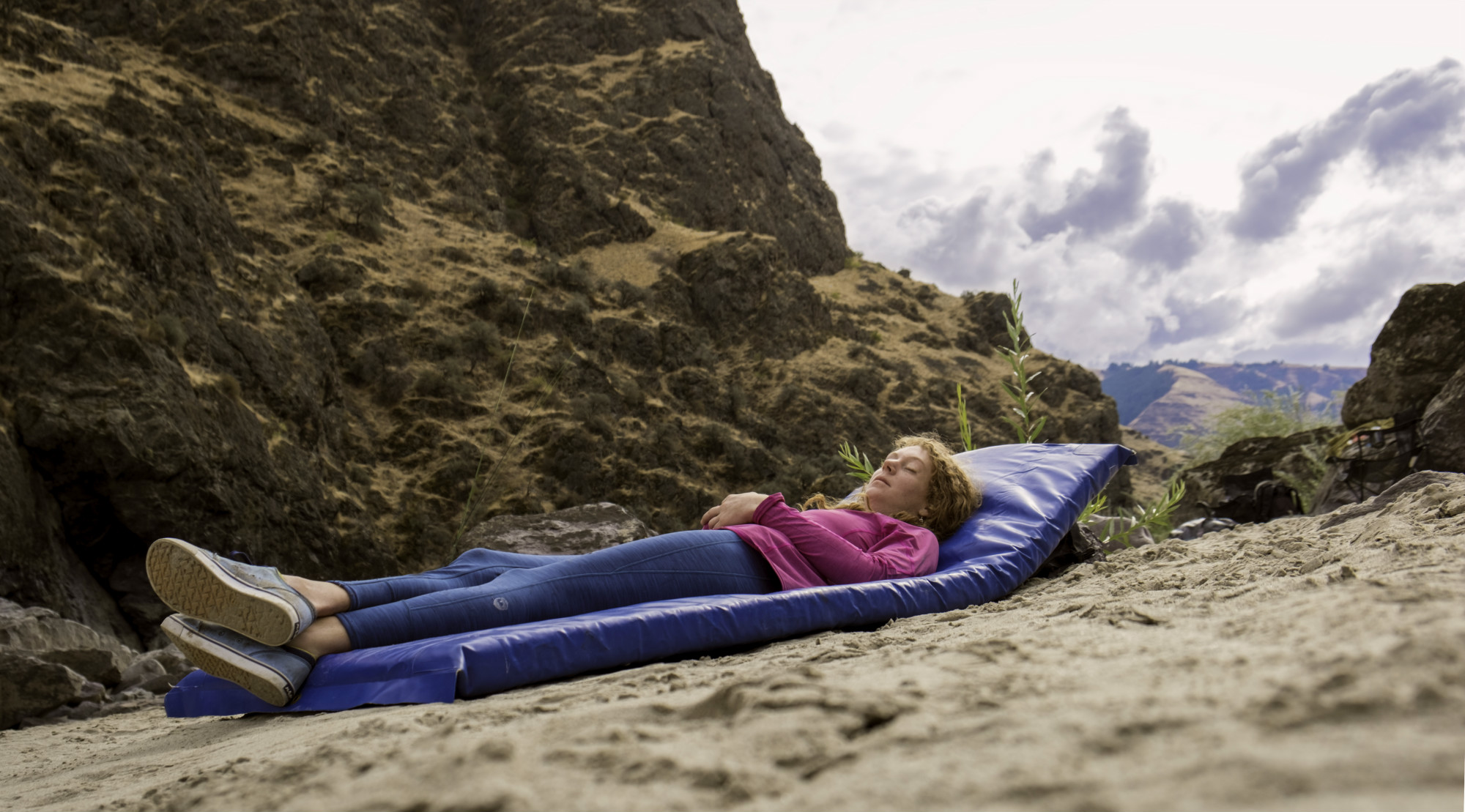 SFD’s (Superfluous Floatation Devices)
I’ve seen Pacos run class IV and style it (eat your heart out Tempurpedic). Not only do they float like an oblong cork, but they’re made out of similar material as most rafts and are entirely watertight. The River Bed even has an over-the-top raft-style valve for inflation. Sure, they don’t track as well as most boats, but that’s not the point. Next time you’re out there on a warm sunny day it’s time to straddle that fluorescent TobaTex™ and polyurethane steed and go for the surf of your life.

If you’re in a more mellow mood, they also make for a phenomenal waterbed. When I feel like escaping the heat at camp, I like to trail the Paco off the back of my raft using the pad’s grommets and a couple of cam straps and use it as a floating lounge chair.

Disclaimer: Make sure that your valve is closed and your pad doesn’t have any holes in it before taking it out on the water, or you’re gonna have a bad time. 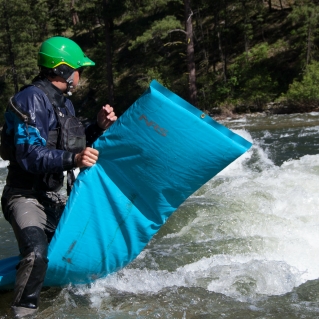 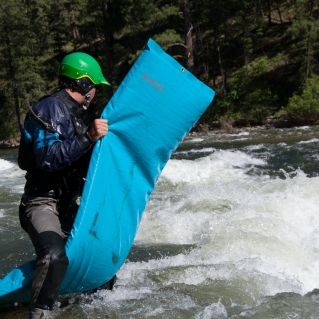 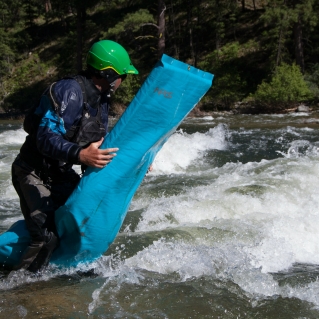 All-Around Rigging Aid
Let’s be honest, the design of the Paco is not oriented around saving space or being ultralight. I have a backpacking pad that rolls up to the size of a beer can, yet my river pad wouldn’t even meet carry-on specs at most airlines. Luckily, when you’re rigging your raft in the morning you almost can’t have enough Pacos to make for a comfortable pack. I like to strap one on top of a river table in the front of the boat to give my passengers some cushion, then roll another up for a backrest. When I’m not rowing they also make excellent sun covers to keep your coolers cool. What’s cooler than being cool? Cocktail ice on the last day of a Grand Canyon trip. 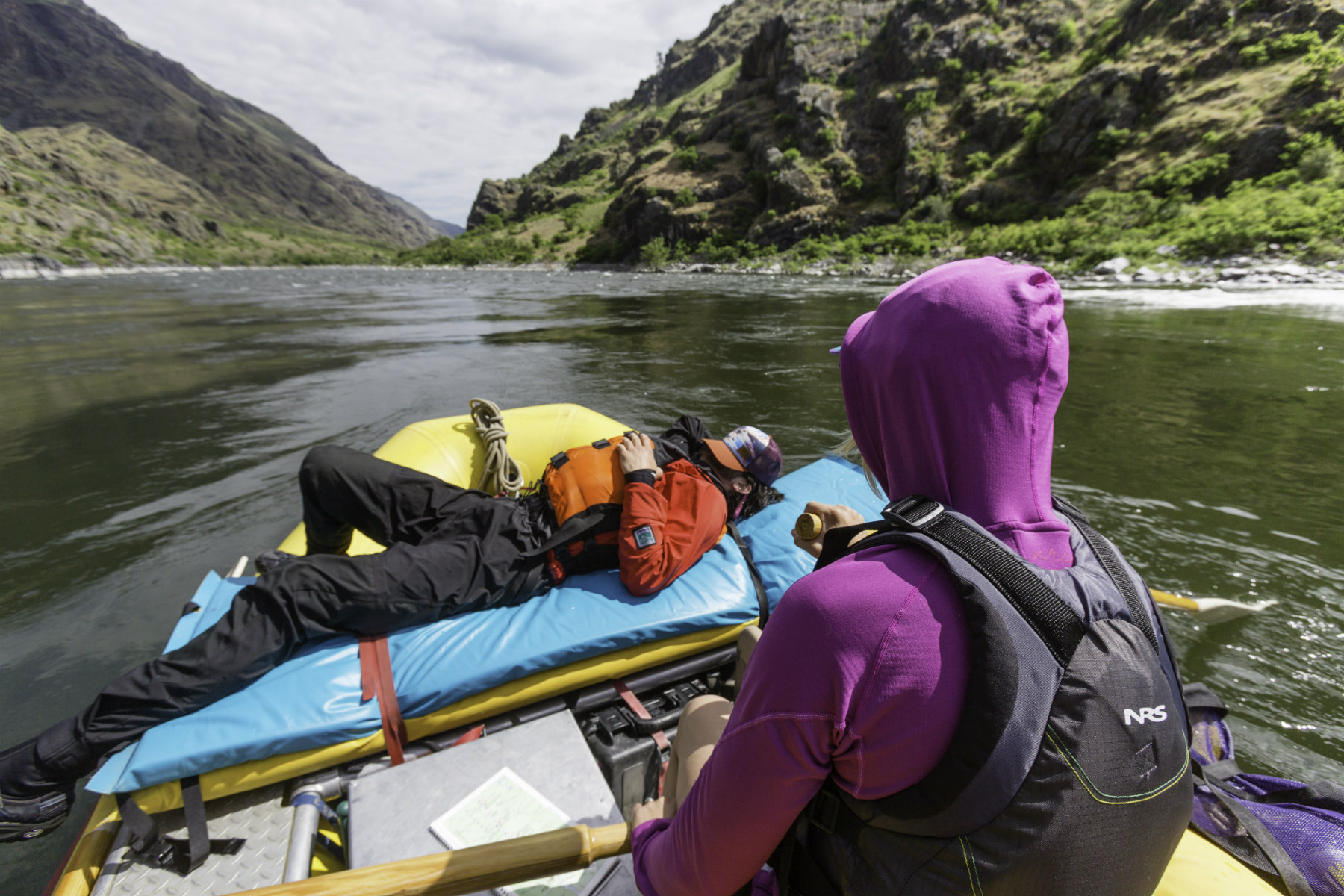 Impromptu Yoga Mat or Foam Roller
I admit that my credibility is suspect here — I can barely touch my toes on a good day — but I’ve seen many boaters more flexible than myself routinely use Pacos as yoga mats and I have even participated in one or two riverside sun salutations myself. Yoga on the river is typically going to take place on rough or rocky surfaces, and traditional yoga mats don’t have the durability or the padding to cut the mustard. Pacos add some protection, stand up to heavy use, and are especially awesome for my favorite yoga pose: the one at the end where you lay down and don’t move for a while.

Rolled up, the Paco can even help you stretch. Nothing makes for a better back cracker, and nothing makes one crave a good back cracking like a day of rowing or paddling. 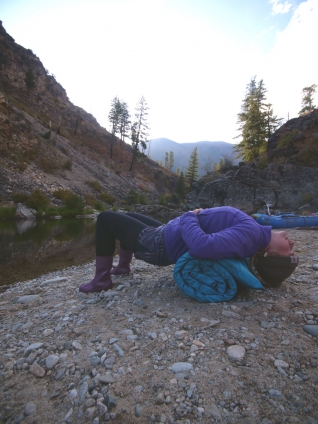 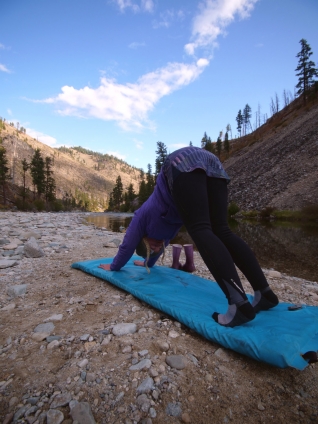 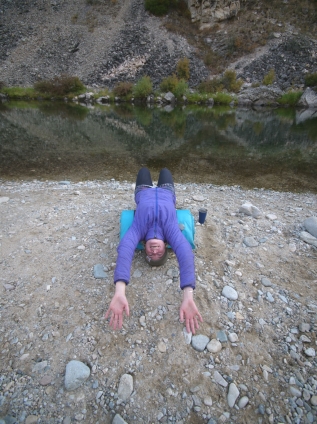 Make Anything a Couch
See that tree over there? With a Paco it can become a couch. That cliff wall? Couch. Boulder garden? Luscious field sprouting with couches. Grab a book, throw that Paco over your shoulder, and find a special corner of camp to make your throne.

If you happen to become a little overzealous in this turn-the-world-into-a-couch mindset and end up with a rip in your pad, I’ve got good news. You should have everything you need to patch that thing in your boat repair kit. If your repair kit falls short, then I recommend not putting any holes in your raft until you get a chance to restock. 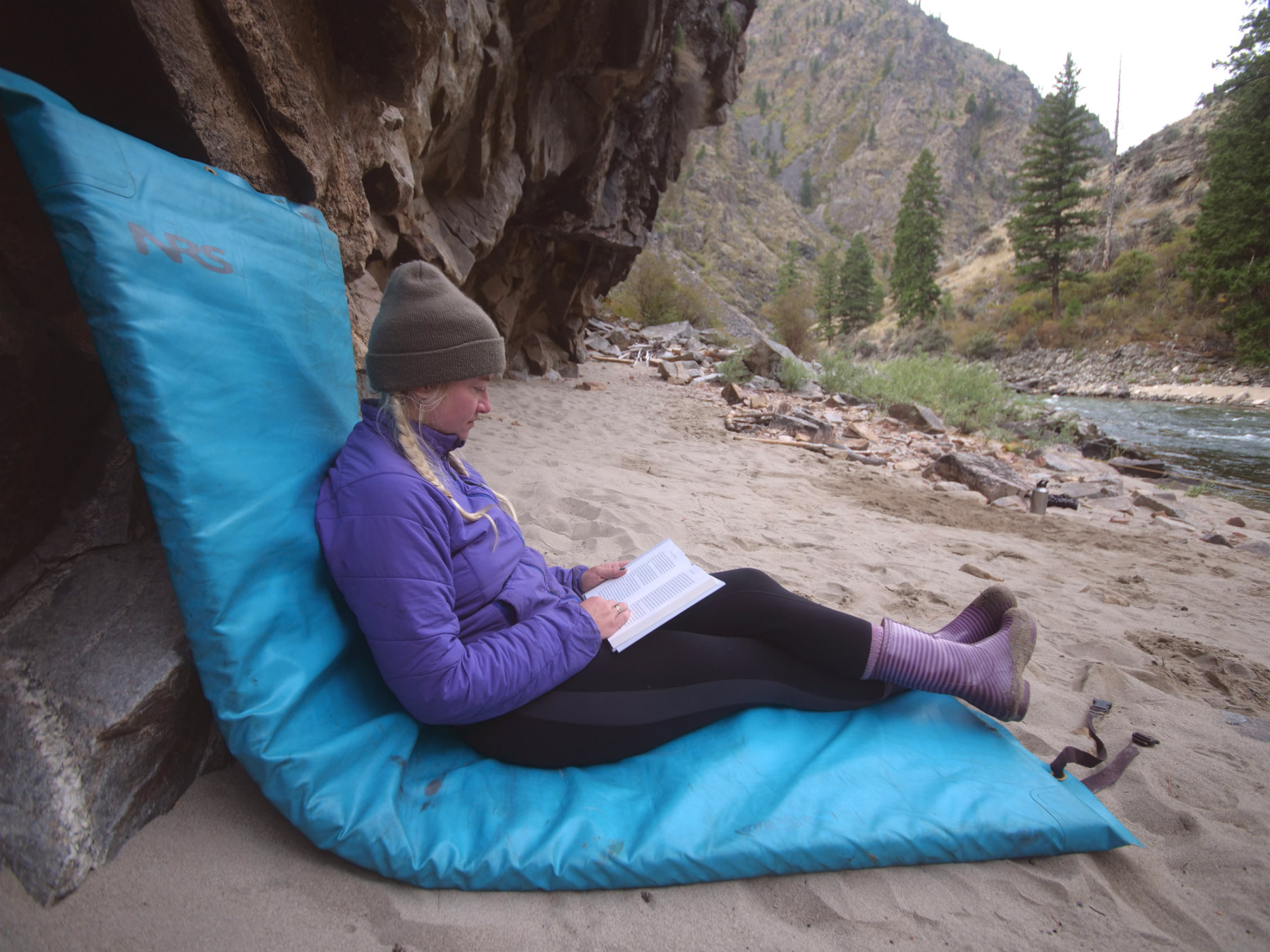 River Games and Boredom Cures
Because of those nifty little grommets at the ends of each River Bed, you can link multiple pads end-to-end in a line which opens up some exciting possibilities. Think slip n’ slide. For this activity you’ll need a string of Pacos, a steep and sandy beach ending in a rockless pool, and a bucket.

I’ve also heard reports of boaters stringing their Paco train across a pool of water and seeing who can run the farthest before eating it, but would never dream of condoning such silly behavior.

On that same note, keep the pads rolled tight and challenge your fellow boaters to a boxing match. Think Suma Wrestling meets jousting meets—maybe you should wear your helmet for this one. (For the record: I don’t get bored on the river.) 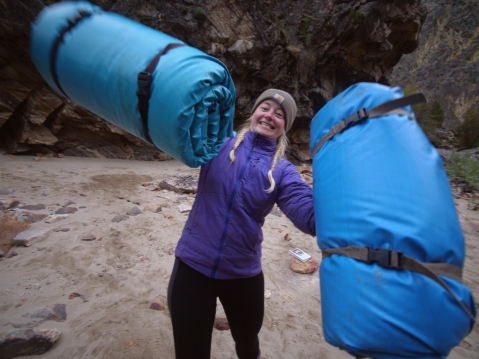 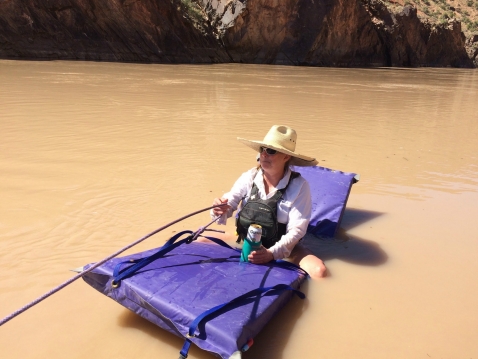 Getting Zs the Right Way
For all the boaters out there still sleeping on a bare Paco and waking up with a spittle caked cheek plastered to the TobaTex, it’s time to get a sheet. If you’re rocking the bachelor/bachelorette life, a sarong works perfectly and has a ton of other uses on the river. If you’ve found a river mate, a fitted twin sheet wraps two Pacos like a glove. Remember, just because you’re outdoors doesn’t mean you have to rough it.

Editor’s Note: Guest Contributor Sage Sauerbrey is a freelance writer based out of Bozeman, Montana. He’s happiest messing about in boats—in them, out of them, it doesn’t really matter. He hopes that telling the story of beautiful places will eventually lead to their preservation.