Catching Bonefish on the Fly on Crooked Island

The Bahamas…just hearing those words makes me relax. I can feel the warm sunshine on my skin. I can smell the crisp salt air that hits you when you step outside. I can see the pristine waters and its varying shades of greens and blues. I hear the laughter and the unique accent, a mix of Caribbean and Creole that accompanies genuine smiles. I can taste the buttery sweetness of fresh lobster and the flakey meat of grouper. But what I mostly feel—and miss—is the carefreeness of a place where days are long and time is slow. “No hurries, no worries,” as my friend and fishing guide Bonefish Shakey would say. Whether you’ve actually been to the Bahamas or not, I believe most people have the same response as I do, and it’s for good reason. It truly is a special place with amazing people and a fantastic fishery. 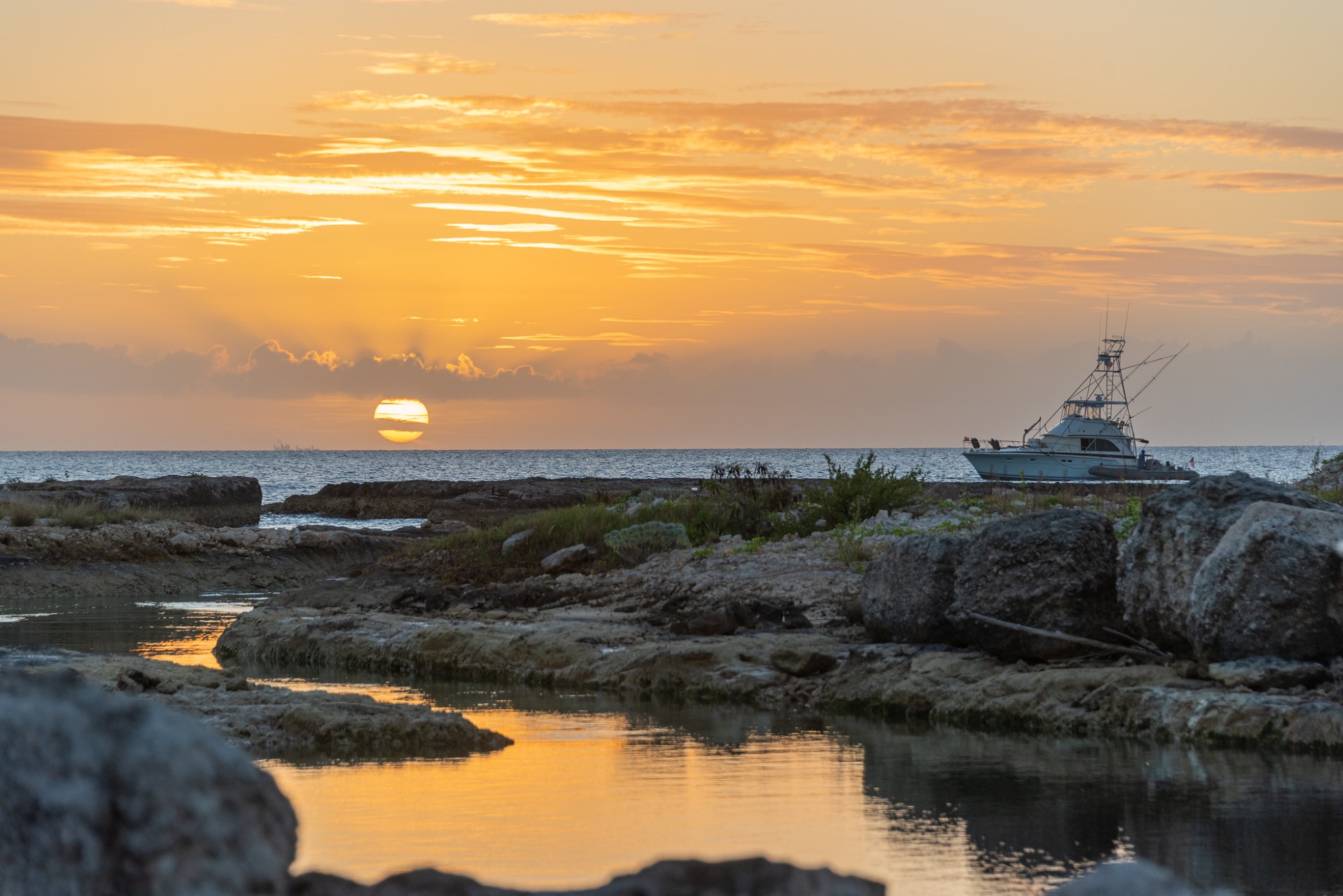 I took my first trip to the Bahamas several years ago via one of those extraordinarily large floating vessels—aka a cruise ship. (It really is impressive that something that large can stay afloat.) Unfortunately, the agenda excluded fishing. Instead, I visited a couple of beaches, interacted with the locals, and did all the touristy stuff. By no means would I consider it a ‘trip of a lifetime’ but it still left an impression, and I knew I would come back someday to explore more—and fish.

Fast forward to 2017 and I finally got my chance to return to the Bahamas. Then to make an awesome trip even better, we had the opportunity to take a private plane down to a quaint island in the southern Bahamas, called Crooked Island. This immediately became one of my favorite places on Earth. The positive attitudes and happy spirits of the local people were simply infectious. They’re always joking and laughing, and let’s be honest, everything sounds better with that Bahamian accent. 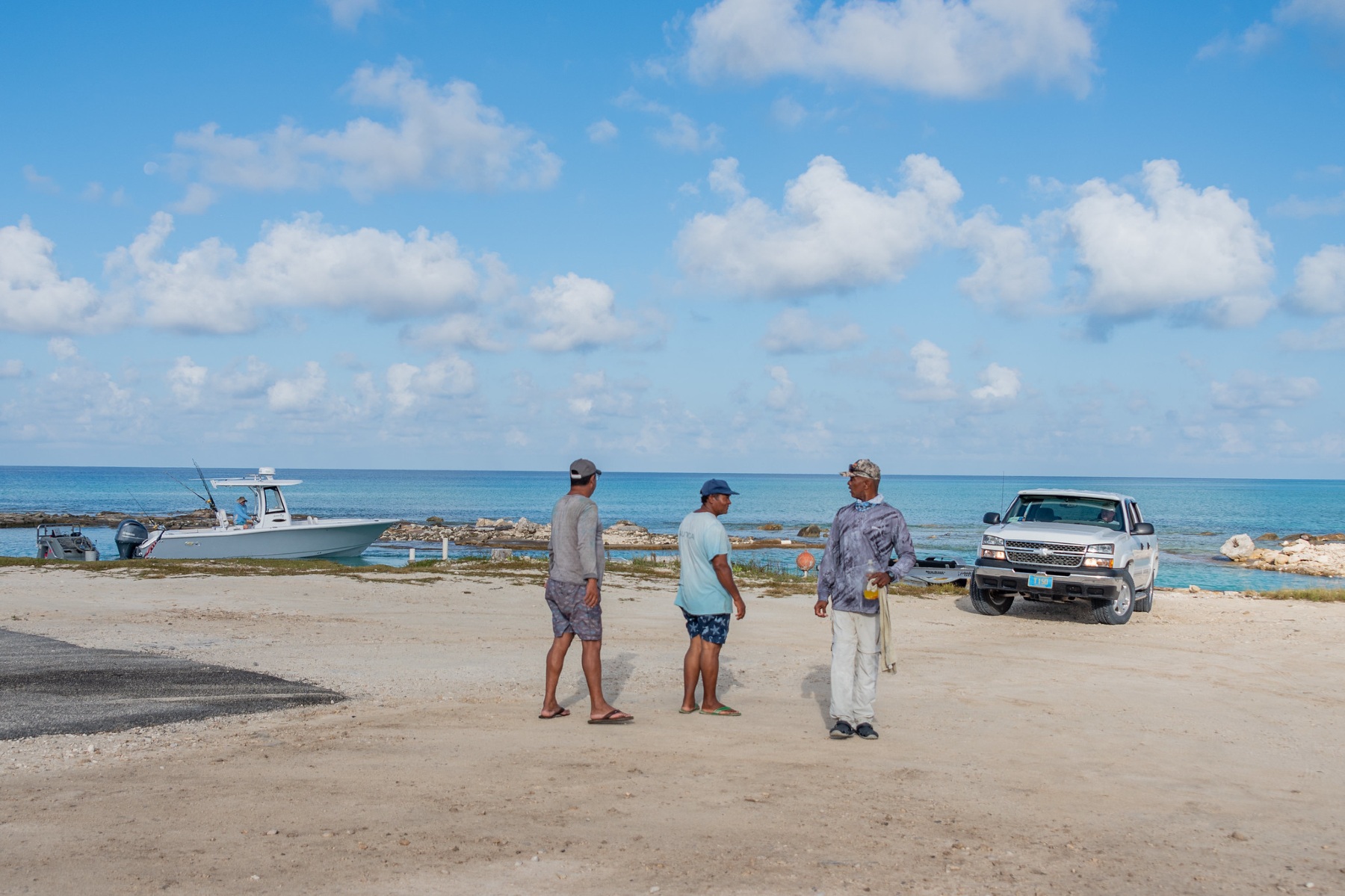 In 2015, two years before my first trip to Crooked Island, Hurricane Joaquin absolutely decimated the island and the Bahamas in general, killing 34 people and causing an estimated $200 million in overall damages. To rebuild on the island is tough and takes an incredibly long time due to the lack of supply and hardware stores on the island.

By the time I arrived in 2017, remnants of the hurricane’s damages still lingered around the island. But our hosts had a nice oceanfront house for us to stay in and their restaurant, Gibson’s #2, was up and running. They served up fresh-caught grouper, tuna, wahoo, or lobster daily. But it wouldn’t officially be a trip to the Bahamas without at least one legendary conch salad, and we had several.

On the first trip to Crooked Island, we were able to do our share of spearfishing for lobster and grouper as well as chasing bonefish on the flats. However, I had my sights set solely on catching a bonefish on the fly. Still new to fly fishing, this goal intimidated me a bit, but I knew the Bahamas would be the place to do it. My intimidation mainly stemmed from knowing how elusive and spooky bonefish tend to be. 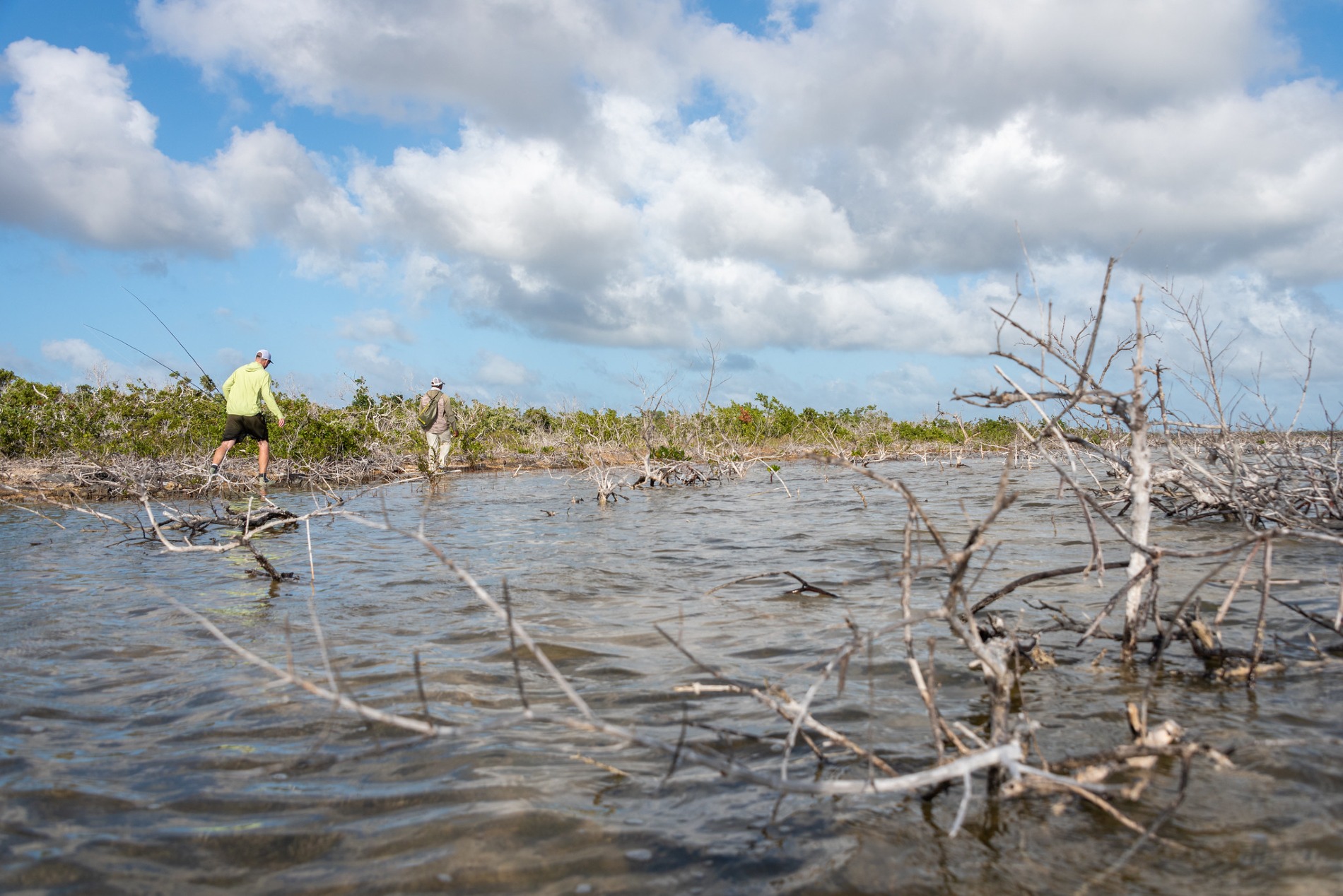 Like any avid angler with a new mission, I invested several hours to Google searches and YouTube videos on fly fishing for bonefish prior to the trip. This did two things. One, it fueled my anticipation, making the days and weeks drag on like a teenager waiting for summer break. It also reassured me that even though the Bahamas are known for having a healthy population of bonefish, I would still need to bring my A-game.

When the day finally arrived, my buddy Dan Mullane and I hopped aboard our first guided bonefish trip with local legend, Bonefish Shakey. Mr. Bonefish didn’t disappoint, he helped two extremely novice fly anglers both hookup and land several bonefish that day. And ever since that first real trip to the Bahamas, I’ve talked and dreamed about returning. 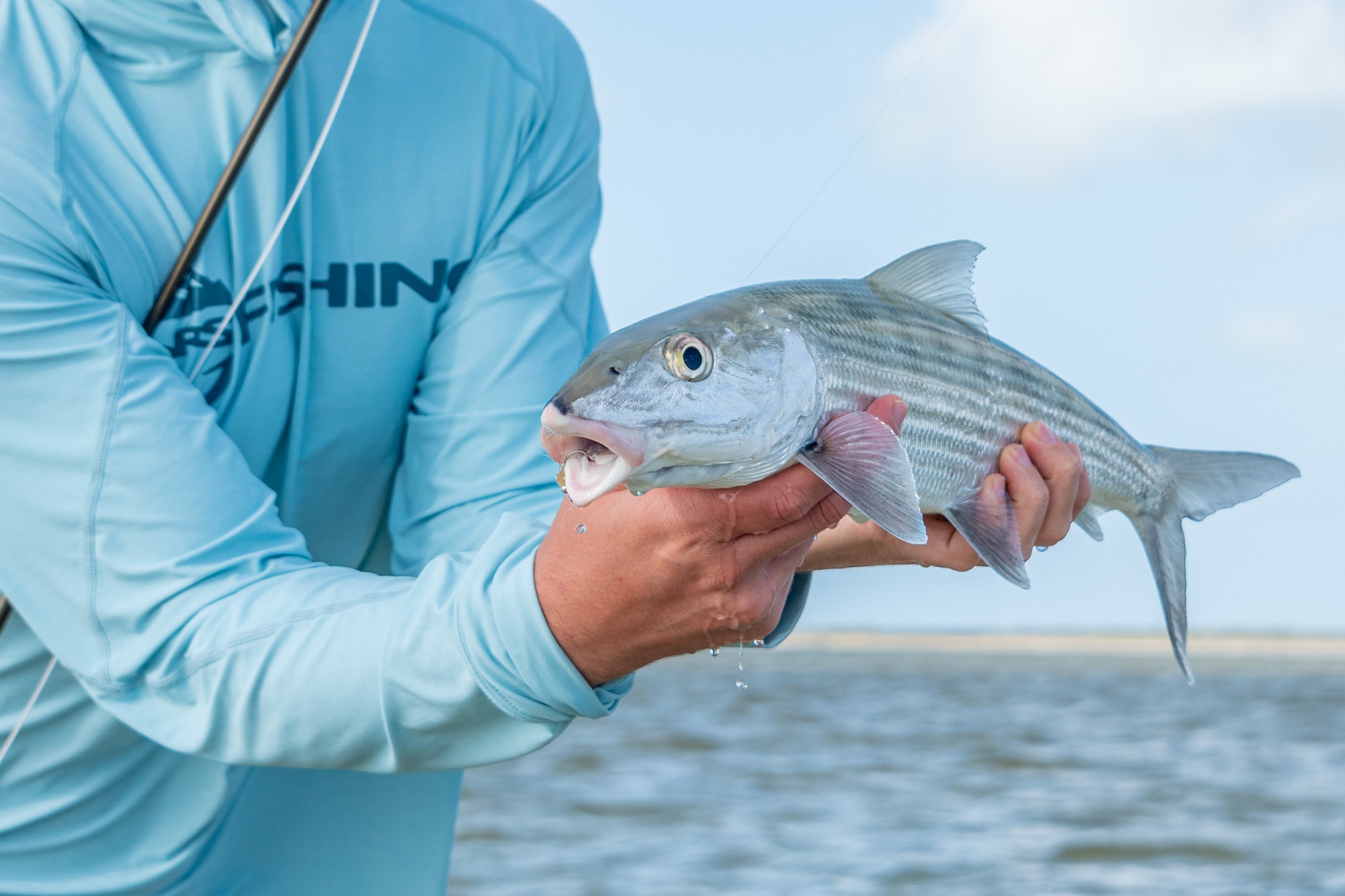 2019. With a second trip to Crooked Island booked, I spent months replaying all the memories in my mind. At that point, I was a bit more seasoned as a fly angler and I couldn’t wait to wreak havoc on the flats. But before I got my chance, Hurricane Dorian created its own path of havoc and headed straight for the Bahamian islands. It turned out to be a record-breaking tropical cyclone. Dorian was the most intense storm to strike the Bahamas and is regarded as the worst natural disaster in the country’s history. It was also one of the most powerful hurricanes recorded in the Atlantic Ocean in terms of one-minute sustained winds—winds peaked at 185 mph.

All I could do was hope and pray for the best. Watching the news and seeing the devastation unfold broke my heart. The Abaco Islands and Grand Bahama took a head-on hit. Fortunately, Crooked Island lies a bit farther south, so Dorian’s path skirted the island. 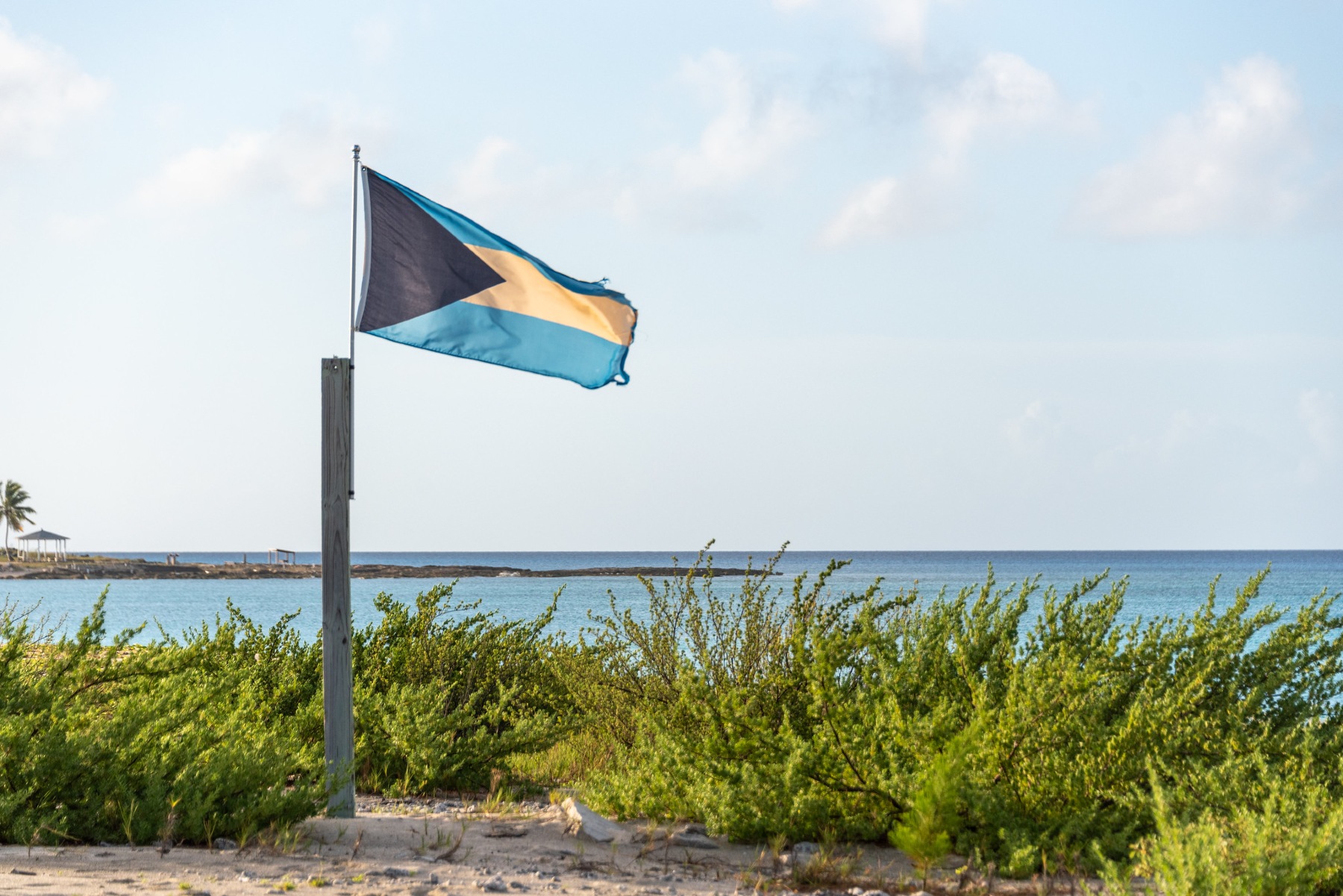 Hurricane Dorian hit in August; our trip was planned for December. With high hopes, we kept everything booked and arrived in the Bahamas about a week before Christmas, exchanging a rainy 40-degree day in North Carolina for a bluebird 80-degree afternoon. Although we had seen the devastation from news coverages, we were anxious for that first-hand view of Crooked Island’s recovery (or lack thereof). Joaquin’s scars still laid bare to the island—some of the same homes and streets hadn’t been fixed since my first trip—and other, more recent evidence of Dorian’s wrath was apparent.

Naked mangroves, stripped of their leaves from the brutal wind gusts and high waters. Scrap and debris piled in various heaps. But some buildings and homes showed signs of remodeling, fresh with new life. Regardless of the condition, our local friends maintained their happy spirits and greeted us with big smiles, warm hugs, and a fridge full of Kalik. It didn’t take long for all of the eager anglers to start harassing the guides about the fishing. They assured us nothing had changed on Crooked Island, but they hoped, by now, that we were better with a fly rod than the before. 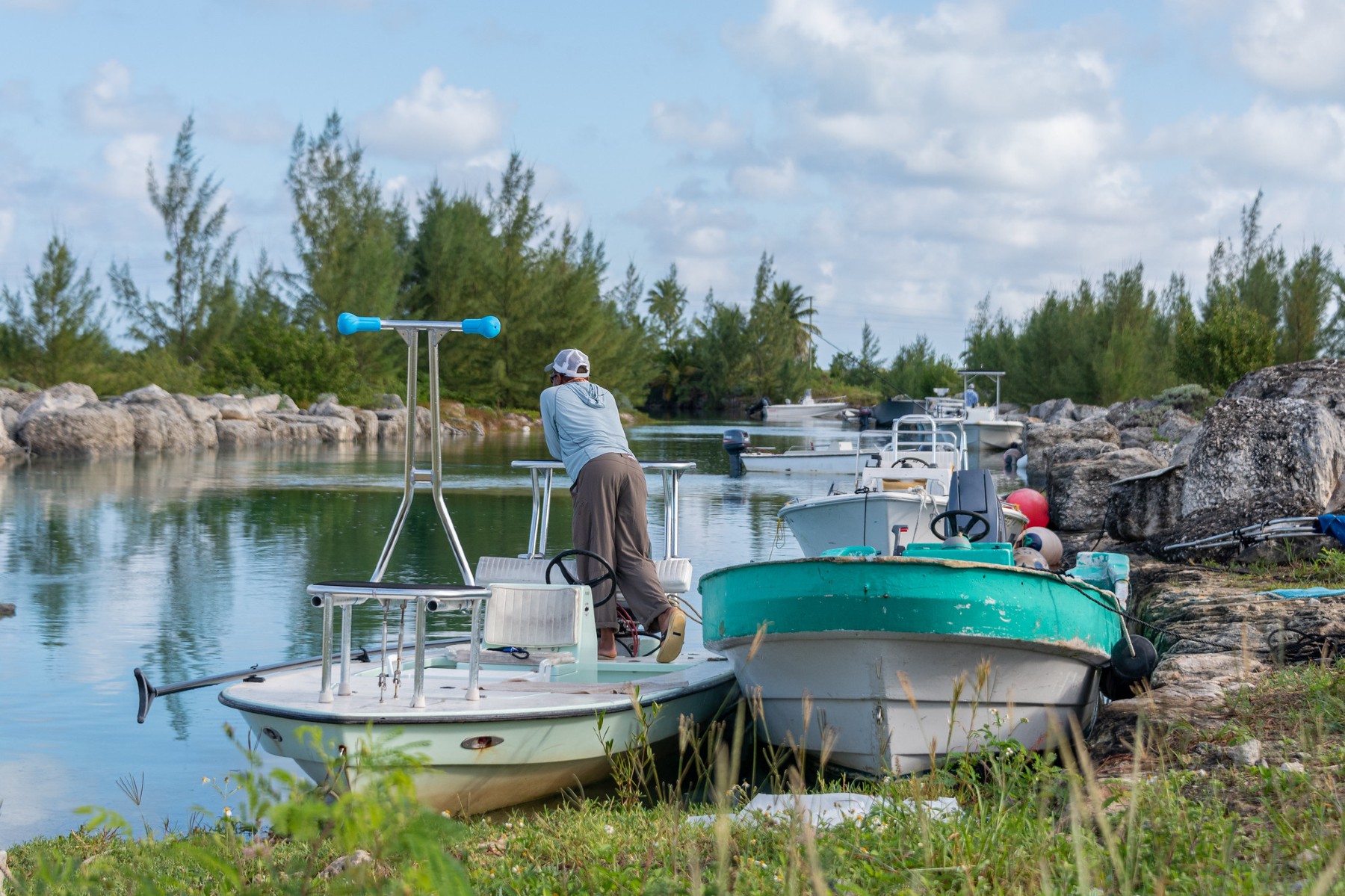 We had three full days of guided fishing trips lined up. The wind forecast looked to cooperate the best on day one. I decided to make this the day for chasing permit. I knew I’d need all the help I could get trying to wrangle one on the fly. The walk from the house to the guide’s boat felt like that moment a football player walks out of the locker room onto the field on game day. I replayed potential scenarios in my head, double-checking all my gear, literally putting my game face on.

The very first flat we hit—Boom!—a good-sized permit quickly cruised toward us. But I hadn’t had my warm-up yet, everything was out of sync. I could feel my heart rate speeding up as the guide yells for me to “Hurry, hurry get the line out there.” Amongst all this excitement and hurry to make the cast, I failed to let the rod fully load on my back cast before trying to haul it forward, and my line crossed over itself and fell to the water like throwing undercooked spaghetti against a cabinet. 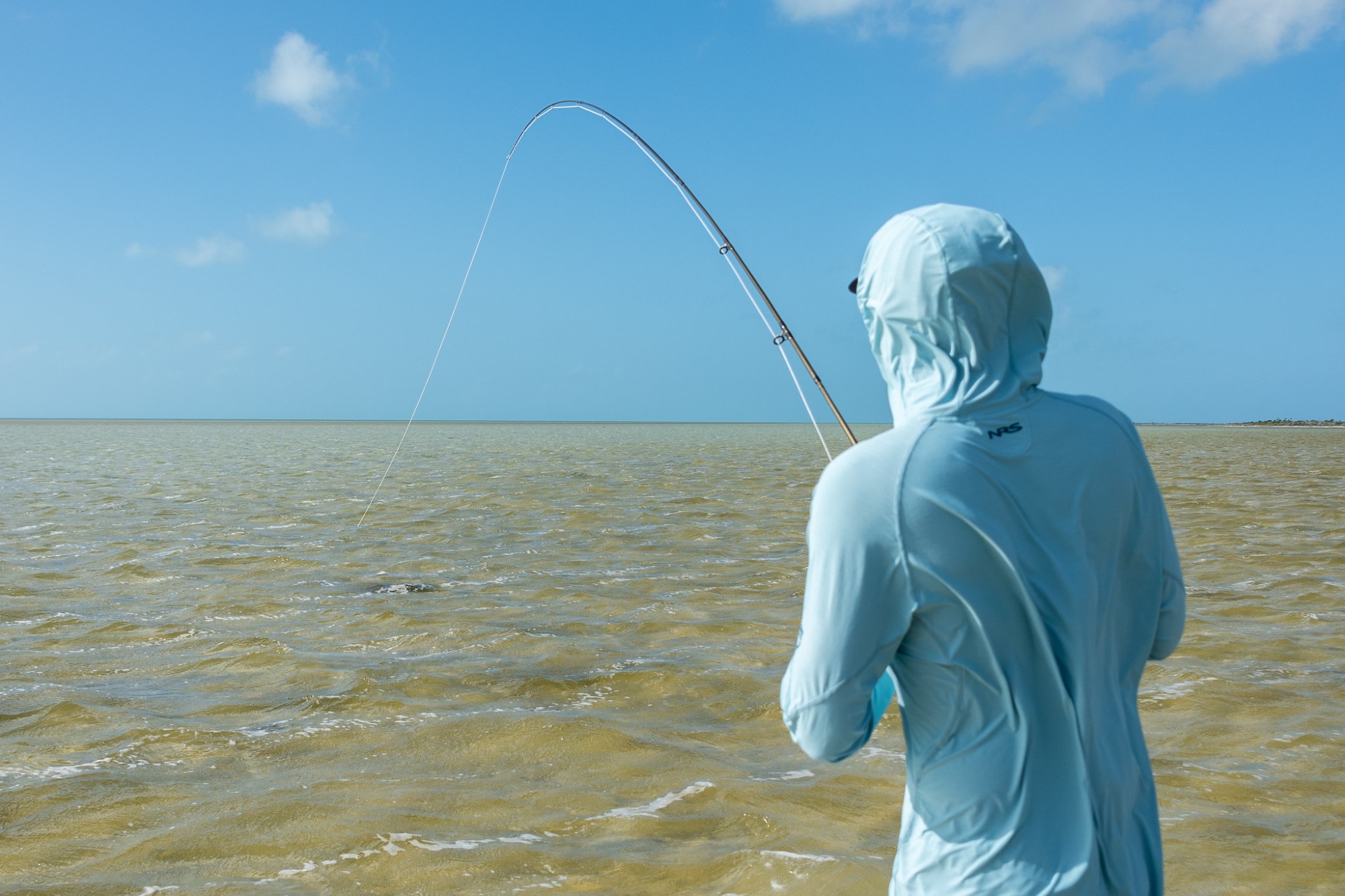 My heart sank, the moment had come and gone so quickly, and I blew it. I was trying to remain positive but was having a really tough time shaking my failure. Our guide, Jeffery Moss, tried to console this heartbroken man as he stared blankly off the bow of his boat. He assured me I would have another shot and urged me to try my best to relax when the next came. Sure enough, a couple of flats later we came upon a pod of about five permit. I laid out a good cast, then listened to his guidance, “Strip, strip, faster, alright let it sit, he’s on it…SET SET SET!” I strip set the fly but nothing was there, then two more permit pounced on the fly, but by then the fly was getting close to the boat and the fish spooked.

An awkward silence hung in the air around the boat. No one really knew what to say. My friend, Luke, who had stood beside me watching it all looked at me and said, “Duuuuuuude, that freakin’ gave me goosebumps and I’m not even fishing.”

For the first (okay, second) encounter with Mr. Permit, I considered it a mild success. I put out a good cast, got it to commit, I still missed the fish…but I could live with that result. After that, the clouds and wind picked up and even though we saw more permit we had no good shots at them. We decided to switch modes and hunt for bonefish. This was a great idea, we were both hooked up in the next 30 minutes and the missed permit began to fade for a brief moment. The strong winds stuck around for the next two days, but with the veteran guides, we were able to walk the flats and find several hungry bonefish each day. 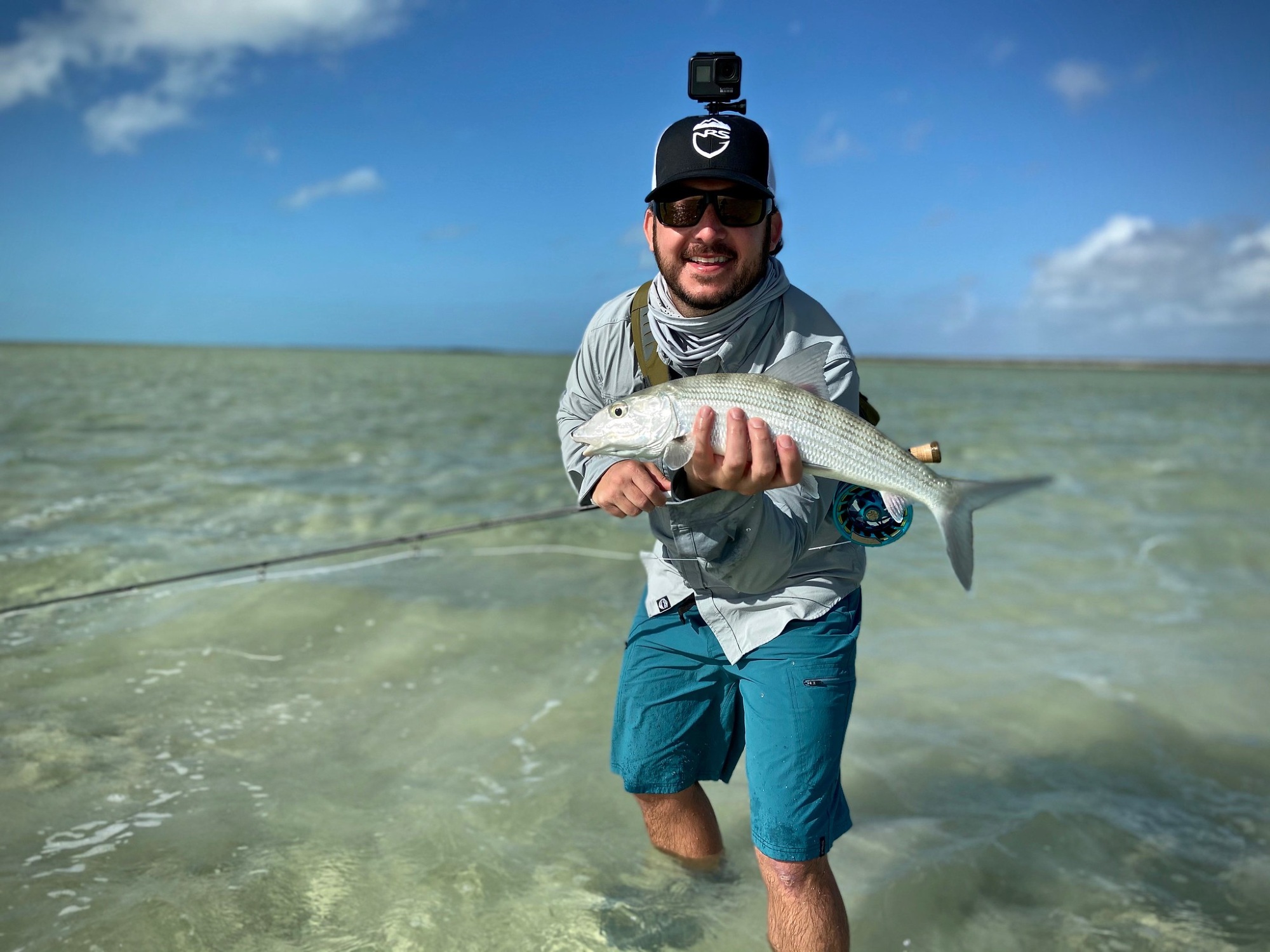 Sight fishing and stalking bonefish has easily become one of my favorite ways to fish. You aren’t just blind casting anymore, you are constantly looking for signs of movement from a fish dubbed ‘the Gray Ghost’ and for good reason. But that’s only the start, once you spot them, you still have to remain quiet, make a stealthy presentation, lead the fish, strip the fly so it appears natural. That last step is often the hardest to remember: strip set don’t trout set. Once you put all this together, then hold on as that little missile shoots across the shallow flats, peeling line like very few fish do. It is certainly one of the most rewarding fish I’ve ever caught.

Beyond the phenomenal fishing, one of my biggest takeaways from visiting the Bahamas is that through their strong will, positive attitudes, and how they choose to handle such unfortunate events, they will always prevail and rebuild no matter what Mother Nature sends their way. Oh and I haven’t forgot about you, Mr. Permit. We will meet one day soon, but until then no hurries, no worries my friend.

Editor’s Note: Born and raised in Charlotte, NC, guest contributor Brooks Beatty is an avid angler, media creator and a member of the NRS Fishing team. When he’s not behind a camera or chasing fish, he’s probably playing spoons or catching live music at a local venue.