Running waterfalls has come to represent the pinnacle of whitewater ability. Besides looking good on social media, the lip of a waterfall provides a crisp point at which a paddler must have the correct placement, form, speed, and numerous other factors to style their line. Pass or fail, miss one element and go crashing to the bottom.

Most modern drop-running is done with some form of boof stroke to achieve a flat, controlled landing. Often thought to be a launching stroke for running waterfalls, the boof belongs in every river runner’s bag of tricks with the rest of their correction strokes. Specifically, the boof should be used in some form on every horizon line on the river. Whether going over a rock, hole or wave, a boof should be pulled to keep the bow from plugging in deep causing a loss of control. Similarly, where it’s necessary to jump the boat upward onto a diagonal wave rock, or another element an early and long boof is necessary to lift the bow. This is the key to fast, clean paddling with a dry bow. 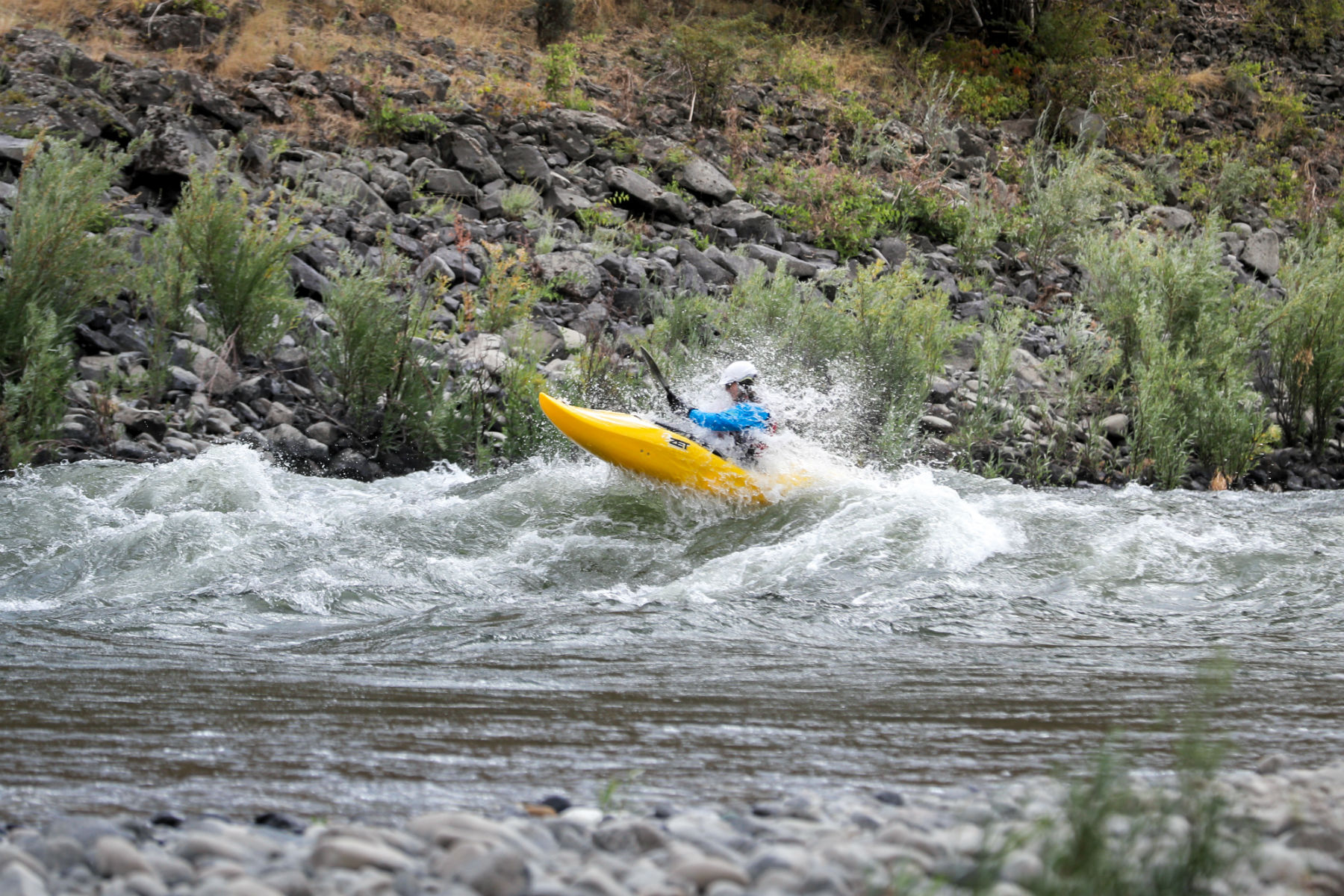 When putting this concept into practice it quickly becomes apparent that it’s not always possible to be perfectly squared-up to each obstacle when trying to pull a boof stroke. Like an Eskimo roll, the boof can be executed with minimal or no paddle stroke, and in endless variations once mastered. Learning variants on the boof stroke such as using a sweep stroke to change direction, going sideways off a shelf, flaking off of rocks, etc. awards paddlers with versatility in their lines. Leaning, or ear-dipping, boofs may have started as a freestyle move but is extremely useful for making radical direction changes at the lip, maneuvering around hazards, and getting increased separation from holes in the landing.

Learning additional boof techniques allows paddlers to incorporate last-second correction strokes into their waterfall running. Rather than committing to an improper and ineffective vertical boof stroke, these techniques introduce a sweep, draw, or carving turn. Correcting boof strokes are invaluable skills that can only be learned through practice on smaller features during typical paddling situations. 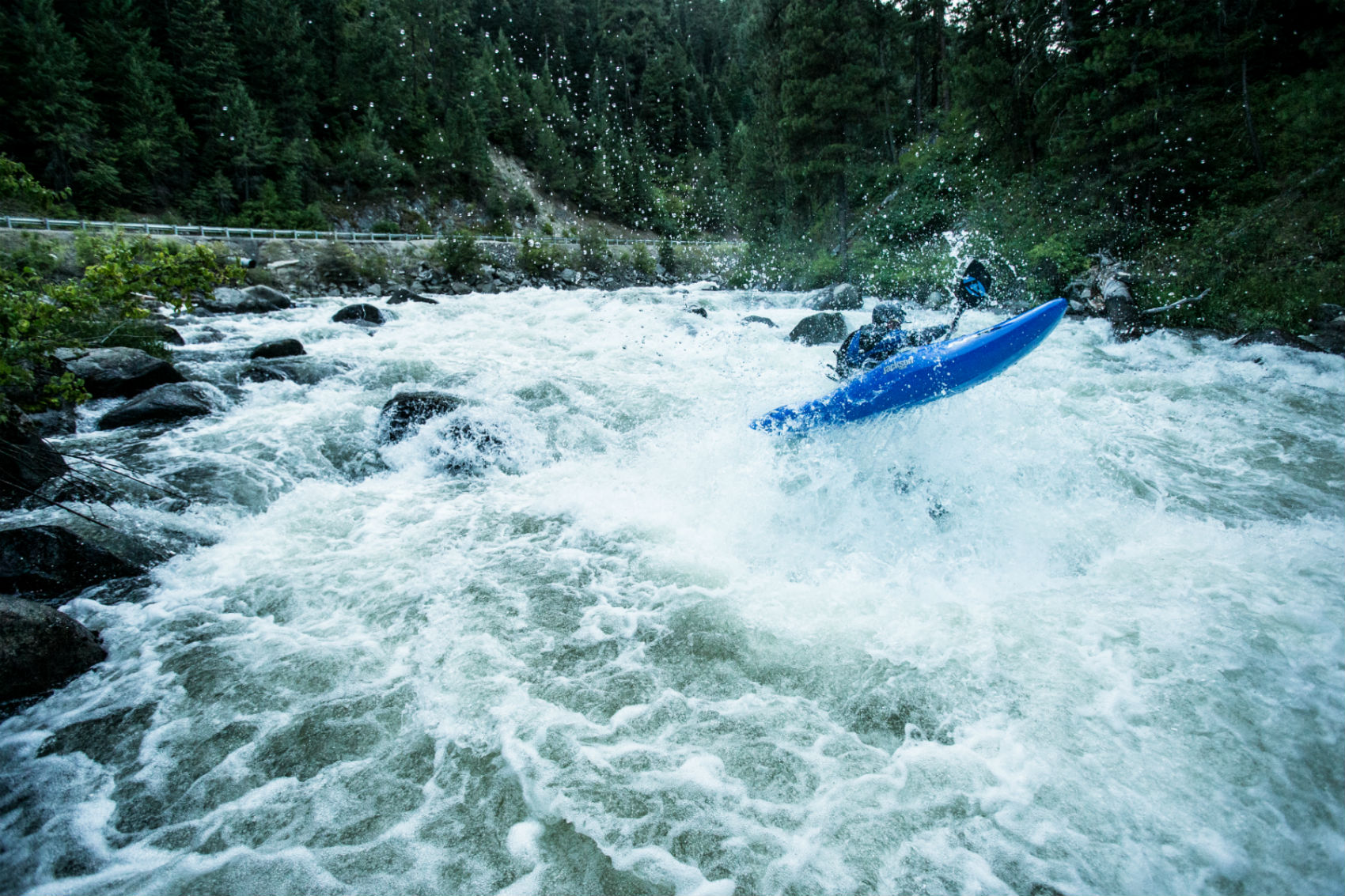 Body positioning and use of core muscles is key to controlled free fall. Once relinquished, it’s near impossible to regain control while falling. The key to consistently running drops is preemptive planning, maintenance of momentum, and muscle control. Like learning to cartwheel or blunt, it’s important to leave behind preconceived notions and focus on what body movements actually do. For example, leaning back while taking a boof stroke over a big pour-over hole may help keep the bow up while bridging to the white foam downstream, but the same technique on a drop more than a few feet tall will result in a face plant. This disparity comes from the pressure most paddlers put on their feet to push their weight backward. Done when the bow has already crested a horizon line, this movement forces the bow straight down and puts all the paddler’s weight out of balance.

Engage boofs from a slightly forward position where core muscles can be used to lock body position and help provide the leverage needed to maintain control. This body position is the foundation for making mid-flight corrections. The most typical correction post boof stroke is the “stomp” where you lean farther forward and kick your heels into the surface the instant before impact. Stomping will dissipate the jolt from a hard landing. This back-saving technique is a must for larger waterfalls and hones many of the fundamentals necessary for other corrections. 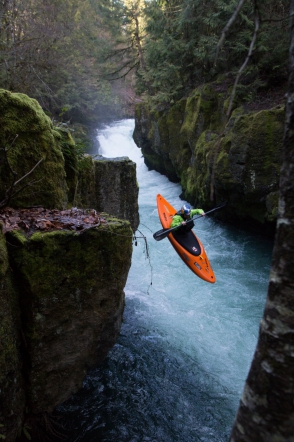 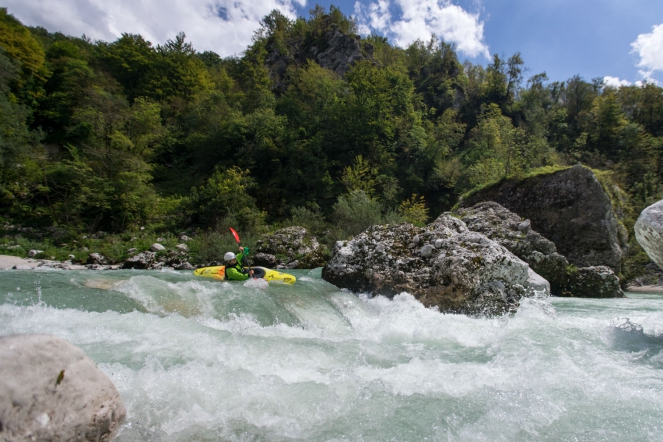 It’s crucial to keep a strong core while focusing on body position and balance, judging the amount of time until impact, and maintaining mental composure. Done as a slow arch, or as two distinct movements, the boof-to-stomp segues into lateral and rotational corrections. Using the momentum of the boof stroke, rotate the boat during free fall, similar to a freestyle move, and a flat landing will be achieved despite an imperfect take-off. The most well-known rotational correction at the lip would be an ear-dip, however, by pulling upward with the core while leaning back and to the side, essentially cork-screwing the boat, it’s possible to make any number of direction and rotation changes mid-fall.

What’s the point of learning these techniques? If your goal is to start running boofs of more than five feet as part of a larger rapid it becomes necessary to be able to consistently land flat and in control. Corrections are often needed to prevent accidents but used as an intentional tool, these skills allow increased flexibility in choosing lines. Rather than committing to making extra moves to tee-up to drops, be direct and hook into the next move with an ear dip, or throw a pry at the lip to go off at a forty-five-degree angle and land cleanly. 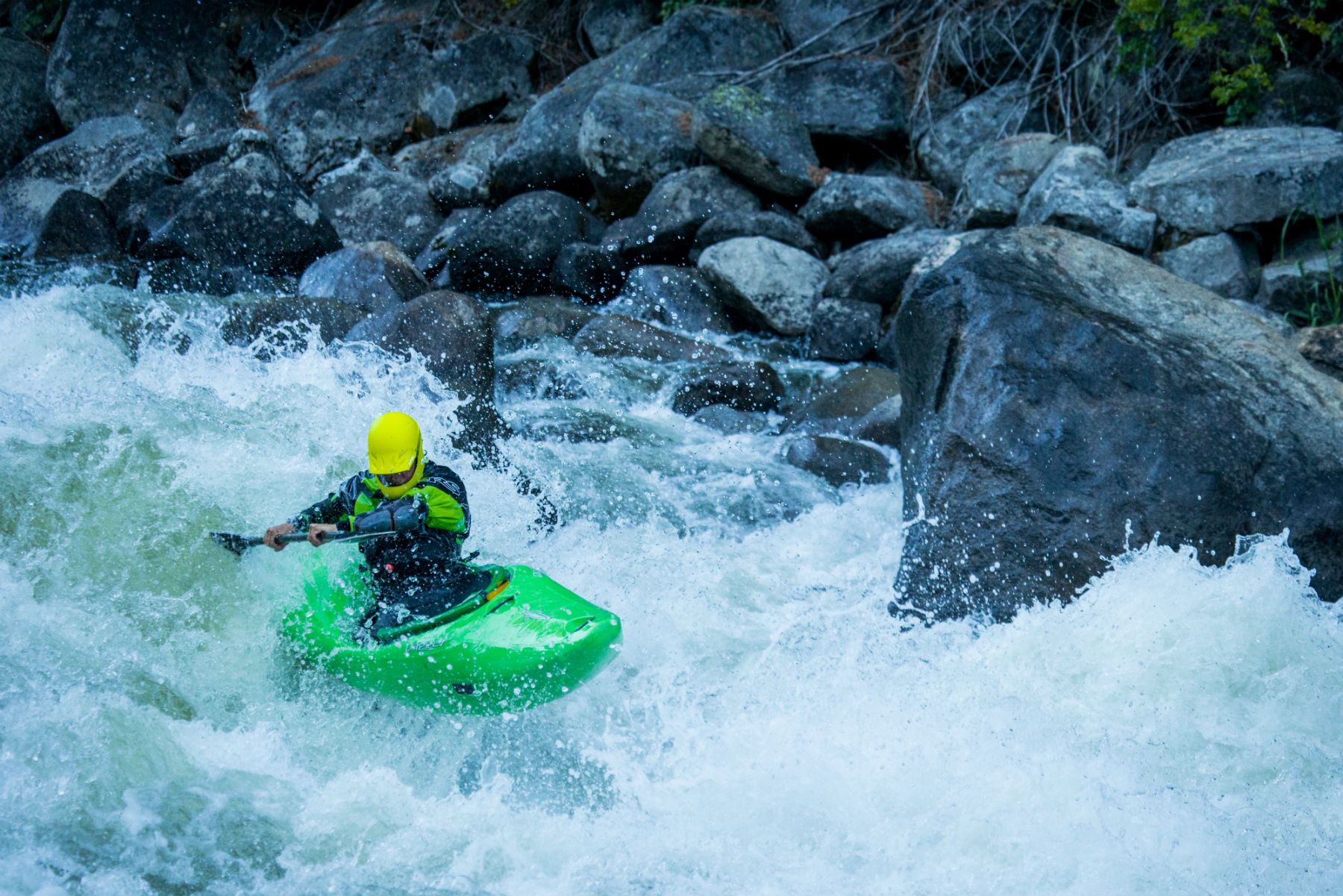 Of course, there will be times where landing flat doesn’t appear to be a good idea. Often this involves some combination of a tall drop and a still pool, which will deliver a spine-jarring landing. In this case, it’s best to consider plugging the drop. Plugging is often misunderstood and taken for granted because it looks very simple. In truth, it’s a move that should be practiced extensively and at increasing heights. Again, success is often dictated at the lip, and body positioning is crucial. Don’t simply tuck to the side and wait to do a roll. Take a last stroke at the lip to ensure the boat is moving at the same speed as the surrounding water then slowly bring the forward elbow over the front of the cockpit rim and look down the bow as freefall begins.

Part 5 will transition from a focus on physical fluidity into the state of mind, exploring the mental conditioning needed to accept risks and achieve peak performance. Not unlike physics experiments performed in a vacuum, the skills in Part 3 and 4 are easy to practice in a controlled environment, but the true test happens when they’re applied in the real world.