Cadence (n): 1. Balanced, rhythmic flow, as of poetry or oratory.
2. The measure or beat of movement, as in dancing or marching.

At a certain point in a paddler’s progression, individual skills begin to coalesce into personal style. The tale-tell sign of early intermediate paddling is choppy, indecisive motion. Spastic body language and wide eyes expose the panicked thoughts of a novice paddler. On the contrary, advanced paddlers are smooth and controlled, even when things are decidedly chaotic. Now that you’ve dialed in your equipment, fitness, and fundamental skills, Part 3 takes all the building blocks we’ve already discussed and threads them together into seamless paddling. 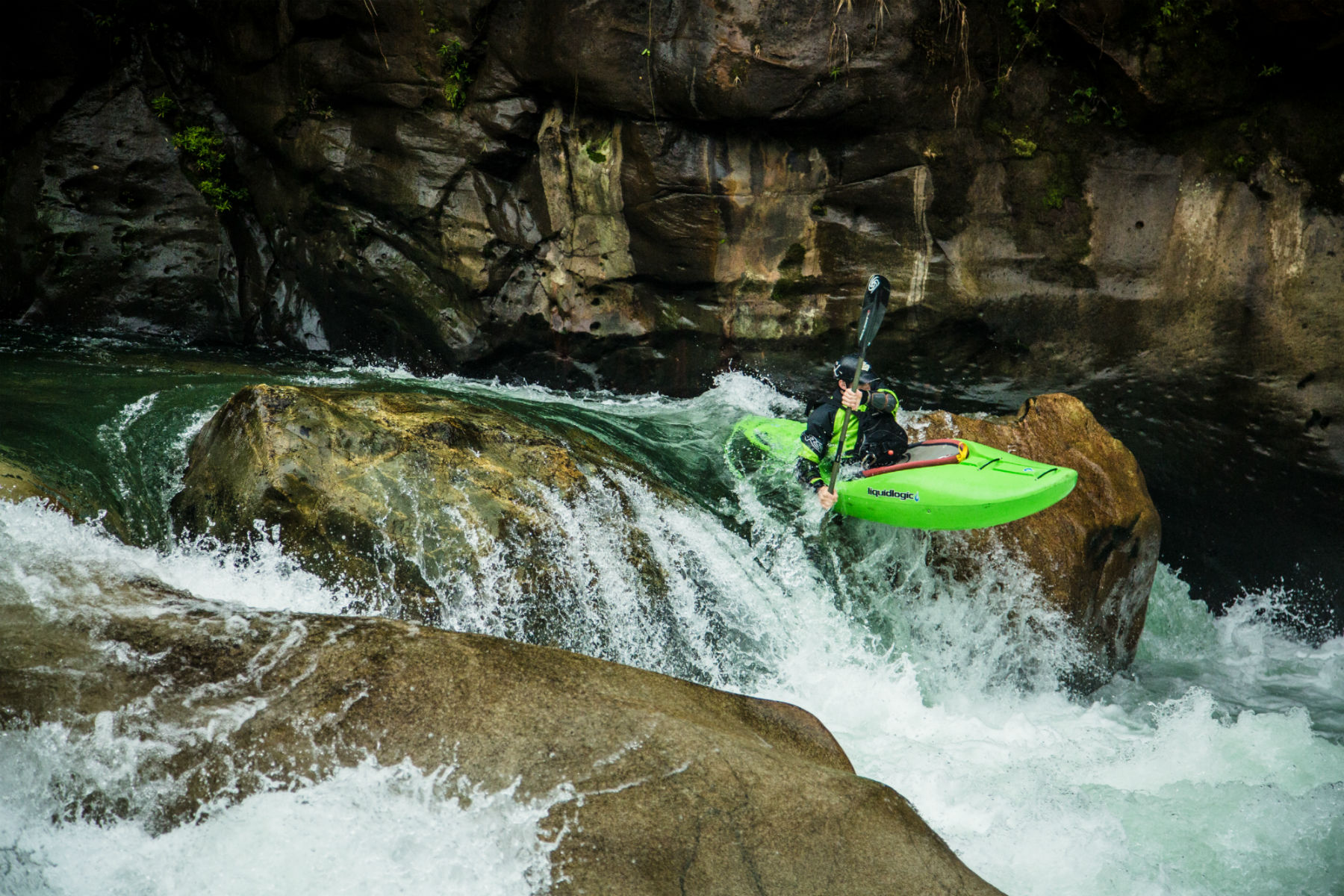 Transitioning into Class III and above, paddlers find themselves knowing a move is needed while running a rapid, but simply cannot manage to squeeze it in. This can be frustrating, and the resulting lack of control can cause fears about quick sequences and pushy water. Often, in an attempt to slow things down, you’ll compensate for this fear with lots of backstrokes.

Using backstrokes to stall for time or correct your course is intuitive and effective in beginner whitewater. However, robbing the boat of speed immediately takes control away from the paddler and gives it to the current. One of the most important drills, which many aspiring paddlers overlook, is simply paddling their favorite lines without the crutch of backstrokes. Although simple, this requires timing, planning, and proper technique.

Maintaining a speed slightly faster than the surrounding current is often optimal for river running. At this pace, edges cut without grabbing, the boat has enough momentum to resist cross currents, and the hull tracks while staying nimble. Increasing speed into a sprint causes the boat to climb in the water and surf. Once planing on the bottom of the hull, edges disengage causing the boat to make sudden unplanned turns, and corrective strokes require ever-increasing strength and effort. 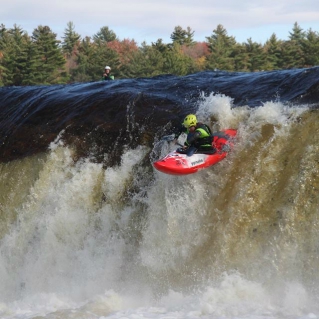 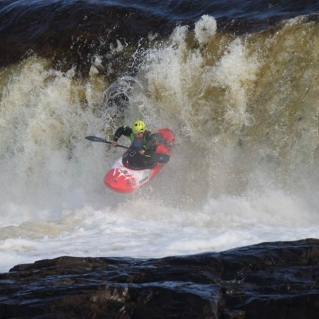 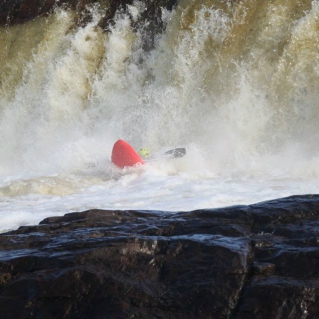 Watch footage of top-tier kayakers and notice how they’ve developed certain set stroke rates or speeds, which they use like gears on a bike. Rather than trying to navigate in fits of frenzy from one move into the next and being forced to constantly use corrective and braking strokes, expert paddlers often move at a set rhythm, which they use across the spectrum of whitewater. We can compare the difference between the frantic jumping into openings in Frogger to pre-emptive steering to stay on the track in a racing game like Mario-Cart.

Choosing a comfortable rhythm—typically just over 50% effort—and maintaining that rhythm as much as possible can make timing moves easier. Paddling at a consistent rate and speed improves a paddler’s ability to judge distances, resulting in more consistent stroke placement. Suddenly, it’s possible to plan strokes while scouting from shore, make on-the-fly adjustments, and easily place crucial strokes like boofs. Timing, practice, and being one’s own harshest critic are at the root of expertly smooth kayaking. 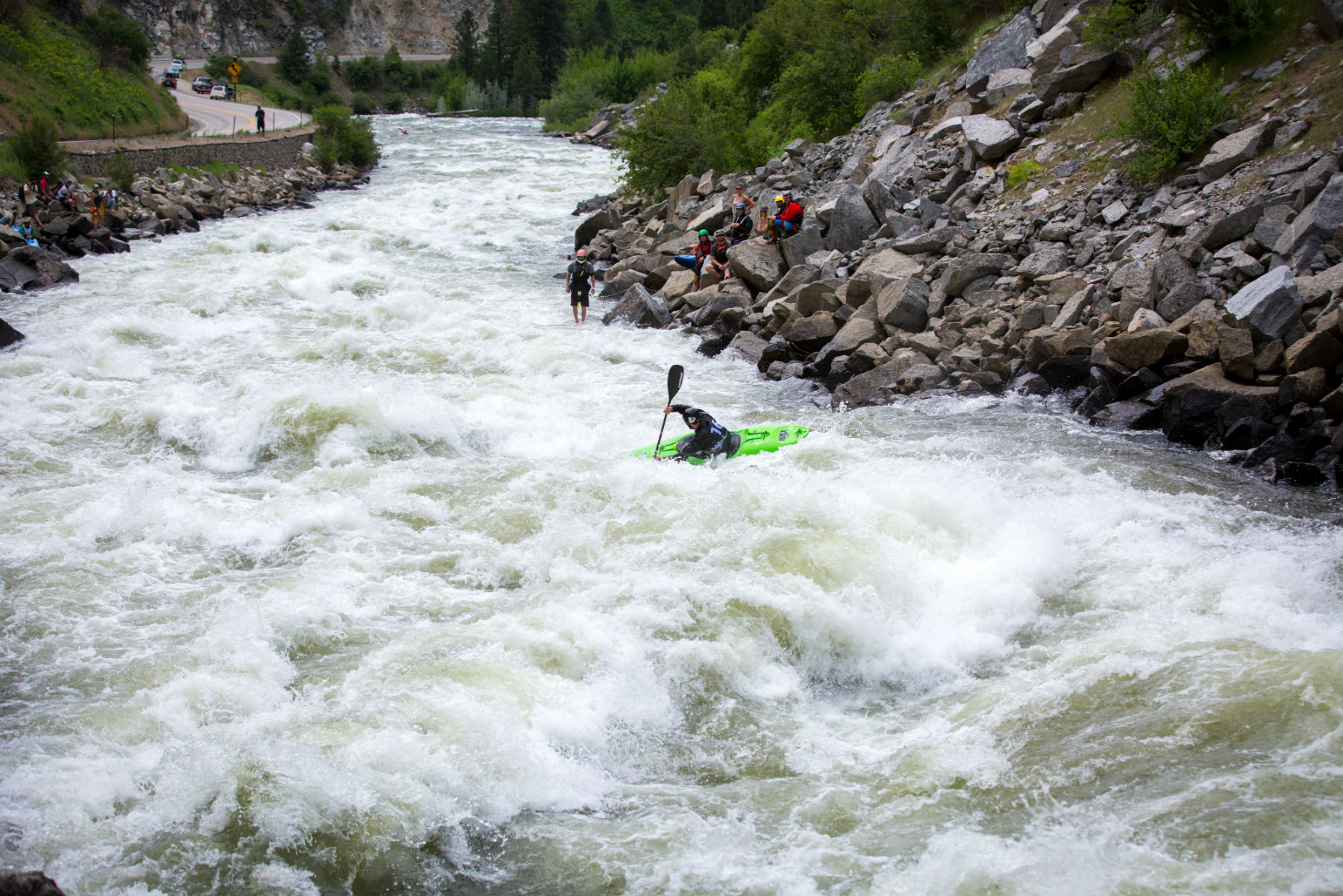 While this doesn’t sound particularly ground-breaking or difficult, consider that keeping a cadence requires using exclusively forward strokes, and learning to make constant minute corrections. Begin by practicing on familiar rapids, which have distinct features like strong eddy lines, distinctive cross currents, and maybe a critical move like a boof over a hole. Find a mildly challenging but fun line and focus on using the absolute minimum number of strokes needed to float down. For example, a draw to exit the first eddy, a sweep to counter a cross current and stay on line to a small boof, and then two quick draws to get into an eddy. The purpose of this exercise is to learn which strokes are crucial to make a line, and which are filler strokes that can be delayed or skipped.

Return to the basics in some swirly eddy lines. Between rapids, paddle down eddy lines and work on keeping the bow as straight as possible with only forward strokes. Rather than trying to muscle the boat around, practice maintaining control with small adjustments like draws, slowing strokes down slightly once the blade is in the water to create a small drag, and fluttering the paddle. Most importantly, focus on reading water to anticipate spinouts and placing a pre-emptive counterstroke to push against the bow if it tries to squirm away. Soon you’ll notice that these management techniques are far more effective than slamming the brakes with a reverse stroke, and you’ll find yourself using them subconsciously. 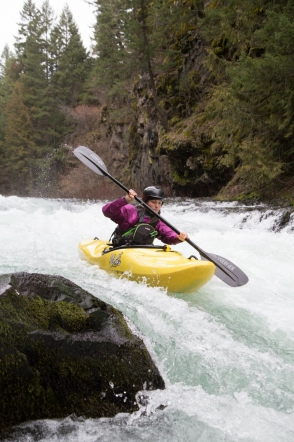 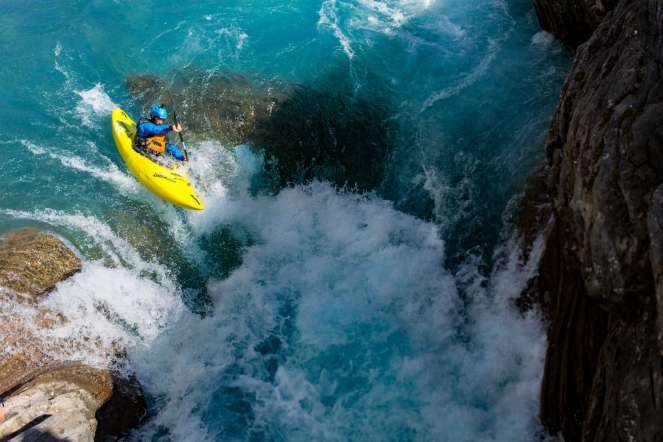 At times, it’s necessary to have more power to cross pushy currents, or make the cut in tight situations. Here, it’s good to practice a faster pace—dial it up to 80%—in pushy water on big water runs, and while blasting through squirrely eddy lines. The ideal pace will deliver maximum speed without sacrificing much control. Each stroke should be near-vertical, and exert as much power as possible while causing the bow to move no more than 5-10 degrees from straight. While it’s possible to paddle even faster, continuing to paddle harder will cause the boat to surf on the hull and spin out. In doing this exercise, expect to get spun out, so make mistakes somewhere where it will be funny, not tragic.

Cadence and flow, while initially a frustrating drill, is a crucial tool to paddling at higher levels. Learning to use small but constant corrections, and becoming precise in placement of both one’s boat and strokes is important for running clean lines. Part 4 is dedicated to the lip of a waterfall. This decisive moment is the ultimate test for a clean line, demanding proper speed, positioning, poise, and stroke placement.