Huddled under a tarp in the near-deafening rain on the banks of the Tuichi River gorge in the Bolivian Amazon, the international team of kayakers and rafters listened intently to the graceful, yet potent voice of the one woman on the expedition who calls the Tuichi home. With an air of otherworldliness in her sense of humility and responsibility to this place, the hazy view of the precipitously rising river sparked a catalyst for her story.

“I owe many things to my grandfather,” she began. “Growing up in San José de Uchupiamonas, I always wanted to do what the men were doing, like go out into the jungle to hunt for our food; my grandfather always let me come and didn’t allow the traditional jobs of women, like keeping the house, to hold me back.”

“At that time in my community, if you were a girl, after finishing elementary school, your path was typically to get married,” she continues. “When I finished elementary school, my grandfather told me, ‘If you stay in this place, you will suffer, and I can’t help you.”

Ruth Alipaz Cuqui was born to the indigenous river community of San José de Uchupiamonas in the Bolivian Amazon in 1967. After elementary school, at the age of 12, Ruth traveled by herself to La Paz and worked as a nanny for one year. She returned to San José but soon left to become the first woman to attend and graduate high school. Ruth then became the first person from her community to attend and graduate university, all while juggling life as a single mother and working to support her extended family, her young child, and herself.

There are pieces of Ruth’s experiences that prove that life is not fair, and sometimes it can be immensely unjust and cruel; but to Ruth, life is life. Her smile beams genuinely, and now, she’s married and a proud mother of two children, the founder and owner of the ecotourism business Bird Bolivia, a founding leader of women’s training at the world famous indigenous community-owned Chalalan Ecolodge, and an unwavering advocate for free-flowing rivers and their integral role in the health of local communities throughout the Amazon and the world.

Invited to speak multiple times at the UN, most recently Ruth participated in the United Nations Inclusive Social Development Division for Indigenous Peoples, where she denounced Bolivia’s president and government for putting the very existence of Bolivian indigenous communities at risk. She is selfless and fearless, and for the first time in her 51 years, in late May 2018, Ruth Alipaz Cuqui embarked on her first multi-day raft and kayak trip down the telltale rapids of her and her people’s river, the Tuichi.

This all has something to do with 24-year old Hayley Stuart. Hayley is a Spanish teacher for the international traveling whitewater kayak high school World Class Academy, who has stepped into the roles of filmmaker, film producer, international expedition planner, and river advocate. Similar to Ruth, she runs on working for what she believes is right, and therefore, Hayley, like Ruth, is very busy.

After studying abroad in Bolivia her junior year, Hayley vowed to return to the country to, in some way, tell a piece of the rapidly regressing story of its rivers. Even years after leaving Bolivia, Hayley couldn’t let the country’s contradictions rest. Between the proposed hydropower projects and the regional demand, the appropriateness of the projects didn’t add up. The extremely high-sediment nature of the rivers, the effective flooding of biodiversity-rich areas, and the repercussive displacement of many Amazonian indigenous groups (some of which, to this day, remain in the jungle never having made contact with the modern world) created an obvious void in the numbers and allocations of costs and benefits.

Hayley originally envisioned the river conservation film expedition on the Tuichi as a self-support kayak trip. But as expeditions sometimes go, one thing led to another, and there she was orchestrating the Still River, Silent Jungle project which came to include the Director of Madidi National Park, Madidi National Park Guards, representatives from two local mining communities along the river, an adventure ecotourism guide, the owner of Sergio Ballivian Photo Tours, three international whitewater kayakers, and… Ruth Alipaz Cuqui. 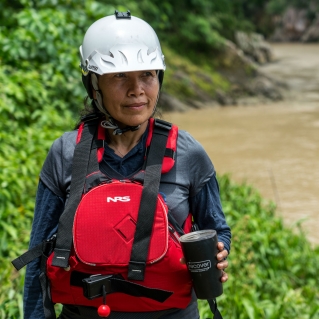 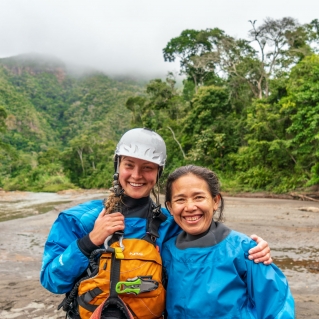 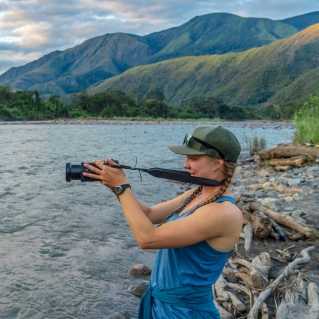 To the locals of the land and river, the Tuichi is sacred, a source of food, water, home, habitat, spirits, and life. To the world, the Tuichi river embodies the main artery of Bolivia’s Madidi National Park, a majestic realm encompassing everything from 20,000 foot snow-capped Andes peaks to thick Amazonian jungle. The New York Times recently named Madidi as perhaps the most diverse protected area on earth. Jaguars, tapirs, river otters, orchids, butterflies, and 8,520 known species hide amongst each other on the Tuichi. When taking into account that Madidi is a relatively unstudied park, scientists estimate it could be home to at least 11,395 species.

Ruth still remembers traveling the 150 kilometers down the riffles and flats of the Tuichi from San José to Rurrenabaque with her grandfather on a homemade wooden raft when she was a kid. A couple of times a year, they would make their way to the trade city of Rurre with goods from the forest and trade them for soap, fabric, and salt. After selling their wooden raft and paddle, Ruth, her grandfather, and any siblings that tagged along would trek for nine days, carrying all of the purchased goods back to San José through the jungle, machete-ing along the faint and sporadic path, only to do it all over again in a couple of months. 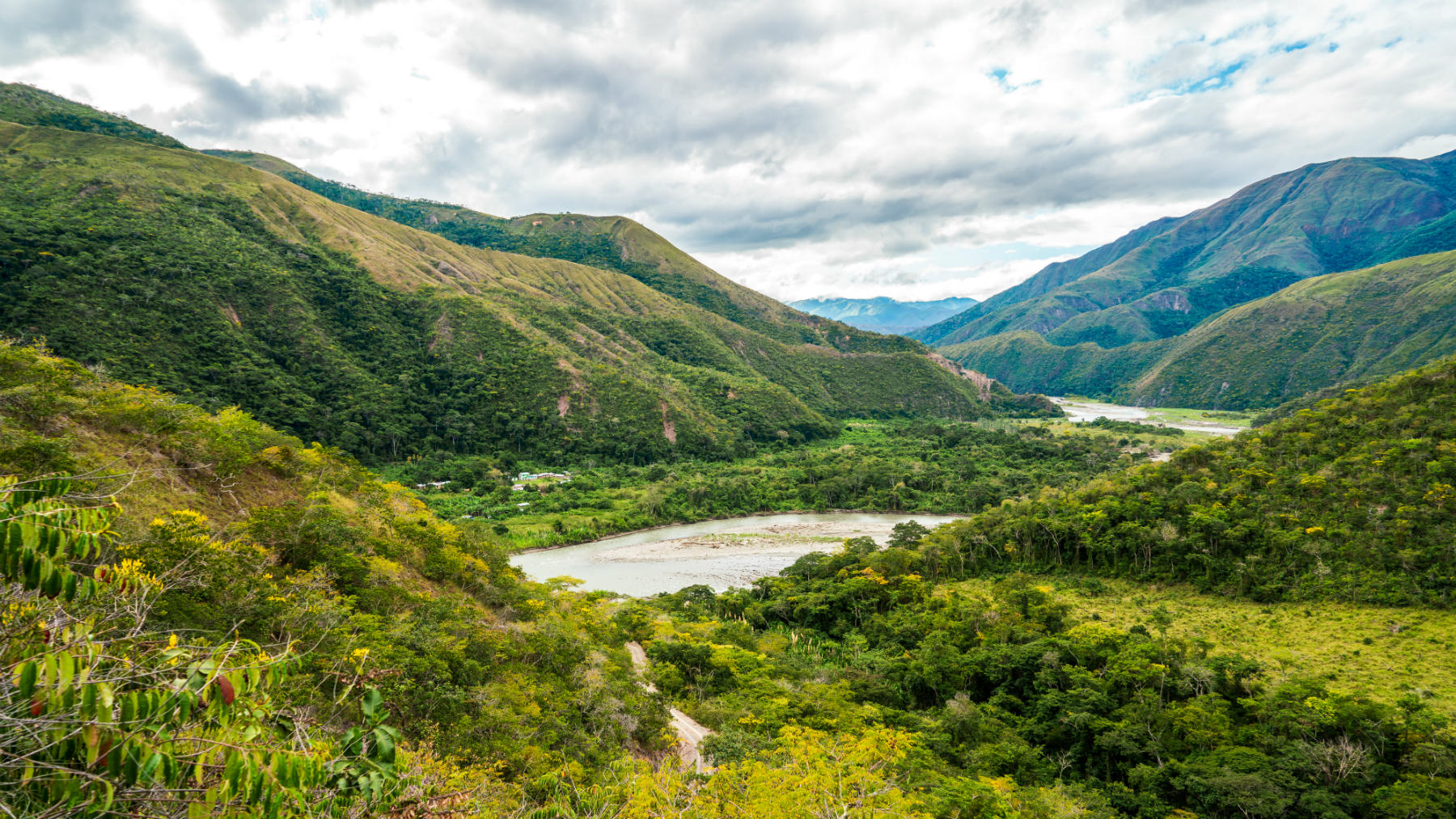 The downstream navigations, ferries, and eddies of the tranquil Tuichi that flow throughout Ruth’s river blood run out from a gorge that ranges from Class III to Class V depending on water level and craft.

At the put-in, the Madidi National Park guards recounted a story of attempting to navigate the run by sea kayak and promptly swimming but making it to the riverbank grateful to be alive. A reminder of one of the reasons we’re here. In part, a primary objective of the Still River, Silent Jungle expedition is to provide whitewater safety and skills training to Madidi National Park Guards. In the future, they hope to use rafting as a form of transportation down the river to monitor for illegal mining, logging, and poaching within the park. As part of the expedition funding, Hayley had secured a donated raft, paddles, and safety equipment to Madidi. Lorenzo Andrade-Astorga, a professional kayaker and captain of Chile’s National Rafting Team, provided the primary instruction. 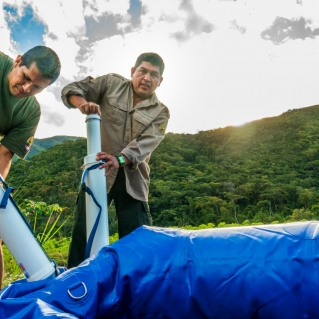 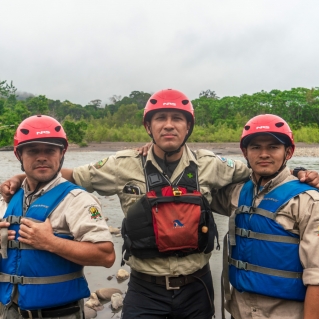 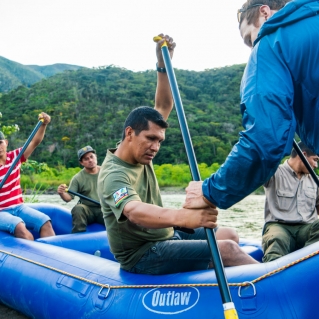 It turns out, the park guards were naturals. The general water skills of the guards from growing up swimming and navigating homemade craft on Class II-III sections of river quickly translated to the “high-tech” inflatable raft. The impact of the gear and the trainings were immediate and immense. To compare, the same amount of work patrolling for illegal activity that typically requires a 19-day trek through the jungle would only take five days in a raft.

Like Ruth, the Park Guards grew up in Madidi; the jungle is their home, and with that, the people of Madidi are strong, resilient, and extraordinarily aware and adept survivors. 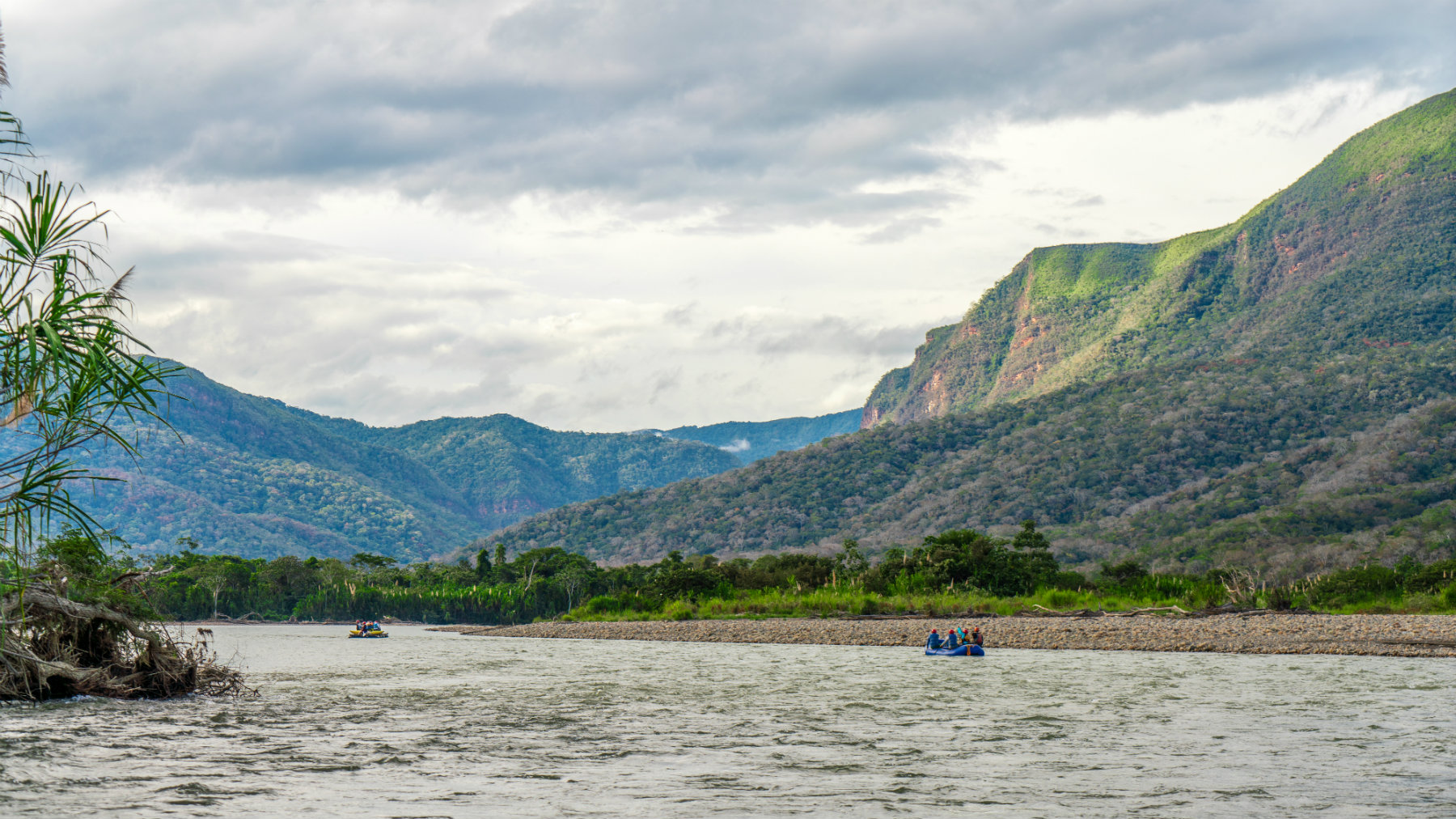 On the third day of the expedition, the team carved out a camp in the thick vegetation that lines the mouth of the infamous Puerta del Sol Rapid at the entrance of the Tuichi canyon. The night before, the team held a ceremony, pouring alcohol over coca leaves and offering the opportunity for all team members to ask for safe passage through what rumbled downstream. In the morning, a cloud layer settled low at the top of the canopy, slowly releasing a steady drizzle.

In a single moment, the drizzle turned into a downpour and the river’s edge bulged 15 feet up the bank, swelling in a flash flood from the storm’s release upstream. Throughout the morning, we packed the boats and shuttled the camp multiple times to higher ground. The consensus of the team settled in: we weren’t going anywhere today. And it was in that unexpected time of nature’s stagnancy, we received the gifts of learning through conversation.

“When we think of the world, it is really one functioning body, just like our own bodies. The rivers are the body’s arteries,” described Ruth, “So, how can we expect to cut off the arteries and still have the body function? If you keep cutting arteries, it is only a matter of time before you are no longer ‘just’ losing limbs—you die.”

The Tuichi flows into the Beni River, where the initial series of dams are proposed. The first dam would displace 12 entire indigenous communities, and flood key unique ecosystems of Madidi National Park, one of which is a known location of an untouched Amazonian tribe, and all of which Bolivia’s constitution pledges to protect. Estimate project cost exceeds $2.5 billion not taking into account the construction of transmission lines, which, if carried out, Chinese investors (who contract out Chinese workers) will facilitate the construction.

Well-aware of the recent multiple dam failures in Colombia and Laos and of the potential drowning of her homeland and community, Ruth questions the project in terms of the cost, pay-back, where the power is going, who is benefitting and being harmed by the project, and the feasibility of its long-term functionality. The Tuichi and Beni, like many Amazon rivers, carry immense sediment loads, which could easily clog infrastructure after only a couple of years. As Ruth has learned more about rafting and kayaking, she’s become extremely interested in the potential of whitewater ecotourism development in the area. If carried out with the intentions of long-term local community benefit and conservation, whitewater ecotourism could both benefit local communities while maintaining the health of the river. 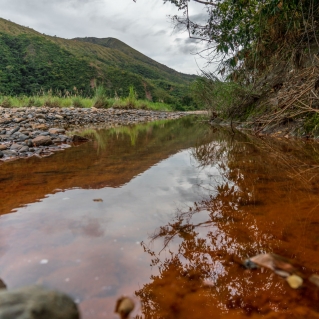 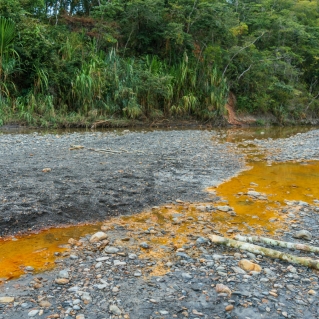 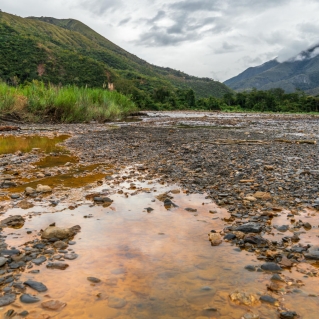 The whitewater of Bolivia is one of those off-the-beaten-path gems. Depending on the time of year, anything from steep-creeks to big water runs stack drainages. With intense gradient near the headwaters, the river gradually flattens out into more “family friendly” class II-III fun, all while cruising by tapirs, toucans, bush dogs, and jaguar tracks. While Turismo Extremo and a couple of other Bolivian-based companies run some raft and tube trips out of La Paz, there’s a lot more whitewater in Bolivia to be explored and it’s best accessed by hiring a logistics coordinator, such as Sergio Ballivian Photo Tours.

“The high plains and snow-capped mountains give way to thick jungles and vast areas of untouched wilderness,” describes Kalob Grady, professional kayaker and Head Coach for World Class Academy. “The incredibly diverse landscapes of Bolivia are home to trickling creeks as they begin their journey from the peak of the Andes and slowly grow to behemoth torrents as the rivers of the country all join the inevitable path through the rainforest to the Amazon river. The canyons and rivers of this country are full of instant classics and uncovered gems, we just need to go find them!” 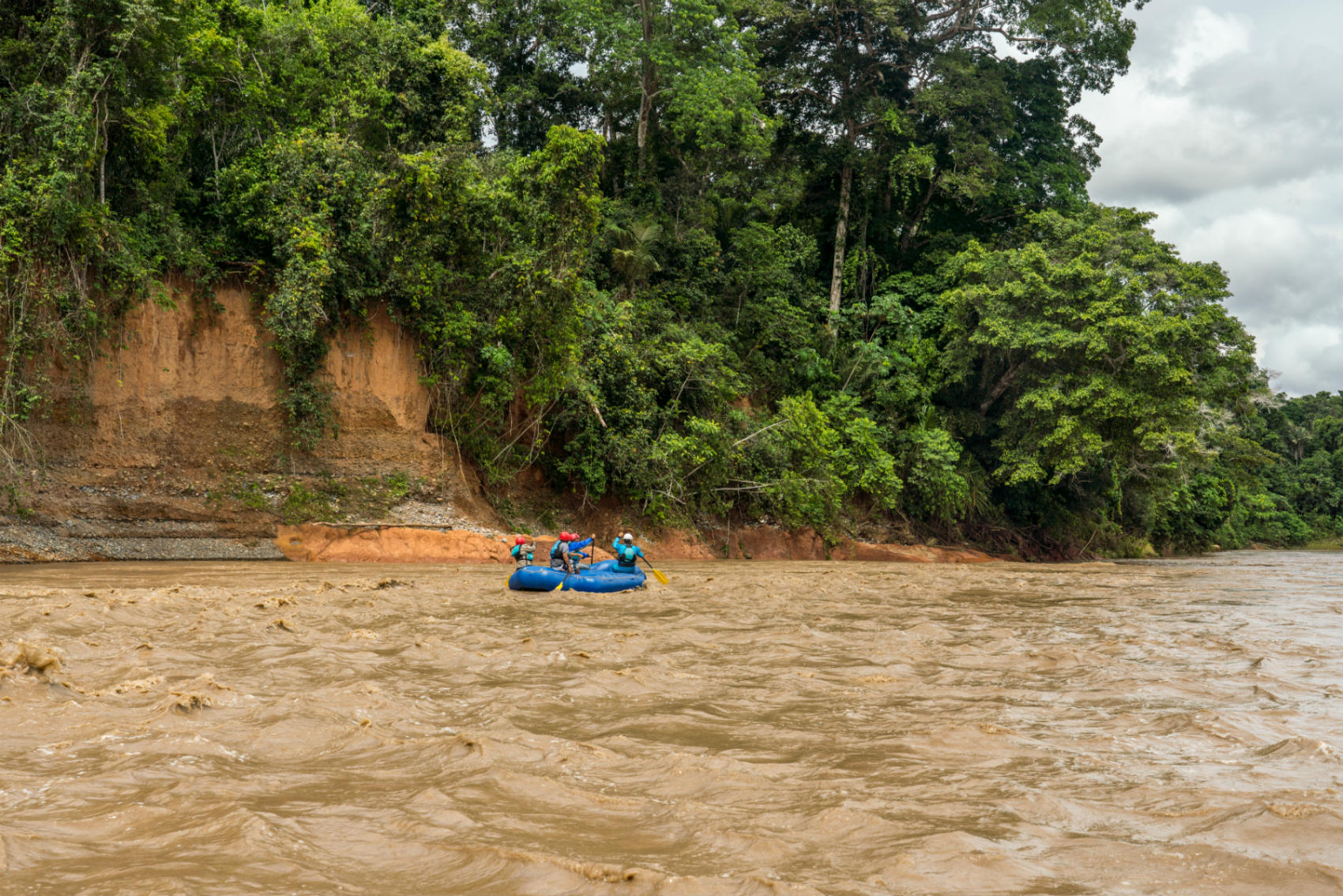 At the mouth of the gorge, the rain continued relentlessly all day. The team took turns waving socks and layers over the smoke of the stifled fire. Monitoring a makeshift stick gauge all day, we drifted off to bed to wake up to a slight drop in water. But the rain had stopped, and everyone began packing up.

The sun burned away the clouds and radiated into the steep canyon walls. Waves raged in non-stop rapids corner after corner. As with many river days, no one could quite describe it afterward, but Ruth may have done it best. “I want my kids to experience what I just experienced. And my community, and—everyone—it was,” she shakes her head with her bright eyes and big smile, “Increíble.”