Strangers and friends alike (too) often praise me for being “so brave,” when they learn I travel alone or when I set out for a new adventure. I never know how to respond. You see, the problem is every time someone tells me I’m brave I hear Buddy the Elf whispering in my ear, “You sit on a throne of lies.”  Me? Brave? Ha!

I understand that the perception is based on the final product: a woman traveling alone with her kayak. Sure, sounds brave to me. But brave is definitely not an adjective I would ever use to describe myself. The term ‘brave,’ especially in relation to a solo female traveler, somehow denotes that I’m devoid of fear. Which is really ironic because I feel afraid all of the time. No, really. From the moment I dream up a trip until I’m on my way back home, I’m afraid of something or someone or the mere potential of either or both. It’s a wonder that I manage to leave the house at all. 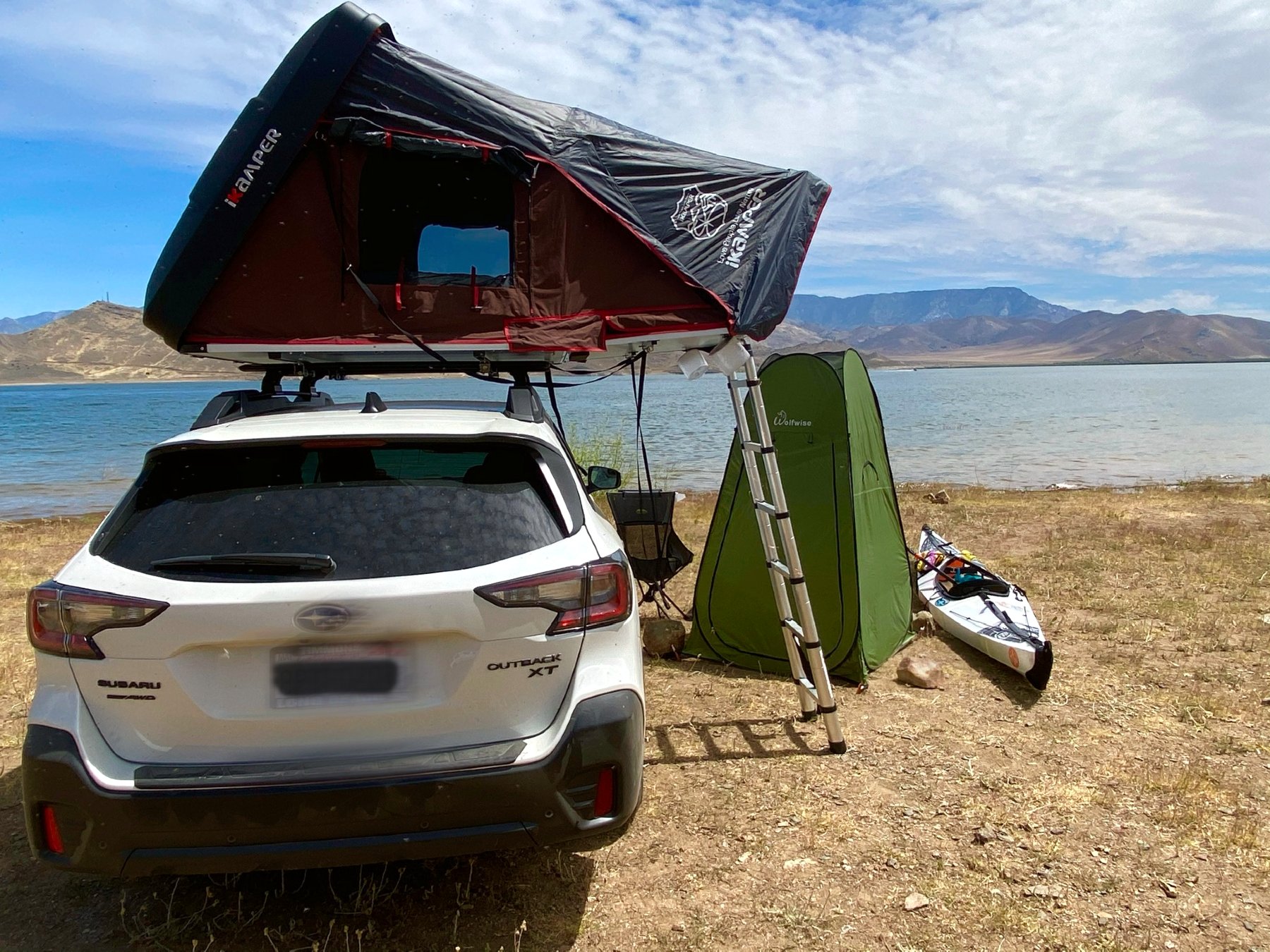 If you met me now, I can kind of see how you would be inclined to think I was always this fearless solo adventurer. I can assure you I was not. Like most people, I cross paths with the idea of doing many things alone was terrifying and stagnating. And while being alone wasn’t part of some well-hatched plan, sometimes it’s just where the hand you’re dealt leaves you. And if being a pediatric emergency room nurse has taught me anything it’s that life is way too valuable (and short) to spend time worrying about the things you can’t change.

So, when faced with the dilemma of waiting around for someone to go on adventures with me or find a way to have adventures on my own, there wasn’t really an alternative. I either find a way to confront my fears or spend my life waiting for someone to rescue me from my couch—aka not doing shit. So, instead of sitting on my arse, missing out on life as I drowned in self-pity because I wasn’t part of a “we,” I started to wonder if I was capable of living this awesome life as the only member of team Just Me. But it’s still much easier said than done. 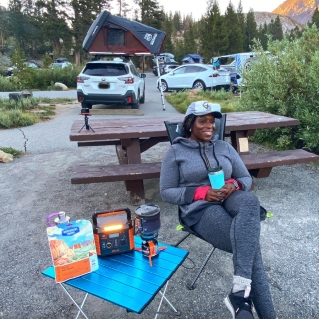 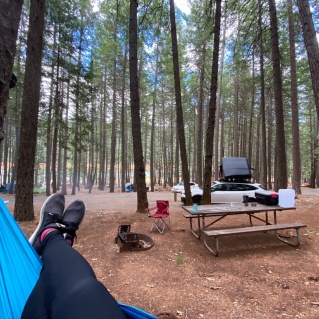 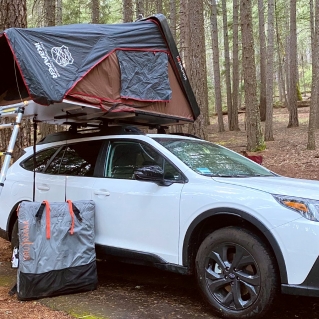 Fear is a tricky emotion and there’s something about doing things alone that makes it manifest differently. It doesn’t show up all at once. That would be too easy right? A bunch of scary thoughts enter your mind, you rationalize your way through them, and poof the fear is gone and you’re ready for adventure. Nope.

Instead, fear likes to trickle in slowly, like a leaky faucet. Each new fear builds on the previous one, slowly transforming a droplet of anxiety into a puddle. All the what-ifs swirl in your mind and leave you with so many fears you can no longer even see the possibility of having fun. And call me lucky, but my mind is really adept at conjuring up worst-case scenarios. I’m sure it doesn’t help that as a child I was an avid horror movie watcher, and keep in mind that I didn’t grow up with this awesome relationship with nature, so learning to be comfortable in it is all very new. Needless to say, if something can go wrong, I’ve probably thought about it and researched it for hours on end. 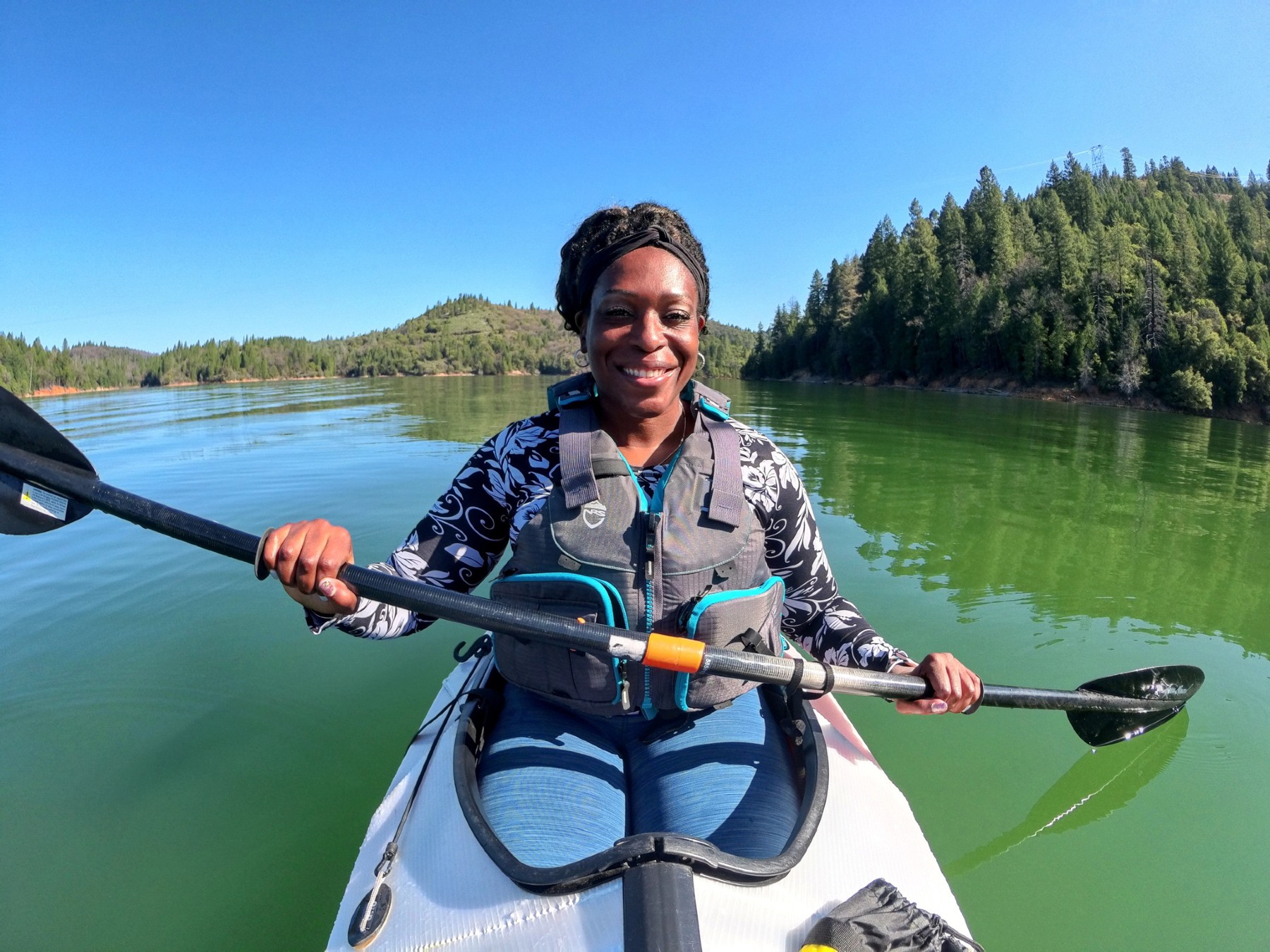 Google: Brown bear attacks in Inyo National Forest?
Google: Are bears attracted to the scent of human urine?
Google: How far should I pee from my tent?
Google: Mountain lions and human attacks?

Done that. Turns out a lot of my fears aren’t as ominous as they feel. Are they real? Yes. But just because it’s real, it doesn’t mean I’m in real danger. And sure my research might seem like overkill to the expert nature enthusiast, for me it helps reconcile the difference between the fears that are real and meant to protect me vs the irrational fears my mind comes up with as an excuse to talk myself out of something.

Turns out two things can be true, yes, people have died from bear attacks, but the chances of it happening are low, especially if you follow the rules of proper food storage and handling. Thanks, Google, I’ve got it. 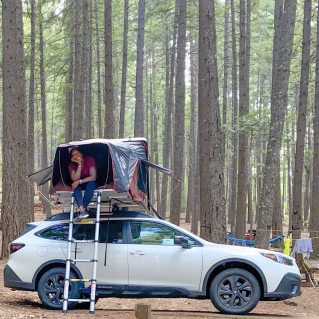 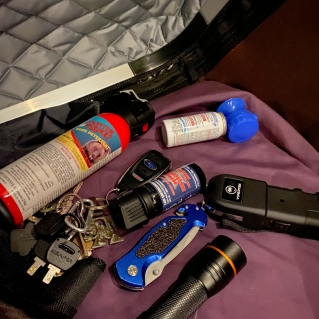 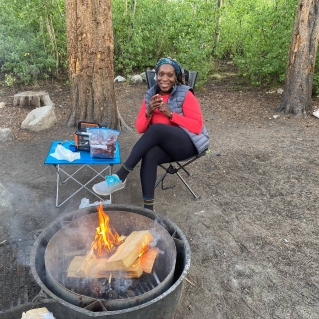 But despite the answers to those questions, does it prevent me from constantly making contracts with my bladder that if we can just make it to sunrise we can drink as much as we want up until 8 pm? Of course not, because after all, knowing is only half the battle right?

Predatory animals aside, what about humans? Yeah, I’m afraid of them too. Need I remind you I’m a single, black, female pitching a tent in places that few single, white, females venture alone? Have you ever practiced rolling over and engaging your stun gun in case an intruder enters? How about a pocketknife? The panic alarm on your car? Well, I’ve done it all and then some. Maybe one day I won’t need to sleep like Rambo, but until then if it helps me venture out so I can live out my dreams of waking up and kayaking on a picturesque mountain lake, then so be it. 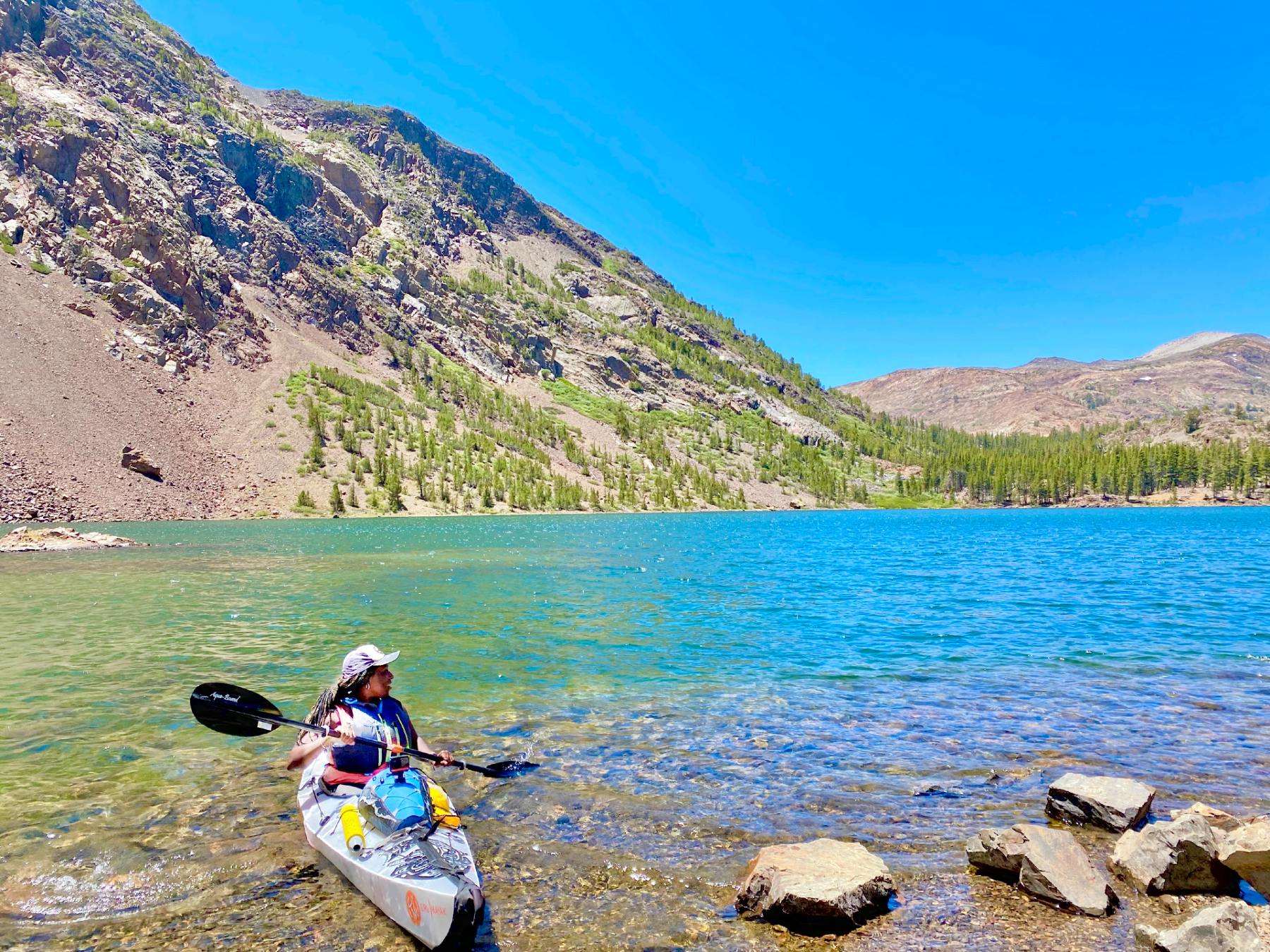 Regardless of how ridiculous things may seem to others, the only person that needs to be comfortable on this journey is the one who’s actually on the journey. I’m still learning as I go along, but if there’s one thing I know now with a few adventures under my belt is that bravery can’t exist without fear. What is there to be brave about if you fear nothing?  It’s not about overcoming my fears so that I can have adventures, instead it’s about choosing to face my fears so that I can have adventures. And maybe to some that’s brave. So maybe instead of struggling to find a way to respond when someone tells me I’m brave, maybe it’s just more helpful to have a conversation about “what are you afraid of?”