Past the shops, docks, sailboats and fishing boats of the small Swedish coastal town of Grebbestad, there’s a road that ends at a mustard yellow wooden building. The word Kajakcenter hangs in big blue letters across the front of the building, which looks out to the mouth of the harbor and the Skagerrak Sea beyond. It’s both the location and the racks of sea kayaks and gear that make it obvious—this is a place where adventures begin. 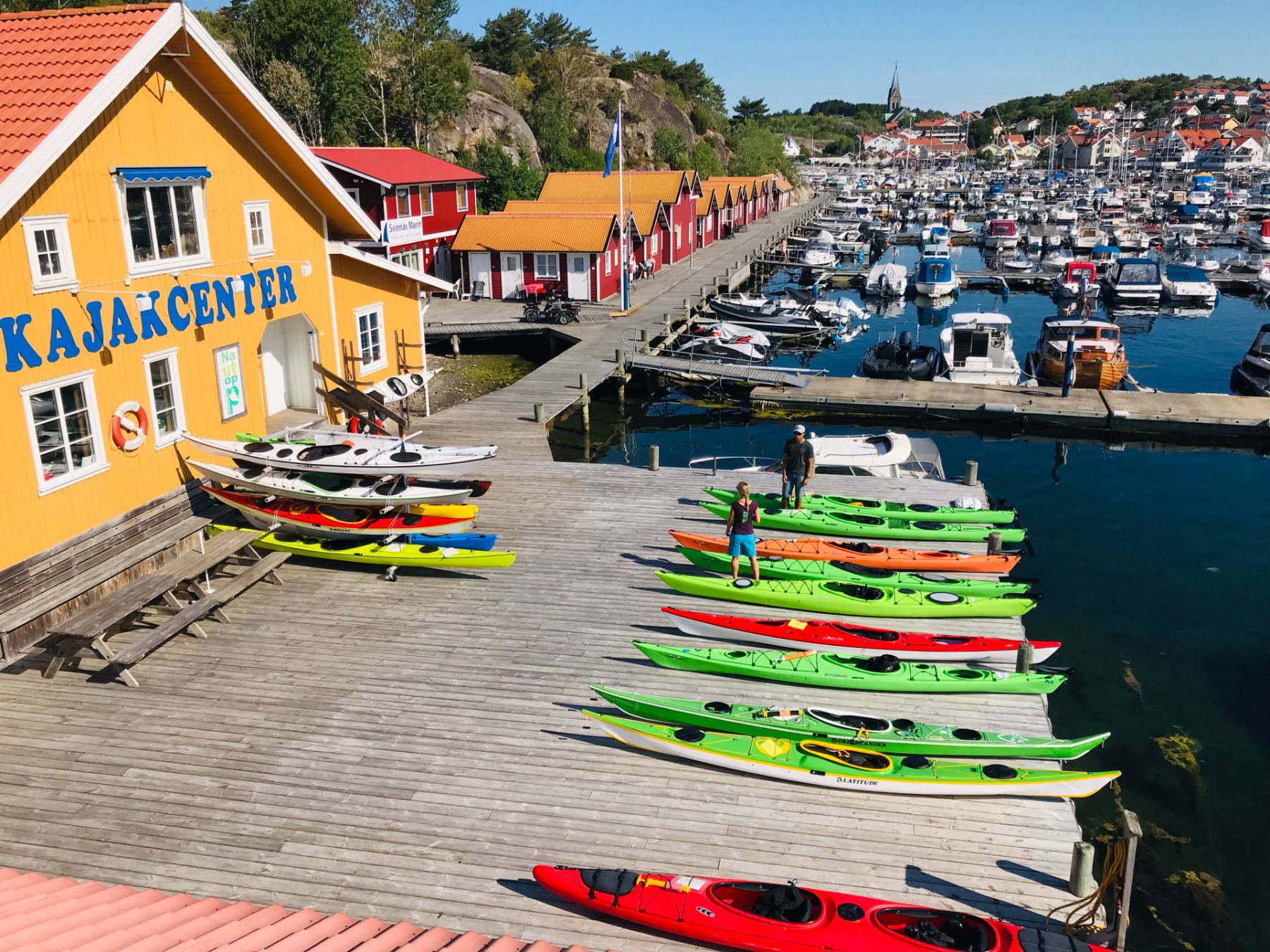 For Swedish sea kayak guide and instructor Torbjörn Söderholm, this adventure started in 2016 when he transplanted his existing sea kayak outfit to the fishing town of Grebbestad. Located halfway between Olso (Norway), and Gothenburg (Sweden), Grebbestad is a two-hour drive from both major cities making it an ideal launch point for adventures on the Skagerrak Sea which stretches between the two countries. Torbjörn’s home playground is now the rocky islands of the Bohuslän Archipelago of southwest Sweden.

Born and raised in Stockholm, the sea drew Torbjörn away from the city. His Danish wife and co-owner of Nautopp Kajakcenter, Kathrine, grew up exploring the sea with her family, so the move to Grebbestad was an easy transition for this sea-loving couple. “Together, we have developed our business and found our own way of life in Bohuslän, without losing our connection to our roots,” Torbjörn says. The sprawling, sun-bleached wooden dock in front of the Kajakcenter is where salty good times begin for people interested in SUP yoga, guided multiday kayak trips, or sea kayak workshops. But it’s also where Torbjörn puts his kayak in the water. Along with their two Irish setters, they explore the coastline by kayak, sailboat and SUP, and in the winters, they enjoy the landscape and nearby mountains on skis. 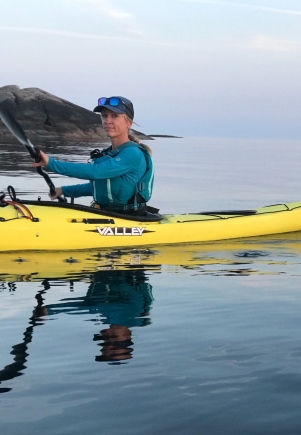 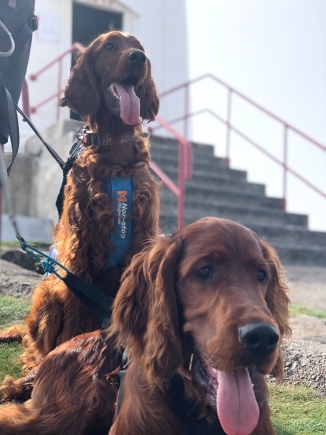 With a rich history of fishing and seafaring the Bohuslän region is a place of water people, both past and present. Unlike the steep fjords of northern Sweden, the sloping granite bedrock and dancing beige grasses of the northernmost part of the country’s west coast allows for sea kayaking multidays and accessible camp spots.

“It is an exceptionally good coastline to practice technical skills and leadership because of the protection of the islands and the connection to the open sea,” says Torbjörn. He admits that at times, he wishes for a bit more swell for surf, but he’s also ok with putting his kayak on the roof of the car and heading to park-and-play spots during windy days to play in the waves. On calm days, the region has world-class‘ rock hopping,’ a sea kayaking subgenre which involves the close exploration of arches, caves, stacks and cliffs. 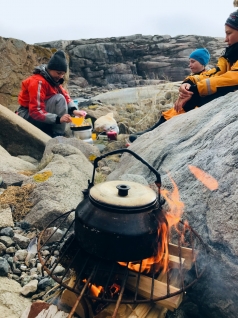 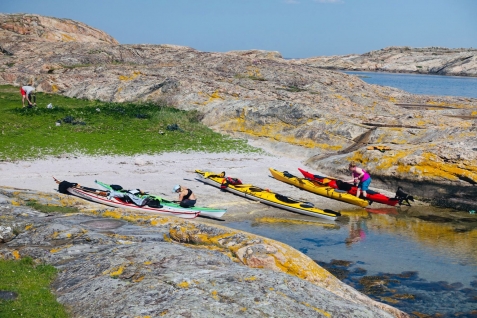 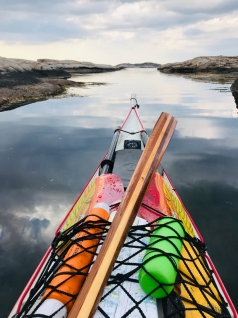 “My home waters are a beautiful combination of exposure and protection from elements, remoteness and yet [has] a small fishing village atmosphere,“ Torbjörn says. The coast provides rugged islands for wild camping with sandy beaches and crystal-clear water on the leeside, while the mainland is peppered with small villages known for high quality seafood and hearty hospitality. Torbjörn summarized the combination of landscape and amenities nicely: “Why not grab a bag of fresh shrimp or crayfish on your way out to an island for sunset?” 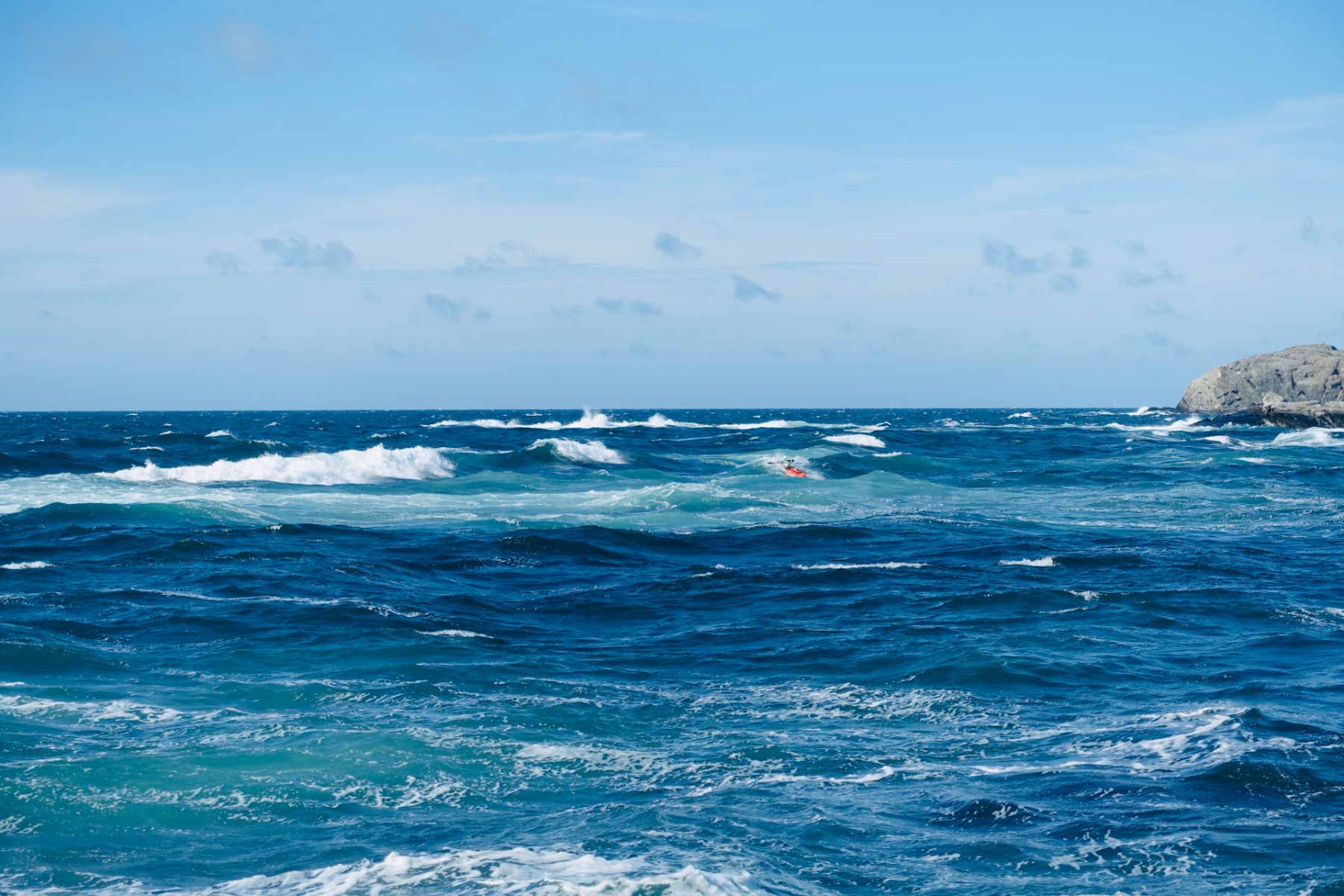 Running a small business in a town where the population can increase by as much as ten-fold during the summer, means that Katherine and Torbjörn need to make time to get on the water themselves. “The easiest way for us to let go of the stress of every day is put our boats in the water off the dock at the kayak center and just push away into stillness.”

In some ways, the couple’s close relationship with sea mirrors that of the people who have lived here for centuries. “This coastline (still) lives and breathes with the sea either for adventure, recreational purpose or commercial. Like it always has.” 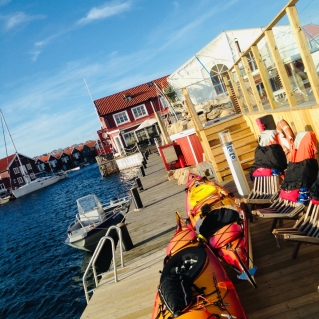 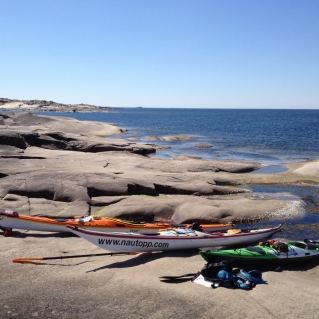 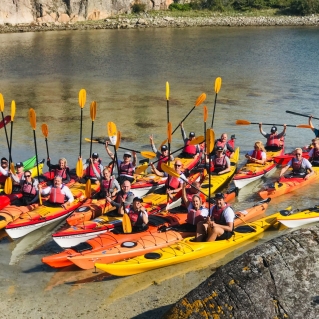