Home Waters: Rok Rozman and the Soča and Sava Rivers

To truly know your home river, you need to spend time in, on or beside the water, in all types of weather, through different sports and activities and through each season. To know one river so intimately is uncommon. And to know two rivers and to call them both ‘home,’ is quite unique.

Rok Rozman grew up within walking distance to the Sava River in Gorenjska, a mountainous northwestern region of Slovenia. On the Sava River, he learned to catch frogs, to fish and eventually to whitewater kayak. Through these activities, he got to know the river closely and from multiple perspectives. Twenty years later, he moved to another special river in Slovenia, one known by whitewater kayakers around the world–the Soča River, which winds from Triglav National Park and into Italy where it joins the Adriatic Sea. “Now, I can call both Sava and Soča as my home waters,” he says. “It doesn’t get much better.”

Slovenia is neighbored by Italy and Hungary to the west and east, and Austria and Croatia to the north and south, and the variety of landscapes reflects this unique geographical position. For such a small country, (Slovenia could fit into Italy 15 times), Slovenia has wild forests, mountain landscapes and an incredible number of healthy rivers. “When I’m on the Sava, I’m paddling deep green pools interwoven with mellow whitewater, surrounded by thick, dark forests, rich with smells of fir trees and mushrooms. If I’m early and careful enough, I can spot an enormous Danube Salmon at the tailout of a pool and sometimes a deer crossing the river.”

“When I’m on the Soča, I have less time to look around since the rapids of the great gorge demand quite a bit of focus. But in the pools between rapids, even after all these years kayaking this section, it’s almost impossible not to be amazed by the snow-white boulders pointing out from the emerald water and steep mountains in the backdrop.” 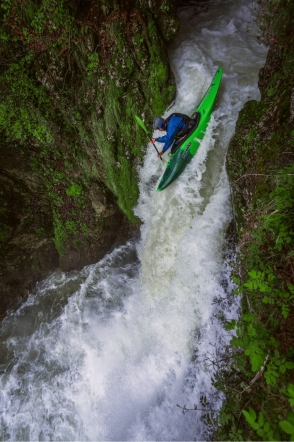 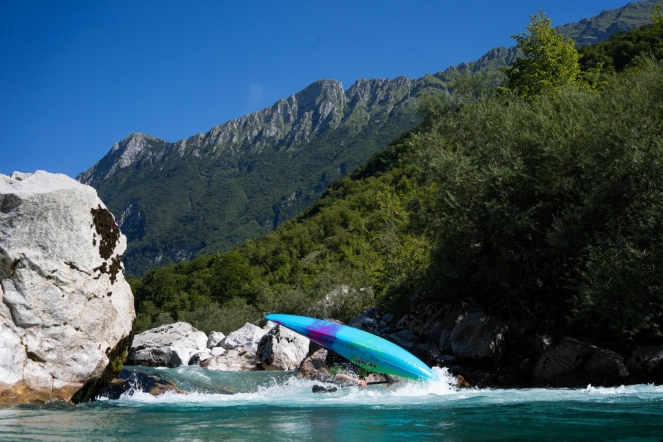 Rok moved from the river of his childhood, the Sava, to a river more suited to his year-round hobbies and lifestyle, which include whitewater kayaking, fly fishing, ski touring, paragliding and hiking. “But I still go back to the Sava Valley often,” he says. “There is only one river in the world where you learned how to kayak.” He admits that the style in which he learned to paddle would be considered extreme today. “No proper gear, no real knowledge and 20 centimeters of snow on the banks in early spring. We swam more than paddled in those first trips, but this was a real test for the love toward the river and adventure and this is what brings me (back) to the Sava again and again.”

Both watersheds offer more than just kayaking, and Rok finds that other mountain and river sports enhance his perspective and connection with rivers. “There are really cool hikes alongside the rivers, some unbelievable canyoning on the tributaries and world-class fly-fishing spots on both the Soča and Sava Bohinjka,” he says. “And, in the summer those gravel bars next to the deep pools make great places for overnights, picnics and snorkeling.”

Rok believes that spending time on a river is the only way to get to truly get to know it. And by getting to know a river, a respect and friendship is developed. “If you just cross a river in a car or a bike it is nothing more than a second or two of an unusual view. But spending time floating down the river brings you to a place in your mind where you get submerged in what some new-age enthusiasts call mindfulness. I simply call it exploring.”

For Rok, both the Sava and the Soča rivers cultivated a deep respect for rivers, and the desire to help to protect them, which led him to starting a river conservation NGO called Balkan River Defence. In 2016, he created a month-long river conservation action called Balkan Rivers Tour (BRT), where a crew of like-minded friends, kayakers, photographers and filmmakers, traveled the Balkan Peninsula to raise awareness about the threat of thousands of hydropower dams destroying rivers of his extended ‘backyard.’ In 2021, Balkan River Defence finished their fifth BRT which focused on fish and waterfowl research and on the production of a film about the Sava River, to be released in early 2022. 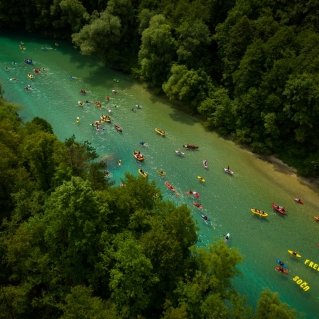 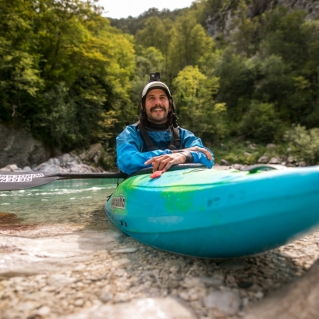 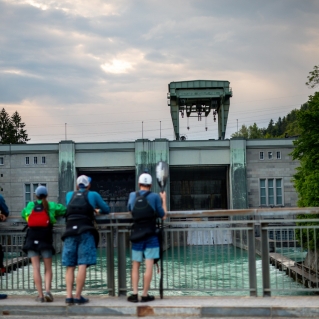 Some paddlers choose to move to be near a body of water they connect with–a place they feel at home. Some are lucky enough to grow up beside water, to connect with that water from a young age, and let it shape who they become and the decisions they make in life.

“Everyone has priorities in life. One of mine is living in a place that I’m in love with and then the rest follows.” 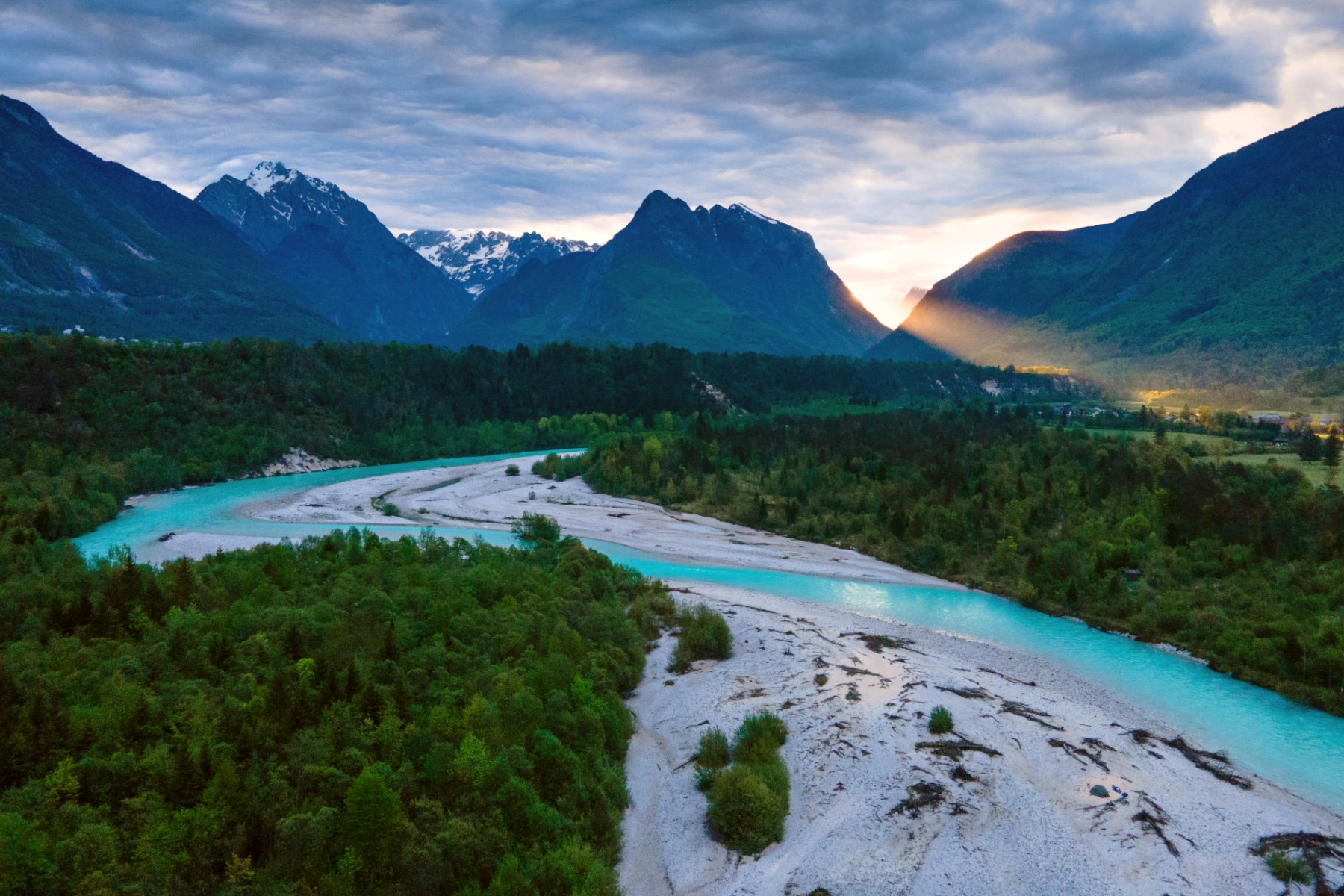