From flyfishing havens to whitewater excursions, the second installment of Wild & Scenic Wednesdays featured some of our favorite rivers right in our backyard. This month’s rivers come from our friends at Western Rivers Conservancy, which protects river lands and public access to outstanding waters across the West. Wild & Scenic Wednesdays are just one way we’re celebrating the 50th Anniversary of the Wild & Scenic Rivers Act. Learn more about how you can celebrate the 50th Anniversary and help NRS, American Rivers, American Whitewater, OARS, Yeti, Chacos and REI fight for 5,000 more miles of designated Wild & Scenic rivers at 5000miles.org.

1. The North Umpqua is one of only two rivers in Oregon that originate from snowmelt in the Cascade Range and flow through the Coast Range, directly into the Pacific.

2. One of Oregon’s premier whitewater destinations, the North Umpqua boasts more rapids per mile than just about any other river in the state.

3. In the 1930’s, Zane Grey, the famed sportsman and author of popular Western novels, maintained a cabin on the North Umpqua, where he spent much of the decade fishing (and doing a lousy job of keeping the river a secret, which he purportedly wanted to do).

4. The North Umpqua is likely the most legendary steelhead stream in the country, and one of the most famous in the world, all for its healthy runs of fish, spectacular scenery and treacherous wading conditions (which have led to plenty of epic swims).

5. The North Umpqua is fed by snowmelt that is trapped in volcanic soil and released during the summer months. This is what gives the river its clear, emerald-green waters and makes it one of the few West Coast rivers that are boat-able all summer long. 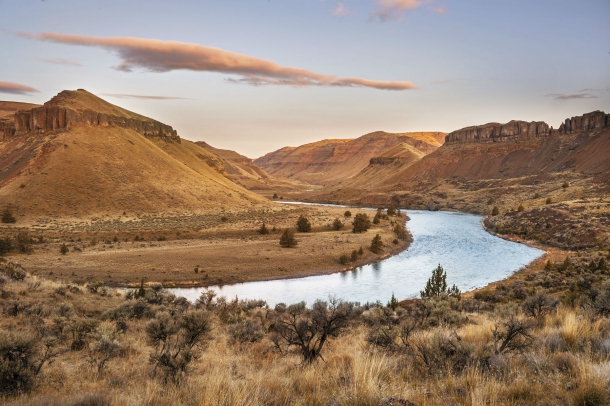 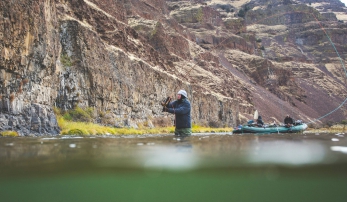 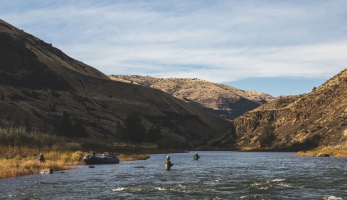 1. Oregon’s 284-mile John Day River is the longest undammed river west of the Continental Divide. (Surprisingly, it’s not the Salmon River, which gets disqualified by a weir in its headwaters).

2. The John Day has some of the longest stretches of gentle water on a Wild and Scenic River in the country, offering one of the longest easy paddle trips in the nation (until the water levels drop in early summer).

3. Originally called the Mah-Hah, the John Day was renamed after a white fur trapper, who was attacked, robbed and reportedly left naked in 1812 by a group of Native Americans. Settlers heading west would refer regularly to the spot where he was—ahem, sunburned—and, with time, it became known as the John Day River.

4. The John Day carves out canyons that reveal nearly 40 million years of geologic history, exposing some of the most extraordinary fossil collections in the West.

5. The free-flowing John Day River supports the healthiest run of wild summer steelhead in the Pacific Northwest and the largest herd of bighorn sheep in Oregon.

1. The Salmon River flows through the largest roadless areas left in the Lower 48, including the 2.5 million-acre Frank Church-River of No Return Wilderness

2. Salmon and steelhead swim over 900 miles from the Pacific Ocean to their natal waters in the Rocky Mountains, making this one of the longest anadromous journeys on earth

3. The Salmon River, when combined with the Snake River downstream, is one of only two rivers in the West that offers an extended river expedition of more than 400 miles without dams.

4. Between the towns of Salmon and Riggins, the Salmon flows through a canyon almost five thousand feet deep and nearly two hundred miles long, a stretch of water that earned the river its nickname “River of No Return.” Prior to modern craft, you could descend this stretch, but never get back up.

5. Modern-day sweep boats (massive rafts with oars positioned fore and aft) were born on the Salmon River, originally as scows. Scows were wooden boats that transported gear downstream from Salmon in the late 1800s and were then dismantled in Riggins because there was no return upstream. 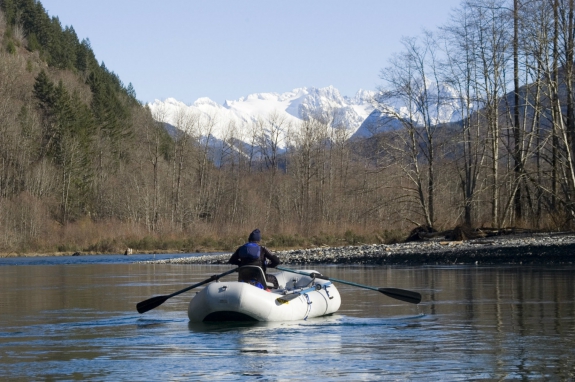 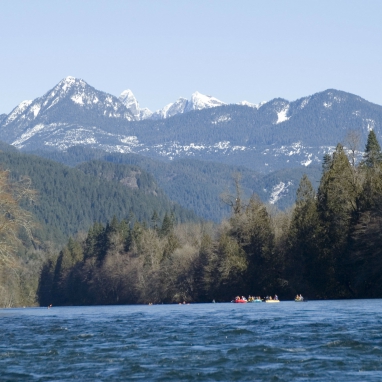 1. When Congress passed the Wild and Scenic Rivers act in 1968, it identified the Skagit as one of the first rivers to be studied for inclusion in the Wild and Scenic system. The river finally received that status in 1978, when 158.5 miles were officially designated.

2. The Skagit River is fed by over 2,900 tributaries and pours up to 10 billion gallons of water every day into Washington’s Puget Sound. That’s over 20 percent of all the water flowing into the sound, making it the inlet’s largest single source of water.

3. The Lower 48’s largest wintering population of bald eagles comes to the Skagit River every year to feast on chum salmon carcasses. This natural wonder draws thousands of people, who are eager to view the hundreds of baldies that congregate on the riverbanks and in old growth trees along the river.

4. The Skagit River system is home to four Native American tribes—the Upper Skagit, Sauk-Suiattle, Samish and the Swinomish. Their ancestors arrived in the Skagit River Valley at least 10,000 years ago, when they adapted to the rugged but abundant landscape that was newly uncovered from the melting of massive glaciers extending across northern Washington.

5. Today, 394 glaciers still feed the Skagit Wild and Scenic River System, more than any other river in the Lower 48 states.