Squirt boating is a unique form of whitewater kayaking or canoeing in which the boat is designed to be as low in volume as possible while still allowing the paddler to float. Squirt boats can be used for river running, but are most commonly used for performing tricks on eddy lines, in flat water, or for the “mystery move,” which is where the paddler uses the current to get completely submerged under water.

You’ve probably seen a squirt boater somewhere on the river. Paddling an insanely thin, long boat with no physical paddle, you might not have even realized what they were doing. If the thought crossed your mind that this strange boater had to be uncomfortable, you wouldn’t be the only one. But trust me, regardless of your initial impressions, you should give it a try. 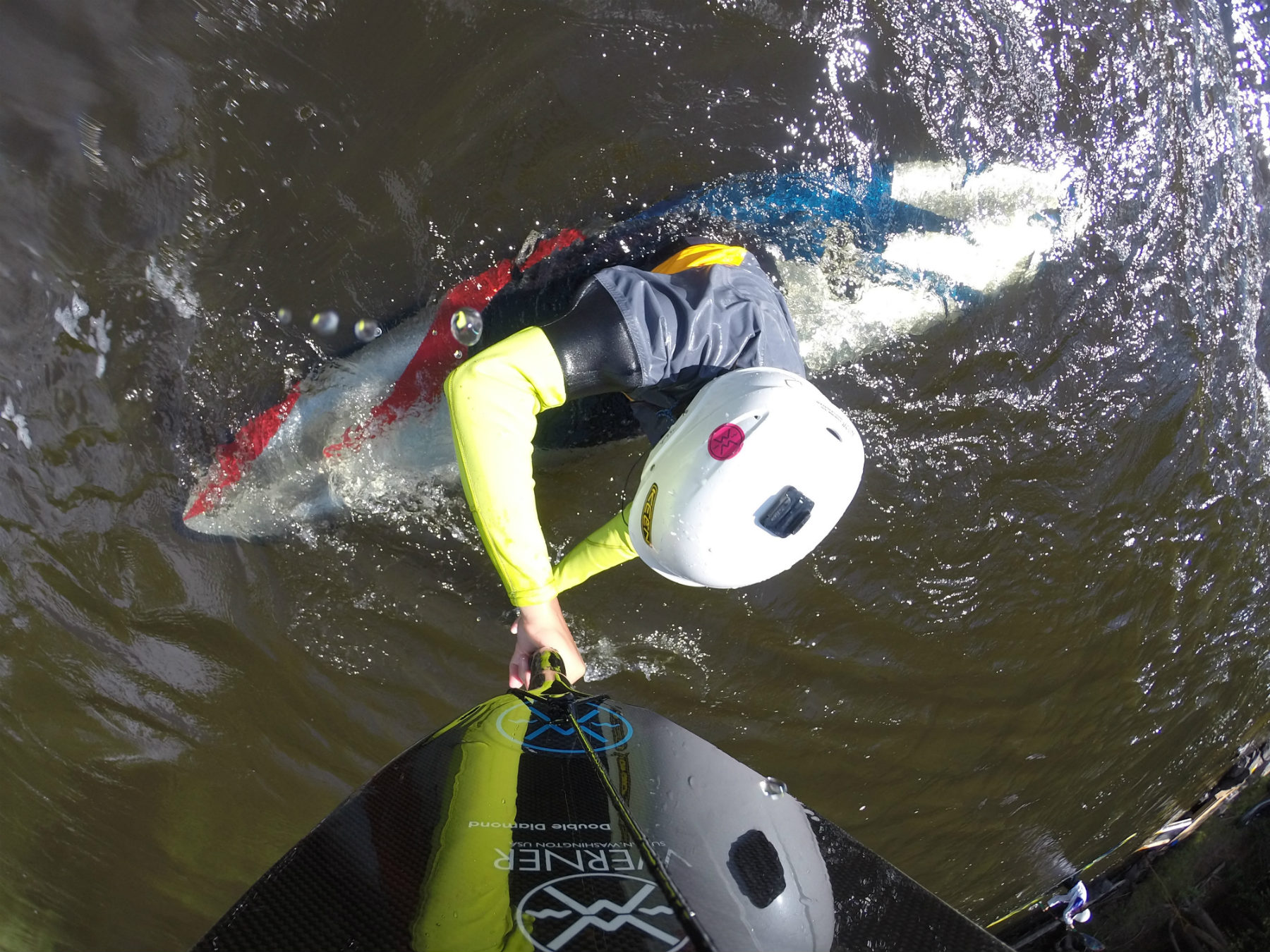 Squirt boating started with slalom boats and the pivot turn. Slalom paddlers would dip the stern of their boat into the water until their bow stood vertical allowing them to make a quick turn around a gate. Boaters realized this was an easy way to turn the boat but also thought it was super fun to do. The pivot turn morphed into the stern squirt.

The only problem was, the boats of this era were big and not easy to stern squirt. In the early 1980’s, Jess Whittemore designed a boat that would be easier to squirt than the current boats on the market. Then, Jim Snyder took the idea further, making skinnier boats designed to do more tricks under water. These guys really started pushing the limits of what could be done in a kayak.

I took up squirt boating sort of out of the blue while competing in the women’s kayak class at the 2009 Freestyle World Championships. Turns out they didn’t have enough countries competing in the squirt boat class and for whatever reason, I was asked to compete. I borrowed a buddy’s boat and in the short time I had to “train,” he and other squirt boaters taught me basic flatwater tricks—I busted out mediocre cartwheels, splitwheels and stalls and somehow managed a 7th place finish. 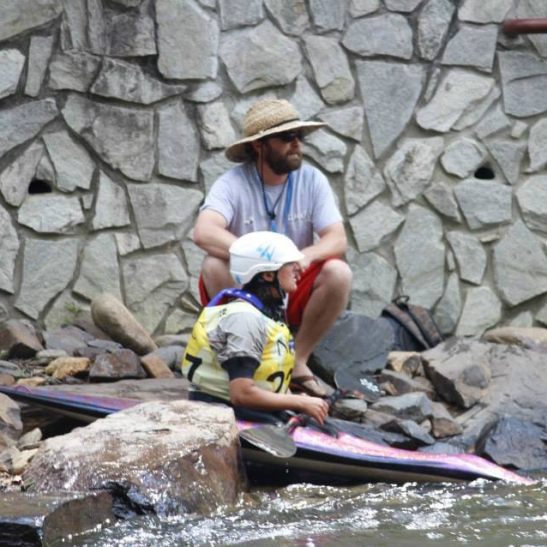 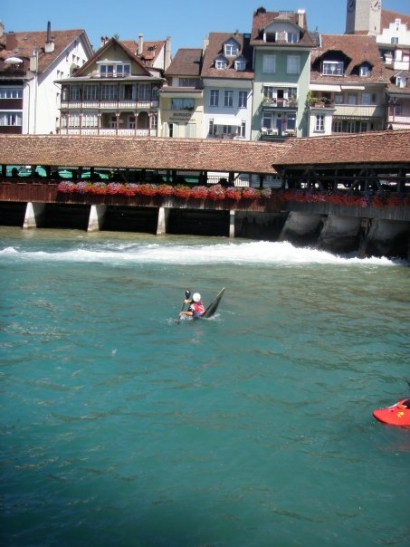 Four years later, I hadn’t been back in a squirt boat since, but during the US Team Trials in 2013, I borrowed another friend’s boat on the encouragement of boating legend, Risa Shimoda. I told her if I made the kayak team I would not only compete in squirt, I’d even buy my own boat. I made the team and started shopping.

When I learned how to squirt boat it definitely helped that I was already an advanced paddler but you don’t have to be a kayaker first. There are paddlers out there that started paddling in a squirt boat. Having confidence in a kayak and a solid roll will be an advantage when first starting out in a squirt boat, but just like learning any new style of paddling, it can be done with absolutely no kayaking background.

One of the reasons I really took to squirt boating was I needed my paddling to go in another direction. I didn’t want to push myself anymore in class V. I wanted that same adrenaline rush without letting go of so much control. Squirt boating does that for me. I love the challenge of seeing how long I can stay underwater. Long mystery moves give me the same adrenaline rush as class V drops. 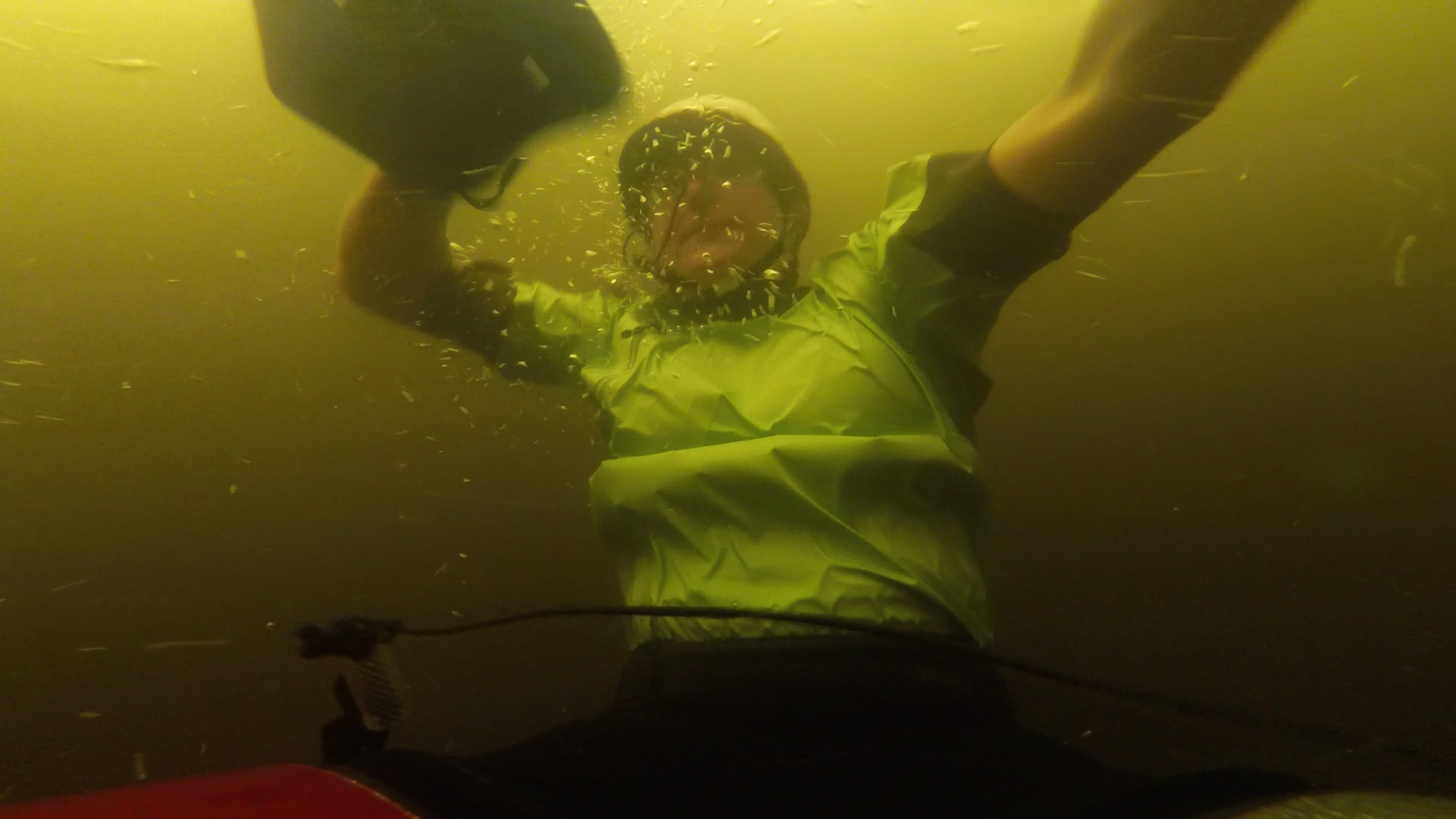 The best way to try squirt boating is by going to a squirt boat gathering—yes, it’s a thing. I’d recommend the Jimi Cup held in late July on the Ottawa River in Ontario. Mystery Worlds is another great event, but it’s held at a different location every year, which makes it harder to plan for. But gatherings happen all over: there’s the Leslie in Tennessee, CJ in Massachusetts, the Alley in West Virginia, the Weasel in Oregon, and Sparrow Cliffs in California—just to name a few.

If you don’t know any squirt boaters, fear not, I can almost guarantee a quick post on Facebook and someone will help you find a spot. The squirt boating community welcomes new paddlers with open arms. They’re keen to offer great advice on how to paddle a squirt boat and better yet, they’ll let you try out their boats. This is clutch because if you’re like me and don’t want to invest in a custom order for your first boat, you can (and should) skip the Craigslist search and take advantage of these gatherings to sit in different boats.

The first thing to do once you fit into a squirt boat is paddle it around in the eddy and do some rolls. The goal is to get a feel for how the boat responds to your paddling style. Then, start paddling in and out of the eddy and feel how the boat reacts in the current. Having good edge control will help you get more comfortable in the boat. If you know how to cartwheel or stern squirt in a whitewater kayak now is a good time to try. If you don’t know how and want to learn just ask someone in the eddy for some help. Hopefully, after some time playing around in the boat you’re ready to try a Mystery Move.

Contrary to my initial assumptions, mystery moves aren’t super easy to do. The first part of a mystery move is dialing in your Charging Arc, known as Charc. The Charc is the angle of your boat as you enter the eddy line or feature you’re using to start your mystery, or at least that’s my interpretation of it. I’ve noticed that all paddlers have their own style of charc.

It’s a bit tricky to control the boat when you’re learning but, on the plus side, your cartwheels will improve. Like anything the more you practice, the better you’ll become. The key to getting your mystery is how you charc in and flat spin your way underwater. Keeping your boat flat spinning is key to the mystery move. 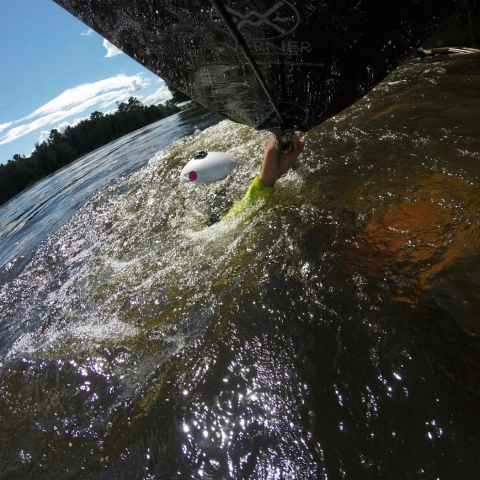 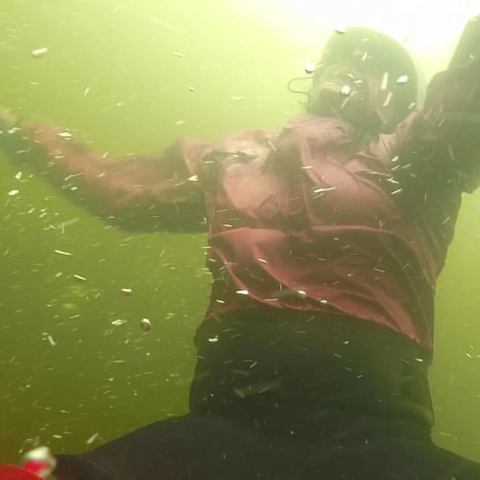 Take the opportunity to watch how boaters are getting down time. Down time is how long you stay underwater during your mystery move. Watch every move they make from each stroke they take, boat angle, head and body positions, how fast they’re moving, where they’re entering, or how they’re lining up their boat to a specific rock or tree. It’s amazing what you can learn by just watching other boaters.

There are two ways to resurface, both of which are fairly easy: slow and controlled or—as I like to call it—the “oh shit” way. To surface quickly without control, lie on your back deck and shoot to the surface like a torpedo. Cross your fingers you don’t pierce someone at the surface. The other squirt boaters always have a good laugh when someone comes up from the depths like that. Coming up controlled is a learning process but it’s akin to a slow doggy paddle while keeping your boat flat.

Back in 2013 when I first started squirt boating I could immediately see an improvement in my freestyle kayaking. It made me more aware of my edges; I realized how a boat could react to the smallest of movements. Four years later, I competed at the 2013 World Championships in kayak and squirt. I came in 5th place in squirt boating and 8th place in kayak. Trust me, it won’t take long before you’re hooked on squirt boating. You’ll realize surfing underwater is a blast and the longer your mystery moves are, the more fun you’ll have. And if it improves your overall paddling, then how can you say no?