March’s Wild & Scenic Rivers were sponsored by H2O Dreams, a paddling school based out of Saluda, North Carolina with an emphasis on creative, empowering instruction that seeks to redefine how paddlers connect with rivers and themselves. Wild & Scenic Wednesdays are just one way we’re celebrating the 50th Anniversary of the Wild & Scenic Rivers Act. Learn more about how you can celebrate the 50th Anniversary and help NRS, American Rivers, American Whitewater, OARS, Yeti, Chacos and REI fight for 5,000 more miles of designated Wild & Scenic rivers at 5000miles.org. 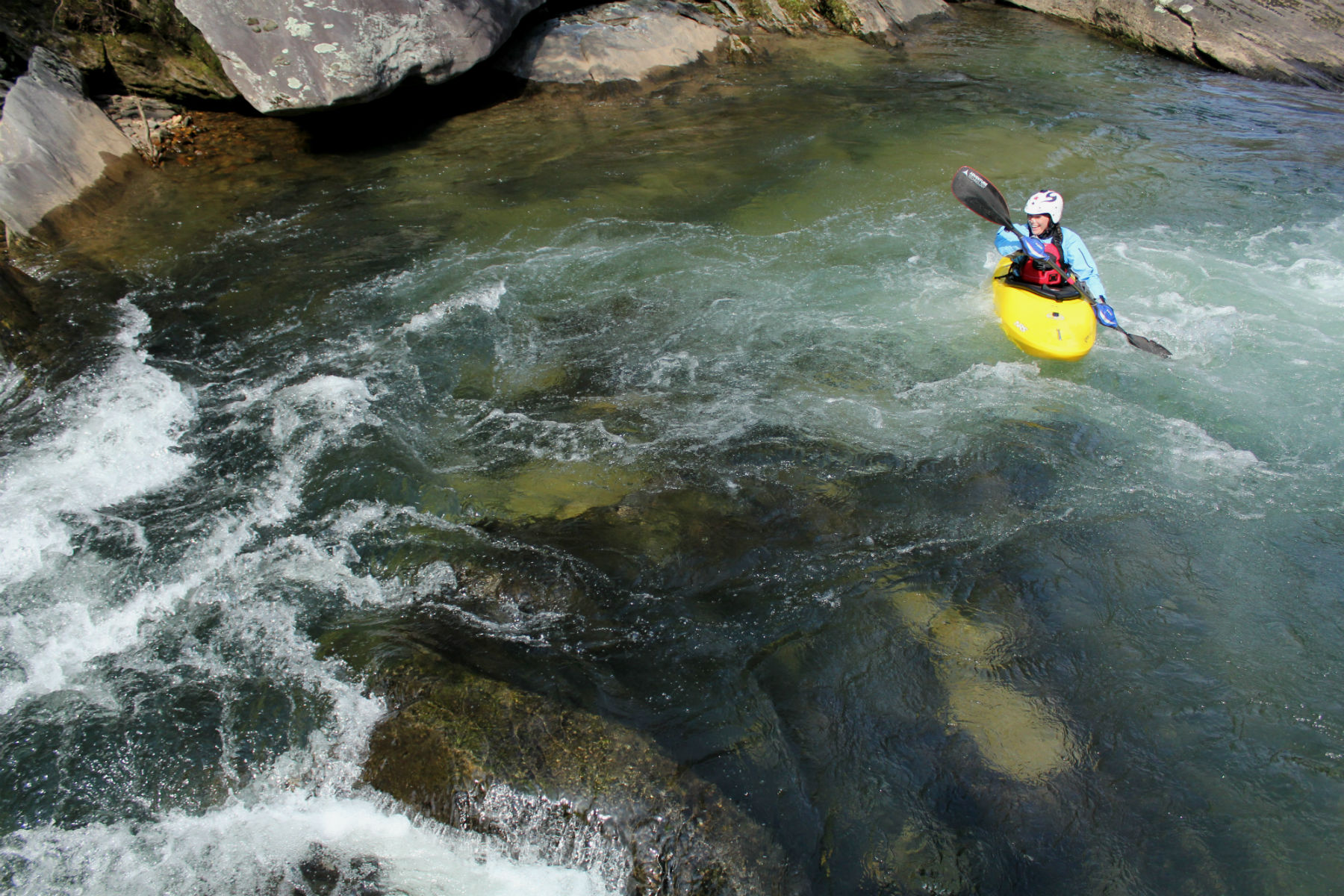 1. This ultra-classic southeast run terminates with a more than two-mile ‘lake paddle’ through flatwater created by the damming of the Chattooga and Tallulah Rivers in the 1920s. That’s right, the Chattooga shares the same ‘lake’—Lake Tugalo—with another fabled Southeastern run: the Tallulah River, which flows in from the other side.

2. The Chattooga is one of the oldest commercially rafted rivers in the country, with operations beginning as far back as the early 1970s.

3. The Chattooga River boasts more than 60 miles of river running from man-made impeders, giving the Chattooga special status as one of the longest, natural flowing waterways in the Southeast.

4. Until 2012, recreational boating access was restricted in the headwaters of the Chattooga, known today as Section 00 and Section 0. American Whitewater worked for several years to negotiate a partial lift of the restrictions so that boaters can paddle these enigmatic sections at pre-determined flows, December through April.

5. Free-flowing, remote, and stunningly scenic, the Chattooga and its varied sections offer Southeastern boaters a rare chance for overnight or multi-day trips with that wilderness expedition feel that’s tough to achieve East of the Mississippi. Intrepid adventurers should gain a float permit and refer to National Forest rules for by-the-book camping. 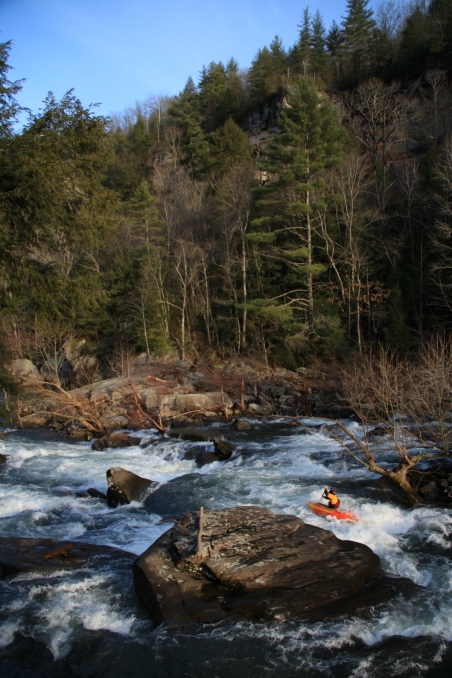 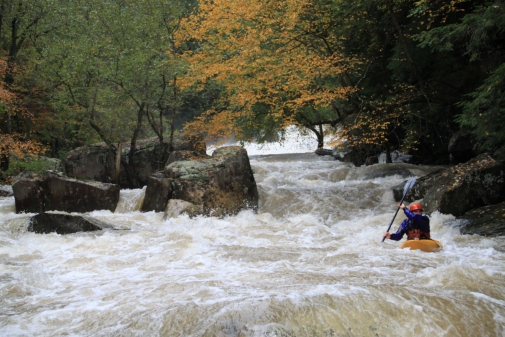 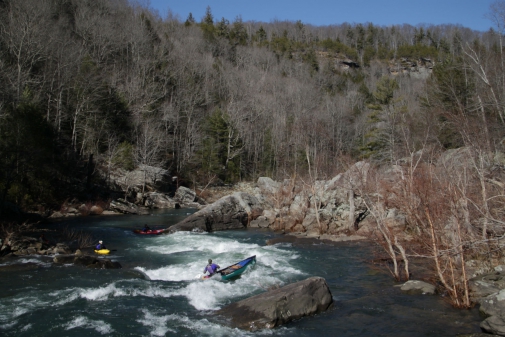 1. The full Wild and Scenic designation for the Obed River is comprised of several of its tributaries including Clear Creek, Daddys Creek, and Emory Creek.

2. Folklore suggests that the Lilly Bridge, a popular access point for Clear Creek, was named after one of its two builders. Mr. Lilly won naming rights for the bridge after besting his fellow builder, Mr. Howard, in a fistfight.

3. The recreational mecca of the Obed system almost wasn’t what we know today. In the 1960s, the Tennessee Valley Authority proposed a downstream dam project that would have flooded the canyons above. Thankfully, a motivated group of citizens in the area were able to prove the worth of preservation over damming, leading to Wild and Scenic designation a few years later.

5. The Nemo Access for the Obed River was named after the former railroad settlement of Nemo. A 1929 flood destroyed much of the town, and very few residents returned to rebuild; another brutal flood in 1940 saw even fewer folks returning, and the community eventually declined and deserted with no one living there any longer. Ironically, Nemo is Latin for ‘no one.’

1. The Horsepasture River along the state line of North Carolina and South Carolina is one of the nation’s shortest stretches of Wild and Scenic river clocking in at only 4.2 miles in length.

2. The achievement of Wild and Scenic status in 1986 was precipitated by an effort to dam the Horsepasture two years prior. Locals caught wind of the project and were able to rally enough support to not only prevent the damming but to gain State Natural and Scenic River status in 1985 before attaining the national stamp as well.

3. While the designated stretch of river may be short, it makes up for it in gradient, dropping more than 500 feet in the 1.5 mile section that normally gets paddled, including the iconic Stairstep Falls.

4. Part of the Jocassee drainage, a quick look at the surrounding area explains the Horsepasture’s astonishing gradient; home to dozens of waterfalls, the Blue Ridge Escarpment that includes the Horsepasture and other similar runs—the Thompson, Whitewater, and Toxaway Rivers—is essentially where the Blue Ridge Mountains fall off to become the Carolina foothills.

5. It’s tough to understand where the Horsepasture derives its name given the steep geology in the area, but it goes back to the pre-dam days of ‘Lake’ Jocassee. An alluvial plain was formed by its confluence with the Toxaway and Laurel Fork Creek, once popular for grazing livestock. The name of the area stuck although the plain itself has been underwater since the 1973 construction of the Jocassee Dam. 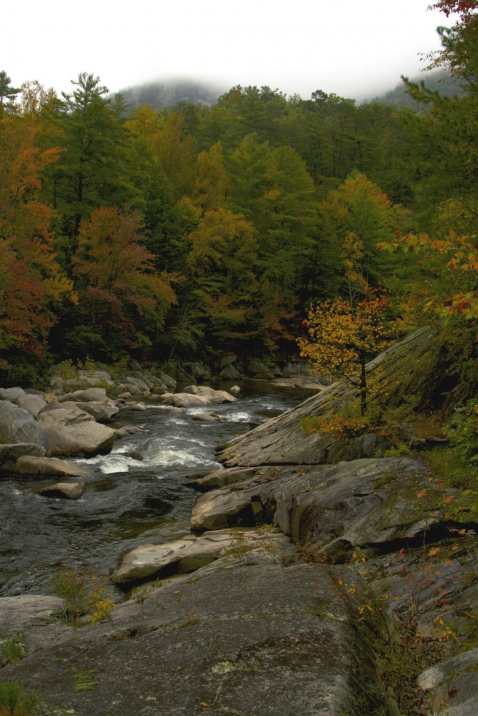 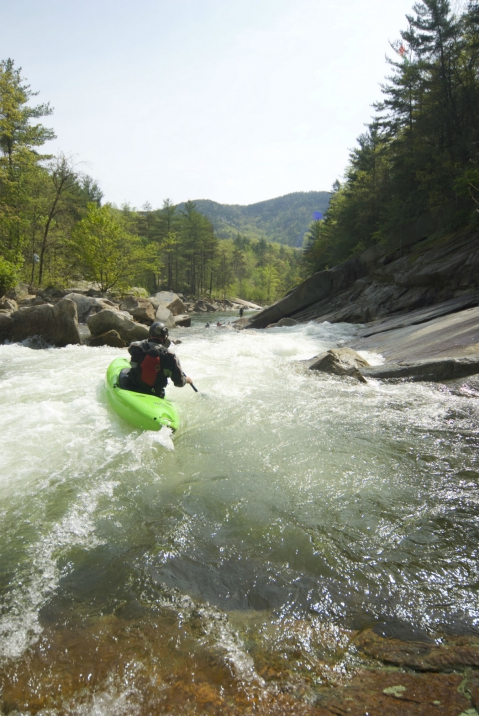 1. Wilson Creek’s most popular section, known simply as “The Gorge,” boasts Forest Service road access along all of its short but sweet two miles, making this stretch perfect for multiple laps and self-run shuttles.

2. The Wilson Creek area was originally known for a burgeoning lumber industry, with a sawmill operating upstream of the Class III-IV gorge in a small settlement called Mortimer. In 1940, the river flashed to more than 90 feet (today it averages less than a foot), destroying the town and future efforts to rebuild.

3. Boaters, bikers, anglers and hikers can enjoy modest Forest Service camping upstream of the gorge at Mortimer Campground to make a weekend of adventure; the campground was originally established by the Civilian Conservation Corps (CCC) back in the 1930s.

4. Wilson Creek carves between two ridges, one of which is the fabled Brown Mountain, well-known for the legends surrounding seemingly inexplicable lights that can sometimes be seen from atop the ridge on the Blue Ridge Parkway. Skeptics credit the lights to trains and automobiles around the gorge, though proponents of the mystery maintain the lights continue even when roads and railways are out of service, or power is out in the area.

5. Wilson Creek’s granite bedrock geology provides for a unique paddling experience in Western North Carolina. Over time, the river has carved out channels that allow the river to be paddled at a wide range of flow, from summertime ‘extreme-low-flow’ with eddy lines and splats galore to as high as your heart rate can handle after a good rain, there’s always an opportunity to shred on this Southeast staple.