Paddling through History on the Upper Missouri River

The math boggled my mind. I stood on the banks of the Missouri River in Fort Benton, Montana, watching the 30,000 cfs roar past me on its way to the Gulf of Mexico. But here I stood, some 2,200 miles upstream from the Gulf and from St. Louis, Missouri, where the Lewis and Clark expedition had set out from in 1804 to find a northwest passage to the Pacific Ocean.

And here I stood contemplating that in just two generations we’ve gone from riverboat explorers on the Missouri River, to high-speed internet. 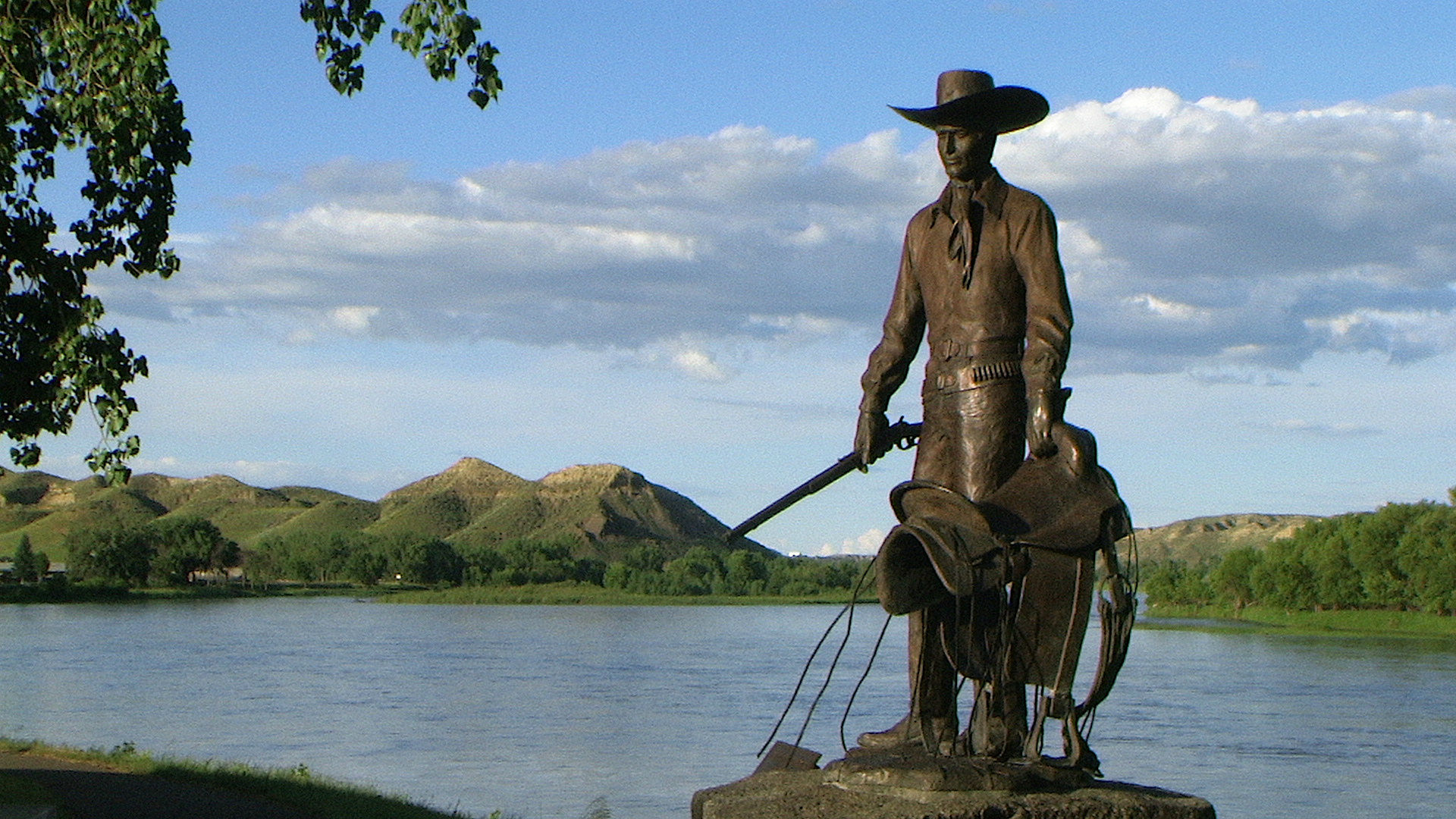 The Lewis and Clark Expedition came right through this spot in Fort Benton, where they landed and spent time exploring a nearby fork of the Marias River to investigate whether the Marias was, indeed, the northwest passage. It was not.

The Missouri River is the connection to the east and west in the United States and the river directly connects how the West was won—or at least how the Montana territory was settled. Fifty years after Lewis and Clark had made their way upstream through here in their pirogues, a lively paddlewheel steamship business began operating on the Missouri River all the way from St. Louis to Fort Benton, Montana, where the pioneers disembarked and began settling the upper West. Remains of the steamship docks and piers can still be seen around Fort Benton, reminders of our history.

And that’s where this story starts—as a trip through western history—and down the Mighty Mo’ through the Upper Missouri River Breaks National Monument. I had been sent to Fort Benton a month before this trip on an assignment to write a story about President Trump’s plan to downsize or remove national monuments around the United States. At about 400,000 acres, the Upper Missouri River Breaks National Monument was on the list, and locals were furious—on both sides of the debate. 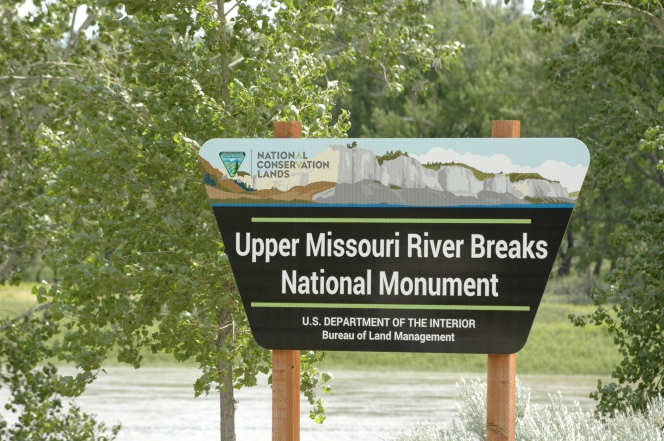 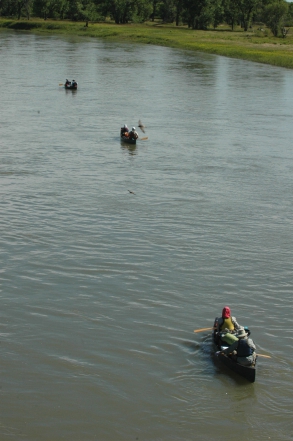 Fort Benton is a microcosm of Montana towns, where traditional activities like ranching and farming stand right next to new-age yoga retreats and tourism-based businesses.

Those social standards, traditions and cultures sometimes clash, and when the Upper Missouri River Breaks National Monument became a political issue with President Trump and Secretary of the Interior Ryan Zinke, Fort Benton residents quickly took sides. Much of the animosity dates back to when President Clinton signed the monument into effect as one of the last items he accomplished in office. Some people cheered; monument status offered protection, while extractive-industry advocates said the monument took away their right to drill. (Eventually, Zinke and Trump capitulated and didn’t remove or reduce the size of the Upper Missouri River Breaks National Monument.)

Fort Benton is a charming Montana town of about 3,500, with its Main Street facing directly onto the Missouri River. The river is the heartbeat and pulse of the town and it’s a reference point locals make in their daily conversations. The river divides and it connects in this remote landscape on the upper Missouri River. There are few bridges, and they’re miles apart. Two ferries downstream from Fort Benton carry one to two cars at a time.

So, with all of this background on the politics of the Missouri, I set out to discover the heart of the upper Missouri. I put on the river with three friends just below Fort Benton in late July, as river flows were starting to get into their mid-summer doldrums. With about 15,000 cfs, we’d be able to make good time down the river—but we’d have to push 20 miles a day.

I’m a dirtbag whitewater kayaker from Missoula, Montana. I started boating back in the early 1980s, when kayaking wasn’t really a thing; back when if you saw a kayak on the top of a car you pretty much knew whom it belonged to. After having kids in the 1990s, I transitioned to rafting so I could pack along their creature comforts. Now, with my children older, I’m back into whitewater boating and have fallen in love all over again with the sport that captured my heart some 35 years ago.

But the upper Missouri River on this section has no whitewater. And since I had sold my raft, I loaded up not one, but two, of my whitewater boats, lashed them together and in the spirit of pioneers I set off down the Mighty Mo’.

I got some strange looks but hey, it worked. 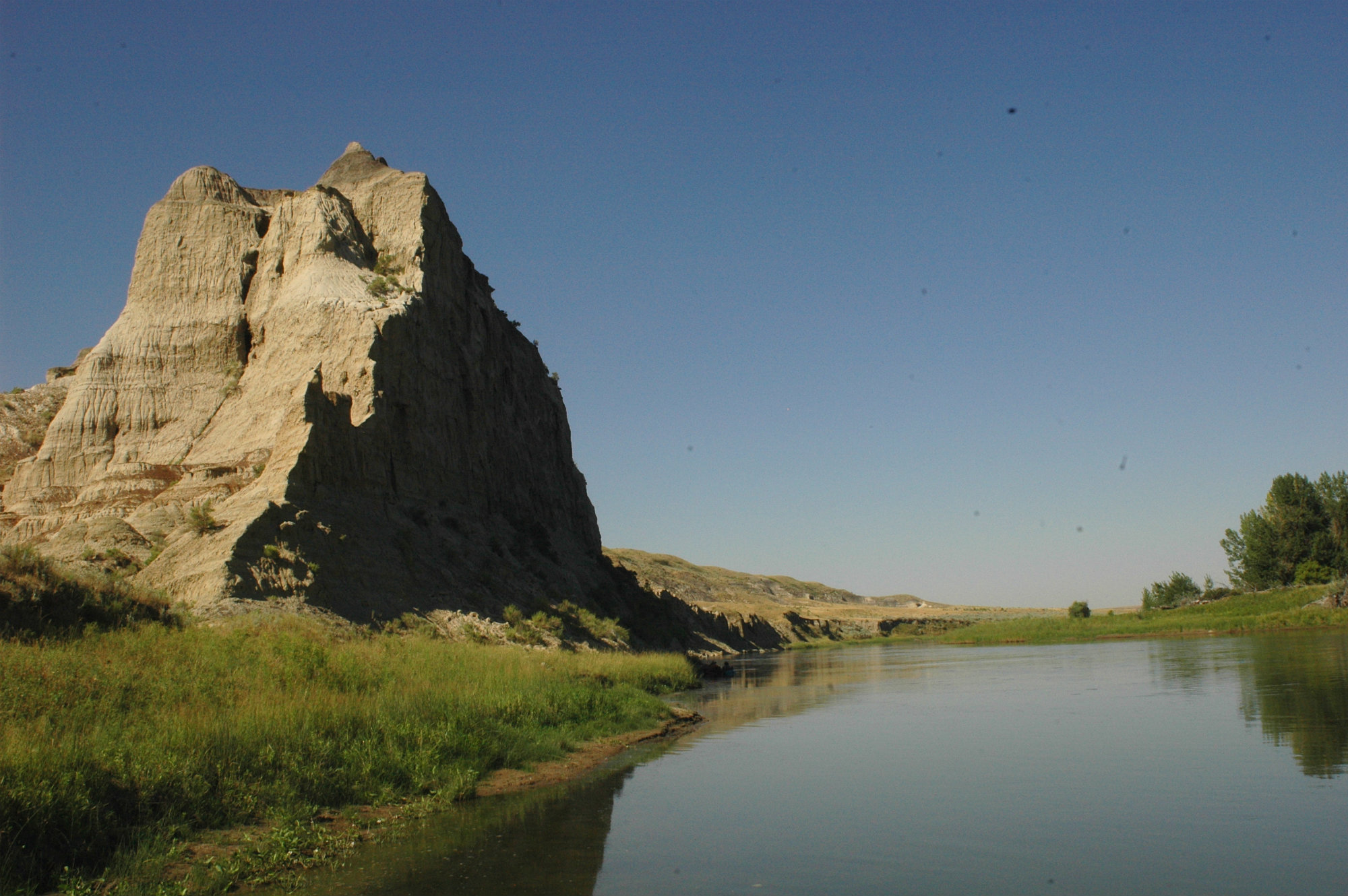 With over one million acres of wildfires raging around Montana and a 250,000-acre fire to the southeast of us last summer, plus 90-degree heat, our crew was a bit hesitant about even making the trip. Drinking water and sun protection were at a premium, so we kept every inch of our skin protected.

The first few miles of our 65-mile, three-day float were fairly monotonous. Just a lazy river through cattle country. Cattle grazed the shoreline and splashed in the shallows to keep cool. But the landscape began to change as we entered the Wild and Scenic portion of the upper Missouri River. Sandstone cliffs jutted up out of deep coulees and draws. We craned our heads ever skyward to watch this amazing landscape drift past us…or were we drifting past it?

When I’m on a multi-day trip it takes at least a day and a night on the river for me to start to feel the pulse. Then you begin to feel the river itself, how it sets the pace of your day, your mood and, sometimes, what you’re eating for dinner.

After one day I was in the river groove. The brutal heat was my ever-present companion, the warm, brown water my support. 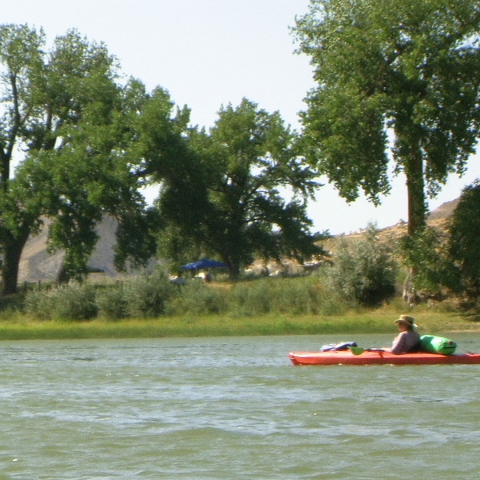 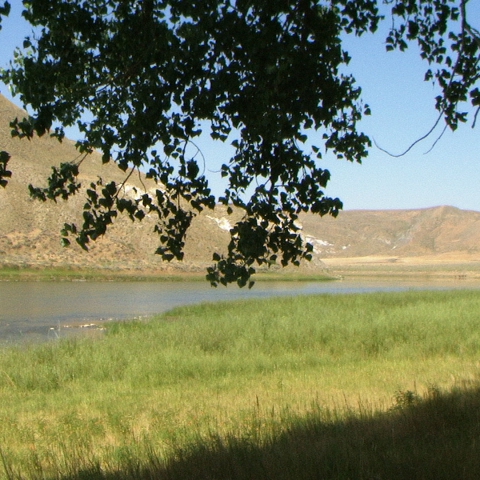 The Wild and Scenic portion of the upper Missouri River is non-motorized June 15 through September 15, so we had no company of outboard motors. Most of the people we saw floating used canoes and loaded them heavily with gear—and water. While there’s water everywhere, you need a solid filtration system in order to drink the murky water of the Missouri River. The banks are laden with cattle, and in places their filth can be seen floating out into what would otherwise be a clear river. (While the cows crap in the river, we humans are required to pack out our waste.)

The river offers natural settings from the gigantic cottonwoods along the river, to the beautiful White Cliffs section, where the rock formations dazzle you. Farther down the river are the gently rolling pine- and juniper-covered slopes of the Missouri River Breaks.

Despite all this natural wonder, only about 5,000 people annually make the pilgrimage down the Wild and Scenic portion of the Missouri River, according to the BLM. The river seems to engulf its floaters, and while the put-ins and take-outs are busy, once you’ve launched you’re in a world of your own. 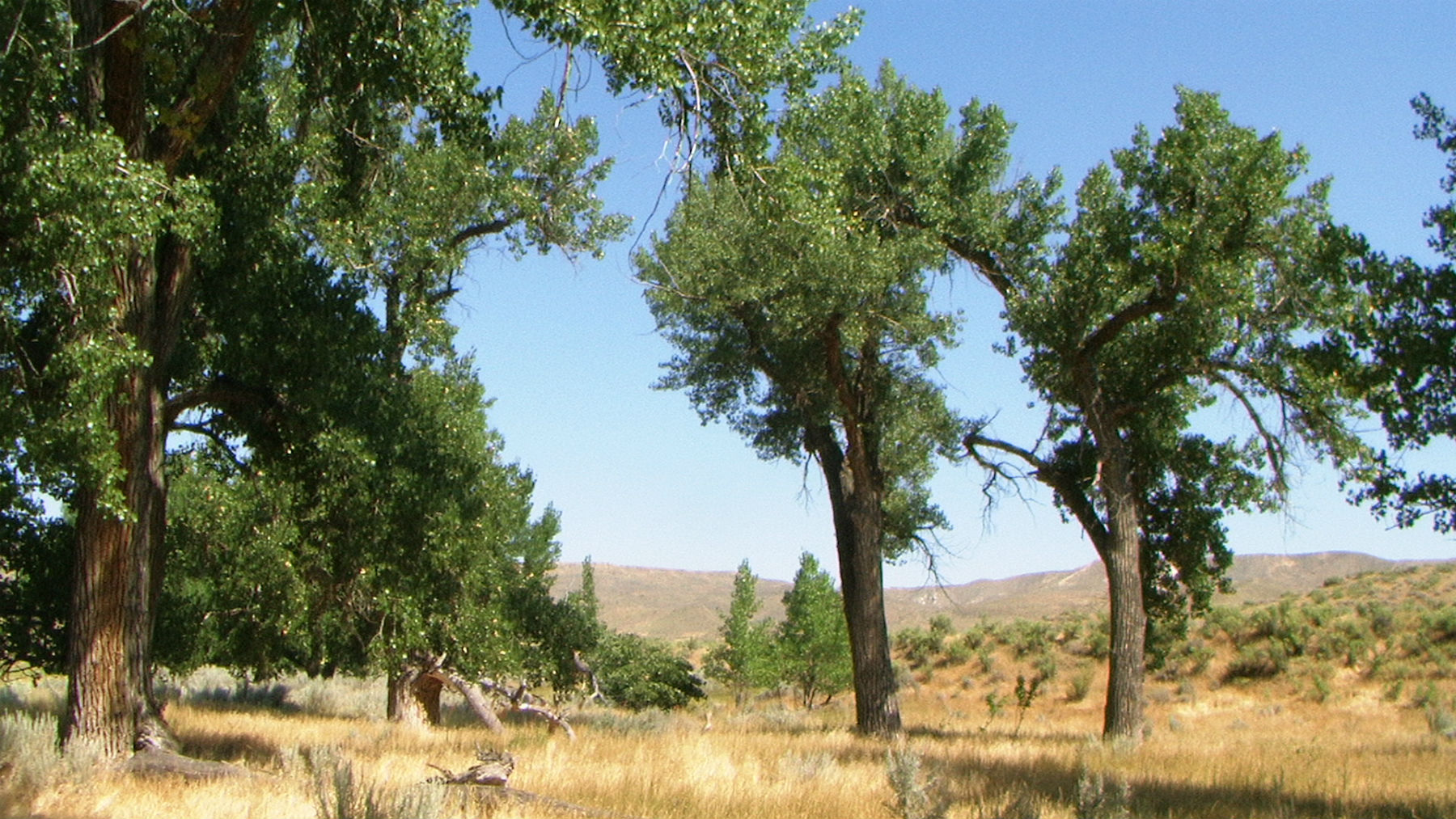 With 149 miles of floating and several public launch points, you can choose your trip lengths. You can design a trip from one day to 10 or more. We floated about 65 miles from Coal Banks to Judith Landing, which included the scenic White Cliffs area. In this three-day section, you’ll find developed boat camps with vault toilets, fire grills, and great hiking—if you’re so disposed. The box canyons that rise out of the river beckon you to get out of your boat and go explore.

With my contrived, two-whitewater-boat floating platform, I drifted a bit slower than my companions in their flat-water kayaks. Plus, as a journalist and filmmaker, I take my own sweet time to stop and capture the images for work. So, after a day of waiting for me downstream, they opted to move on and wait for me at the end of the day at camp, while I explored solo the canyons and trails where Lewis and Clark’s expedition camped and worked in May 1805.

Since no one knew my whereabouts, I stepped carefully among the prickly pear cactus and rocks. I hiked a deer trail up to the head of a cirque and stopped at the base of an 800-foot pillar to rest. Far below me, a coyote walked down the trail I’d walked up, oblivious to me, his tongue and tail dragging as he slinked his way toward the river. 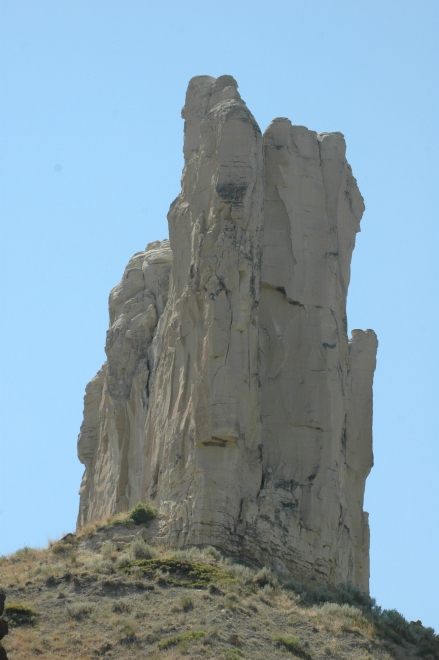 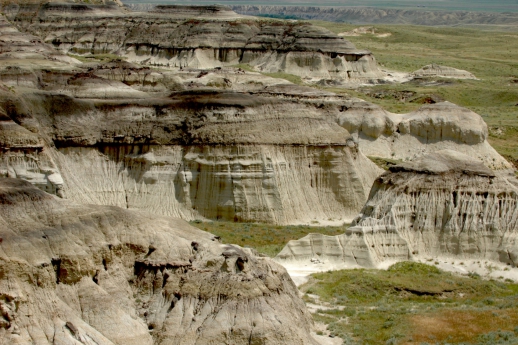 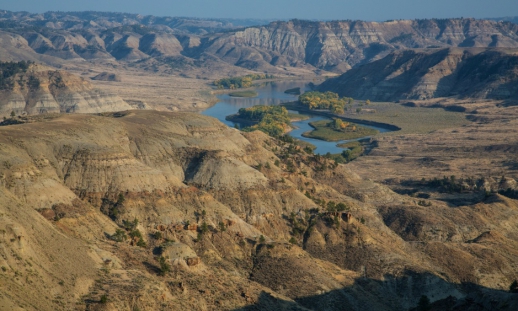 Under me, I could feel the pulse of this high-desert landscape. The day drew on, and crickets began their songs, and the sky deepened its hue toward evening. I lingered as long as I could before I returned down the trail in this peaceful environment to my kayak(s). I would still have several river miles to paddle to catch my companions before darkness set in, but I felt like pushing it. After all, my predecessors who hiked through here 160 years ago didn’t even have neoprene, sunscreen or bent-shaft paddles.

I closed my eyes and let my kayak spin down the river. I could hear the explorers’ voices drifting from the canyons on the evening breeze down to the river, the mighty Missouri carrying me ever onward. 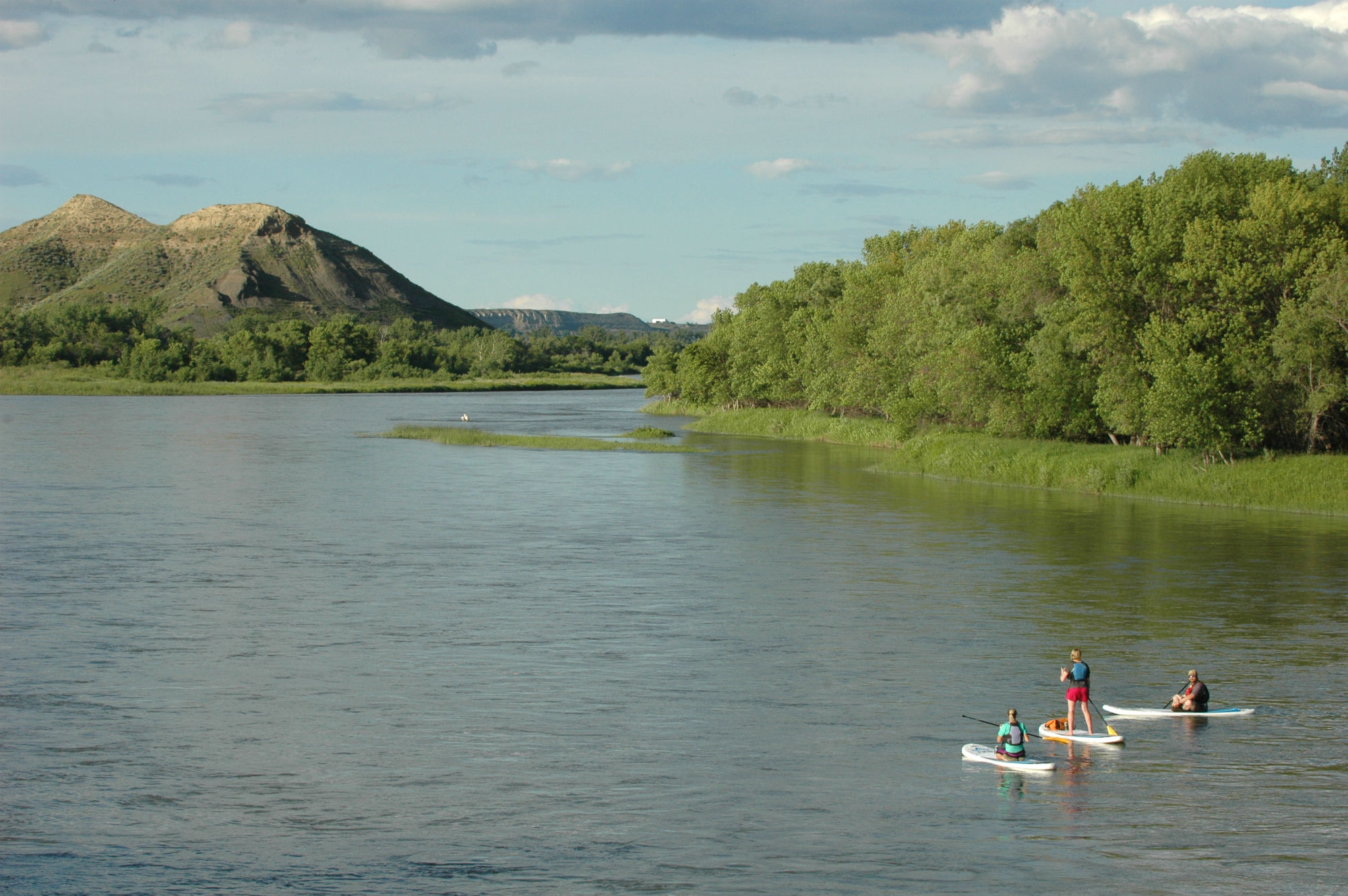 Main access points for the Upper Missouri
Fort Benton, Montana: River accesses are at the Chouteau County Fairgrounds Canoe Launch and Campground, which is designated as River Mile 0 and at the Fort Benton Boat Launch (River Mile 1.4).

Coal Banks Landing Recreation Area (River Mile 41.5) is best accessed via Gardiner Road, east of US Highway 87 N at mile marker 66.7. Coal Banks is the main and most popular launch point on the Upper Missouri.

James Kipp Recreation Area is the end of the Upper Missouri National Wild and Scenic River and main takeout point for boaters boating the badlands section of the river. Upstream travel restrictions are in effect from June 15 through September 15 annually.

You can find most of the information you need by visiting the Bureau of Land Management website for the Upper Missouri.