Family Rafting 101: His and Hers

The best luck I ever had was falling in love with someone who was already in love with rivers. And me (most days). And bad sci-fi, so we’re good there, too.

My first rafting trip with Casey launched just two days after we met during a guide training course for the summer camp for which we both worked. It was a beautiful early May day in 2005, full of wind and rain and a high of forty degrees. Ice began to form on the rubber as we hand-pumped the boats in Rainbow Park by the Green River.

The weather was so bad, in fact, that the camp director offered that anyone not interested in masochistic hypothermia could bail on the training and come back with him in the truck. Caught down by the river with my pants down—literally— when he announced this, I missed the opportunity. Had I heard that offer, I would be writing a very different story today. Fortunately, I didn’t hear it and hopped miserably aboard with Casey and everyone else. After scouting and running Moonshine Rapid in the rain an hour later, I couldn’t feel the lower 30% of my body nor eight of my fingers, but I have never looked back, and neither has he. 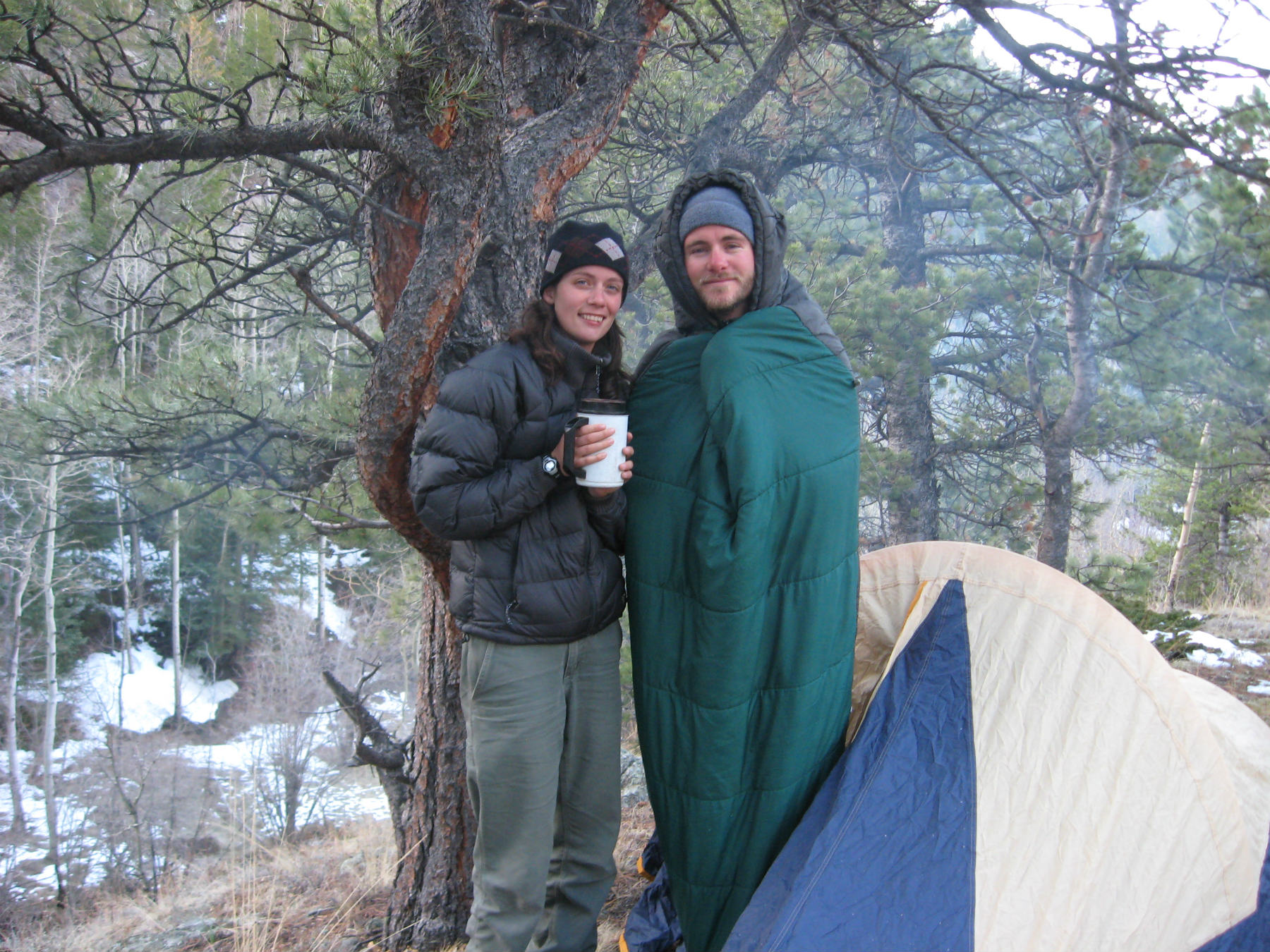 Three years and hundreds of river miles later, in July, our engagement party involved introducing both of our parents and assorted siblings to each other and the river on a three-night trip from Loma to Westwater Canyon. At the time, Casey and I had been pulling major wilderness trips with various outfitters/private groups ranging from 5 to 10 days. In our minds, three nights was ‘easy.’ Of course, in hindsight, we realized the same effect could have been accomplished by a third of the time and three times the amount of booze. Yet our families loved us that much and didn’t even disown us when we eloped a few months later.

Fast-forward five years. It was June and we were back in Ruby Horsethief canyon, only this time with our fifteen-month-old son, Hunter, and two friends whose daughter was the same age. It was our first rafting trip as parents and was, from an objective perspective, nearly a total disaster. Three out of four adults woke up to food poisoning on the second morning, and the mosquitoes were as bad as I’ve ever seen (and yes, I have launched from Sand Wash in late June). Not only were Casey and I already rigging at half strength while one adult kept the toddler from drowning, but now that adult was only a husk of their former self after projectile vomiting for an hour. 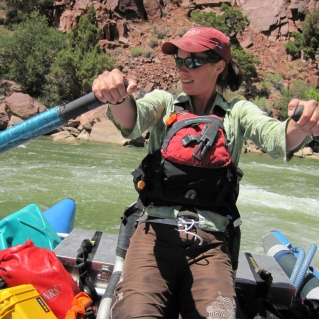 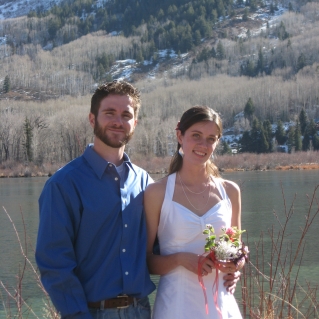 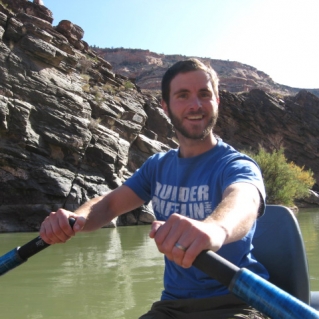 It was on that trip, before the puke, actually, that I remember first feeling completely out-of-sync with the man with whom I’d rowed side by side for so long. I felt an itchy, bitter resentment creep in as I lay alone for over an hour trying to get a sweaty child to sleep in the tent while Casey chatted with other adults down by the river. Although his turn to cuddle would come the next night, I couldn’t get over the feeling that somehow I was getting left behind.

I had been pinning a lot of hope to this trip—hope that it would return us to the pre-kid normal of adventuring together, but that was not to be. That normal disappeared, irrevocably lost, along with much of our sanity and savings. Adventuring with kids is exponentially harder than we were expecting, and even when the work was divided evenly, we were still divided between it.

For the next five years and with the addition of two more children, we struggled to bridge that divide. Sometimes we succeeded, connecting with each other and the kids, and we would sit on the couch together, reveling in the glow of accomplishment. Sometimes, most times, it seemed, the divide was too wide, too deep and our selves too different to find anything in common. As all parents do, we struggled to be there for each other and to take the time to maintain our own relationship. 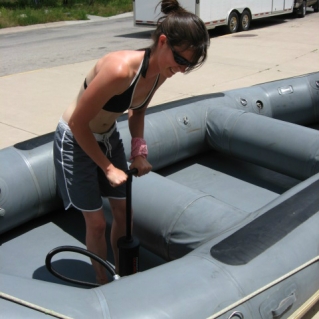 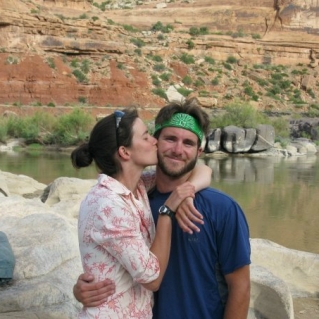 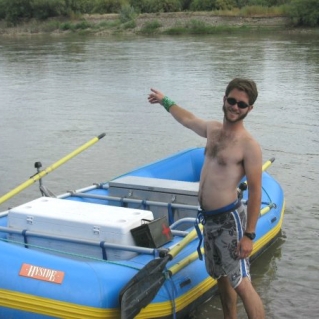 I’d say we are still struggling. But now I see us struggling together again, pushing back against a sometimes impossible world, instead of struggling against each other.

We learned a few tricks that work for us, many involve self-care in which Casey has annoyingly insisted I partake occasionally. Most of it involves going outside, because that is, at the core, who we are and how we met. 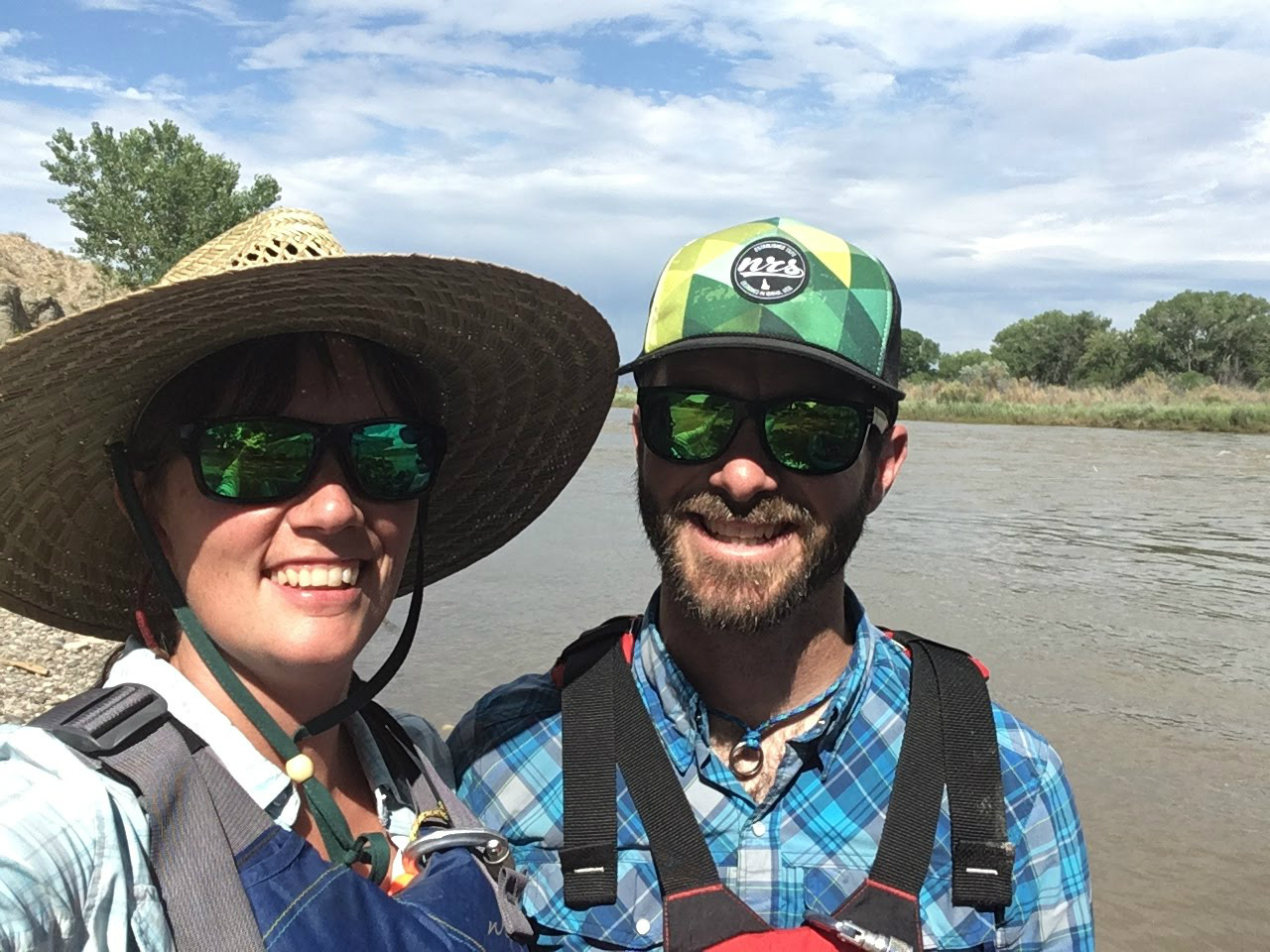 Recognize that Family Floats are not Relaxing
Family floats are family fun. Yet family fun is a lot of work and not really a vacation by any stretch of the imagination. We are both committed to investing the time in building our family’s foundation on the rivers and in the outdoors, but it is important to remember that neither one of us will come back from those trips feeling rested and ready. At first, this was frustrating for me because I thought, ‘But I was on the river, why don’t I feel recharged?’

The truth is, that after a big family float or other adventure, it is almost even more important to schedule in grown-up time, alone or together. 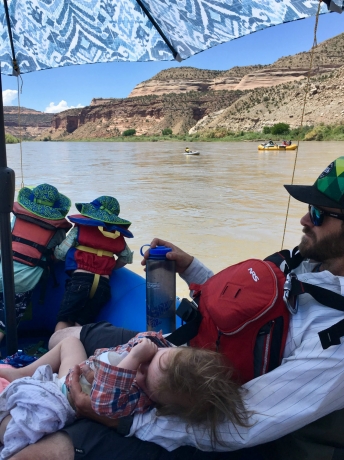 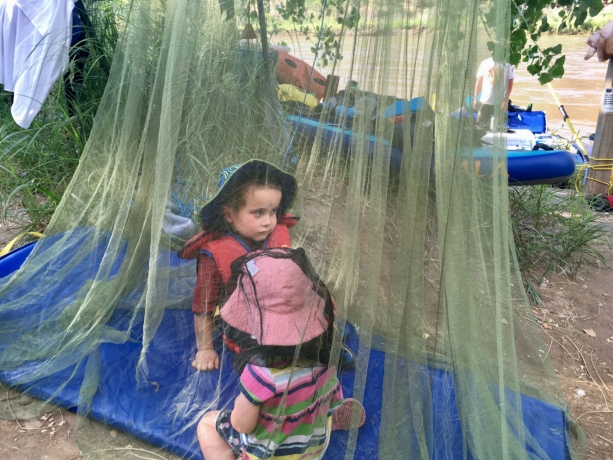 Gifting Grown-Up River Trips
I use the term ‘gift’ here very intentionally because since we’ve had kids, time away from the house must be considered exactly that, a ‘gift.’ Parents experience an inverse relationship with energy when one parent leaves the house to play, whether for a day or a weekend. While they recharge, the left-behind parent loses energy, dealing with house and kids alone.

I love that my husband and I can now support each other in this way, but when I ran the WestwaTaTas this summer, those two (or really three) nights were single-parenting dinners and bedtimes for him. When he got to take the same trip later in the fall, it was the same for me.

Too many of these ‘gifts’ quickly lead to resentment, so they should never be assumed. Unless the giver can generously offer their time and energy with love and without tallying or feeling ‘left behind,’ those bigger trips may need to be postponed until they don’t feel so tiring. 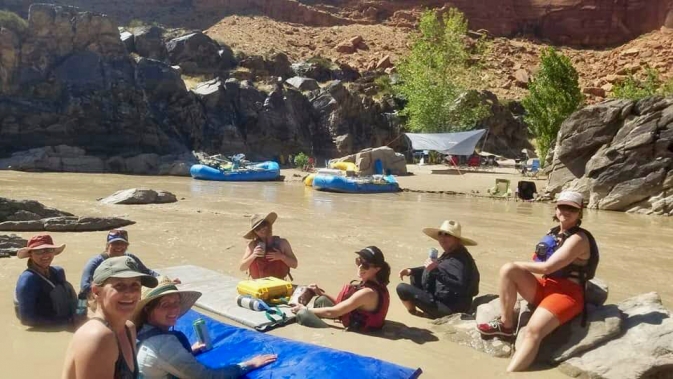 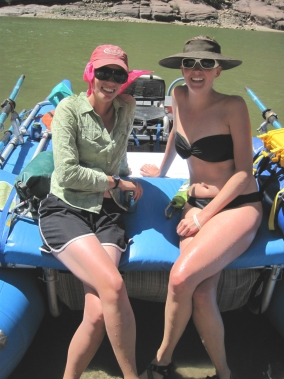 Get Out of Bedtime Free Cards
If we can’t generously gift each other whole days or weekends on the river, or if our schedules and budgets are too tight, we fall back on a Get Out of Bedtime Free card. Either one of us can claim these at any time. After dinner, that person can just walk out of the house and come back when they are good and ready.

In the summer, this looks like Casey carrying his kayak down the hill to float to the G-wave, or me jumping on with a childless friend’s Friday evening float. In the winter, I’ll hike up a local hill with a girlfriend, solving the world’s problems between huffing breaths while we watch the sunset and ride down with headlamps.

GoOBF cards are easy to cash in and parents should spend them liberally when the idea of one more hour inside the house has become too much to handle. Skipping the part of the day where I’m inside for two more hours with pajama footie’d feet running around like a pachydermic interpretation of Carmen can do wonders to restore my sanity. 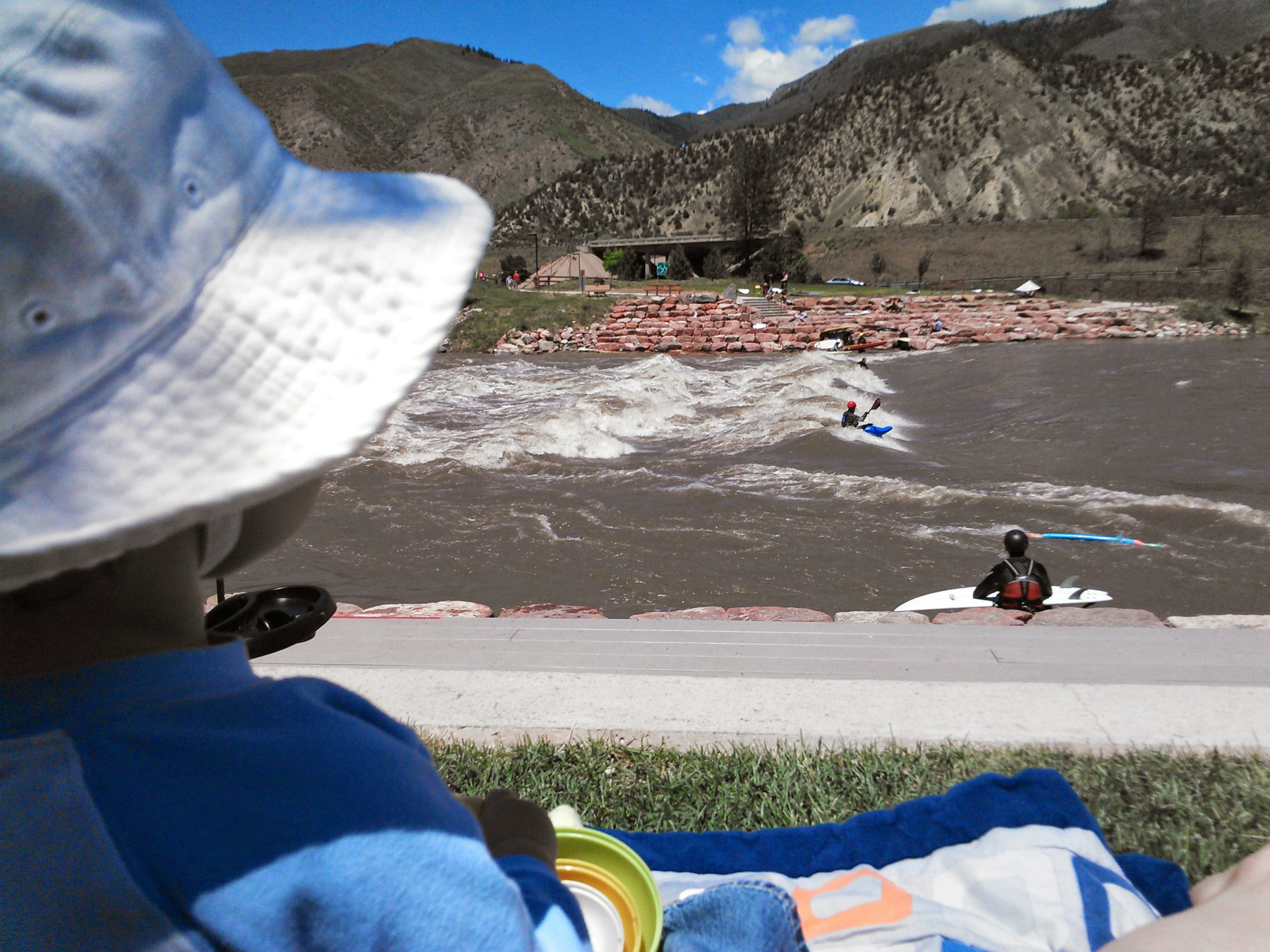 River Date Nights
We didn’t meet at a bar. We don’t go on dates to a bar. Occasionally, we will show up at a certain sushi restaurant that has double roll Tuesdays, but we didn’t have an indoor date until almost two months into our relationship, and having a polite conversation over a white table cloth does nothing to rekindle the spark between us. It’s nice, but it’s not what we need when date nights are as few and far between as ours.

So we mostly try to go boating or bike riding if we have the opportunity to get out of the house. For some reason, the conversations we have when a cold wind is blowing in our faces and we are slightly uncomfortable are much more authentic.

Level expert: If you can’t leave the house because you can’t afford a babysitter, roll your raft out into the driveway and eat delivery from the captain’s chair.

Or, just Do It outside. (Just check for ants and mosquitoes first. Read it again.) 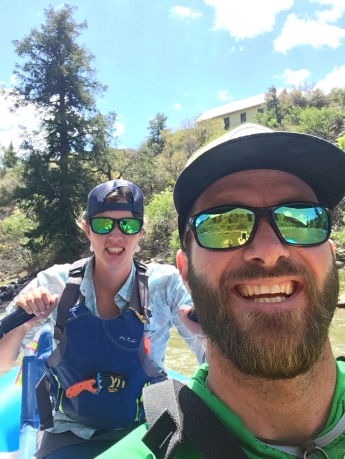 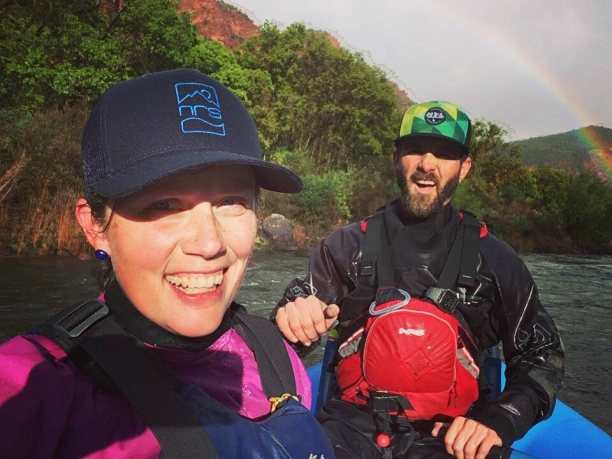 Row the Whole Day
On a family-fun float, the most relaxing activity is rowing. When I need an ‘out,’ I take the oars, and then give them back when he is spinning his wheels on the fourteenth request for snacks.

Daddy/Mommy Son/Daughter Dates
One of the best things about having kids is introducing them to the places and experiences we love. But with a large family, sometimes the magic of the moment is missed or lost completely by the chaos of the whole family having the same experience. Getting mom or dad alone with just one child to paddle, float, fish or explore brings that magic back. Take time to watch their face and listen to their excitement as they discover something new about the water, and you will be instantly committed to bringing your family outside as much as possible,

Pick a kid, get someone to run shuttle for you, and spend a few hours adoring them and the beauty of nature together. 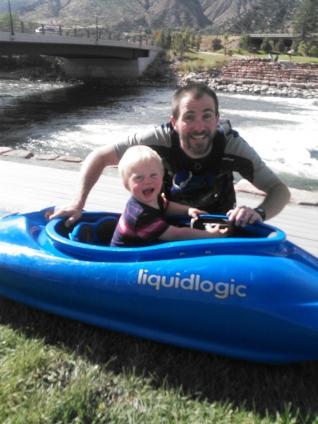 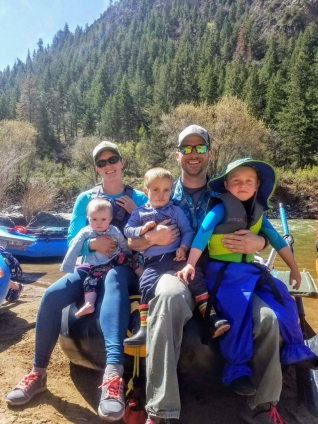 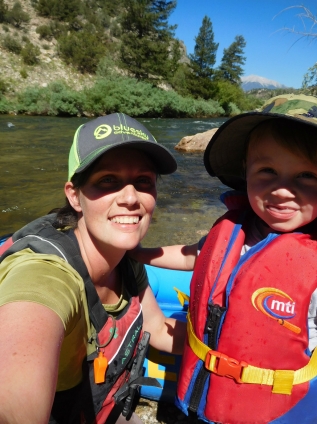 Sometimes we still feel so far from the common ground we have together that we are shouting across an abyss of responsibilities just to coordinate shuttle. Sometimes we reconnect by eating Dairy Queen sundaes by the river. Each day brings a different question with a different right answer, so we just keep trying.

Editor’s Note: Lindsay’s Family Rafting 101 series offers tips on risk management, packing, day trips, and much more. And you can read more about her boating family on the Down River Digest.