Class III Fun and the Perks of Late-Season Boating

High water guide training on the Shoshone section of the Colorado River near Glenwood Springs is terrifying. It’s a short section, no more than a mile, so new guides train by doing quick laps through the rapids, somewhat affectionately named “Shoshone Bombs.” Many of the other rookies seemed to love the huge waves and near misses, but I hated it. I hated watching the churning whitewater through the window of the van, I hated listening to our trainer yell over the roar of the entrance rapid, I hated the constant feeling of dread every time we pushed our boat into the water.

The most problematic rapid on Shoshone is a boat-eating hole called Marty’s Diner, feared by new and experienced guides alike. However, when the river drops to below 3500 CFS, you can run the hole if you mess up the line. Despite the talk at the boathouse about how boring Shoshone gets in the late season, I decided that I would never again run Shoshone above that 3500 CFS sweet spot, thus avoiding the possibility of embarrassing flips and nasty swims. It turns out that I’m a late-season boater. No wetsuits. No trees in the river. No mile-long class IV swims. Instead, the weather is warm, the rapids are usually more manageable, and it’s all good times and smiles. Here are the top five perks for hitting the river once the water starts to drop. 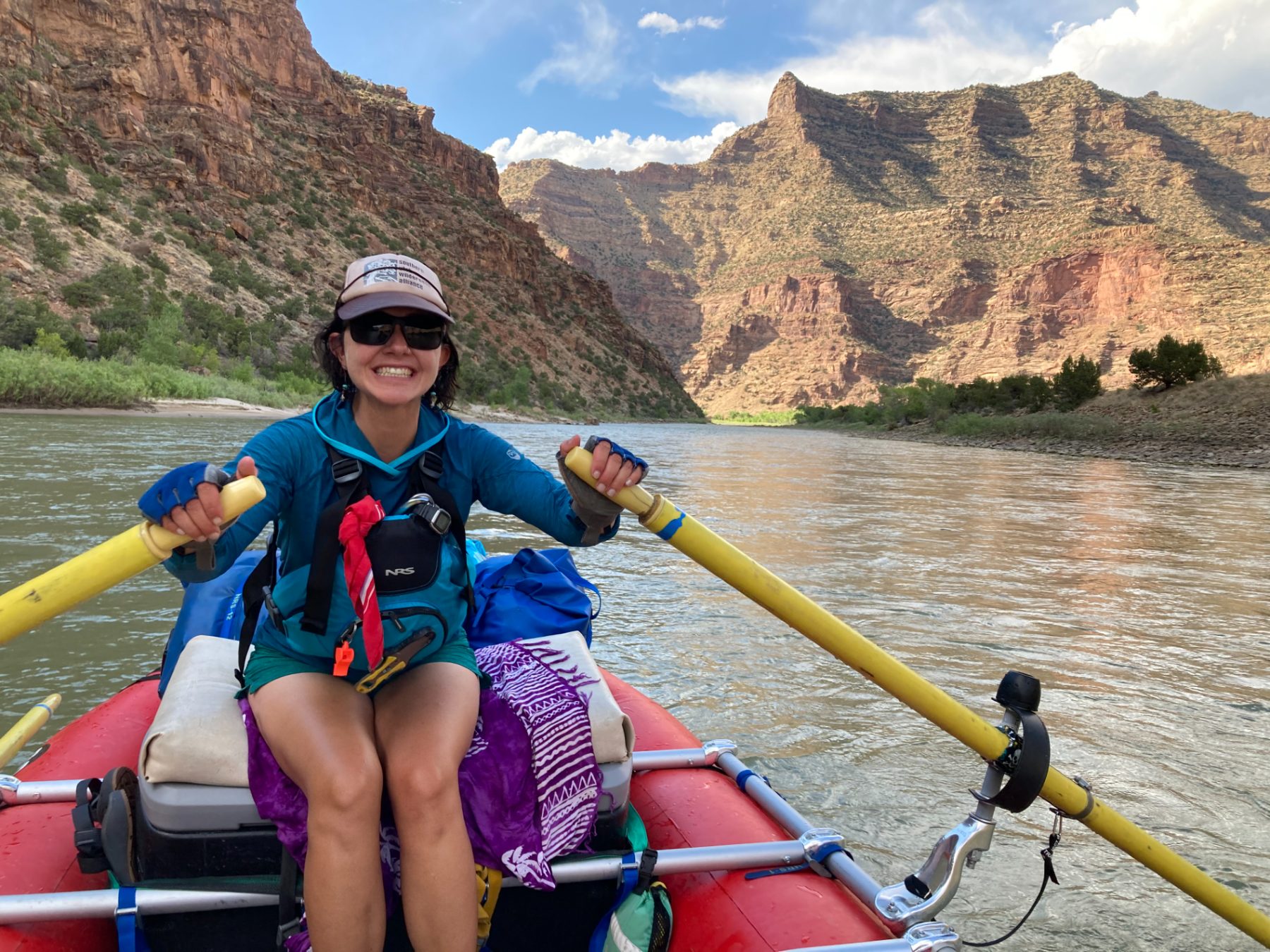 #1 – The weather is awesome.
By mid- to late-July, boaters are usually more concerned about sunburns than hypothermia. In western Colorado and the desert southwest where I spend most of my river time, the temps regularly crack a hundred degrees. On one of these scorchers, there’s nothing better than pulling on your biggest hat and your sun hoody, covering your legs with a brightly colored sarong, and jumping into the warm-but-not-too-warm water whenever the heat gets to be too much. This is the season of languorous swims in big eddies, cliff jumping, water fights, and sunbathing. Bonus points if you can keep your drinks cold.

Even better, by the time August, September, and even October roll around, the daily highs are starting to drop into the delightful 70s and 80s. It’s still warm enough for shorts, but cool enough that you might have to put on a jacket while you drink your morning coffee. All those side hikes you skipped because it was too hot earlier in the year? Now is the perfect time to explore. 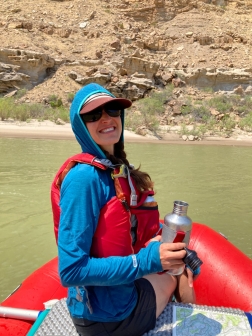 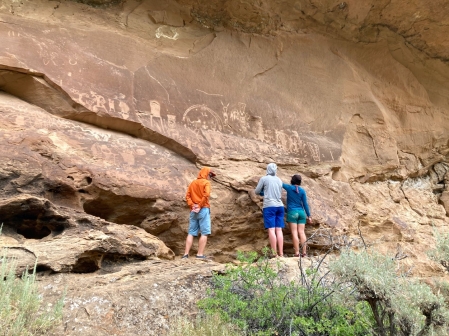 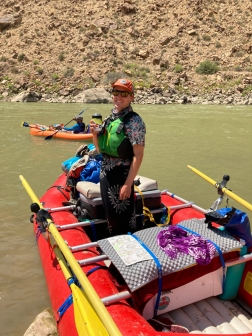 #2 – The rapids are (usually) easier.
The difficulty of a rapid obviously varies with the water level. Generally speaking, rapids get easier and flips less consequential as the water drops. True, sometimes that Volkswagen-sized hole that washes out at high water becomes a boat-wrapping, wall smashing, carnage-status disaster at lower water levels. The crux rapid in Utah’s Westwater Canyon, Skull, regularly flips rowers unfamiliar with the low water line. However, at high water, a flip in Skull could mean getting trapped in an enormous eddy called the Room of Doom, which requires that the boat be hauled out over the canyon walls. Yikes.

Early in the year, a flip could mean a long, dangerous, and cold swim through scary features with few eddies in which to recover. But at low water? The river is warmer, the eddies friendlier, the slack water more plentiful. That scary class IV just got downgraded to a totally manageable class III. 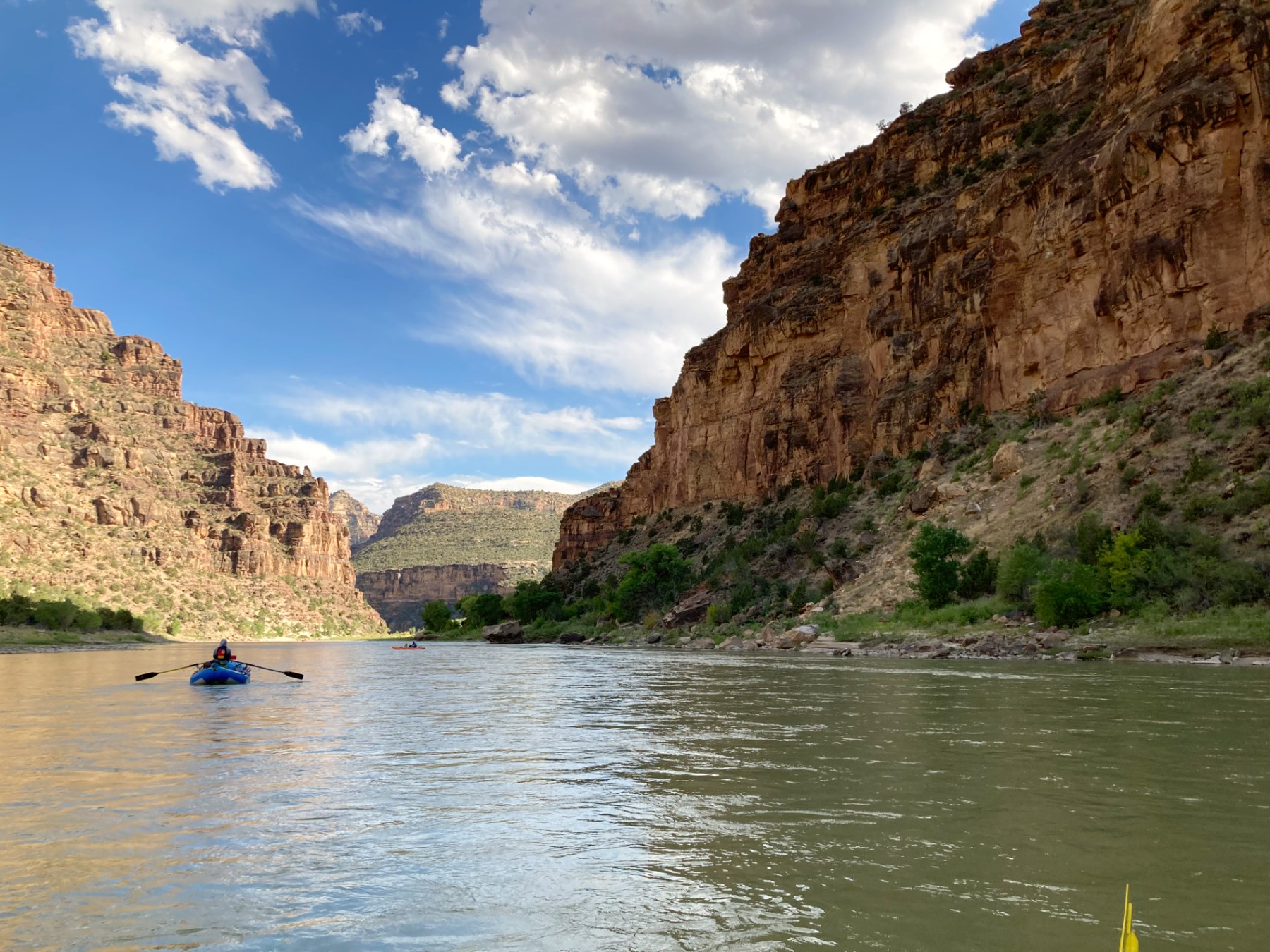 #3 – The trips become more family-friendly.
Got little kids? Older parents? Late season trips are a great opportunity to get your non-rafting friends and family out on the river. You might not want to take them down your favorite stretch of river during the spring run-off, but a late-season low-water trip might be just the ticket. Several of my friends have used lower water on easier rivers to prepare older kids for bigger trips. It’s a great time to practice fundamental swimming and self-rescue skills, being mindful of getting dragged on the rocks, of course.

My friend brought her five-year-old, Levi, on his first multi-day river trip down the Green River’s Desolation Canyon this summer. It could have gone either way; it was either going to be the worst experience of both of their lives or it was going to turn him into a river rat for life. 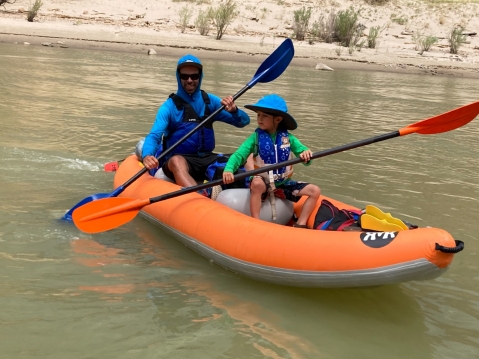 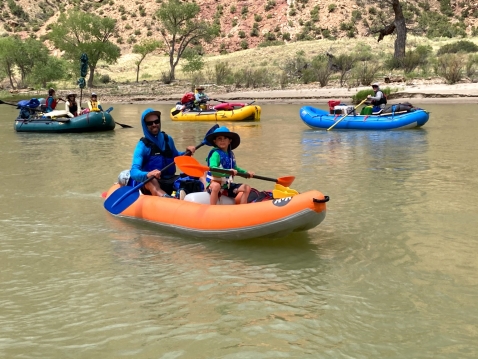 “What game would you like to play?” my husband asked Levi one afternoon.

“Find bugs and animals!” Levi yelled. And, because we weren’t really stressing about the rapids and were going at a snail’s pace down the river (I’ll admit, the water may have been a little too low) we could play “find bugs and animals” all day long.

The kid had a blast, and so did his grandma who was also along for the ride. Big beaches, shallow water, and lots of attention from Mom made for the best five days ever. 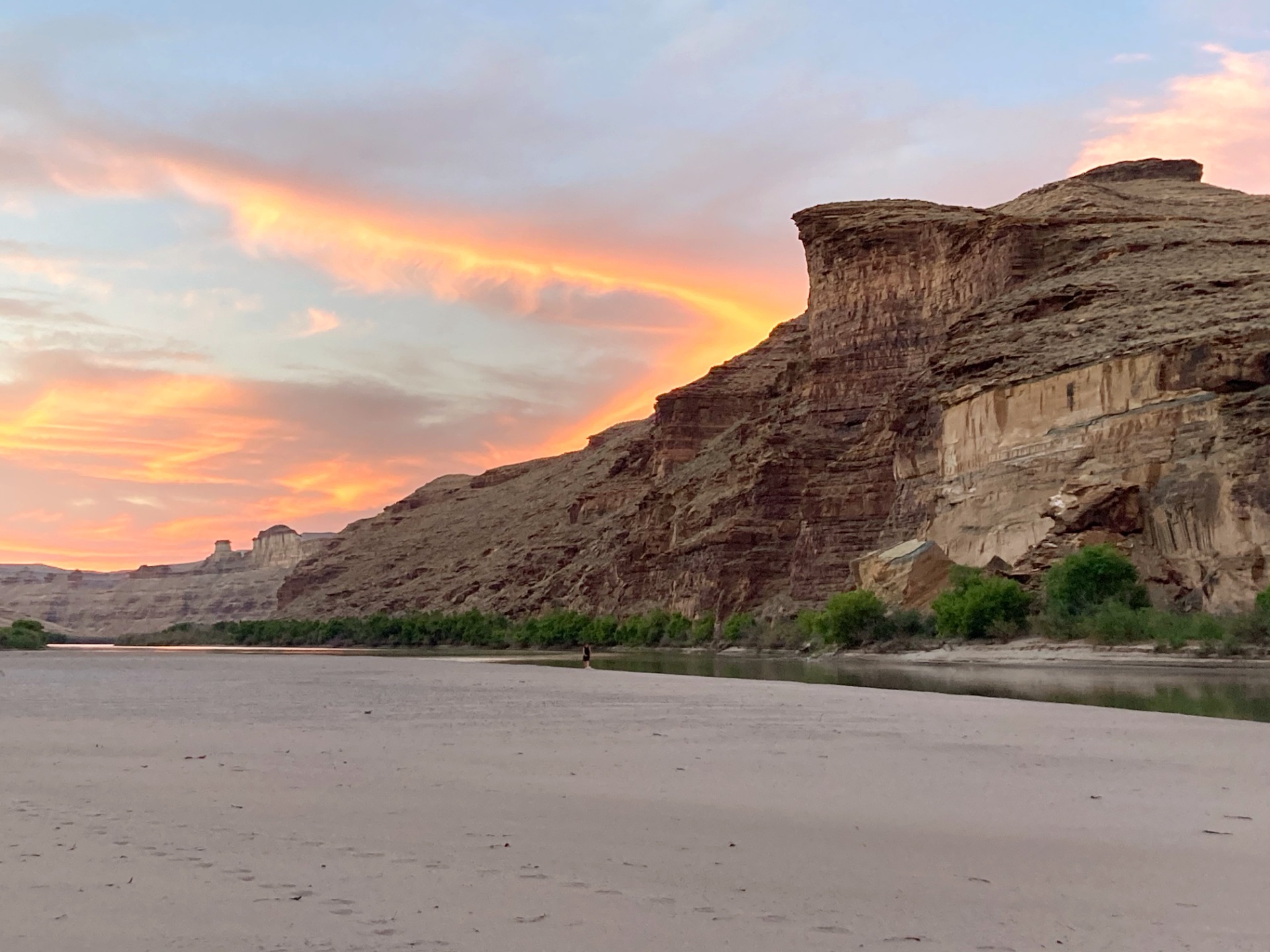 #4 – Two words: beach camps.
You’re cold and tired and you know your camp is just around the bend. You see some cottonwood trees up to their ankles in water and you notice that the landing is almost impossible. In the absence of an eddy, you pull like mad to hit the shore and your passenger jumps out, grabbing willows like a crazy person. You just barely make it, and you worry about losing the boats all night.

This will never happen to you at low water. If anything, there will be an impossibly steep slope that you have to carry all of your stuff up, but you’ll never miss your camp. And, as the water recedes, the beaches come out. This means plenty of river-side tent spots, big sandy dance floors, giant eddies for swimming and Paco-pad floating, and a flawless Bocce course. If you’re on a river that doesn’t have assigned camping, like Desolation Canyon, around every bend there’s a beautiful beach or big island. Remember those kids you brought? They’ll love every minute. 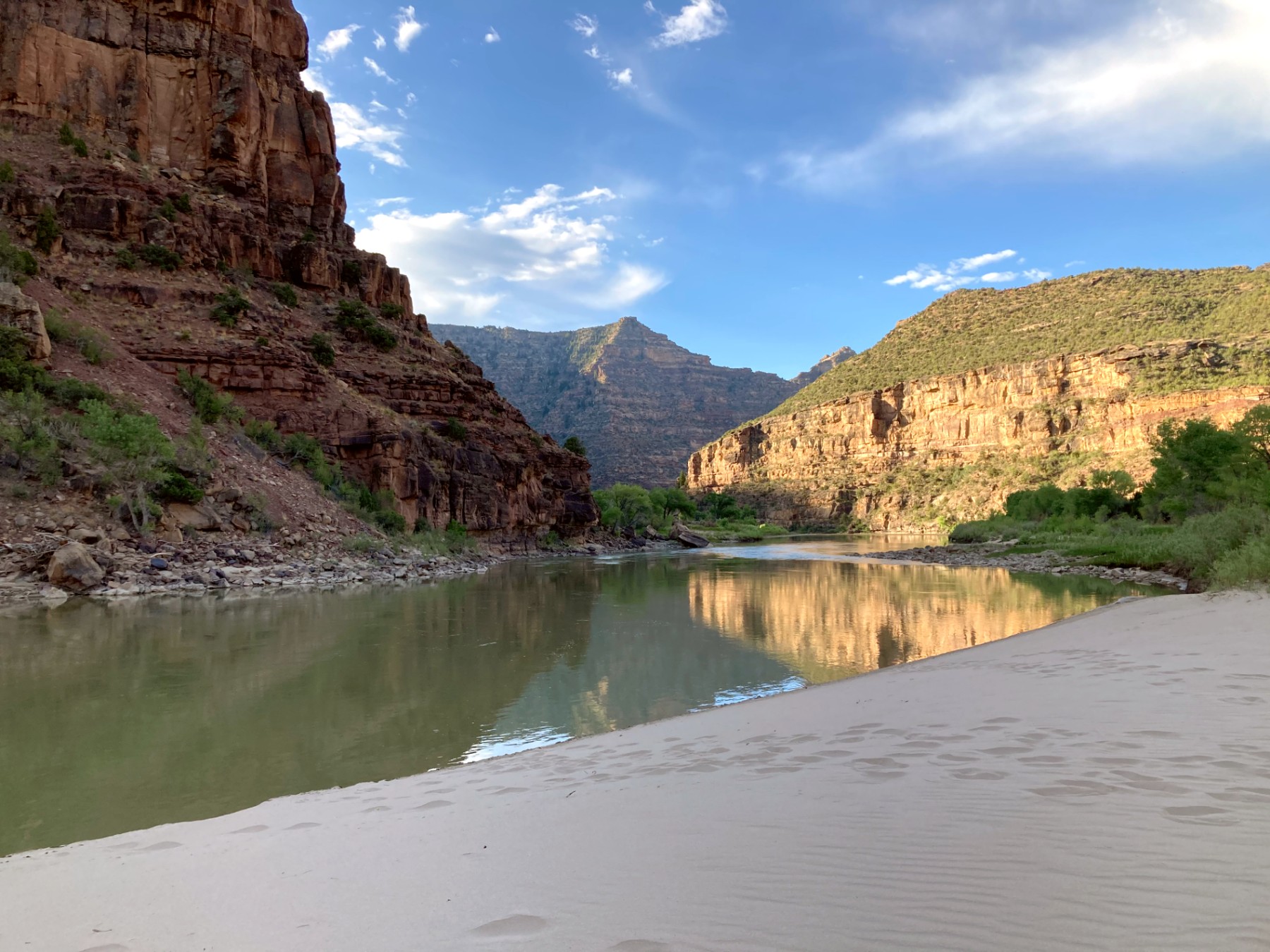 Step 1: Get wet.
Step 2: Find a slope, ideally one that ends in that giant eddy.
Step 3: Roll as fast as you can, getting covered in sand while laughing harder than maybe you’ve ever laughed in your life.
Step 4: Rinse and repeat.

#5 – You can maximize the ‘chill.’
We’ve all been there. Your stomach churns at the top of the scout and you tighten your PFD at least five times before shoving off into the current, just hoping you make it through passenger-side up. Maybe you don’t sleep for days anticipating the big rapids on day three, a likely sign that you’re on a high-water trip.

Late season boating is just more relaxed. You spend more time swimming, more time talking with your friends, more time exploring, and more time playing Bocce. You spend more time doing these things because you’re spending less time tightening and re-tightening straps, less time scouting the rapids and trying to pretend you’re not scared. This is also a great time to get out the small crafts: A flotilla of inflatable kayaks and SUP boards keeps everyone having fun. 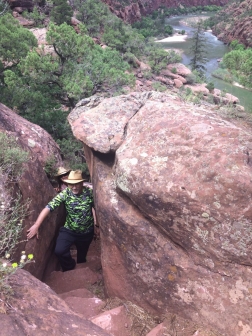 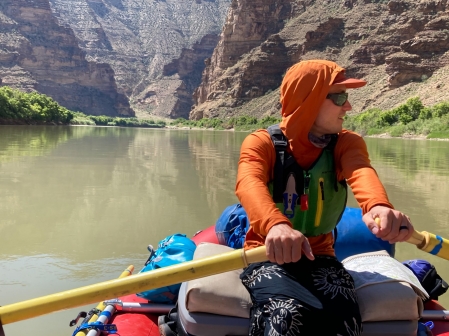 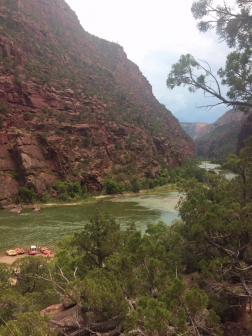 There are downsides to late season boating, too. A run that typically takes five days in June might require six days—or a ton of hours on the water—in August. Flatwater sections feel much flatter and take much longer. Getting stuck on rocks becomes a very real, and potentially very annoying, concern. Some rapids become so bony they’re almost unrunnable, and many stretches of river, particularly those in the drought-stricken West, just aren’t running anymore.

Do your research on this so you don’t find yourself disappointed when a river you had in your sights dries up for the year. It is also true that (dare I say it) sometimes rafting at low water can be a little bit… boring. Even those of us who love the carefree hot days of July don’t always want to be on a family-friendly sandbar fest.

That being said, I’d almost always choose a more relaxed float later in the year over a terrifying high-water epic during peak runoff. I wouldn’t be upset if I never put on my smelly, ancient wetsuit and my dry top with the blown neck gasket again. As the season winds down, there’s still plenty of class III (or II) fun to be had. Get out that sun hat, keep your hiking shoes out, get ready to chill—and maybe pull yourself off a few rocks.