According to an online baby growth chart, I was approximately the size of an avocado when my dad, Steve Wassmuth, began guiding whitewater rafting trips professionally on the rivers of Idaho. My sister, Brandi, was three and my brother, Austin, would not be realized for another three. That was thirty years ago in the summer of 1986. Steve guided exclusively for Holiday River Expeditions in Grangeville for many years. Eventually, guests began booking with different companies but would specifically request Steve as their guide. He began floating with more and more companies—a freelance guide, in a way. 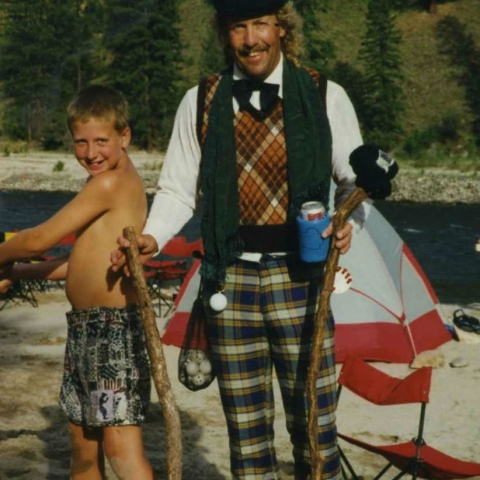 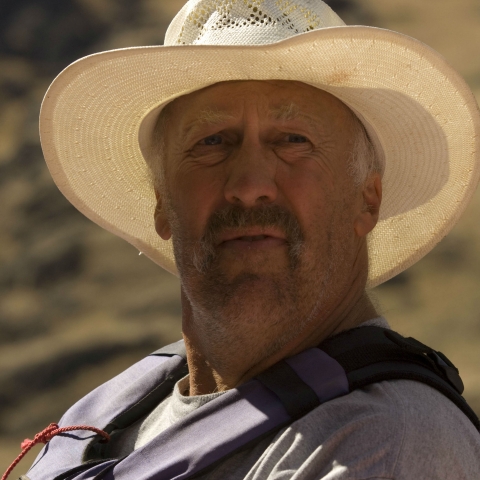 Throughout my childhood, summers would be spent in and around the water, whether it was my dad teaching me to roll a kayak in the local public pool, an eighteen-day private float trip through the Grand Canyon, or annual self-supported IK trips down the Selway. These were formative times for me. My father’s love for the river passed seamlessly to us kids. That was the easy part. We only had to look at our father’s joy on the water to realize what a special passion we were experiencing. This is how the next generation is drawn to water.

The life lessons imparted by my father on the river were not always as obvious to me. Some lessons like, “Go With The Flow…” I applied solely to the water, and only later did that phrase have further reaching implications. And some ideas have yet to reveal their relevance to me. I couldn’t possibly contain within 1,500 words all the lessons and love my father taught to me on the river, but there are a few that surface every single day of my life. These ideas and quotes from my father may not be verbatim. They are as I have come to understand them and, as with most tales told on the river, the story is often more important than the hard facts. 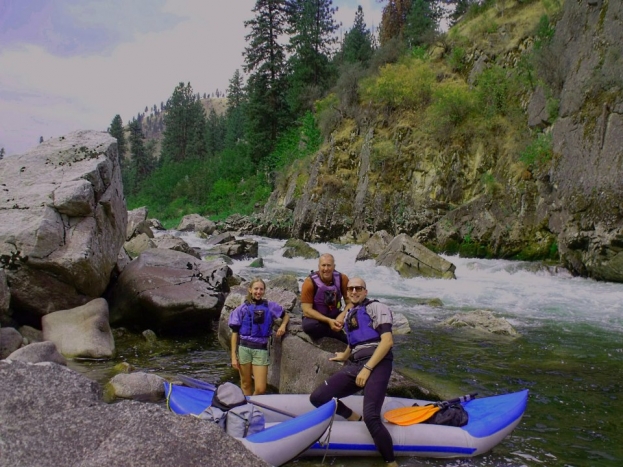 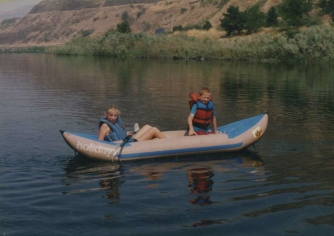 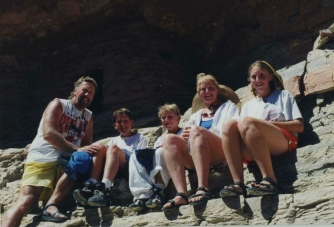 “Sometimes, You Just Have to Send It!”
My dad, Austin, and I stood on the banks of the Selway River scouting a line for our gear-laden IKs through Wolf Creek Rapids.

“Ok boys,” my father said, turning to us, “that’s going to be the line we’re going to take through here. I’ve seen you both paddling on this trip, and I know you’re capable of getting yourselves through safely. But if there’s any reason you’re not comfortable with it, it’s your decision. You know your limits better than anyone else, and I don’t want you to ever feel pressured into doing something you’re not comfortable with. That’s when you get hurt.”

Austin and I turned to each other. We already knew we were going to send it! 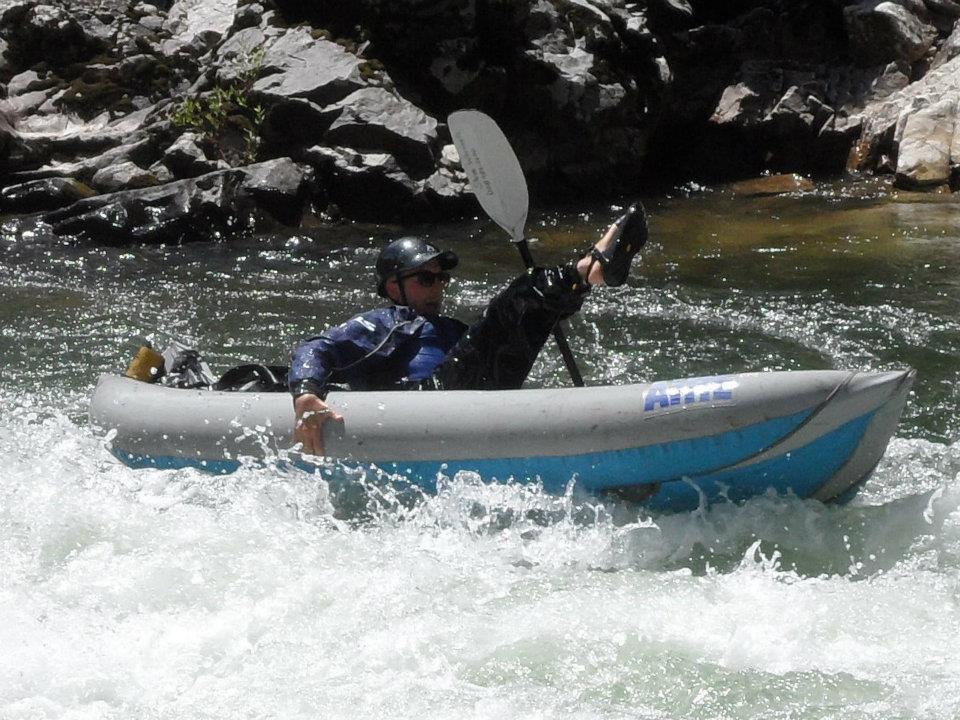 I’ve taken this lesson from my father everywhere I’ve been. Accurately assess the abilities of those around me, know my own limits, and encourage everyone (including myself) to push themselves to the edge. My dad never pressured anyone else though. He gave us the tools we needed and encouraged us to use them. I’ve made scary choices throughout my life to “send it” in relationships, career choices and recreational risks. Conversely, there have been just as my times where I’ve looked at the increasing flow of a river and said, “Not today boys; I don’t feel comfortable running at this level.” My father taught me to never feel any shame making this decision for myself.

I still see it in Austin as well. This last year, he did a scary thing. He acquired an outfitter’s permit for the Lochsa River and started Mammoth River Adventures with his best friend. He assessed himself, measured the opportunity, and turned up the Stoke-O-Meter to “Full Send.” I’ve never seen him happier and he’s well on his way to providing the next generation’s “avocados” with Wassmuth river experiences. 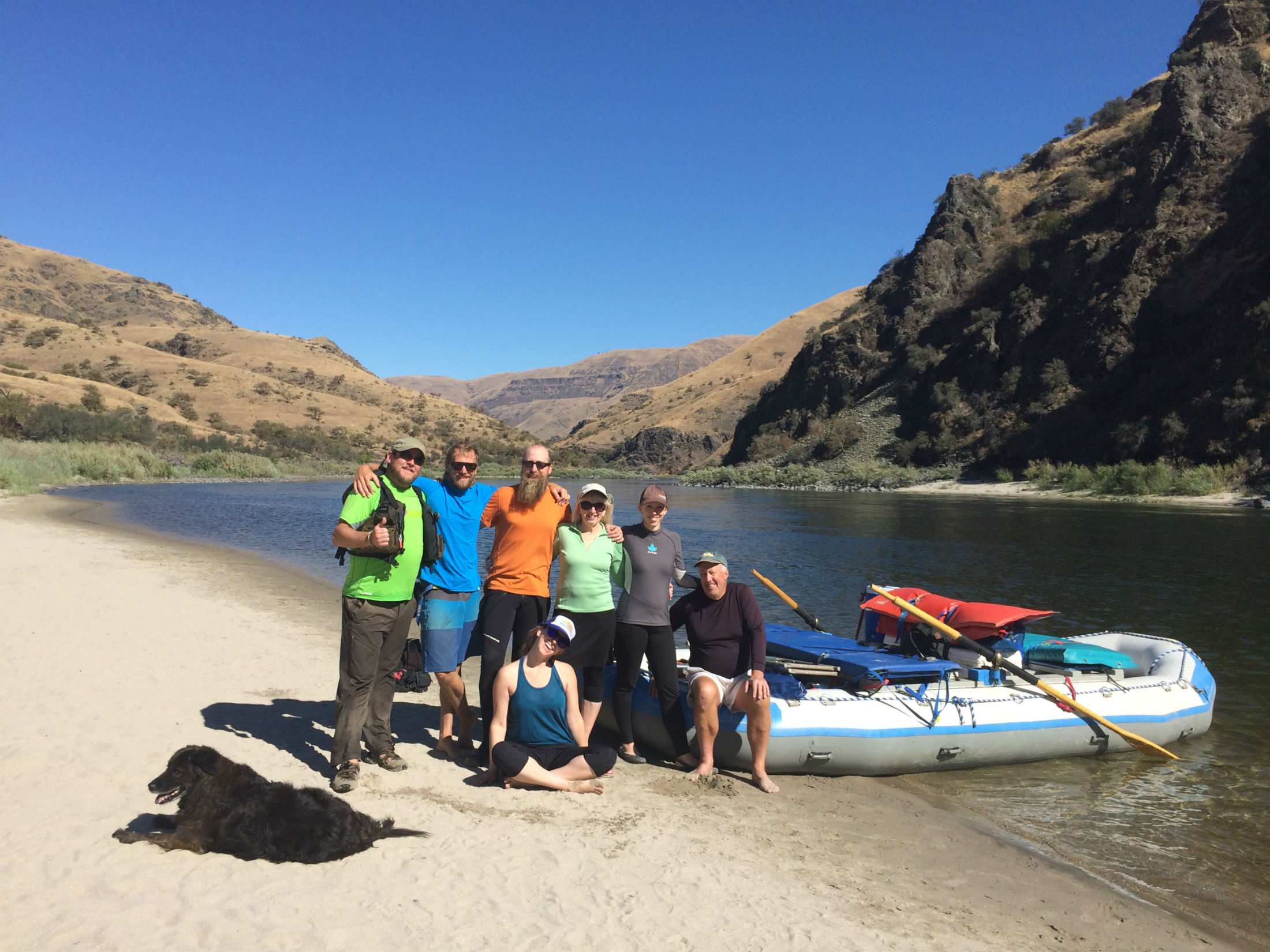 “You Only Run Out Once.”
It was a hot day on the Middle Fork of the Salmon River and I was a thirsty twelve-year-old boater. I looked in the cooler on our raft and saw only one soda left. I had already sucked one down that day and we still had two days left on our trip. I told my dad I needed to ration it out.

He replied, “Well, you only run out once. If you really want one right now, go for it.” It was possibly the best Sarsaparilla to ever touch my lips.

I’ve blatantly taken this one lesson from my father out of context, and extrapolated in my own life further than he may be comfortable with, no doubt. But, what kind of son would I be if I didn’t warp at least one of these lessons for my own design? I’ve driven 10 hours to see a concert with my last dollar in the gas tank. I sold my drum kit and emptied my bank account to pay for a Middle Fork of the Salmon shuttle. I didn’t realize I would need money for new tires when I found my rear tires ice picked and flat at the take-out. In the long run, that didn’t matter. The adventure is what I remember. The experiences I’ve had from “running out” have been the best of my life. 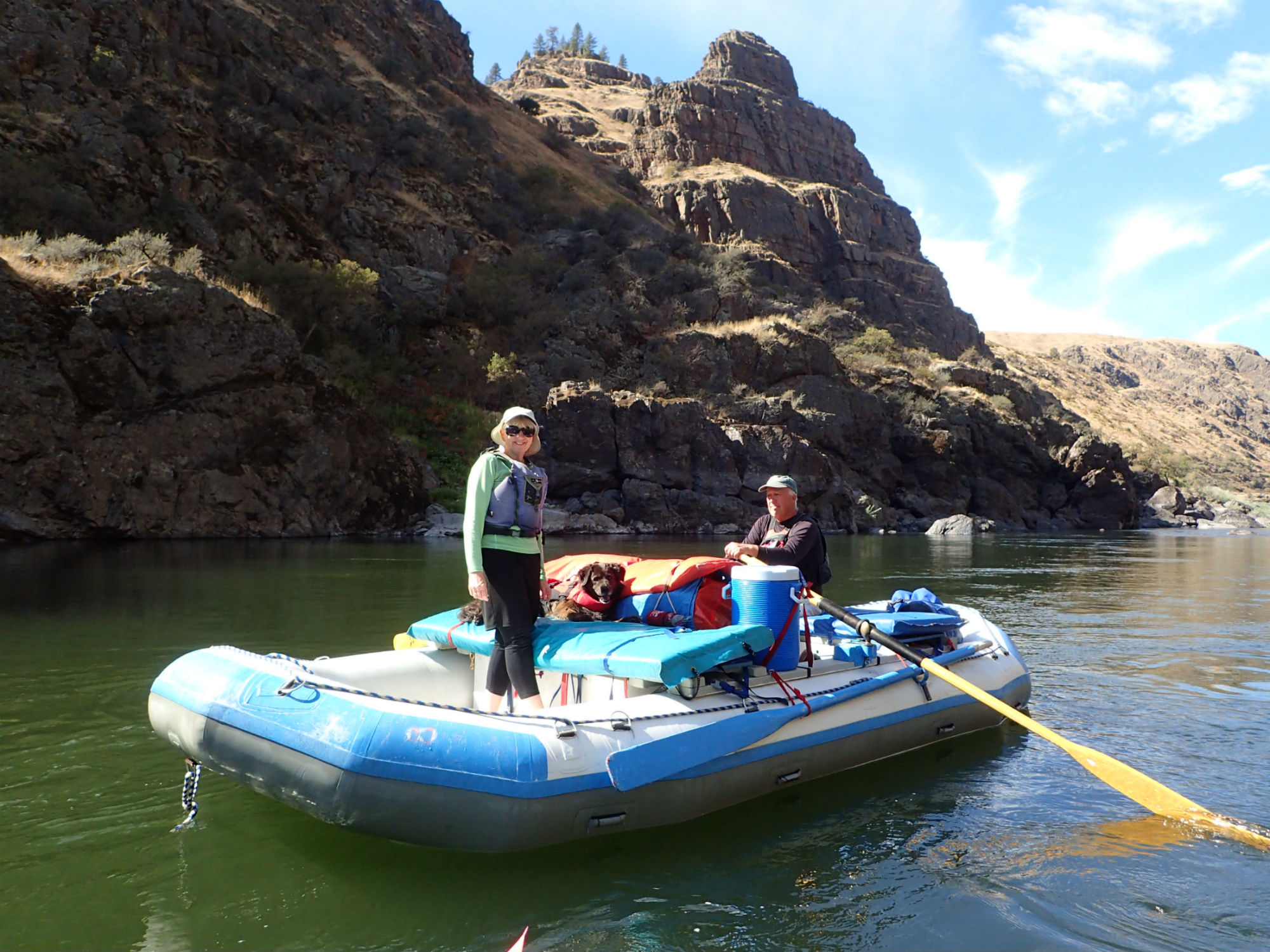 “Learn What You Can Do Without.”
Full disclosure: I am writing this in my 300-square-foot basement studio apartment. My current life is evidence of this particular river-lesson I learned from my dad.

We rigged our boats in the waters of the Colorado River to embark on an eighteen-day private float through the Grand Canyon. I watched in awe as my dad nested items into each other to support such a long self-contained trip. Everything fit so neatly, so compact. Also, it seemed many items he chose to pack had multiple utilities. The seat on the frame turned into a kitchen table on the beach, and its Paco Pad cushion doubled as an inflatable mattress. I am a utilitarian at heart so I wanted to learn all these tricks from my father. It was all about saying, “No” and asking, “What can I do without?”

When I learned which “creature comforts” I could live without, my dry bag became much roomier to add things that would be a real treat. I can wear the same change of clothes each day. Instead of bringing a pillow, I can roll my clothes in a stuff sack. I don’t need to pack a bulky toothbrush (just kidding). Making decisions like this leaves room on the boat for magical things like a beach golf set, clothes for dress up night, or a White Elephant gift!

More physical space is not the only benefit of “doing without.” Choosing less on the river gives me time, and allows me to relax. I could bring my DSLR, fly fishing gear, Bluetooth speaker, and bulky tent. I would just end up busier than if I stayed home. I can say, “No,” and receive the true rest and Sabbath I set out to create on my river adventures. It’s the same in my life away from the river. Everything I say, “No,” to gives me less clutter, more physical space, and more time to say, “Yes,” to my most important passions. 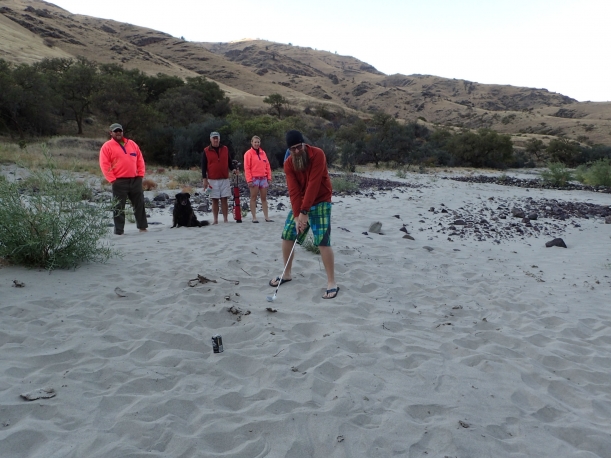 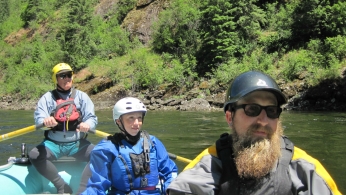 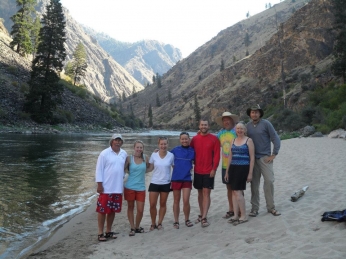 “Go With The Flow.”
My dad had me stand in the Salmon River at Tadpole beach the summer going into second grade. The water was moving almost imperceptibly. I was up to my ankles and stood solidly. He told me to go deeper, so I stepped in up to my thighs and felt the water’s pressure. I moved out farther still. My bellybutton was underwater when my feet started shifting under me. I stepped in up to my chest and was swept away.

“The river is powerful even at its slowest spots,” my dad told me. “Imagine its force in the turbulent rapids. There’s absolutely no way you are going to overpower the river. Set yourself up ahead of time, put yourself in a good spot to make moves, and go with the flow. You can let the river take you the speed it wants because you’ve already put yourself in a good position to let go of full control.”

The river is a force of nature; those who fight it usually end up losing. This may be the most universal lesson picked up by those who float the river, and a perspective unique to paddlers. That laid back attitude you see in boaters is not an accident. It’s a result of being humbled: in the river, in a relationship, in life. It’s letting go of notions of control or power. 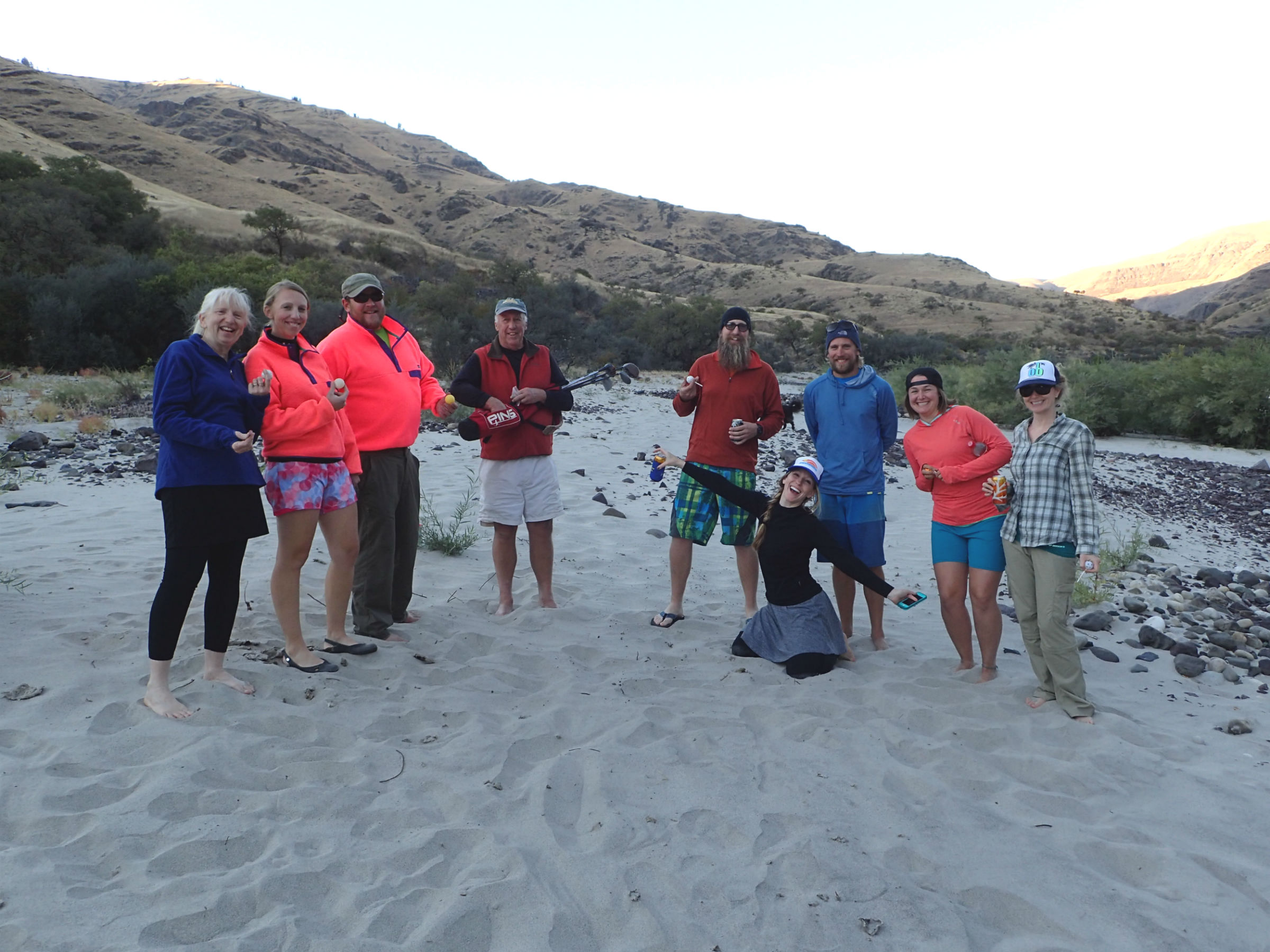 Much of life can be setting up for turbulent waters ahead. Keep your bow pointed downstream, avoid the holes that could entrap you, “T” up to your challenges, and trust the river to take you through. I love you, Dad. Thanks for everything you’ve taught me (and all the other avocados out there). I hope everyone reading this has an avocado of their own to pass along the lessons of the river: learning limitations, living in the moment, doing without to find rest, and going with the flow. What lessons have you imparted (or learned) on the river from another generation?