Growing up in northern Florida I had no access to whitewater without embarking on a significant drive. So, when I first moved to western North Carolina ten years ago, I was in heaven learning the ways of whitewater kayaking and rafting on so many free-flowing rivers and rivers with regularly scheduled dam releases around me. After learning my roll, I finally had the skills to bite off the southeast staple, the Ocoee River. 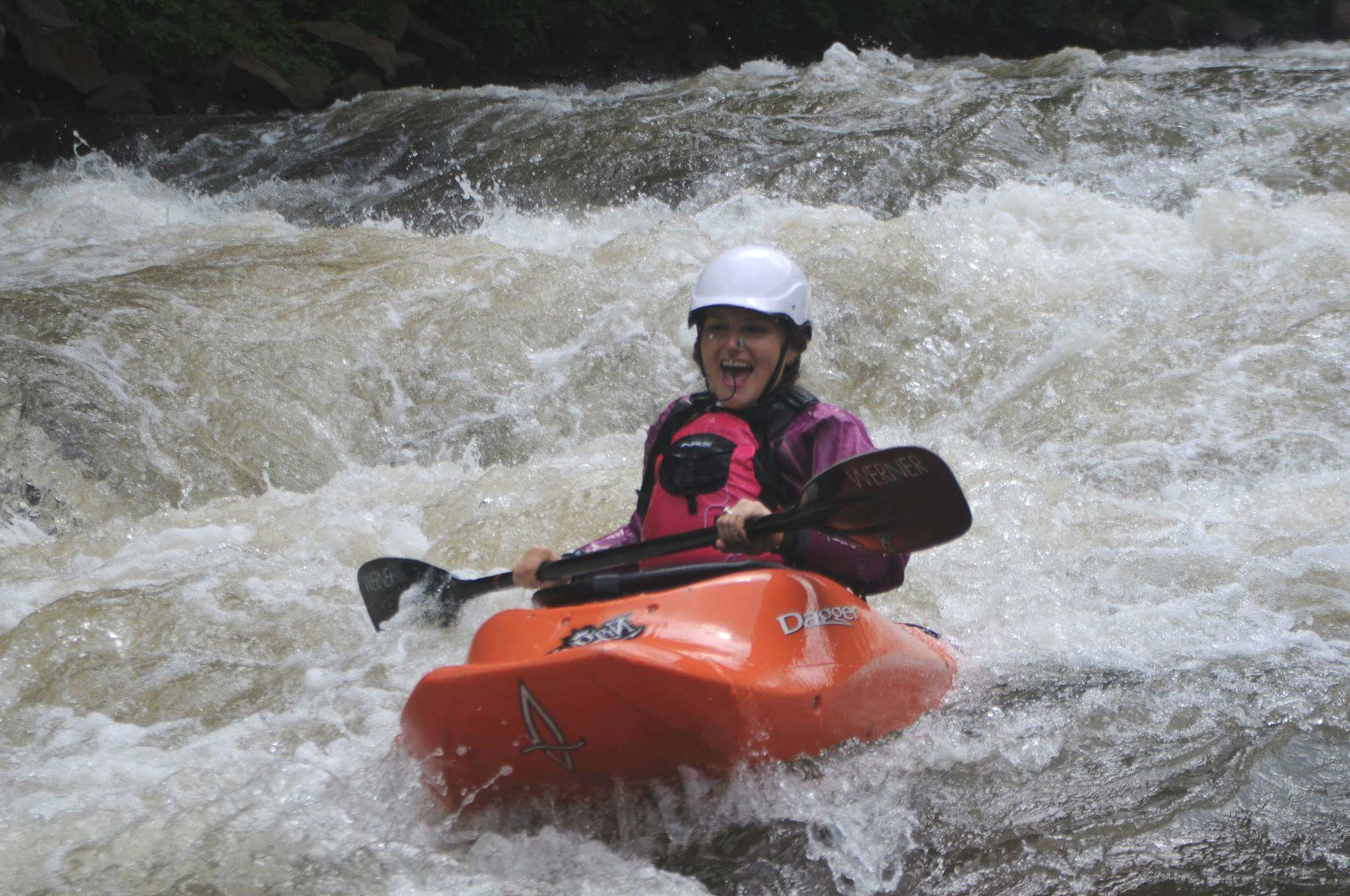 I can still feel the nervous butterflies that were deep in my belly, and the giddy excitement that pulsated through all my extremities that first spring day that I snapped my sprayskirt on my boat to run the Middle Ocoee for the first time. A group of adventurous ladies had traveled the three hours from Asheville to spend the weekend tackling this new-to-us river. Unlike the low volume creeks I had been paddling, the Ocoee’s bigger water created a rush I’d never experienced. And I absolutely loved the vibes of all the paddlers we encountered as my crew paddled downstream. Everyone on the river was fired up from the endless play features and the energy was contagious. After having a triumphant day on the river, we camped along her banks, recapping the day next to a warm campfire, planning to ride mountain bikes after our run the following day. This is the moment I fell in love with the Ocoee.

I would go on to raft guide and photo boat down this river for a couple summers, getting to enjoy the river on a daily basis. I saw a vast improvement in my paddling within weeks and by the end of the seasons, I felt more confident in my paddling skills than I ever had. It made me not only fall in love with the river but become attached to it and want to get to know it more. 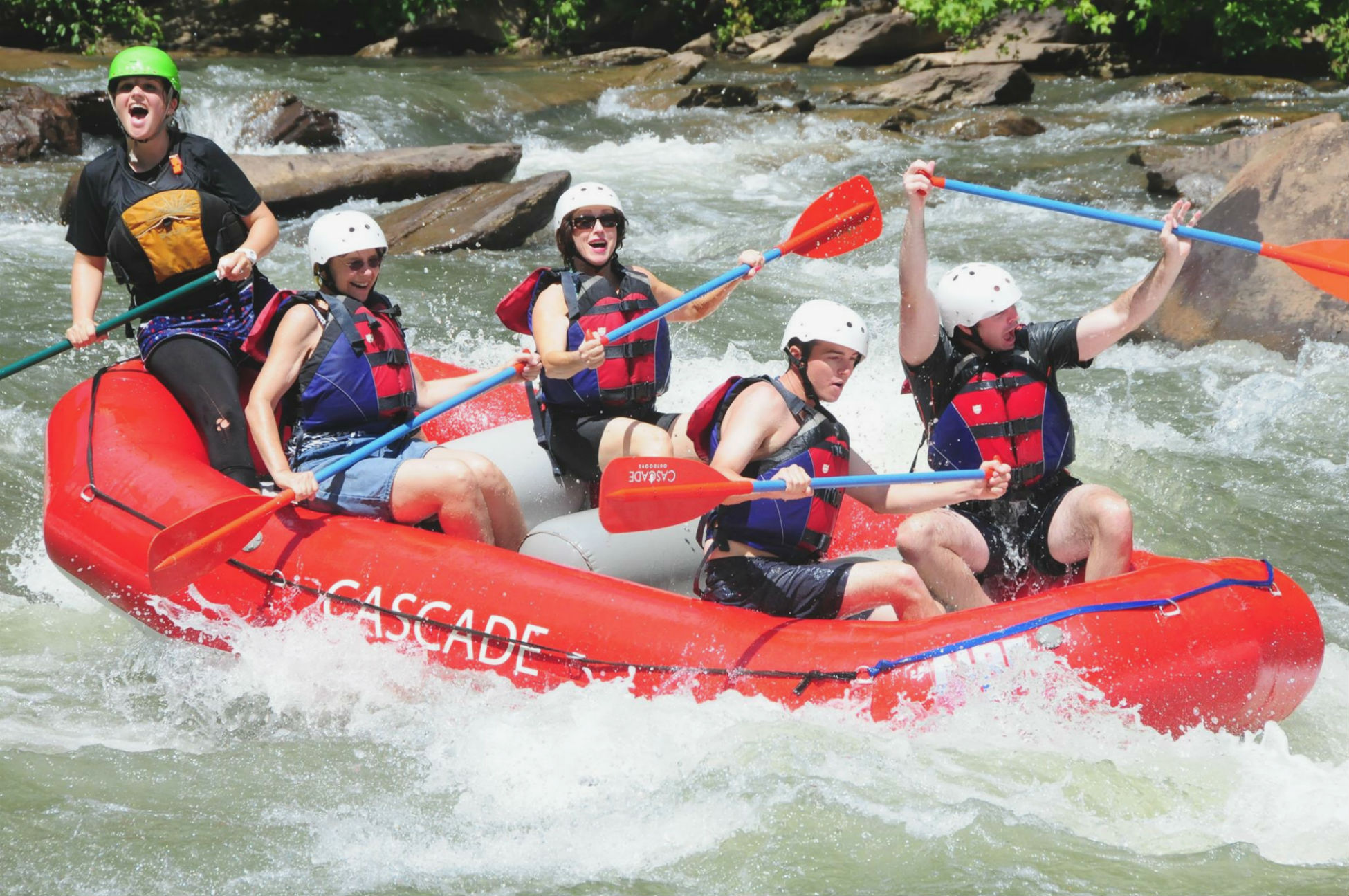 The Ocoee River, as we know it today, is made up of three dams managed by the Tennessee Valley Authority (TVA). In September of 1976, the flume diverting water to create power was damaged, flooding the riverbed. During this temporary lapse in diversion, word spread that the flooding had created five miles of awesome whitewater and boaters came from all over to raft and kayak the floodwaters. And as plans to repair were slowly underway, the stoke continued to the point that rafting companies started popping up, capitalizing on the world-class rapids, which brought a big economic pop to the area.

Since the beginning of commercial rafting on the Ocoee in 1978, more than five million people have paid local companies to brave the rapids, filling a huge economic need. The world recognized the Ocoee’s relevance to whitewater by making it the site for the 1996 Atlanta Olympics, which increased the Ocoee’s tourism market, from lodging to dining to recreation. And from that moment the world knew about southeastern Tennessee’s whitewater gem. The Ocoee quickly became one of the most popular whitewater rivers in the world bringing about 250,000 visitors a year. 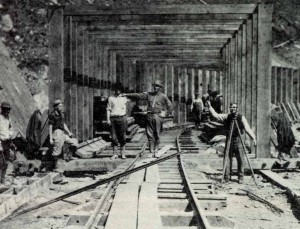 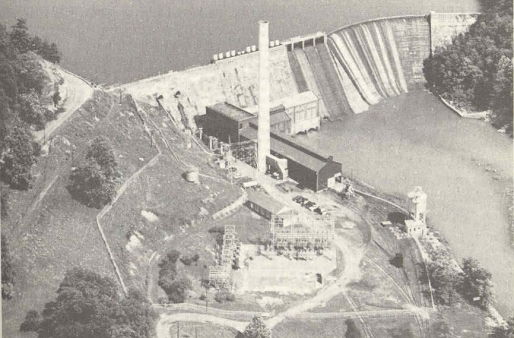 Since the beginning of commercial rafting on the Ocoee in 1978, more than five-million people have paid local companies to brave the rapids, filling a huge economic need. The world recognized the Ocoee’s relevance to whitewater by making it the site for the 1996 Atlanta Olympics, which increased the Ocoee’s tourism market, from lodging to dining to recreation. And from that moment the world knew about southeastern Tennessee’s whitewater gem. The Ocoee quickly became one of the most popular whitewater rivers in the world bringing about 250,000 visitors a year.

But regardless of the economical benefits the new Ocoee was delivering, repairing the flume as fast as possible was still TVA’s number one priority. With repairs coming to an end, paddlers risked losing the Ocoee. But in 1983, due to the newly created high demand, TVA reluctantly agreed to add in 116 days of recreational whitewater releases. TVA drafted a lease agreement with the Ocoee River Outfitters Association (OROA) for the recreational releases of the water in exchange for various fees to be added into the price of a rafting trip. On top of those fees, a loan of 1.3 million dollars was taken out by OROA to pay TVA upfront.

The current lease agreement was scheduled to come to an end in 2018, creating a panic on what the future of this amazing river would become. Even though this type of monetary agreement for recreational releases is unprecedented, it was working in the sense that Tennessee had guaranteed water for paddling purposes, ensuring the rafting companies could stay in business as well as creating a world class whitewater run for private boaters like me.

When the new lease agreement from TVA came to the table, not only were the terms shocking, they were devastating. TVA was looking for the rafting companies to foot a bill of 1.8 million dollars a year in lost energy revenues. That cost would financially crush the industry, decimating the thriving community it had created.

Under the original lease, each outfitter was paying $1 per person to TVA directly for a middle trip and $4.70 per person for upper trips. On top of those fees, there was a 50 cent per person state parks usage fee and a 28 cent fee to Polk County directly. Starting in 2019, according to TVA numbers given to council members in 2013, those payments would have jumped to $8.80 for the Middle Ocoee and $10.69 for the Upper Ocoee.

Just for comparison, the nearby Pigeon River, also a frequently rafted dam-released river, runs just over 78 releases a year for free to the raft companies because it’s all paid for by Progress Energy, the local company using the dams for power.

Luckily, many people and advocacy groups like America Outdoors, American Whitewater and OROA began the long and tedious process of trying to come to a resolution with TVA several years ago. Many private companies donated money to these groups in hopes of seeing this river community thrive. After several years of negotiation, both parties came to an agreement which will allow the Ocoee to continue to be a home for whitewater thrill seekers. The state has formed the Ocoee River Recreation and Economic Development Fund to ensure future recreational releases on the Ocoee River.

The details of the new agreement are available to the public online and I encourage you to become familiar with not only the Ocoee’s agreements but also the local rivers around you. With so many people visiting the Ocoee River as well as other rivers a year, boaters have a unique opportunity to create new stewards for clean water, public access and use of public resources everywhere.

This year, I was fortunate enough to join Cascade Outdoors, a local rafting company, at the annual Ocoee River Cleanup. Just over 130 raft guides, photo boaters, and local business owners showed up along the banks to ensure the river was off to a clean start for the 2017 season. The positive energy was palatable and it seemed everyone was incredibly thankful to have this resource for so many years to come. As I looked around Dumpy’s during the after party, it made me smile to see so many fresh faces coming to learn the dirtbag lifestyle of raft guiding and living off the abundance of this river that for so long had meant so much to me. I know I’m just one of thousands of boaters who can personally attribute the Ocoee River to their progression on the river, as well as off the river.

I think now more than ever it’s important we advocate for the rivers we are so privileged to enjoy. I encourage paddlers around the globe to get involved in the local politics of the rivers around them and fight for the rights of paddlers. More importantly, become a positive example for fellow river enthusiasts by creating clean-ups, educating the public on respectful river practices and hosting events to bring the river community together. I want to create the same opportunities I had to grow as a paddler—and a human—on the Ocoee River for the generations to come.