Debating a First Descent on the Oldman River

As we approached a clearing at the top of another rocky peak, we once again caught a glimpse at the boulder strewn, siphon-filled rapid we were portaging. We gave up on carrying our boats kilometers ago because the bush is far too thick to navigate with a boat on your shoulder. Instead, we dragged our loaded boats behind us, as swarms of black flies nibbled every inch of exposed skin. We had spent over an hour portaging this one rapid and we had no idea how many more of these un-runnable canyons laid ahead. Any sane person would be asking, “What on earth are we doing here?” I had never been in a place so rugged and remote. 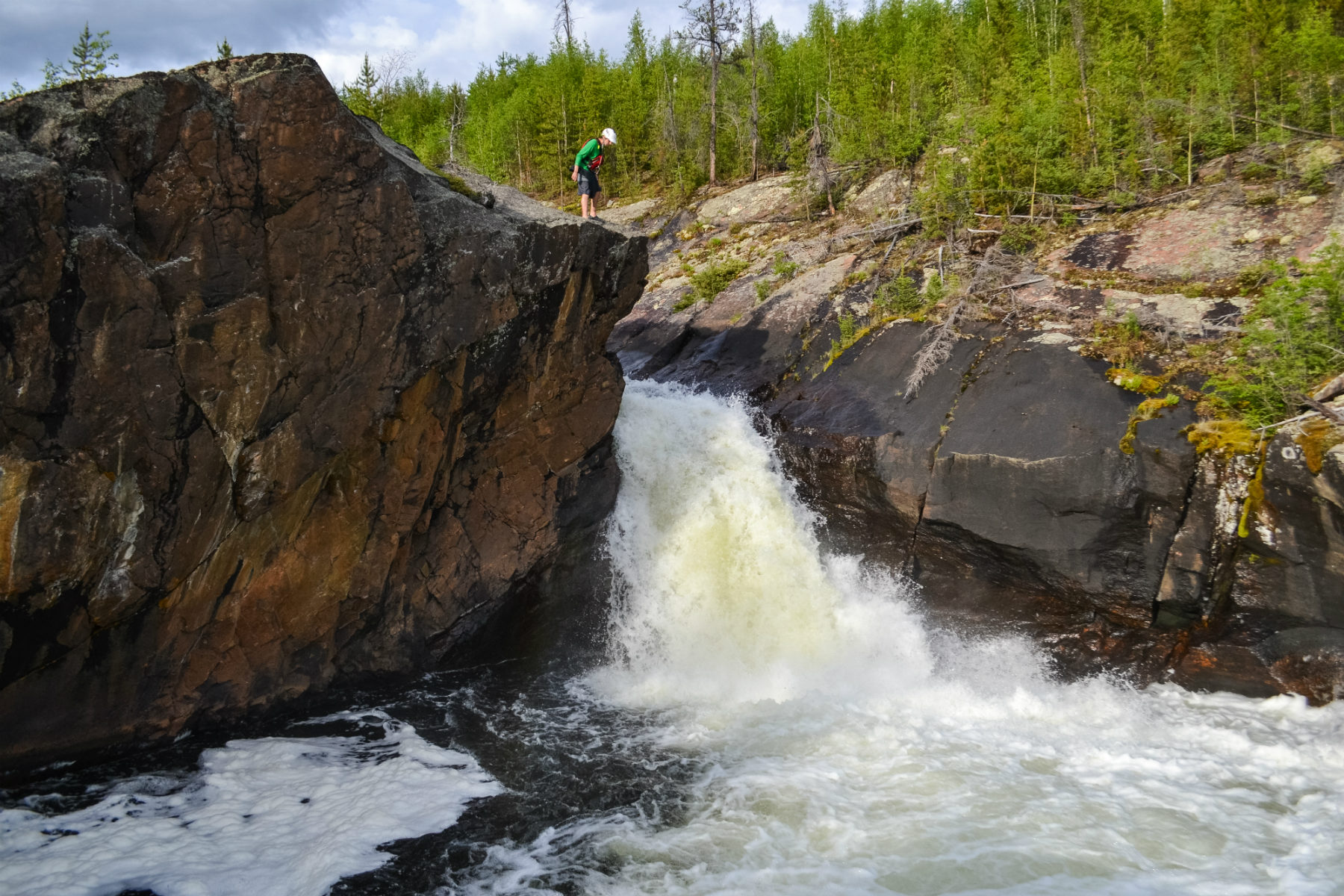 Whitewater paddlers are fueled by the idea of “first descents.” The motivation to be the first person to explore a remote whitewater river in a far-off place is what drove us to come all the way up to Northern Saskatchewan.

Like any self-proclaimed expedition paddler, we’ve spent hours scanning satellite images, hoping to find “gold” in the form of waterfalls and canyons in a place where paddlers from previous generations never thought to look. The Oldman River is exactly that. Its deep canyons and steep drops can—literally—be seen from space. The river lies 130 kilometers from the nearest dirt road and 800 kilometers from the nearest pavement. With that alone, it seemed unlikely that anyone would have been there before us, so off we went. 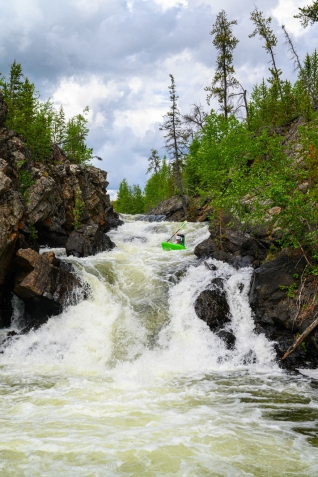 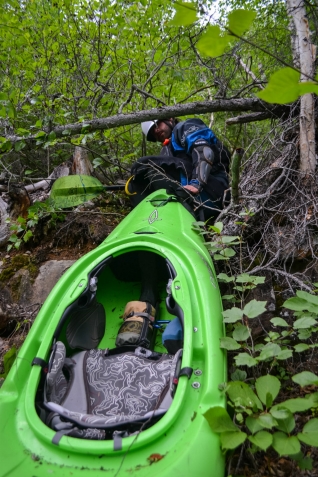 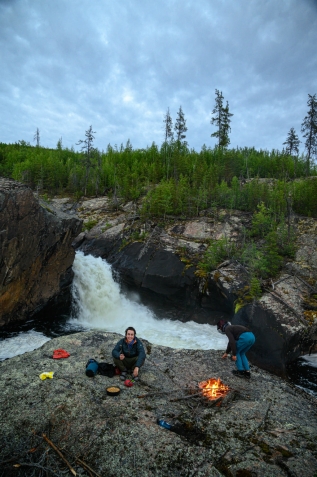 A floatplane dropped us at the headwaters of the river and the high-quality whitewater around every turn blew our minds from the start. The Oldman River handed us everything we hoped for and more. Epic rapids, tight gorges, clean drops and savage portages. The river checks nearly every box on any expedition kayaker’s list except for one: our descent is not a true “first descent.”

While yes, it’s safe to say we are the first whitewater paddlers running these rapids, we were naïve to think we are the first people to explore this river valley. The first clue came on our very first day as we ate lunch on the shore of a small lake in the middle of nowhere. Along the rocky shoreline and just a few feet away, was a small rusty stovepipe. The stovepipe likely marked the site where a prospector’s tent once stood. 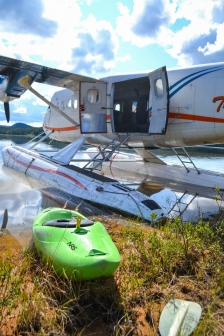 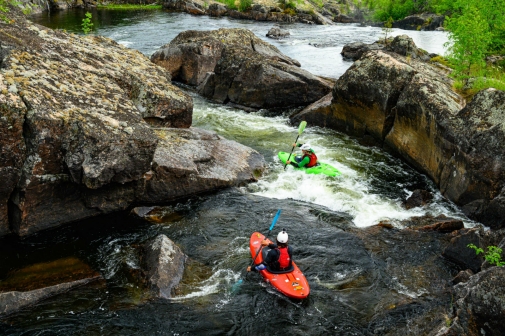 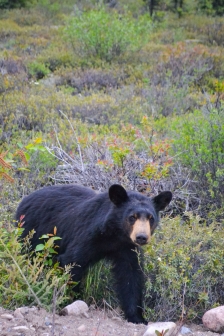 We came to learn that back in the 1930s, prospectors with a dream of striking it rich began exploring the rugged north shore of Lake Athabasca in search of uranium and gold. Unlike us, they weren’t equipped with breathable waterproof clothing, lightweight camping gear and the latest in whitewater kayak designs. Nor did they have a floatplane shuttling them to and from this desolate place.

Instead, they most likely donned thick wool and flannel and set out for months at a time on foot or by canoe across this rugged landscape. While some struck it rich finding some of the largest mineral deposits in the country, others found nothing. But these prospectors all shared a desire to explore the unknown and a willingness to risk it all in some of the harshest terrains around. 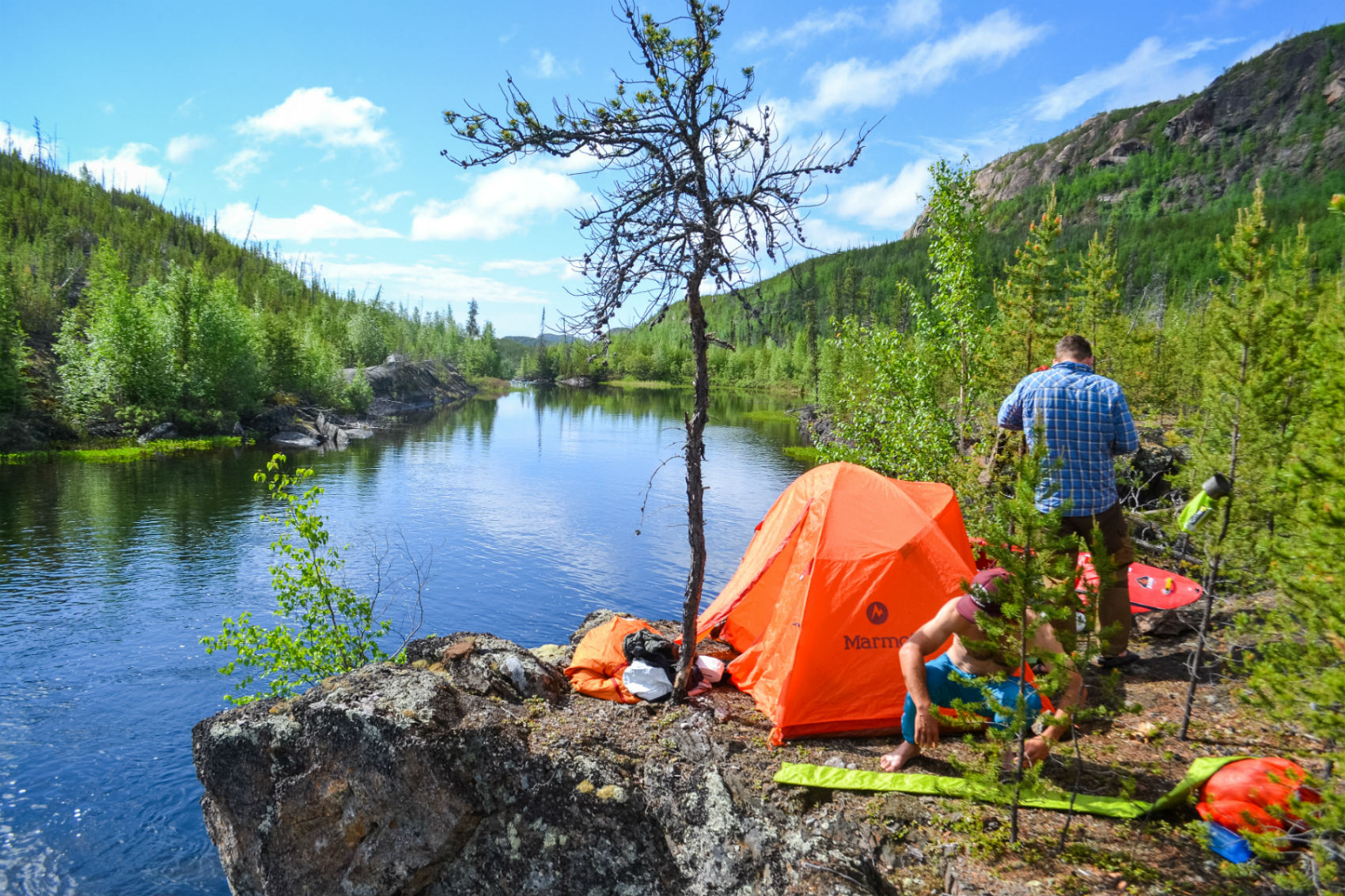 A severe storm on the shore of Lake Athabasca greeted us as we paddled from the mouth of the Oldman River, completing our goal to paddle the river in its entirety. Waves on the lake increased and we struggled to fight our way down the shore to a more sheltered area. It was obvious that the boat scheduled to pick us up at the mouth of the river wouldn’t be making the 130-kilometer trek in such poor conditions.

We had heard rumors of a man who lived not far from the mouth of the river and we hoped we could wait out the storm in his small cabin. Mike took us in with open arms and let us wait out the storm. Two days passed before a plane can safely land. And while Mike had no extra food to offer, he kept hot coffee flowing. 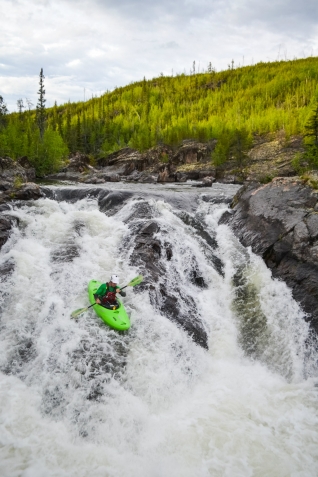 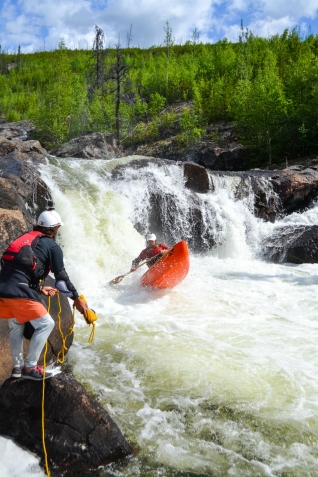 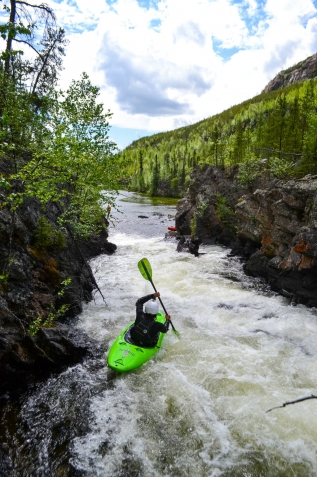 Mike and his dog Cisco spend five months of the year living in their one-room cabin on the north shore of the lake. He’s the only person living on this section of the shore; his closest neighbor is 60 kilometers away via boat across an exposed section of the lake. We spent hours talking to him about the history of the area. We learned a lot about the prospectors that explored the shore and about the boom and bust of the mining towns in the region.

Mike also shared the story of an indigenous trapper who once lived near the mouth of the Oldman River. In fact, many of the islands and geographic features of this part of the shore are named after him. The trapper lived in solitude on the lake, returning to civilization only a handful of times a year to trade his furs for supplies. He would have traversed sections of the Oldman countless times, setting and checking his traps. He did this long before the arrival of prospectors and long before us. 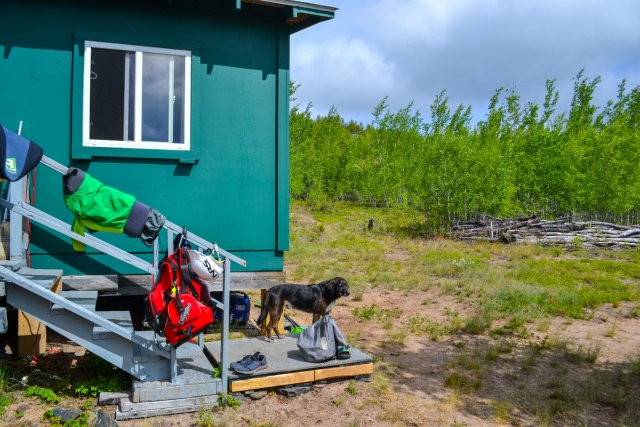 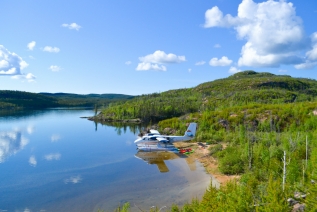 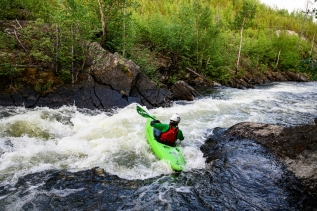 We came to the Oldman River in pursuit of the trophied “first descent.” While we were most likely the first to run many of the rapids and waterfalls on the river, it wouldn’t be fair to call the trophy ours. We learned so much about the adventurers who followed the river’s remote and rugged course centuries ago.

Instead of a trophy, we gained something far more significant, a deep respect for the first peoples of the land and past generations drawn to this place. And while their motivations for exploring the river differed from ours, we came to appreciate our common bond, our determination to tackle significant hardship in pursuit of a goal.

In our youthful, zealous and occasionally arrogant quest to be the first down a river, lets not forget that we truly do stand on the shoulders of those who have gone before us. I feel humbled and grateful to have a simple, small share in the legacy of the Oldman River. I need no more than that.