In the first part of the Cadence Series, I discussed some of the basics needed to get on the water and progress past beginner and intermediate whitewater kayaking. Part 2 is focused on building the core skills needed to paddle advanced whitewater. Paddling progression consists of learning skills, and then reapplying those same skills in increasingly difficult sequences until they’ve been mastered. Therefore, learning must start at identifying and practicing the fundamentals. 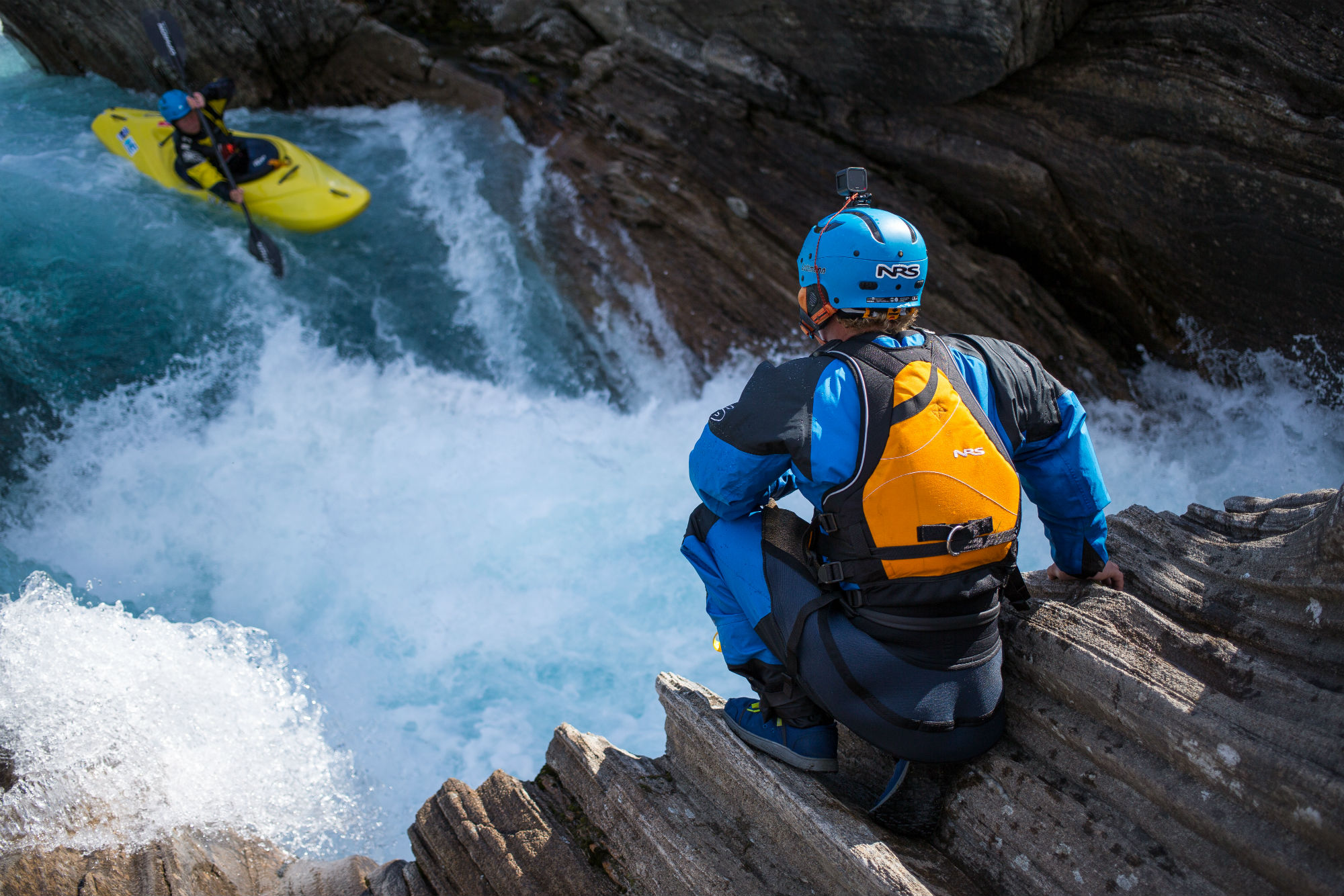 Building Blocks
A mechanic diagnoses a problem, finds a solution and determines the tools needed to perform the repair. An expert paddler deconstructs a rapid, finds a line to their point of choice, and then determines the timing and fundamentals needed to run it cleanly. This technique is best learned on familiar Class III and IV rapids, which are wide and deep enough to allow for new creative lines. Finding new boofs, eddy lines to squirt, and obscure eddies which are difficult to catch adds a new challenge.

Your perspective of running rapids will quickly change. Knowing multiple lines for each rapid means that they can be combined at intersections. Running laps on a single section suddenly transform into an opportunity to run a diverse set of lines that otherwise would have required multiple rivers. The goal is to reach a point where a feature on a new river reminds you of a move you’ve already dialed in on your home stretch. Most importantly, you’ll learn how to dissect a rapid into familiar parts, categorize those parts, choose the correct corresponding moves and find the route to connect them.

This mindset is key to properly scouting and choosing a line on difficult whitewater. Breaking down the chaos into individual features, identifying hazards, and working backward to find a line is crucial for success when pushing yourself. The creativity practiced on easier rapids will be useful for finding solutions to seemingly difficult moves, and will help you judge speed and timing, which is the next skillset to master. 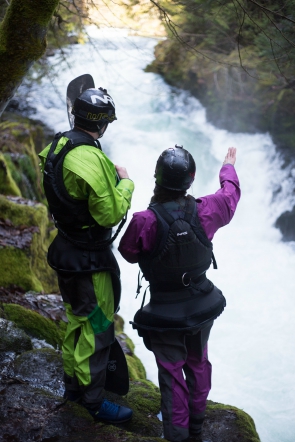 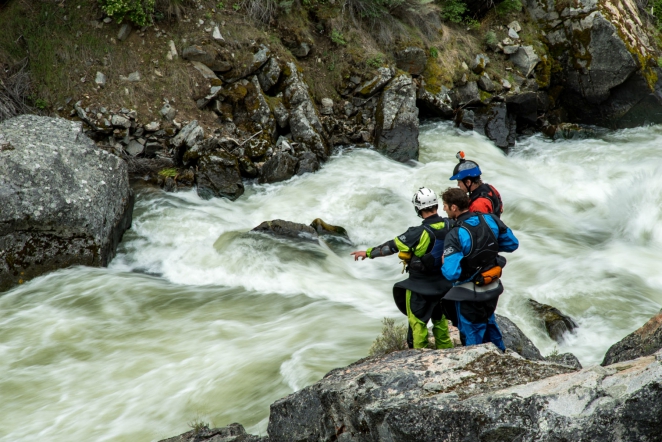 Training
In freestyle, the key to learning a new move is often finding the right feature and having the persistence and patience to crash until something clicks. If the wave and boat are good enough then failure is ultimately the result of technique. Once learned, mastering a trick means having the finesse to execute on small technical features, and the confidence to throw down on big ones.

Paddling unnecessarily complex lines is the oldest and simplest form of down-river freestyle. It requires creativity, reading water, and a technical skillset more advanced than simply surviving the same rapid. This technique is best learned on Class III rapids with healthy flows where running the standard lines is no longer challenging.

Focusing on existing skills, begin pushing to the upper edges of your comfort zone. For example, start by catching eddies which are increasingly smaller, farther apart, and technical to access. As a skill becomes easier, find places to stress test the technique’s reliability in a higher risk scenario. Using the same example, try catching an eddy just above a big hole and then ferry back out cleanly. Honing skills is as integral to advanced paddling as sharpening knives is to being a chef. 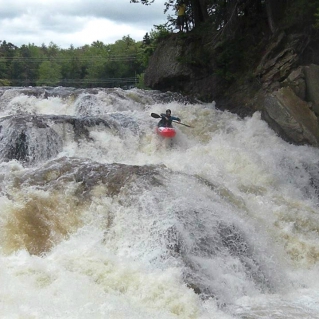 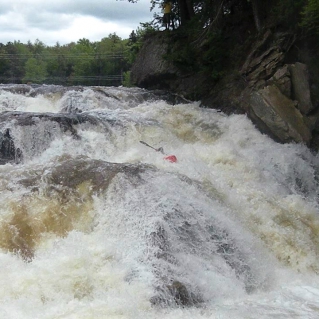 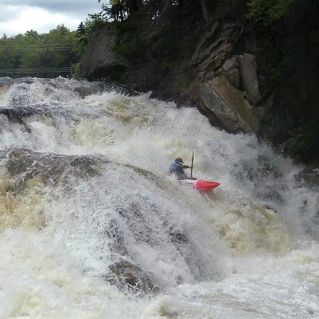 From catching eddies, set a goal to learn the rest of the building blocks which make up running rivers—ferrying, surfing small waves to ferry, boofing, flaking and grinding rocks, punching big holes, and penciling waterfalls. Learn the time and place each of these skills are most useful, unlock new lines, and solve problems.

The purpose of drilling skills is two-fold. In addition to building muscle memory and physical prowess, these exercises build confidence in a relatively safe environment. Without risking injury, a Class III paddler can create lines on their home river which are as difficult as the Class IV run they’re aspiring to paddle before the end of the season. Once exposed to the hazardous features that warrant the Class IV designation, the paddler must simply perform at the same level they have been practicing in a higher stress environment. Training has sufficiently prepared the paddler for success before even arriving at the Class IV river. 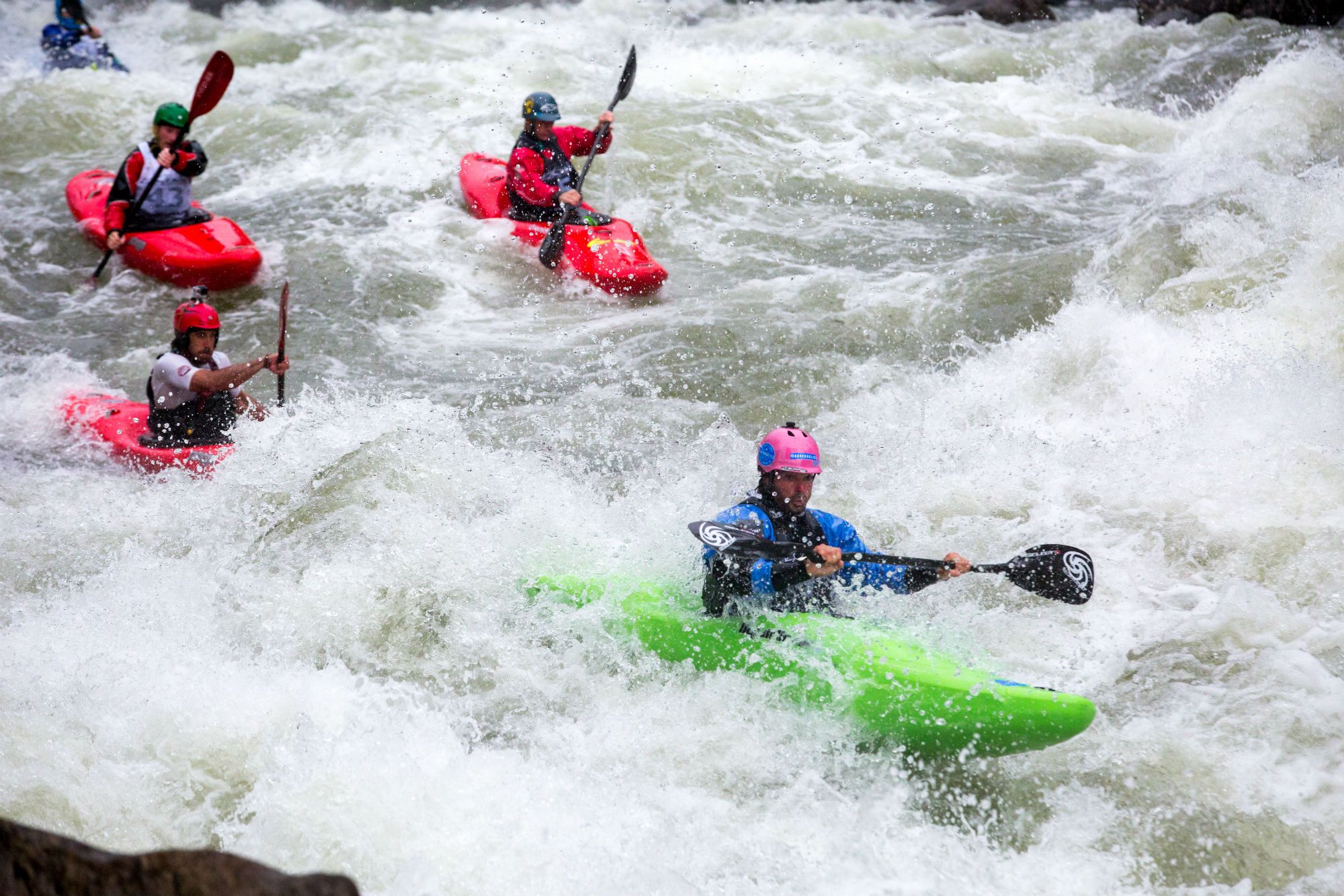 Playing
Although most paddlers wish that they could spend their lives traveling the world from river to river, most are restricted to weekend trips. One of the best ways to continue enjoying a run and make it challenging is to take more playful boats down it. A slicey river runner like a RPM, Braap or Antix is fast enough to make most moves, surfs and squirts eddy lines well, and makes river running more challenging.

Of course, freestyle only counts when it’s executed smoothly. Parts 3 and 4 will explore how the hard edges of building blocks can be sanded down to flow seamlessly from one into another. 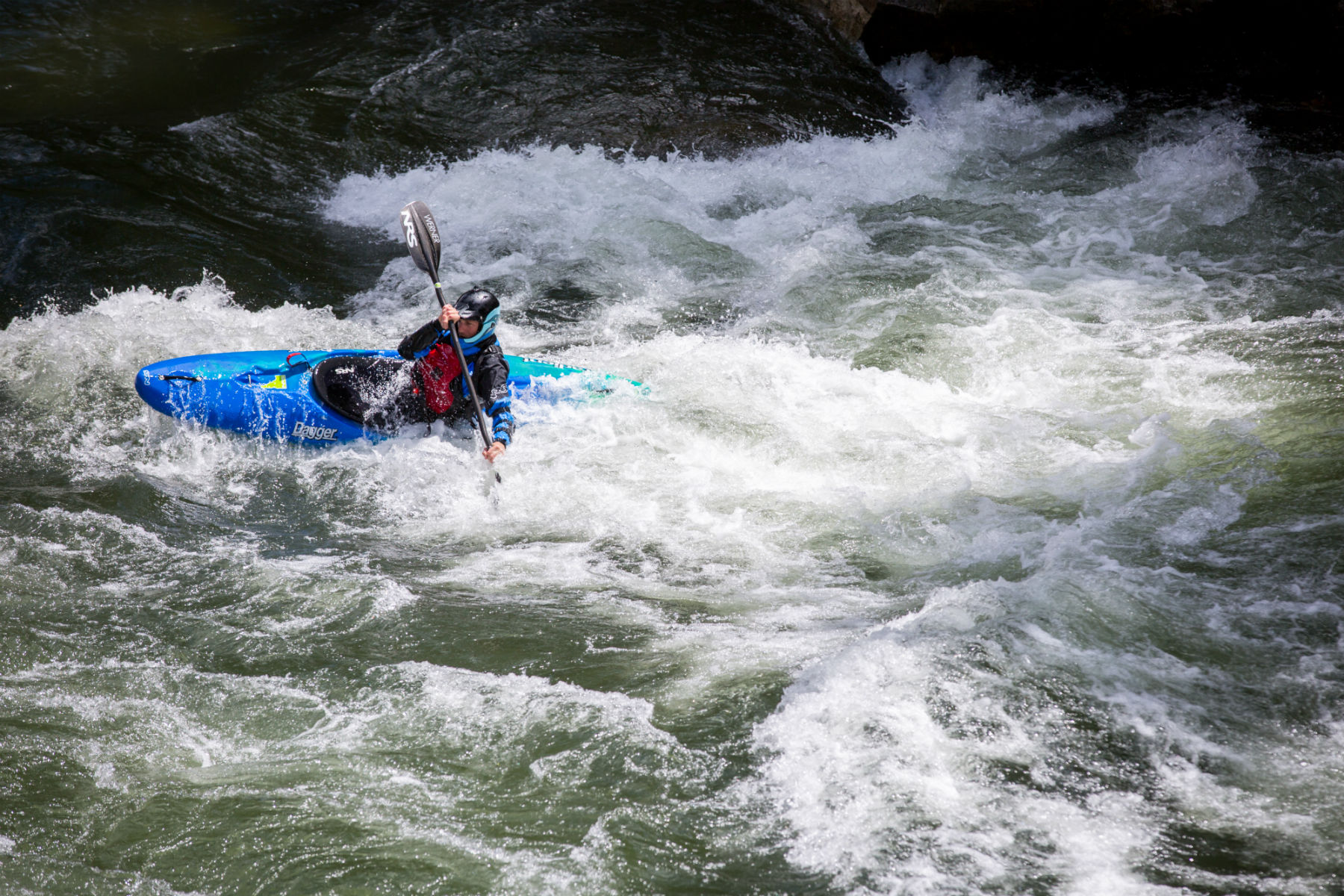