There is no place like home. The majority of the Balkan River Defence (BRD) crew call the Soča River their home river, and so the second week of Balkan Rivers Tour 4 was a homecoming of sorts, where the kayakers of BRT invited kayakers from around the world, to their home run in Slovenia.

The formula for BRT is simple: expose threatened rivers, directly help the passionate locals fighting for them and…kayak. And this week in the Soča Valley was just that! As this photo essay takes you through a week in Slovenia’s Soča Valley, we challenge you to picture yourself organizing a similar event on your home river or a threatened local tributary. What’s stopping you? 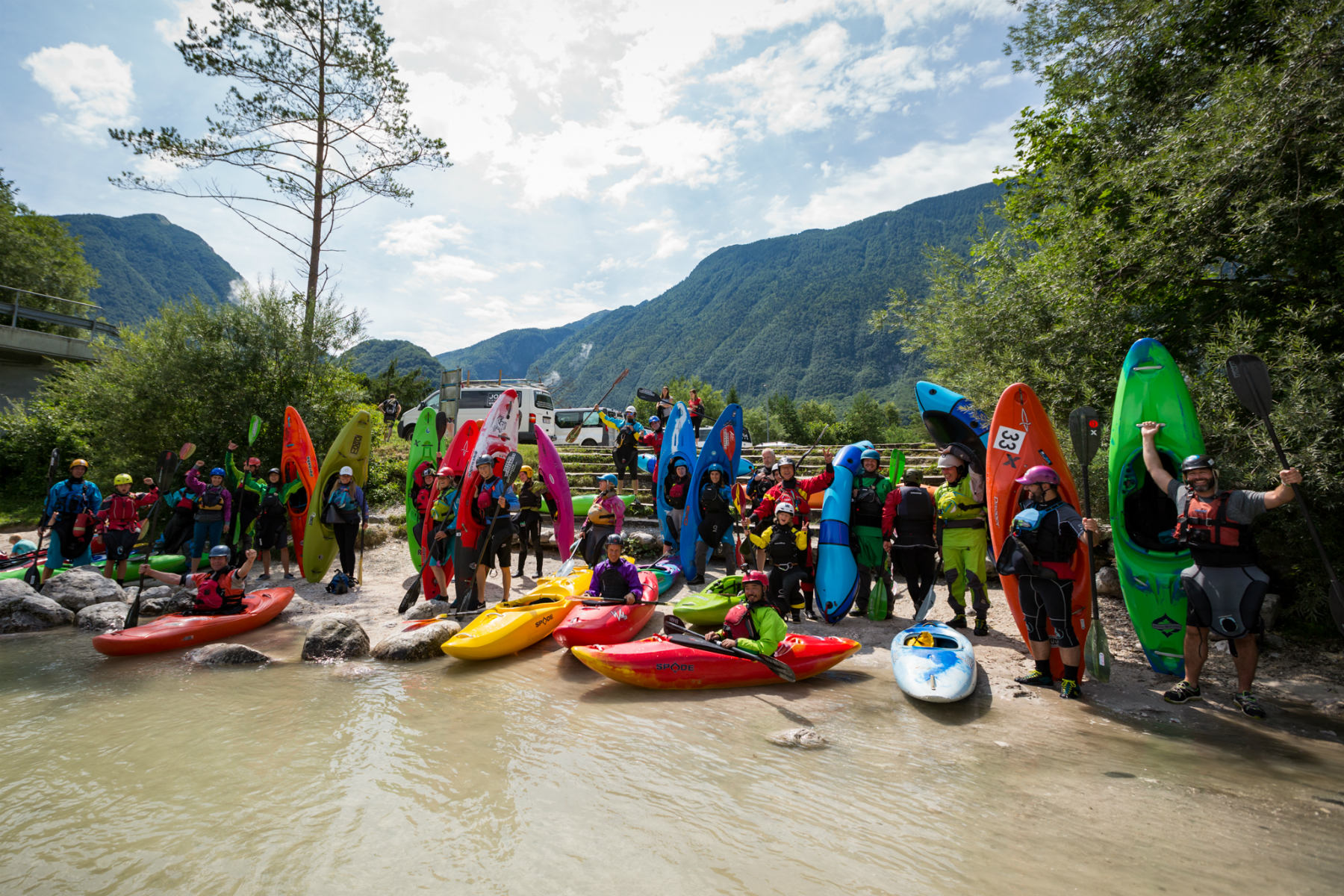 Day 1 | Upper Soča and Students for River Camp
The second week of Balkan Rivers Tour 4 kicked off in Slovenia’s Soča Valley. Drifting down a section of the upper Soča from Lepena to Čezsoča with a crew of international kayakers everyone enjoyed the playful whitewater in a river so clean locals literally drink the river water from under their boat.

Students for Rivers Camp (SRC) is a week-long event bringing students and experts from around Europe together to discuss river conservation and alternatives to hydropower. SRC ran parallel to BRT4, and our week in Slovenia was the official kick-off of BRD’s River Intellectuals initiative. All the students joined the BRD crew on the water on Friday to fully experience the Soča and a real outdoor classroom. 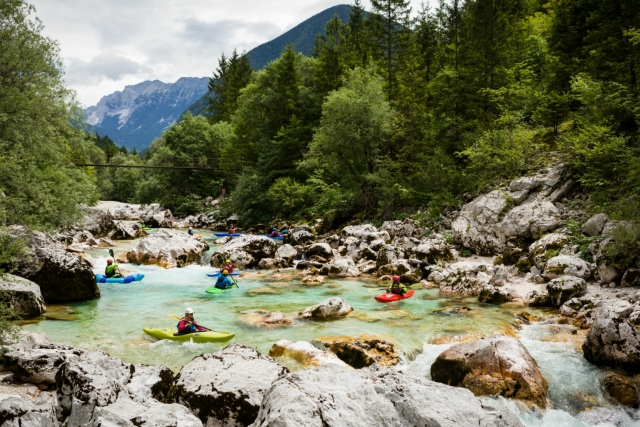 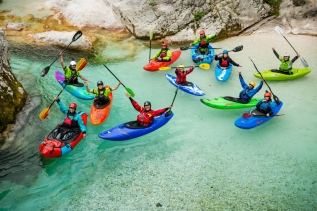 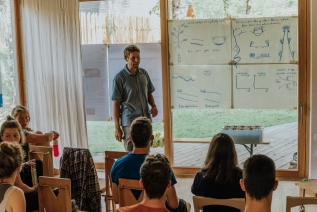 “This week was a proof that we are not lacking energy, dedication or passion. The Students for Rivers Camp and it’s interdisciplinary approach to river conservation was a very important addition to our equation of river protection, one that will provide small local NGOs with ammunition for new fights to protect wild rivers.”
– Rok Rozman, NRS paddler and founder of Balkan Rivers Tour and the Balkan River Defence river conservation movement

Day 2 | Paddling and Mission East to West
Paddling from Čezsoča to Trnovo the BRT4 river family continued to grow with paddlers from Peru, UK, Ireland, Austria, Germany and Canada. That night, NRS ambassador Anup Gurung from Nepal presented his story of river conservation in Nepal called Mission East to West.

Preparations began for the Free the Soča Flotilla which will take place on Saturday. The flotilla was planned as a way to celebrate the Soča and all she provides! 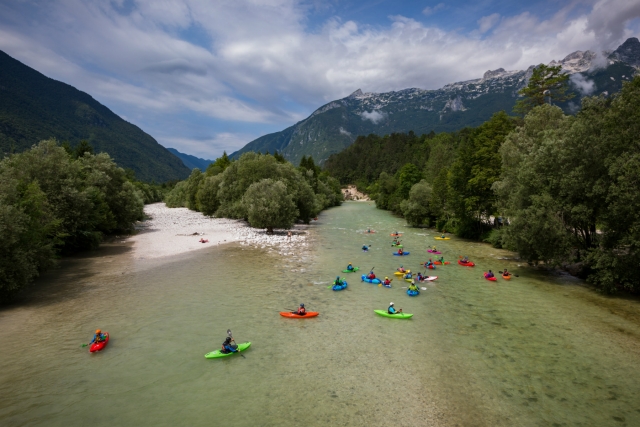 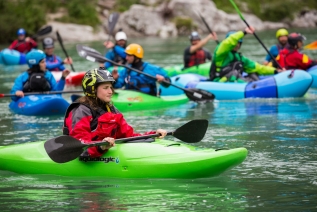 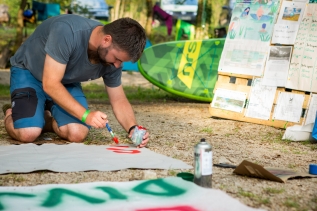 Day 3 | A Visit from Local Heroes
Balkan Rivers Defence isn’t the first group to defend and protect the Soča. Local heroes honored us with a visit. These guys defended the Soča in the 70s against two proposed dams that would have turned Soča Valley into two massive reservoirs between Bovec and Kobarid. The stories told, the photos shown and the emotions present were simply incredible and kept us awake long into the night. 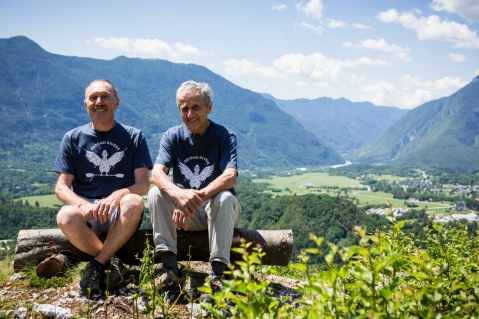 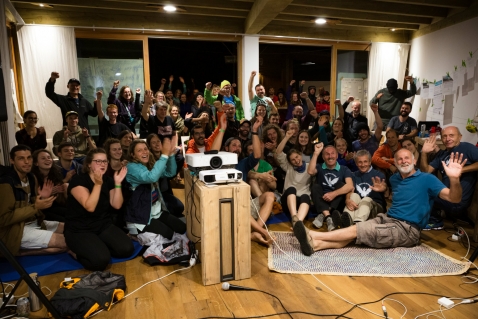 Day 4 | Doing it All
You can pack a lot into a day in the Soča Valley. And during BRT4 and SRC, we did just that. But it’s pretty simple…the river is why we are here. Using science, sport, spirit and peaceful resistance to protect our rivers.

“The Soča valley is a great example of what we are fighting for—if we manage to keep rivers wild, they could be the starting point to develop sustainable tourism and provide bright future with space for everything, except greed” – Rok Rozman 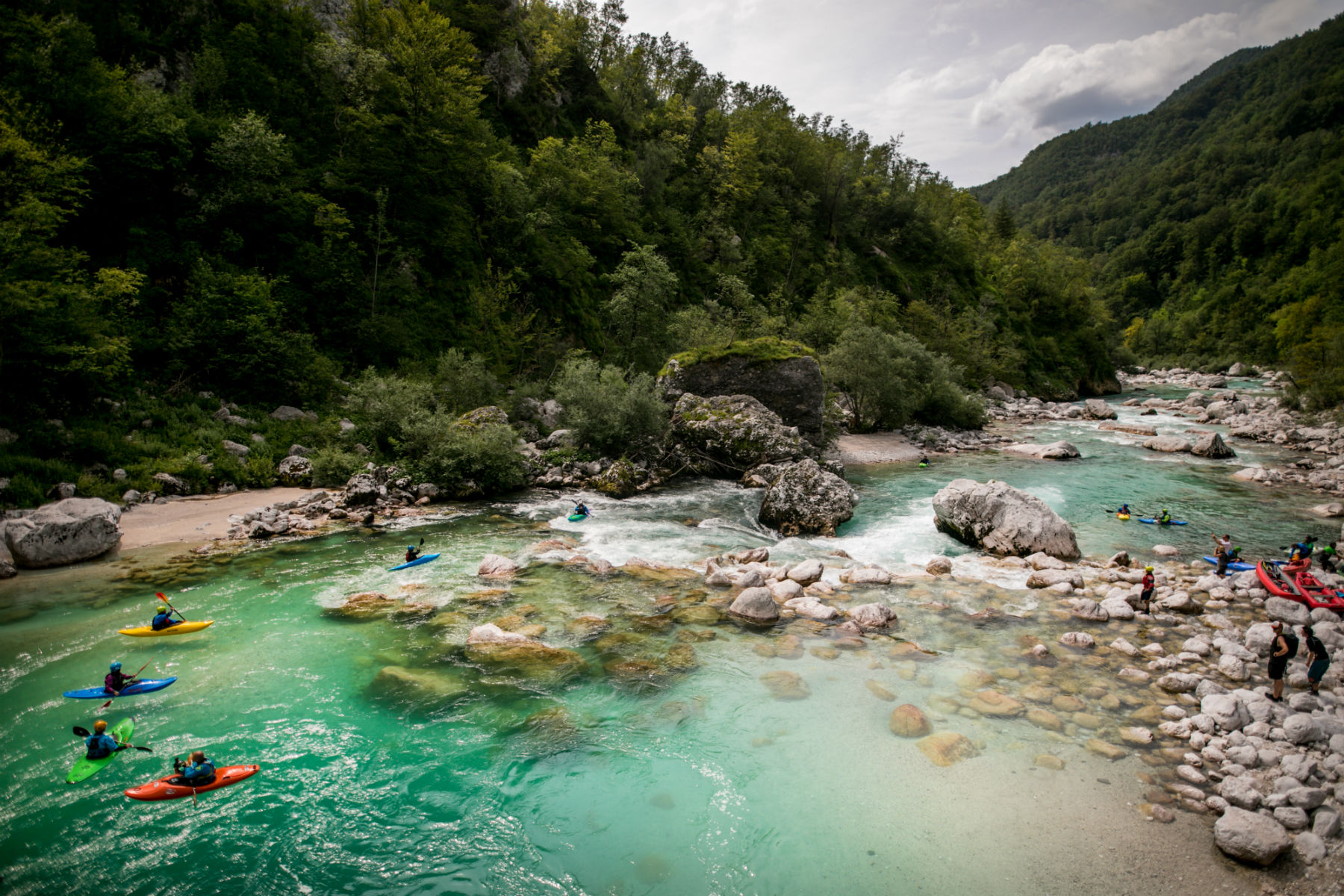 Day 5 | Students for Rivers Hit The Water—Again
The Students for Rivers Camp had the chance to once again ditch the lecture hall and explore their river-related research and study topics on the water! They joined the BRT4 flotilla under Kobarid’s iconic Napoleon Bridge which drifted into an afternoon of river-side lectures, warm burek pastry and a few more paddle strokes downriver to get them to the final BRT4 camp near the Most na Soči reservoir. The week will wrap up with a bigger Free Soča Flotilla (as well as a concert and beer mile) to celebrate the rivers of the Balkans and all those who are protecting them! 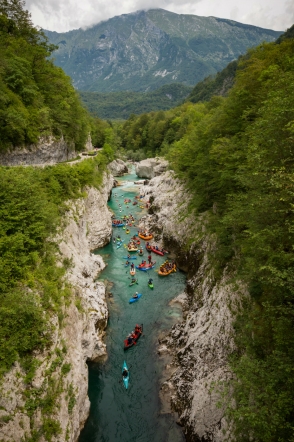 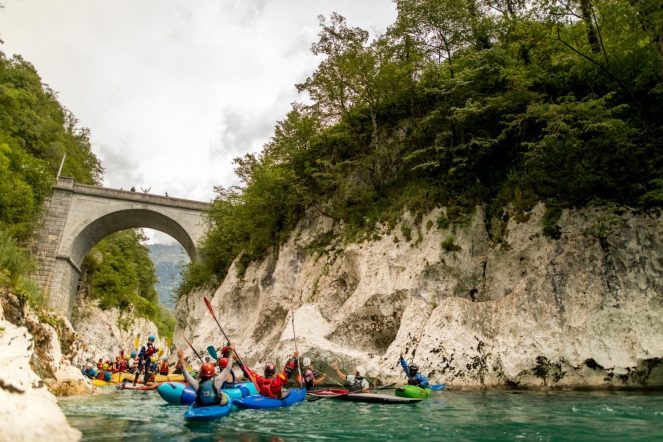 Day 6 | Celebrations and Commitments
Balkan Rivers Tour (BRT) finished a busy week with a huge international flotilla that gathered 150 people from 23 countries making noise on the Most na Soči lake in celebration of the free-flowing segment of the Soča River. The goal of the week was to celebrate the beautiful river, the BRD team calls home and recognize the locals from Tolmin that defended the river in the 70s from two HPPs. They sent a loud message to HPP company SENG that they won’t allow new dams to be built on the Soča’s tributary, the Učja River, and started a discussion about dam removal on the Soča. 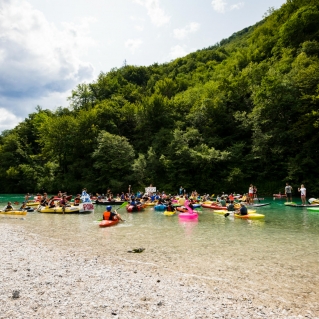 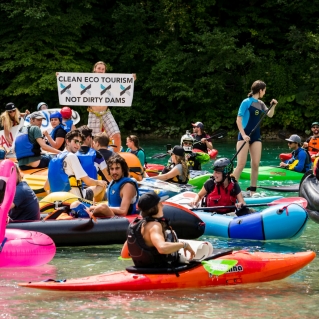 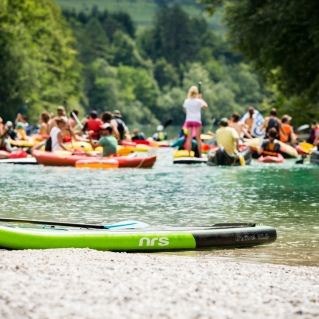 Editor’s Note: All photos by Katja Pokorn. Read about Week 1 of the Balkan Rivers Tour 4.