The skyline of downtown Auckland slowly disappeared into the mist, as the ferry headed farther into the Hauraki Gulf towards the edge of the Pacific and Aotea—the White Cloud or as Captain James Cook decided, Great Barrier Island. Aotea is New Zealand’s fourth-largest landmass and Cook named it during his 1768-1771 expedition to observe the transit of Venus across the Sun. The 245 square-kilometer island acted as a formidable barrier protecting the Hauraki Gulf from the Pacific Ocean, hence Cook’s choice of name. 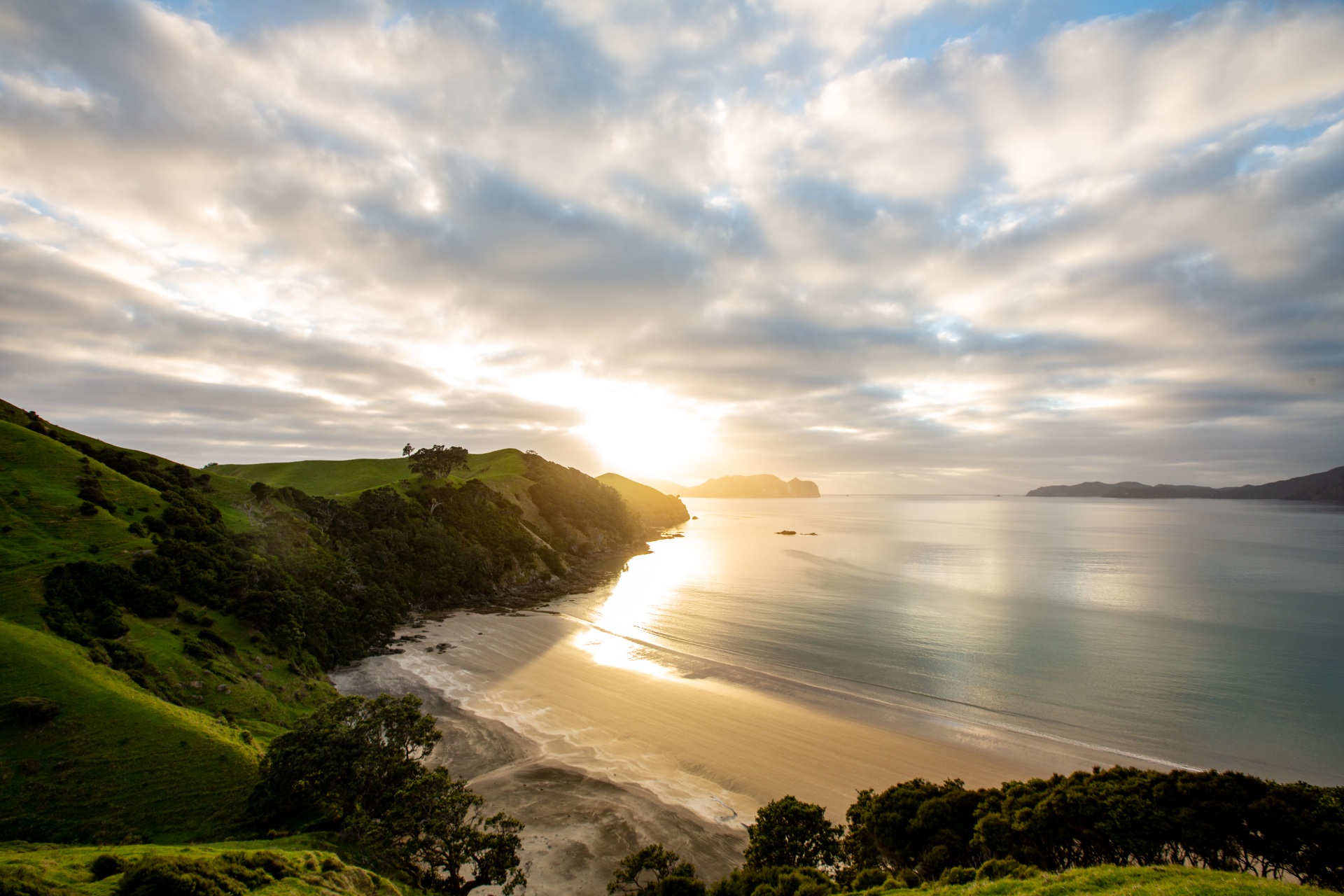 Four hours of relentless swell and some 90 kilometers later, from the clouds clinging to the wilderness in front of us, a speck began to emerge on the horizon. Adventure waited. Our plan was simple: a group of buddies with six sea kayaks, a ton of food and beer setting out to explore the coastline of the Great Barrier Island. Our mission was to try to snag a fish or two but mostly chase good times for seven days in the wild.

Great Barrier Island is home to less than 1,000 residents. Most of the locals sought solitude from the hustle and bustle of the mainland, a serenity that is so elusive in modern times. The year-around residents are as dedicated to staying off-grid as the tourists seeking a remote holiday, making it an easy choice for an adventure. 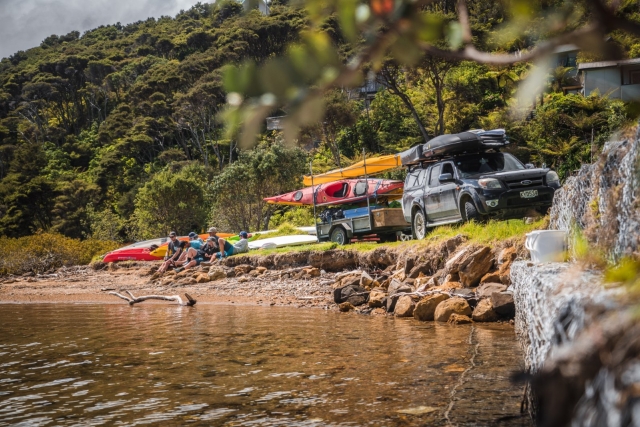 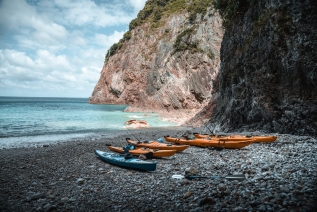 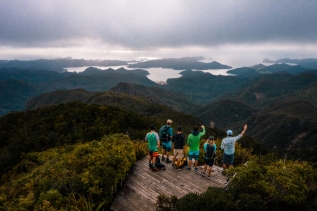 Adventure doesn’t always need to be hardcore, though, and Aotea is the perfect place to switch off, explore and enjoy New Zealand’s natural wonders. Beautiful stretches of white sand beaches surround the shoreline on the east coast while sheltered bays border the west.

Only 19 kilometers separate the Coromandel Peninsula from the Southern tip of Barrier. Dramatic peaks pierce the sky, especially the summit of Hirakimata (the Maori name for Mt. Hobson) a pointy rock outcrop 621 meters above sea level.

We felt instantly at home, and time almost stood still as we rolled into Harataonga Beach to set up camp before heading back out on the water. First stop: exploring Rakitu Island (Arid Island). 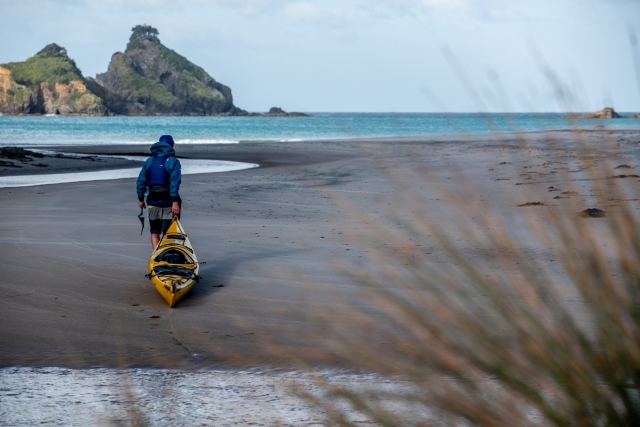 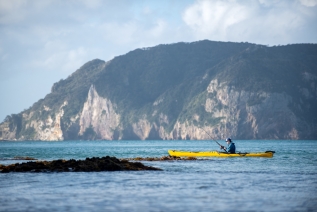 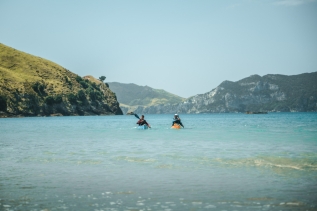 With very few land masses scattered between Rakitu and South America, the mere four-kilometer paddle out from the main island felt extremely remote. Blue seas and dramatic cliffs engulfed our peripheral as we paddled around to take it all in. Seals swam around the boats. And we pinpointed countless caves that had been cut into the rugged cliffs overtime. With so much to explore, this was paradise. 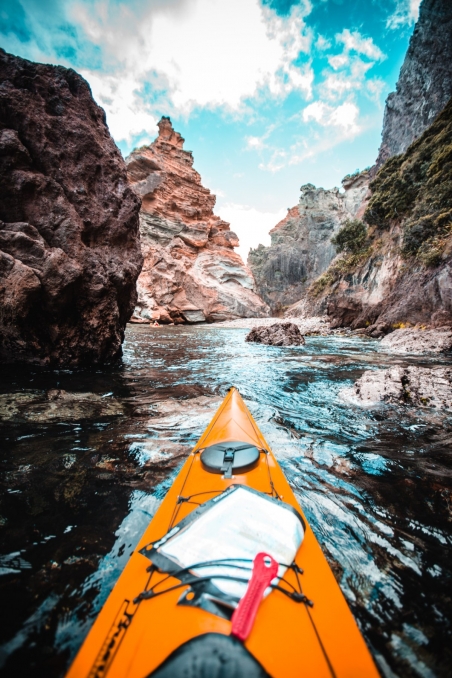 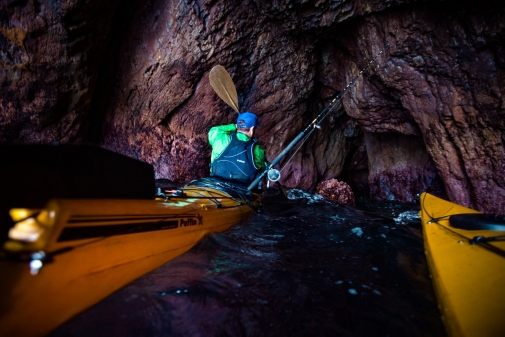 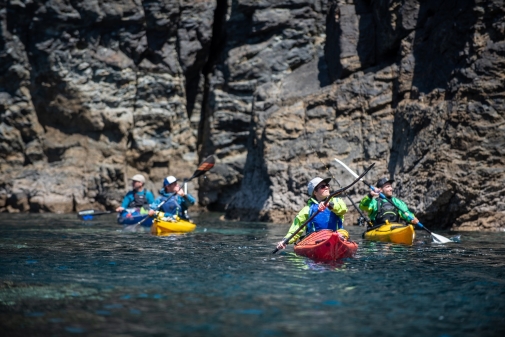 We left Rakitu and headed north into the open ocean toward the Northern Tip of Barrier. Dolphins joined our fleet as we passed the pristine white sand of Whangapoua Beach and out into one of New Zealand’s unsung wilderness areas. The ocean crashed into the rugged shoreline, offering a violent yet relaxing soundtrack to our paddle as we left the beaches behind us.

As well as epic scenery, Great Barrier is also home to a wide range of endangered species, particularly birds, including the North Island Kaka, Banded Rail, Black Petrel, New Zealand Dotterel, Oystercatchers and the Tui bird. Known for their unique chirping, a tuft of white feathers under their beak and, like Parrots, their ability to imitate human speech the Tui bird keeps you alert in the bush. 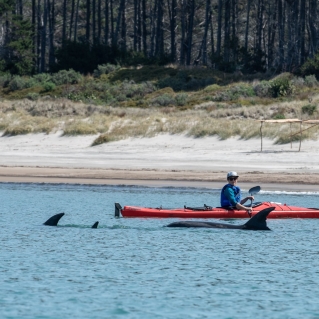 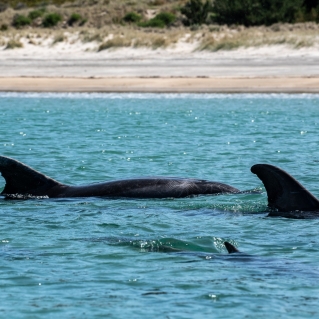 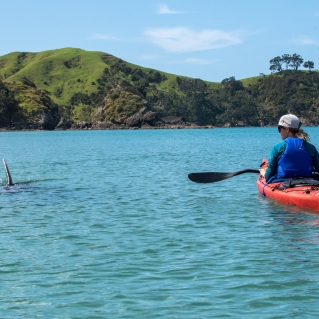 With nearly 60% of the island under Department of Conservation ownership, Great Barrier also has incredible hiking through conservation land. Exploring the island didn’t stop when we beached the boats. From lounging in the Kaitoke Hot Springs to climbing Mt. Hobson and exploring the coastal Harataonga Walkway there was endless adventures to take. 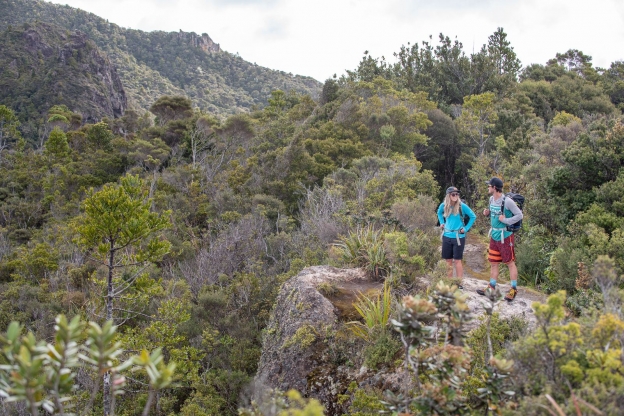 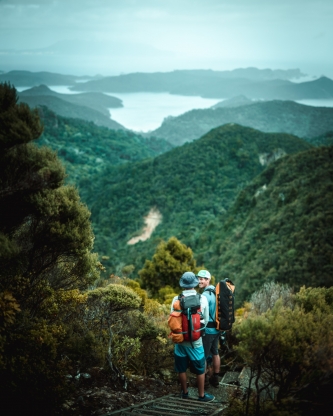 We headed west across the island to explore Blind Bay and Whangaparapara Harbour. Here the scenery changes from stunning beaches to sheltered inlets and historic sites showcasing New Zealand’s past. The first European settlers settled here in the mid-1800s as the whaling, forestry and mining industries were established.

And just like that, we beached our boats for the last time. Our seven-day mini-adventure was over but it left us only wanting more. 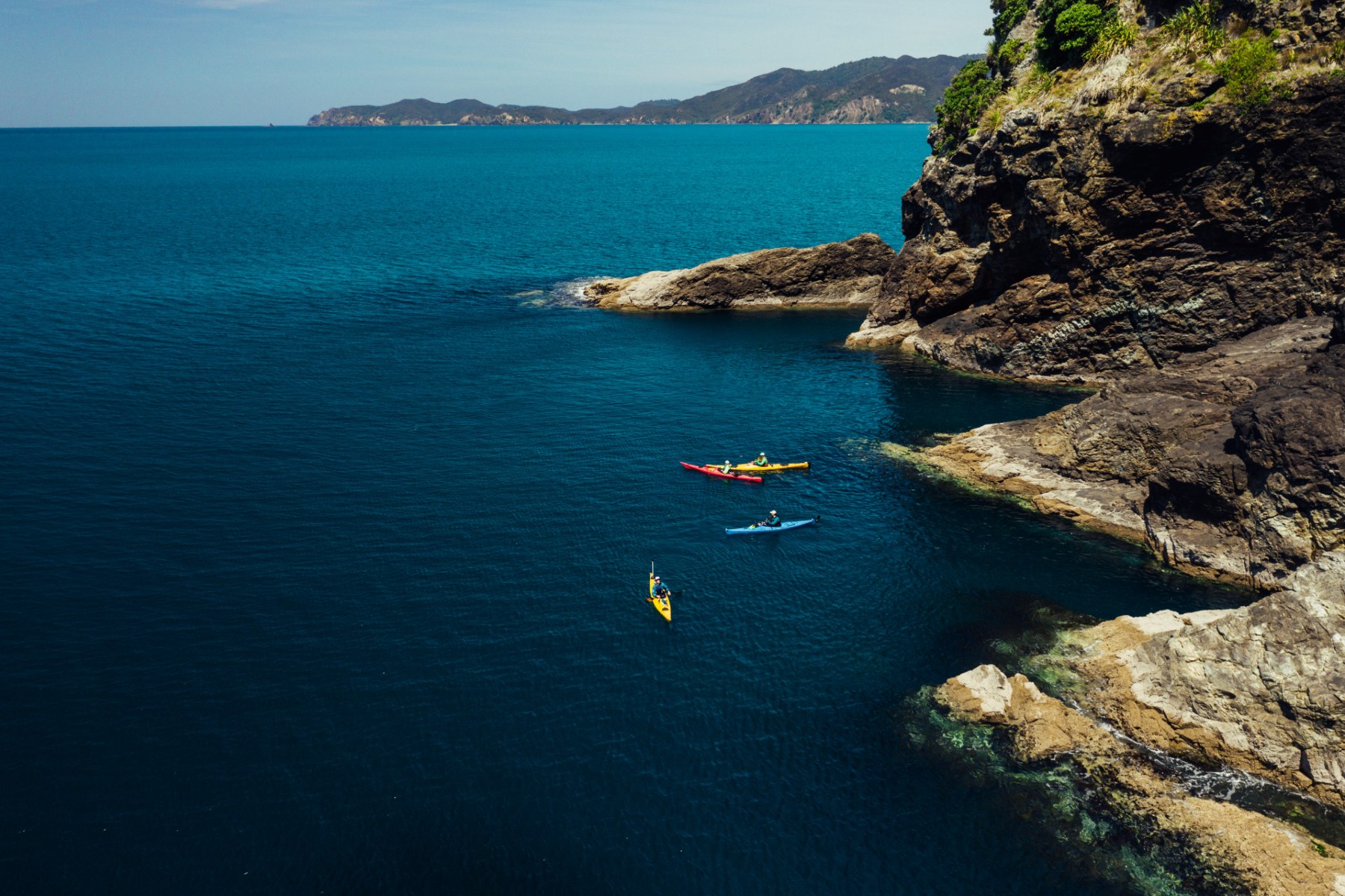