The Ganga (Ganges) River runs 2,704 kilometers southeast from the western Himalayas in the Indian state of Uttarakhand, emptying into the Bay of Bengal. Named after the Hindu goddess of purification, in the Hindu religion the Ganga River is pure and sacred. Hindus believe that bathing in the Ganga River will offer forgiveness of their sins, bringing them closer to moksha, or enlightenment. Pilgrims travel from all over the world to bathe in the Ganga and to disperse the ashes of family members. Unfortunately, ashes are not the only thing disposed of in the Ganga River, says Naina Adhikari, India’s top female kayaker. 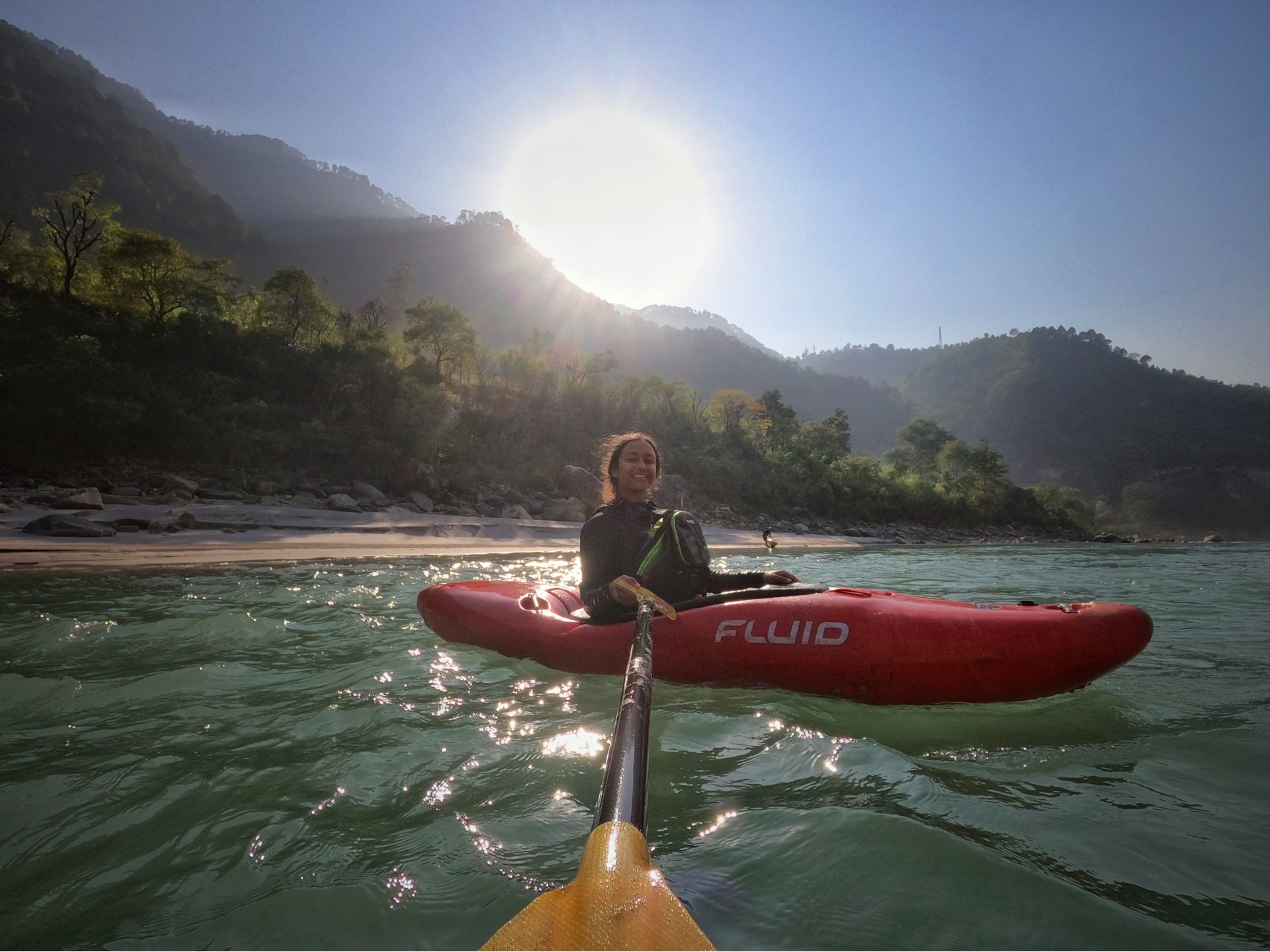 “It has become habitual for people to dispose of waste into the rivers. They do not realize the impact it has on the ecosystem,” Naina says speaking to the pollution in the Ganga River. It’s a problem that transcends environmental impacts. To revitalize the Ganga river is more than a movement to clean-up the river. “It is a movement to save India’s troubled soul that is polluted and stifled by crass consumerism and greed, disconnected from its ecological and cultural foundations.”

Valuing nature is a huge part of Indian culture. But in terms of the conservation of rivers, Naina says India is struggling. Population increases have put environmental concerns on the back burner. “The demand for power targets the rivers,” she says. “And the mass construction of dams and their resulting reservoirs will sooner or later destroy the rivers, harming the whole ecological system.”

But as the population in India grows, so does the kayaking scene. In the past 30 years, kayaking in India has blown up, evolving from a relatively unknown sport, to what it is today, with multiple international kayaking festivals, access to quality gear, and multiple paddling shops across the country. And yet, Naina—the top female kayaker in the country—is still one of the ONLY female kayakers in the country.

For Naina, the river doesn’t care about your gender, your social status, or the color of your skin. It treats everyone the same. “There is no gender discrimination in the sport [itself], but in the way we see things,” she says. The gender gap exists because of a socially constructed view of what are and aren’t appropriate activities for each gender. And in India, the rules for how men will act in society versus how women will act in society are strictly followed.

It’s still a taboo for women to swim or wear ‘swim trunks,’ making kayaking an unacceptable activity for girls as well. Luckily for Naina, her uncle disagreed. At 13, Naina’s uncle, Bhupendra Singh Adhikari, decided he wanted her to learn a sport that could boost her self-esteem, grow her self-confidence, teach her life lessons, and broaden her experiences beyond those that society deemed appropriate. Becoming India’s best female whitewater kayaker wasn’t his intention—just an impressive byproduct. “[He] always said that he just introduced me to it, the rest was on me,” she says. “Fortunately, I liked it and decided to continue.” 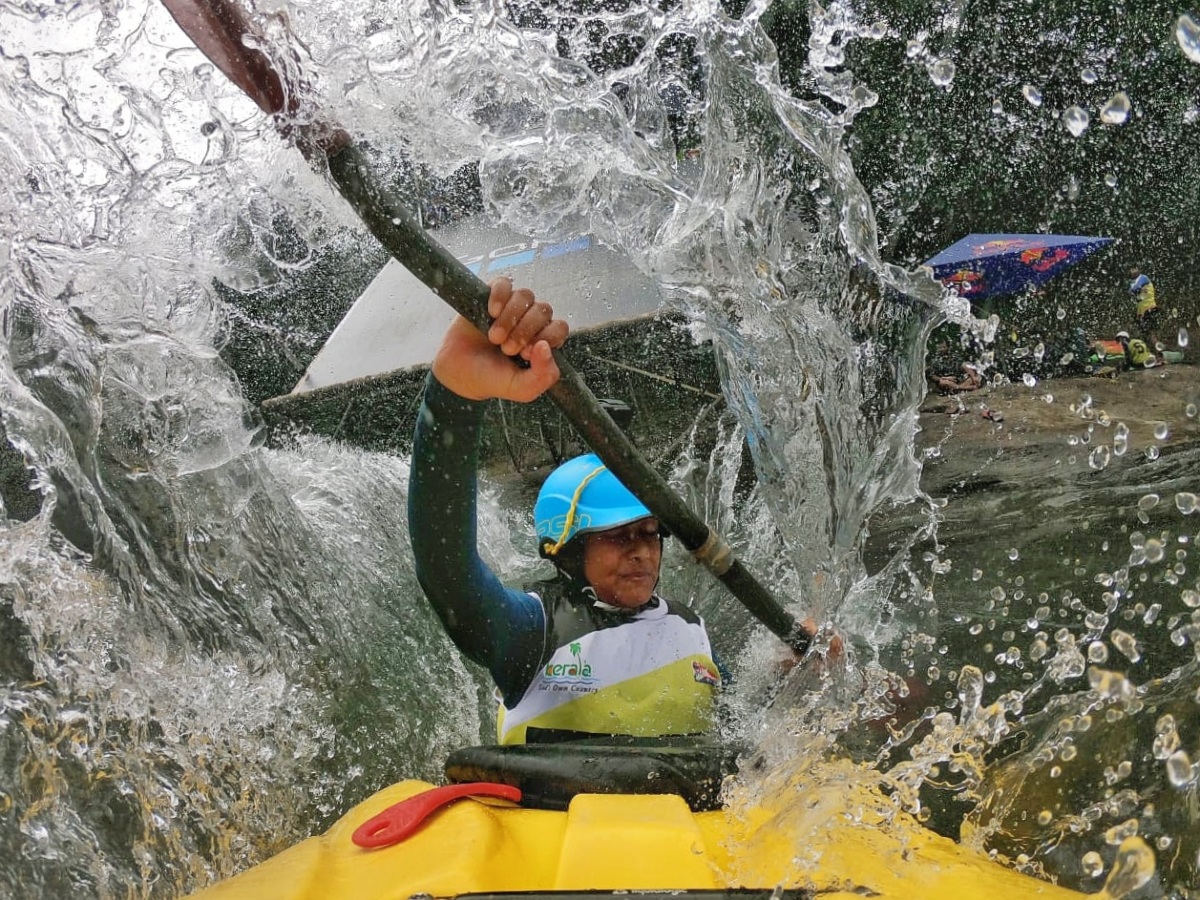 Despite her uncle’s encouragement, Naina had a tough entrance to the sport. “My initial days on the river were like a nightmare. I used to cry and get so scared of little things,” she recalls. “And seeing no other girls kayaking around me really made me question a lot of things.” She had no female role models to look up to, the tourists and locals stared and took photos of her; her relatives offered little support. “[They] used to taunt my father and my family, saying that he should be sending me to a Kathak dance class instead of sending me to a different city so far away and amongst boys. They talked a lot about my parents and how they let their 13-year-old do something so unusual.” Even her mother was against her kayaking.

On top of that, she lived 300 kilometers from the Ganges River. So, when she could make the trip to the river, fear and self-doubt haunted her on the water. But despite having everything working against her, Naina harnessed the self-doubt and turned it into motivation, rather than a deterrent. “I was 13 years old, so doing something different that very few women in India were doing was a huge thing for me… I knew that my fear of water could turn into my biggest strength, and I could make a platform for more young Indian athletes, especially girls. Because India has immense potential.” 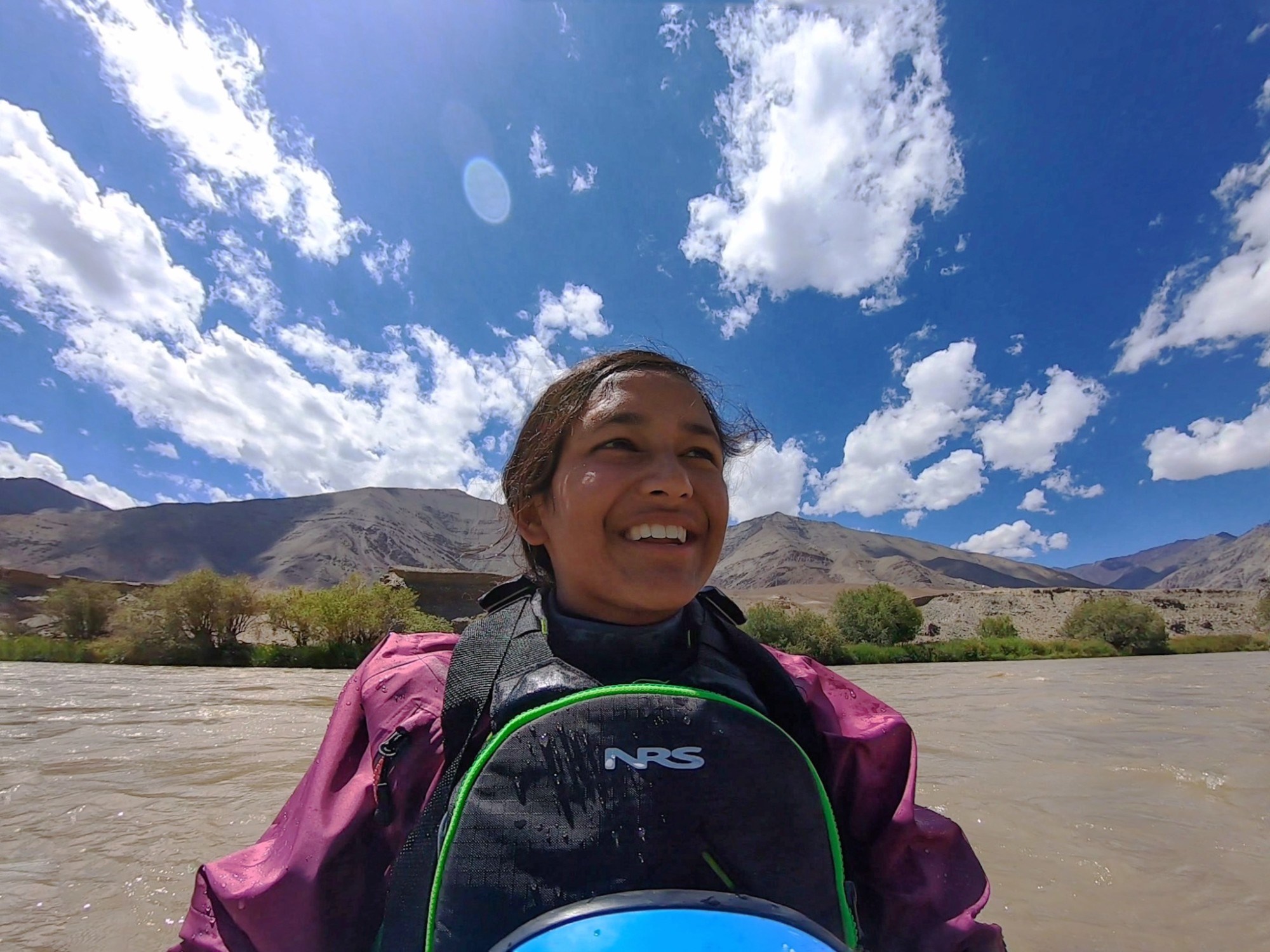 When Naina talks of India’s “potential,” she is referring to the numerous young, up-and-coming athletes in the country who have what it takes to make it big on the international scene. But what I think of when I hear the word “potential,” is the quickly growing list of accomplishments that Naina has herself.

At only 14, Naina entered the Ganga Kayak Festival. At her first international event, she executed such a stunning performance she was given the award for “best debut.” In the years since, her devotion to canoe slalom has dramatically increased her techniques and descending the Indus and Zanskar rivers have tested her big water skills, boosting her confidence. All her training eventually culminated with a first-place overall finish at the 2019 Ganga Kayak Festival. In 2020, she placed second overall, competing against a strong contingent of international competitors both years.

Naina has made the Indian National Team for canoe slalom twice, qualifying for both the Oceania Championships and World Championships each time. Competing in either would have given her the opportunity to showcase her skills internationally and win medals for her country. Unfortunately, the government declined to send the team at the last minute, putting the complete financial burden on the athletes and making it impossible for Naina to go.

Naina believes the kayaking community can have a positive impact on India’s growing environmental concerns. “The community has come a long way, and I feel that our next generation is going to be so much more aware of our surroundings and environment. So, if this sport is acknowledged and recognized like other sports in India, we could do wonders.”

One change, which could greatly increase the sport’s impact, is to open the sport to women. Females make-up nearly 50% of India’s population. Put simply, more female kayakers in India would increase the number of people working for the conservation of India’s rivers. “This community is like a family united by the river and for the river,” Naina says, “We would benefit by having more female kayakers.”

Naina’s stance is clear: India’s rivers are sacred and must be protected. She speaks of her country’s rivers with great pride, making sure to point out how fortunate they are to have such beautiful resources. And when she talks about kayaking, it is easy to see how passionate she is. “Kayaking is an emotion to me. The amazing people I get to meet, the experiences I get to live, the astounding places I get to travel, and a lifestyle which I cherish a lot.”

Through her kayaking, she hopes to inspire more Indian girls and women to take up the sport. “I want to do something in order to have more girls kayaking in India. I wish to inspire more girls to face their fears and overcome them in all walks of life.”

Her determination to inspire the next generation is also apparent through her goal of representing her country on the international stage. But despite being extremely determined to reach this goal, she is still able to remove herself from the competitive mindset and see the bigger picture. “I wish to qualify for canoe slalom world championships again and other international competitions and represent India. But most important of all, I want to work for the protection of our rivers, and if I’m able to contribute to it, then I guess it will be a greater achievement for me.”