Russell Davies vividly remembers running his first big waterfall, Lower Mesa Falls on the Henry’s Fork, a tributary of the Snake River. It was an experience that changed his life forever.

He ran the left side double drop and can still recall the feeling of looking back at the drop and the overwhelming sensation of being present in that moment. He quickly set safety and turned toward the falls to watch as his friend Davis Gove opted for the right side. For Russell, Davis is an instigator in his paddling evolution and the person who introduced him to running big waterfalls.

“I watched Davis go over the lip, hit the reconnect, and then disappear in the turbulent water below,” Russell said. He watched Davis’s boat surface and realized he was no longer in his kayak. When he finally found Davis in the churning water, he said “It was apparent something was wrong and I heard Davis mumble the words, “I broke my back.”

Russell sprang into action. For him, the intensity of working quickly to move a friend to safety was all too familiar after serving five years on the front lines in Iraq and Afghanistan. This was something he knew exactly how to do. Russell and the small group of paddlers swam Davis to shore and made a shaft back splint out of his broken paddle before placing him back in his boat to continue down river.

Two paddlers helped stabilize Davis, sandwiched on both sides and one tethered to his bow to guide them forward. The rest of the group hustled out and drove the vehicles to the nearest bridge to secure Davis and rush him to the hospital. That experience with Davis and his friends stands out in Russell’s mind. He said it lit a fire inside of him, something he was desperately seeking after leaving the military.

“It was the wakeup call I needed,” Russell said. “You set out on a mission knowing that risks are possible. Things can happen that leave you holding on with everything you have and counting on that small group of people to help you when shit hits the fan.” 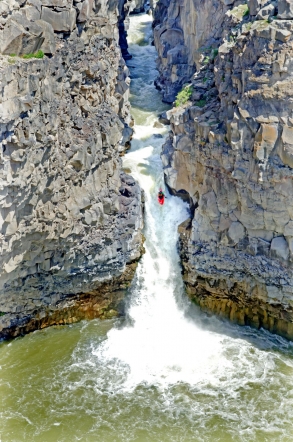 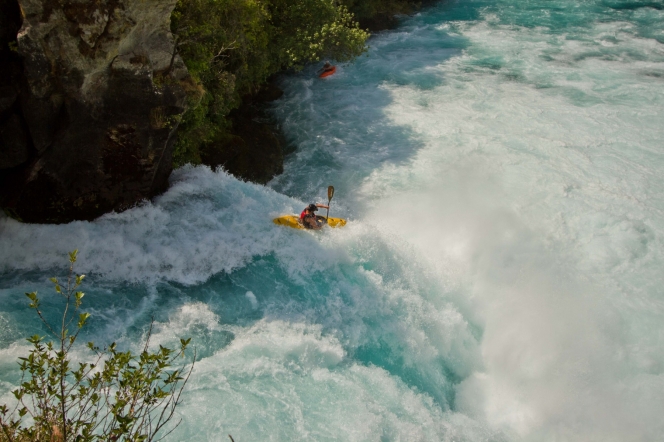 Russell joined the military as soon as he turned 18 and after basic training was assigned to the Army’s 101st Airborne Division. Before his 19th birthday, he was deployed to Iraq.

“I wanted to be on the front lines,” he said.

During his first tour, Russell found himself in the midst of intense fighting where multiple soldiers were lost. Even so, Russell moved up the ranks quickly to sergeant and was soon assigned his own squad, training soldiers for combat. Less than a year later, they received orders to deploy to Afghanistan.

“The combat in Afghanistan was relentless; we had limited supplies and constantly found ourselves pinned down by enemy fire requiring air support to make it out alive,” he said. Russell explained that they often found themselves without enough vehicles to go out on mounted patrols because of the improvised explosive devices (IEDs), which are commonly used in roadside bombs. 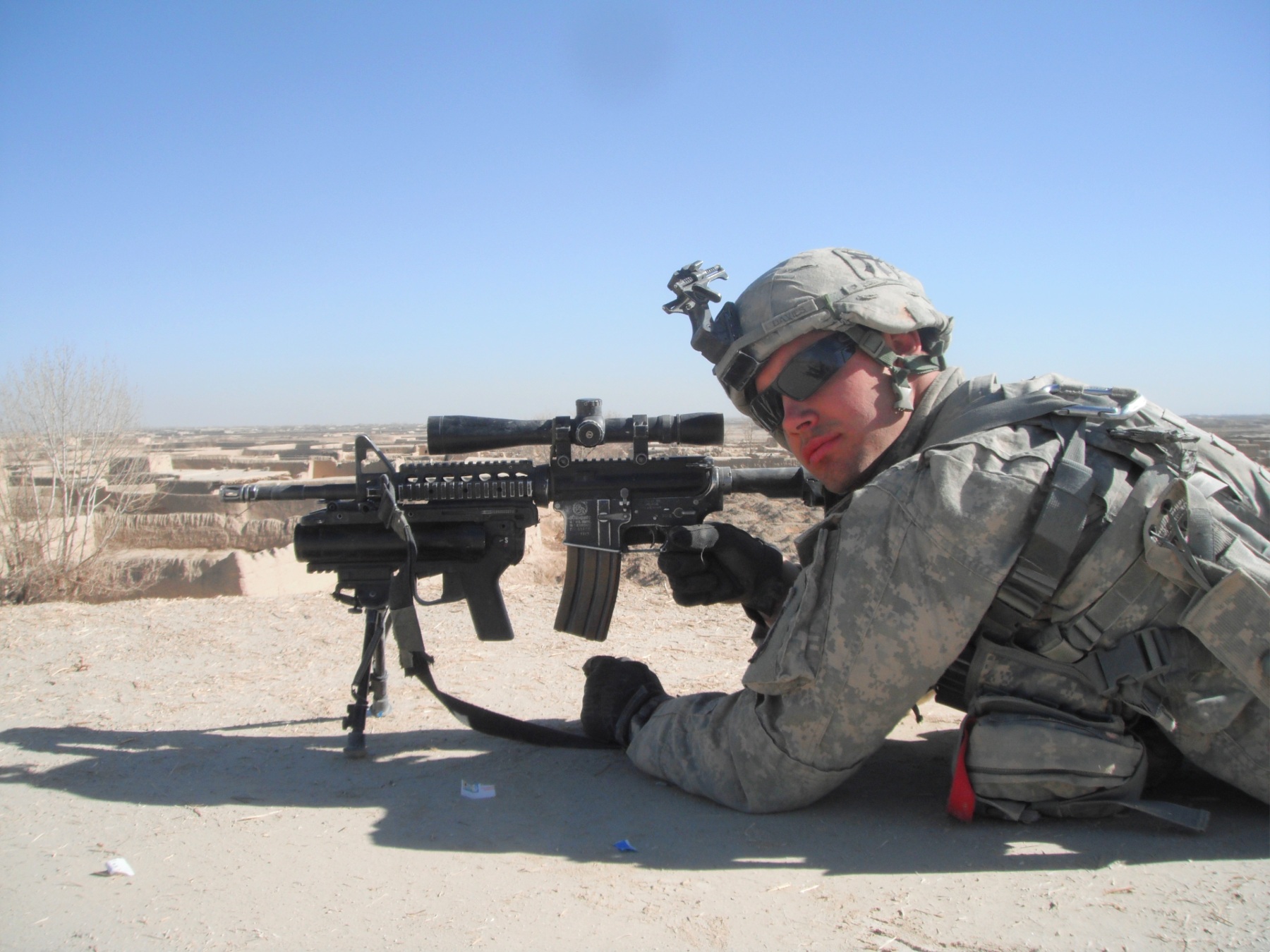 “We soon found ourselves basically foot patrolling or being flown into hostile areas by Black Hawks and Chinooks [helicopters],” he said. “They would drop us off for days on end. The mission was simply to come into contact with the enemy and try to kill or capture.”

The combat was incessant, so nonstop and dangerous that Russell, and about half of his squad, received Purple Hearts, a military decoration awarded in the name of the President to those wounded or killed in action. Russell recalled one situation while out on patrol when the truck he was riding in hit an IED and severely injured almost everyone except him.

“The truck was destroyed, and I knew I had to get the wounded to the medic,” he said. “As soon as the door dropped, the enemy opened up with machine gun fire and mortars. I dragged and carried the wounded one-by-one across open fire. We were running out of time.”

On his last run to the destroyed truck, Russell was able to secure a 60mm mortar tube, a muzzle-loading, high-angle-of-fire weapon used for close-in support of ground troops and a weapon deployed extensively in Afghanistan. He was able to fight off the opposing fire to eventually call in a Medevac and get the wounded soldiers to safety. Amazingly, everyone survived the attack and Russell was awarded the Army Commendation Medal with Valor for saving the lives of 24 soldiers that day. 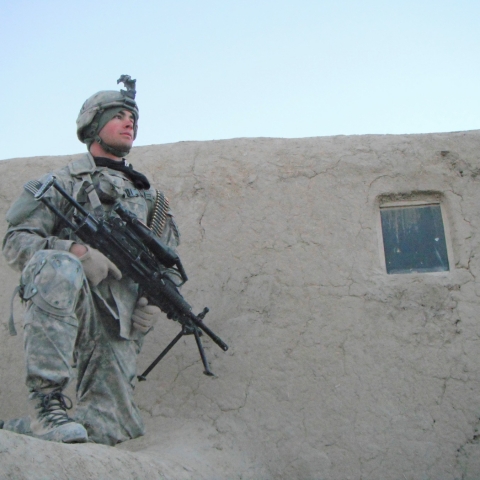 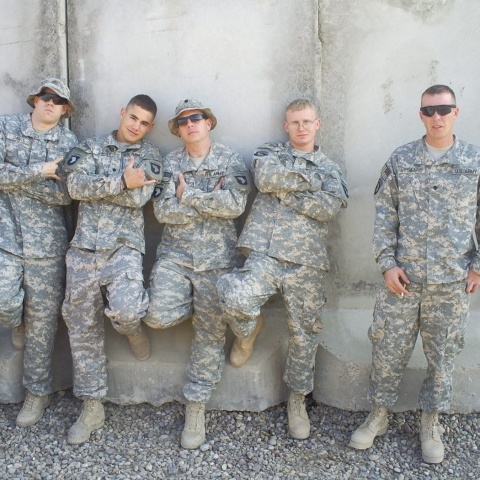 When Russell came home, he struggled with the transition back into the ‘civilian’ lifestyle, as many veterans do, plagued with Post-Traumatic Stress Disorder (PTSD), a psychiatric disorder that can occur in people who have experienced or witnessed a traumatic event, such as the combat events in Iraq and Afghanistan. According to the U.S. Department of Veteran Affairs, as many as 20 percent of the veterans who served in the same timeframe as Russell came home with PTSD. Overall, more than 8 million veterans suffer from PTSD.

“While serving in the military I didn’t have time to paddle,” he said. “Instead, I was staying up late partying and getting into trouble. I realized something needed to change and looked back into my past and what provided happiness as a child.” He decided to get back into a boat.

Russell grew up in a family that was constantly camping and rafting in the rivers around his hometown of Pocatello, Idaho. Around the age of 11, his dad started kayaking and he immediately wanted to do the same. Soon after he started kayaking again, he found himself on the river with Davis, brought back to the same instincts he’d found on the battlefield.

“The raw intensity of kayaking expeditions when you are locked deep down in a canyon with nothing but Class V whitewater on the horizon and a team so tight knit that you can trust them with your life reminded me of similar scenarios from past missions in the military,” he said. “It was an eye-opening moment in my life when I decided to stop running from the idea that this is who I am now and instead embraced it.”

He continued, “When things go from bad to worse and your life is on the line, you know damn well that the people on that mission with you will do everything in their power to save you, even if that means risking their own life—and you’d do the same for them.” 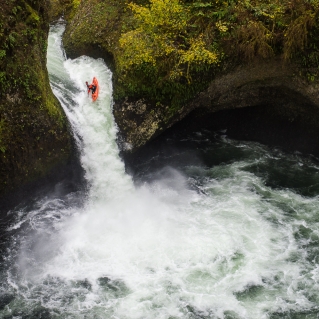 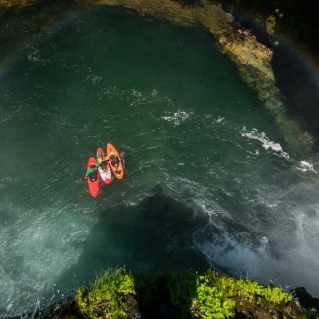 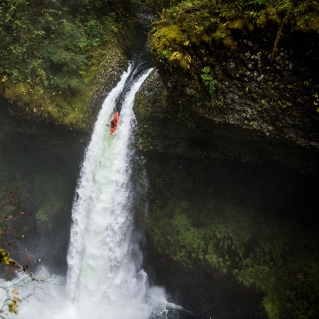 He started with an awareness campaign to make the connection between the outdoors, action sports and PTSD, but soon after, he lost another friend, someone he’d grown up and served with. According to a U.S. Department of Veteran Affairs report, 17.6 veterans take their lives every day. Awareness was no longer enough, so he did what he did best and took action.

In 2017, with the help of his friends, Russell created Professional Transformation Sports Development (PTSD), a nonprofit dedicated to helping struggling veterans find a new positive passion in life through outdoor action sports. PTSD programs allow veterans the opportunity to participate in a fully-funded two-week introduction course to action sports, including skiing and snowboarding, mountain biking, rock climbing and kayaking. PTSD covers every expense from flights and accommodations to food and, and all the necessary gear.

“If more veterans could access this sense of lifestyle it would better them both mentally and physically,” he shared that it’s something he and all the veterans he’s met agree on. “It doesn’t take long before those friends become family. The river is your battlefield and your objective is to safely navigate the rapids, but just like in combat, shit can hit the fan and have you offline, holding on with everything you got, and praying you make it out alive.” 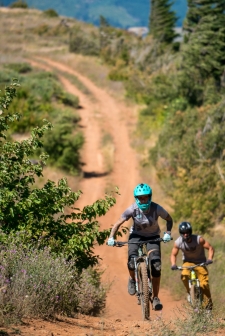 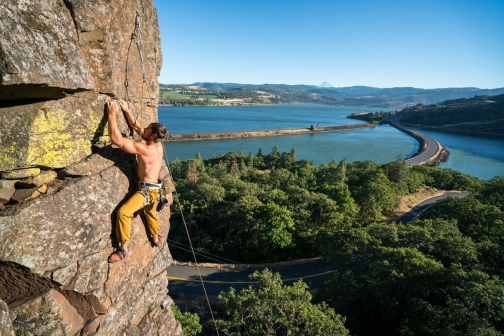 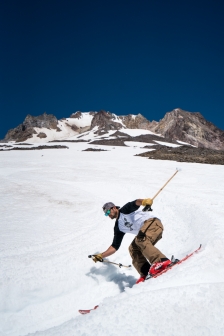 He continued, “The camaraderie is almost exactly that of the military. Friends from all different walks of life coming together for one common love of kayaking.”

Many of the veterans joining PTSD courses often know very little about their chosen sport, but after the two-week immersion, they leave with the knowledge, tools and gear to fully pursue the sport to the best of their ability when they return home.

Most recently, Russell is expanding PTSD through his involvement with NRS’s LEAD Ambassador Program, a new group of influential changemakers in the paddling community who are working to break down barriers to the outdoors. In addition, he and his team are aiming to grow as quickly as possible.

“We currently have a large list of veterans patiently waiting to participate in one of our classes,” Russell said, so it’s all about scaling up and providing more access for veterans to unlock the healing experiences of the outdoors and action sports. Russell and the PTSD team are working to raise funds to secure a facility, so they can host more veterans throughout the year and are also hoping to launch another chapter in the future.

“It’s healing, humbling, and therapeutic all at once,” Russell said. “The river allows you to push yourself both mentally and physically, and when you can do that it makes you 100 percent in the moment. When you’re on the water it provides crucial clarity, and I am a firm believer that you can flush out old traumatic experiences with new accelerating ones.”

If you are interested in donating, volunteering or know a veteran who could benefit from the PTSD program please visit their website at www.ptsdveteranathletes.com. 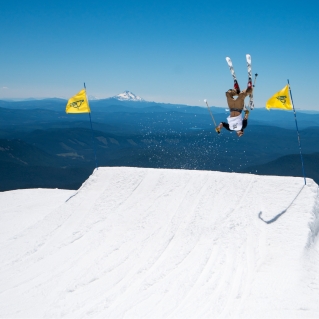 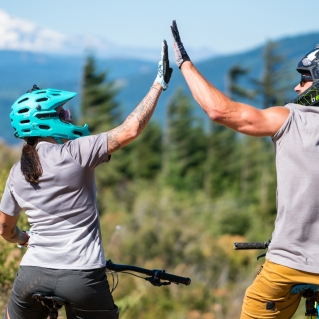 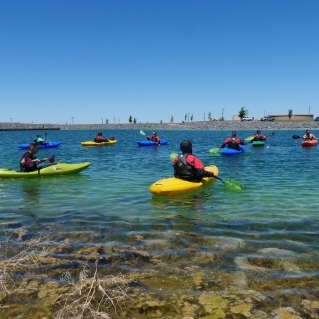 Editor’s Note: Guest contributor Emily Nuchols is a writer, river advocate and the founder of Under Solen Media, a Portland, Oregon-based creative company with a cause. She has also been known to throw one hell of a party and wholeheartedly believes that celebration is at the core of great work—and that we can save the world one party at a time. Cover image by Jasper Gibson.